With sanctions against Russia prohibiting the import of AK rifles and parts from the motherland, it’s been tough for American AK owners. But it’s also opened up opportunities for companies like Arizona-based Lee Armory to really shine. The Lee Armory AKM is as American as an AK can get.

While just about every AK found in the U.S. starts as parts shipped from another country, one way to tell that you have a good one is look at the rivets. The rivets are what mortar is to a brick house. They ensure the gun actually holds together and works properly! 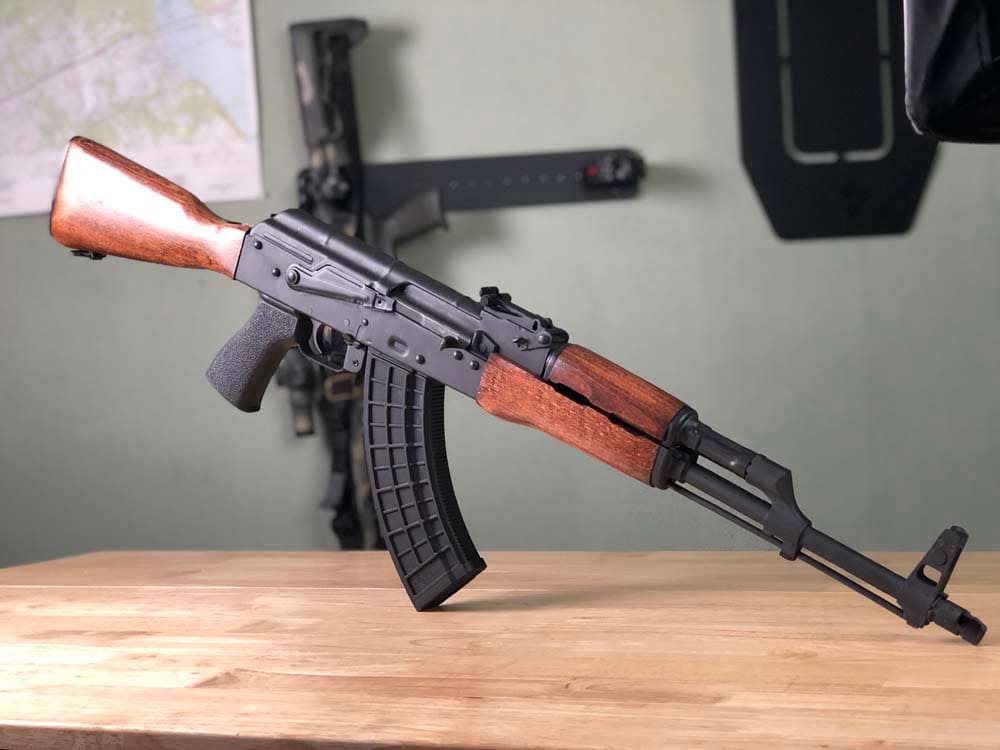 With a Lee Armory AK, there’s no frills, bells or whistles. The rifle will test your shooting abilities and you’ll love it for that. (Photo: Ben Brown/Guns.com)

Lee Armory hand presses Russian spec rivets into their receivers. On inspection, rivets on my Lee Armory AK were on point. They were tight and flush against the receiver and the holes they’re in weren’t elongated in any way.

On the range, I took the Lee Armory AK out to 350 yards and had some fun on some steel. Shooting Wolf steel-cased ammo, it was boringly reliable. The iron sighting system on AK is already somewhat limited by its short radius and miss aligned irons would only put me at further disadvantage. This AK on the other hand was an absolute pleasure to shoot with irons only. 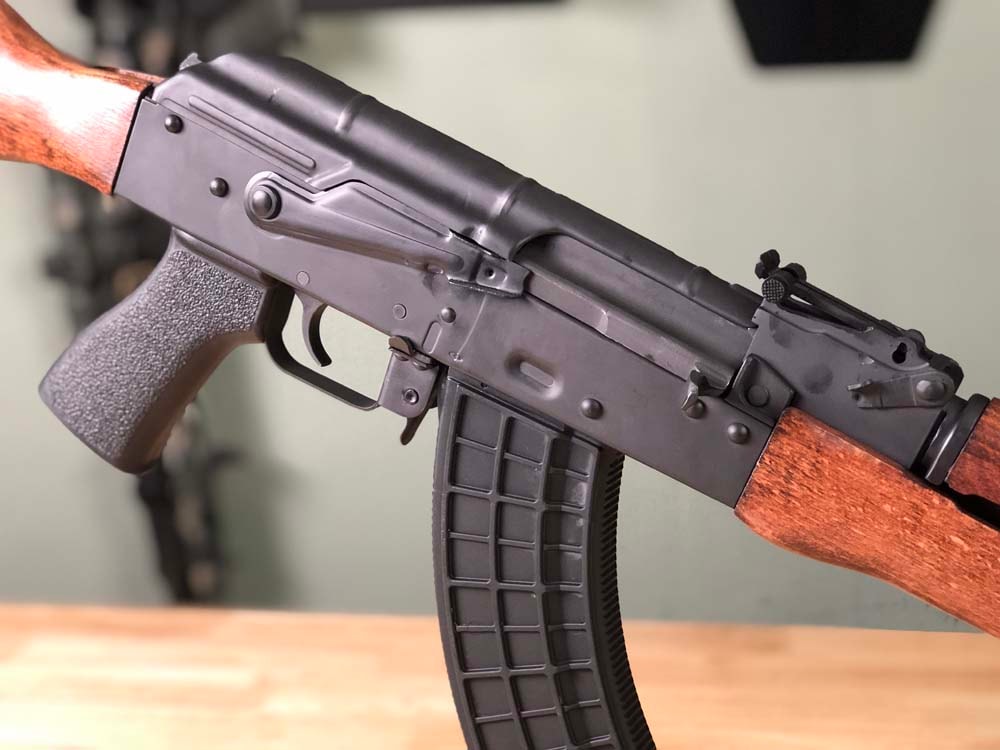 Functionally, the Lee Armory AK had a perfectly straight front sight post with a very fine rear aperture that had adjustments out to 1,000 meters. I cannot tell you how many times I have picked up an imported AK and looked down the sights only to see that the front post was crooked. That is an instant deal breaker for me.

The first rifle I ever bought was an AK-47, but I’ve since gotten away from the design. Needless to say, this rifle brought back a lot of memories. In general, AKs are simple firearms. There’s no frills, bells or whistles. Nothing to aid you in mitigating recoil or running the gun faster. It’s all focus and fundamentals. Lee Armory meets that standard. This is a rifle that will test your shooting abilities and you will love it for that.