What is the National Firearms Act? 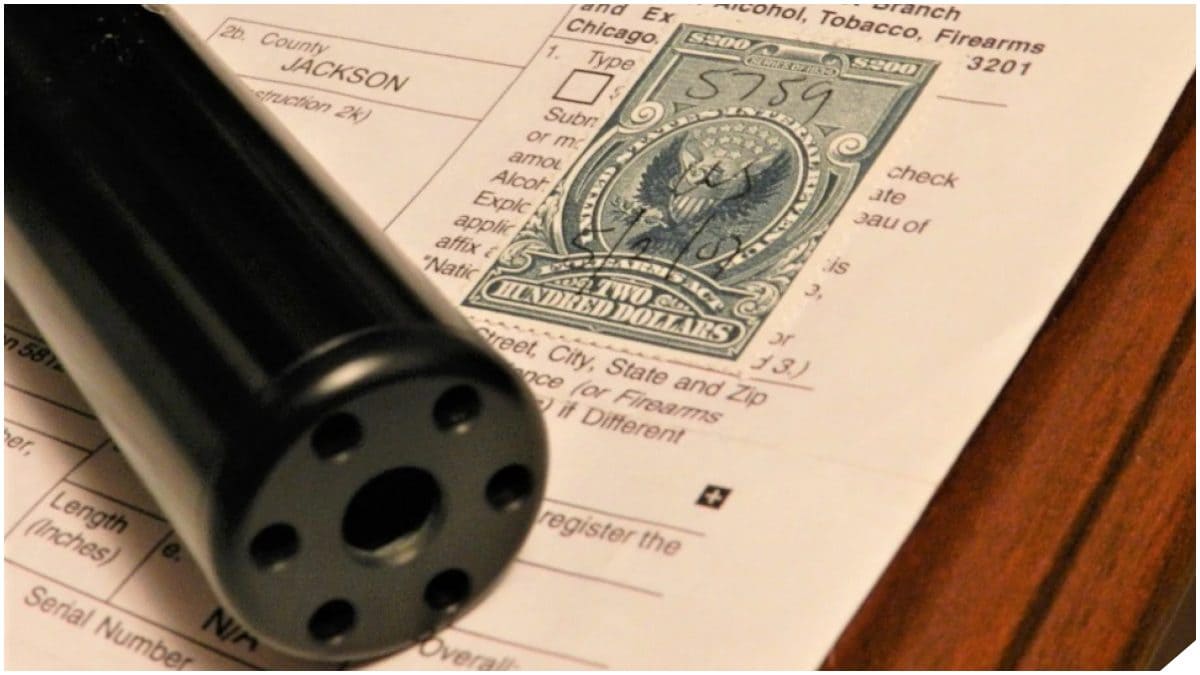 $200 tax stamps are legally required to own most NFA-regulated items, such as suppressors. (Photo: Chris Eger/Guns.com)

The 1934 law that regulates many of the cooler items in the gun world, the National Firearms Act and its associated taxes raises many questions. Here are some answers.

How did the NFA make it into law?

Introduced into the 73rd Congress on May 28, 1934, as H.R. 9741 by U.S. Rep. Robert “Bob” Doughton, a North Carolina Democrat, the legislation sailed through Capitol Hill in less than a month. For historical perspective, the country was amid the Great Depression and lawmakers in the same Democrat-controlled Congress also sped the Securities Act, which established the Securities and Exchange Commission, and the National Industrial Recovery Act, which established the Public Works Administration, to the waiting hands of President Franklin Roosevelt for signature. The measure passed both chambers on a voice vote, with no record of which lawmakers approved it.

The bill that made it through Congress was watered down compared to other proposals at the time, such as HR 9066. Introduced by U.S. Rep. Hatton Sumners, D-TX, H.R. 9066 contained most of the same regulations and restrictions as the NFA but also targeted handguns and added a $5,000 yearly tax on firearm makers and importers. When adjusted for inflation, that figure would approach $100,000 today.

What does the NFA regulate?

While the new law did not outright ban the items under its control, it did require that shotguns and rifles with barrels less than 18 or 16 inches respectively in length, machine guns, firearm “mufflers and silencers” and firearms such as cane guns described as “any other weapons” be regulated and a tax established that was due whenever the device was made or transferred. Likewise, those who produced such items would have to pay a special occupational tax. The base price for most of these taxes was set at $200 per item, per transfer. This was the equivalent of about $3,800 in 2019 dollars.

As noted by the Bureau of Alcohol, Tobacco, Firearms and Explosives, which was originally part of the IRS until 1972, “The $200 making and transfer taxes on most NFA firearms were considered quite severe and adequate to carry out Congress’ purpose to discourage or eliminate transactions in these firearms.”

Today, the NFA controls the making and transfer of short-barreled rifles (SBR), short-barreled shotguns (SBS), silencers/suppressors, machine guns, AOWs, and destructive devices — with the latter something of a “catch-all” that includes everything from live grenades to anti-tank guns. Registration and tracking of such items are included in the National Firearms Registration and Transfer Record, or NFRTR.

As of February 2018, over 5.5 million items were carried on the record:

Has the NFA been challenged?

As with many controversial laws, the NFA has been the target of numerous legal challenges over its existence. This included the 1937 Sonzinsky case before the Supreme Court, which upheld the law as a valid exercise of the taxing power of Congress. More recently, the office of the current Solicitor General of the United States, Noel Francisco, used Sonzinsky in defense of the NFA in a challenge to the nation’s highest court in the case of a Kansas man found guilty of an NFA violation.

Jeremy Kettler in 2017 was found guilty of violating federal laws concerning the manufacturing and selling of suppressors and was given a year’s probation on a single count of possession of an unregistered NFA item. With the conviction upheld on appeal to the 10th U.S. Circuit last October. Aided by gun rights groups, Kettler appealed his case to the Supreme Court in January, arguing that the NFA is unconstitutional and that it is a money-losing tax that produces no effective revenue for the government while effectively criminalizing the devices it controls.