GunBlast’s Favorite Guns and Their Stories

As the host of GunBlast, Jeff Quinn has acquired a massive collection of firearms over the years. While he has duplicates, Quinn has a story for each one. What I found interesting, though, is how similar his stories were about some of his favorites. The tales involved a mix of appreciation for the history and craftsmanship, but also just getting a good deal.

Thumbing through the shelves, the first gun Quinn pulled down was a Winchester 1894 that was actually made in 1895. He found the iconic lever-action rifle on his trek out to the bi-annual Wanenmacher’s Tulsa Gun Show, one of the biggest shows in the country. “I love the Tulsa, Oklahoma gun show,” he said.

Quinn explained he stumbled across the old Winchester at a table with a few other rifles and pistols. The man working the table was engaged in conversation, so Quinn took it upon himself to check out the rifle. He looked it up and down, noticing the half-round and half-octagon barrel. “Whoever bought this originally was well-heeled because that (feature) was a two-dollar and fifty-cent option back in 1895, so that was a lot of money back then,” Quinn said.

When he saw a break in the man’s conversation, Quinn chimed in. “Sir, what do you want for this rifle?” he asked since there was no price tag on the gun. “I thought he said $1,350, so I looked at it (again),” Quinn said. As he inspected the rifle, the man returned to his conversation.

To Quinn, everything about the rifle looked good, but he only had $1,200 tucked away in his boot and he wanted the rifle, so he figured his only shot was to barter. He waited again for the man to quit talking again.

“Sir, cash money. What will you take for that rifle?” Quinn asked the man. While the man didn’t budge, his response was surprising.

Quinn agreed to pay, but that wasn’t the only surprise that day. As he carried the gun around the show — because he rode his motorcycle out to Tulsa that day — he got an offer for the gun to the tune of $5,000.

Quinn figures if it was worth it then, it’s still got to be in that range. “I’m glad I hung on to it,” he said.

For some years Quinn had been on the hunt for a replica Remington rolling block rifle. Like the kind that they used to hunt buffalo with in the 1800s. He wasn’t having much luck, though.

He talked to a friend who owned one and a contact of his at the Remington Custom Shop, which made them, but got nowhere. “I asked if they had any more of these actions … he said nope we don’t have anymore so I’d pretty much given up on it,” Quinn said.

Then, he made it back out to the Tulsa gun show. He found one just sitting on a rack. “Unfired. Picked it up serial number 55 — early rifle,” he said. On to top of that, the seller only wanted $800. “I didn’t even argue with him. I just handed him the money and was glad to get it.”

Quinn explained the action alone is worth more than what he paid. “I was glad to find that rifle. That’s one of my favorites,” he said. 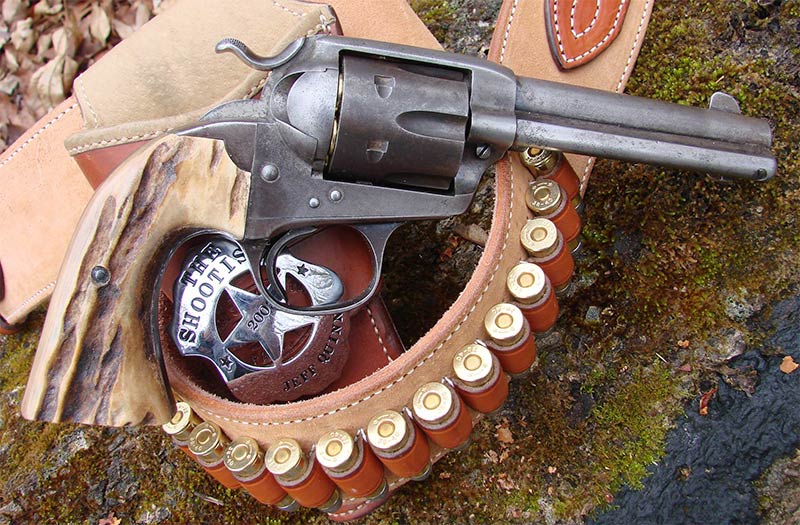 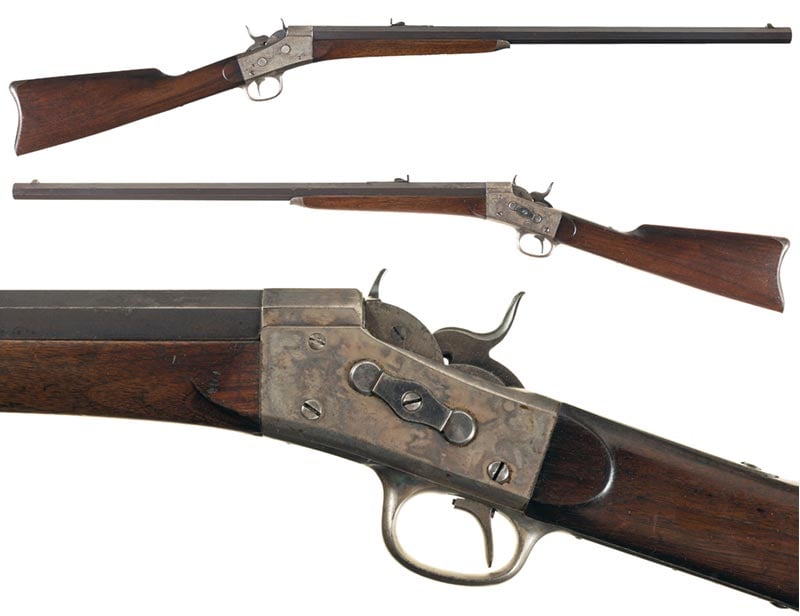