Rex Firearms recently brought its entry into the already crowded polymer striker-fired arena, releasing the new Rex Delta. This 9mm handgun caters to the concealed carry crowd with an overall design that is completely different from Rex’s previous handgun lineup. Usually nervous when a manufacturer breaks away from the norm, I was curious to see how the Rex Delta would stack up against the other popular polymer concealed carry options.

You will be hard-pressed to find a smaller, lighter, 15-round capacity, compact handgun than the Rex Delta. With a width of 1.8-inches, it is one of the thinnest double-stack handguns available today. The gun features an overall length of 7-inches with a 4inch barrel and weight at 22-ounces unloaded. When carrying the Rex Delta with a weapon light, it feels more like a small single stack 9mm than a Glock 19 sized compact. The trigger weight is just under 6-pounds with an abrupt but audible reset. 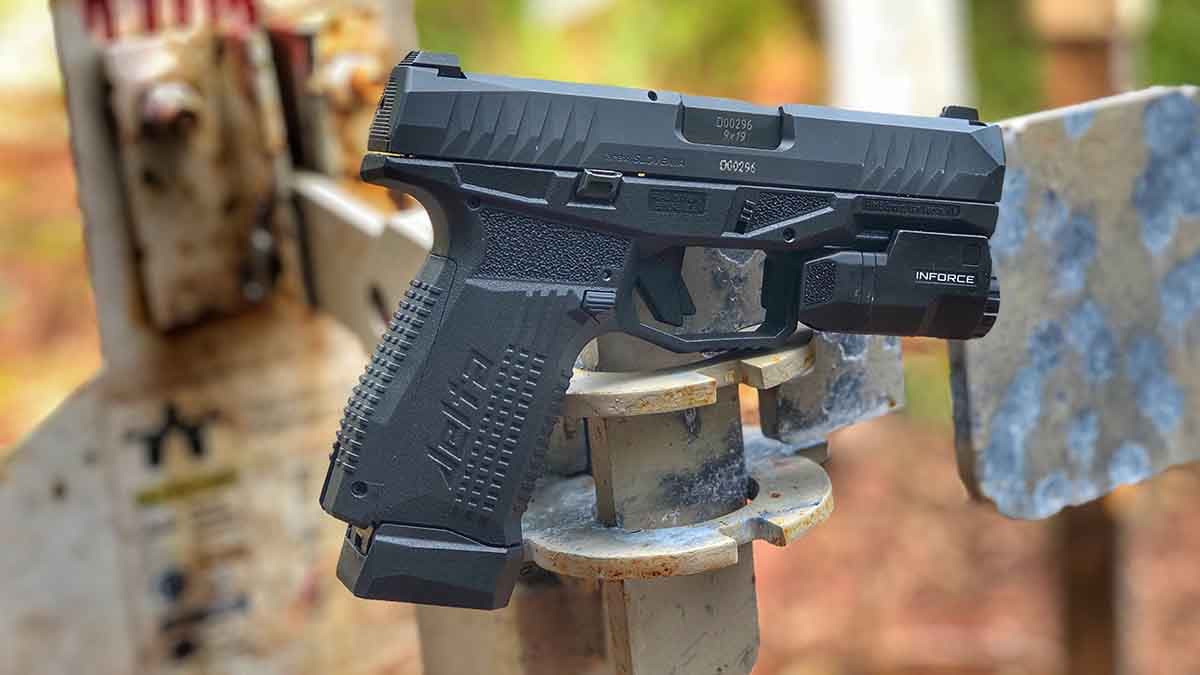 Magazines can often be a choke point for concealed carry handguns. Rex Firearms did it right, though. Included with the Rex Delta are one 15-round and one 17-round magazine made by the hall of fame manufacturer Mec-Gar. Not only are these mags reliable but they are readily available if you should need more for training, competition or if you need a few spares.

While the Rex Delta occupies that newer handgun space, finding a holster to carry it is easier than you think. Conveniently, the Rex Delta shares a similar profile to a Glock 19, even though it’s smaller, which means some Glock holsters will work with the Delta. Word of caution – not all Glock holsters will fit due to varying retention points, but it’s worth checking out. In my case, the Glock 19 light-bearing holster from Hazmat Holsters worked perfectly and to the untrained eye, it would be hard to tell the holster wasn’t actually built for the Rex Delta itself.

Most importantly, the Rex Delta feels great to shoot, despite its smaller size. The grip has a high beavertail allowing for a high purchase on the handgun. This places the bore axis a little lower in the hands which makes mitigating recoil easier. The grip also offers three different sized back straps to fit a variety of hand sizes.

For their first attempt at a polymer striker-fired handgun, Rex Firearms nailed it. They listened to consumers, delivering a handgun packed with a majority of popular features. To top it off, the Rex Delta comes to market with an MSRP of $479.99 – meaning street price will be quite competitive, around $400.