Found on Guns.com: The Browning Hi-Power

The Browning Hi-Power is considered by many to be one of John Moses Browning’s crowning achievements. He began the design process in 1923 for a French military contract that required a sidearm of more than 10 rounds.

Browning didn’t live to see the completed design, Dieudonne Saive finished it in 1934. While the French ultimately passed on the design, the Hi-Power went on to see extensive action in many conflicts including by both sides in World War II and is still in active military service around the globe today.

The 13+1 capacity was ahead of its time which is the likely reason so many countries adopted the sidearm for their military. 68 countries have had the Browning Hi-Power as their primary sidearm, making it ubiquitous the world over. It was first used by the Belgian military in 1935 as the P-35. The pistol has withstood the test of time and is still used by some militaries today, including Australia and Canada.

The all-steel gun is a bit on the heavier side, weighing in at over 2 pounds. However, that extra weight is one of the reasons the gun feels so comfortable in the hand. It also aids in lowering felt recoil while helping the gun stay on target.

Sadly, Browning shuttered production of the famed pistol in 2017. Many Hi-Power pistols still exist in the world today, but the lack of production is increasing their value among collectors and enthusiasts. While any number of Hi-Power clones by companies such as FEG in Hungary, Tisas in Turkey and Arcus in Bulgaria have been produced, none are true Brownings.

See a great mix of Browning pistols, rifles, and shotguns on Guns.com. 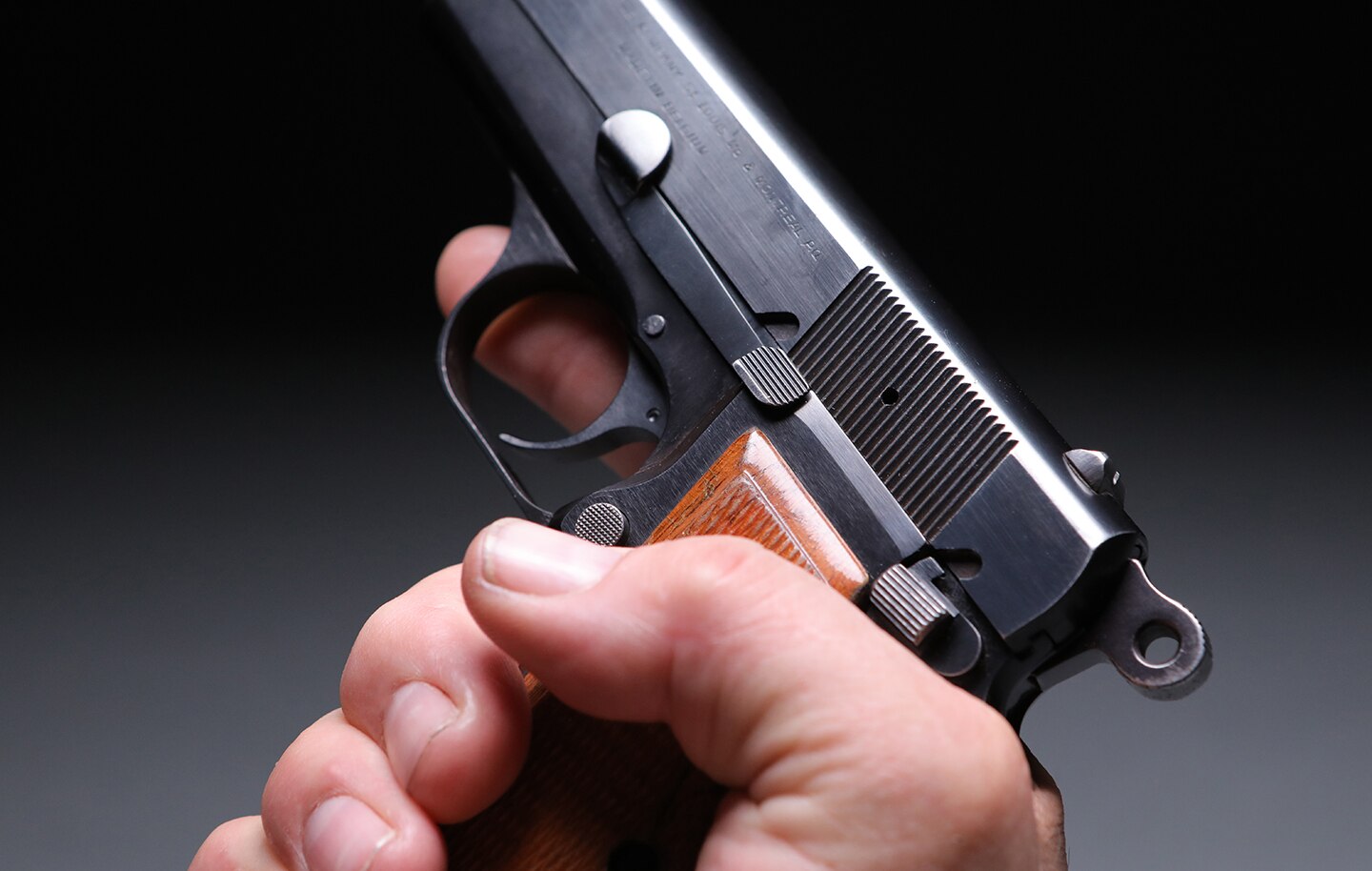 The Browning Hi-Power is a classic gun that feels great in the hand (Photo: Don Summers/Guns.com) 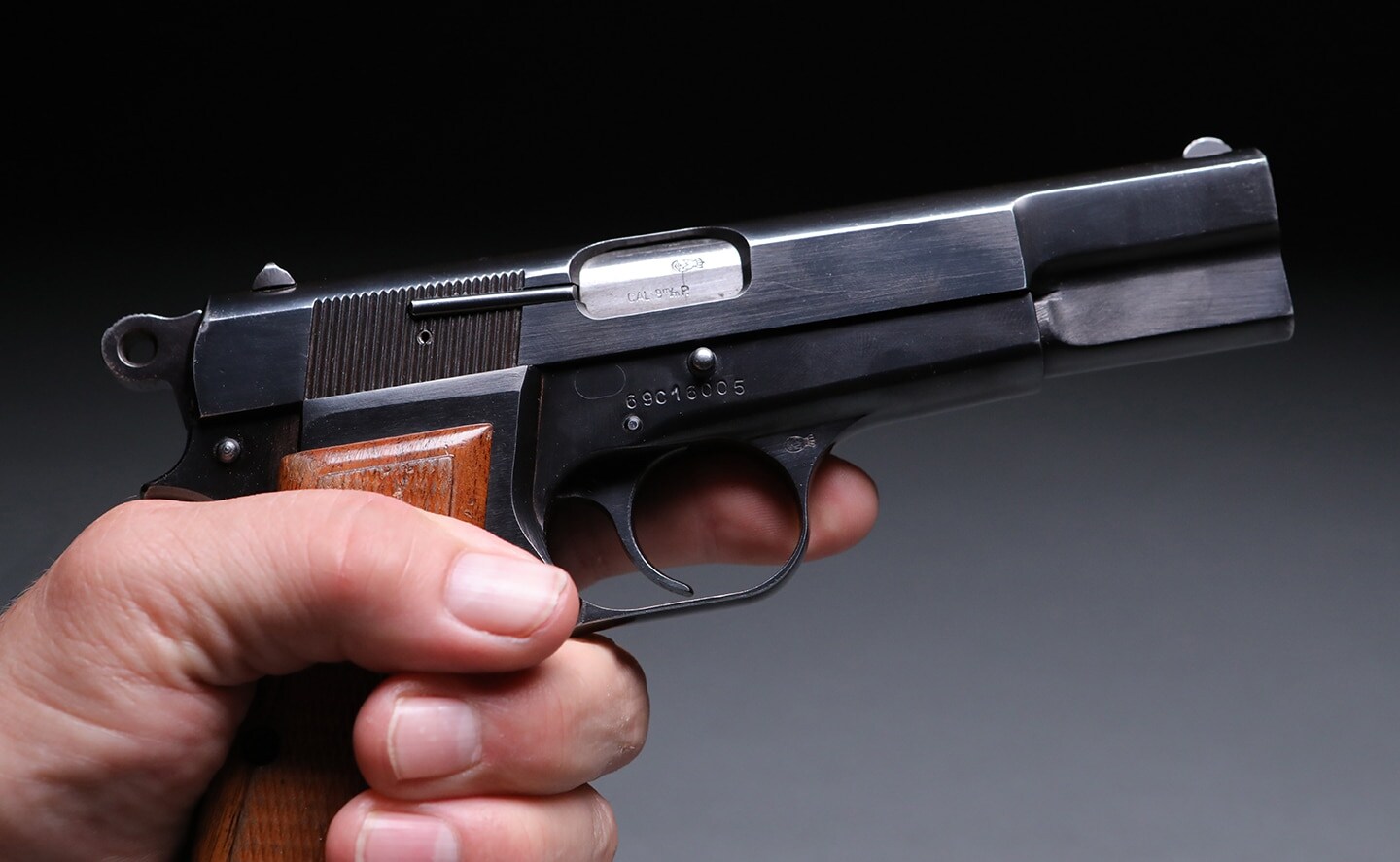 The all-steel guns have a barrel length of 4.5 inches (Photo: Don Summers/Guns.com) 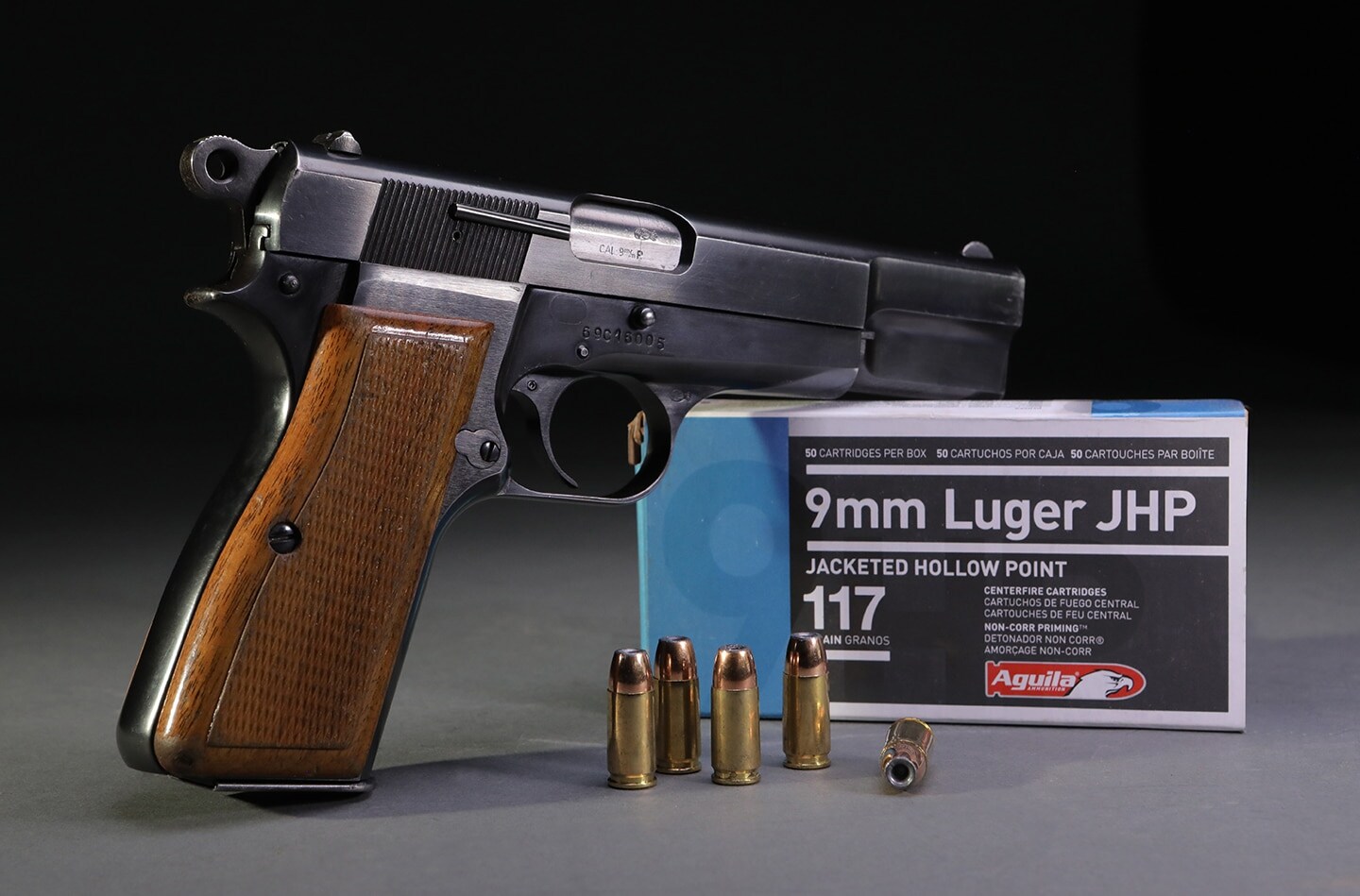 The Hi-Power ate through all the Aguila we could feed it (Photo: Don Summers/Guns.com)