In a year dominated by all things long-range, it’s difficult for one rifle to stand out above the rest; yet a factory production gun is taking on the rifle arena, looking to meet other rifles head-on. Meet the Savage 110 High Country.

Building on its growing family of AccuStock, AccuFit and AccuTrigger outfitted Model 110 bolt actions, Savage has produced the Savage 110 High Country for hardcore hunters. All metalwork is stainless steel and coated with Coyote Brown PVD — a coating that can be used on parts with extremely tight tolerances.

A spiral fluted bolt and barrel are classy touches that go beyond the aesthetic to both shave weight and aid in heat dissipation. The True Timber Strata camouflaged stock makes use of the adjustable AccuFit system for both comb and LOP customization. Savage’s AccuTrigger is user-adjustable, and the AccuStock means there’s an internal chassis supporting the action for impressive factory performance and downrange accuracy.

Depending upon caliber, the heavy contour barrels are either 22-inch or 24-inch and topped with a threaded muzzle. Magnum calibers include a muzzle brake. The initial run of High Country rifles will include eleven calibers: .243 Win, .308 Win, 7mm-08 Rem, 6.5 Creedmoor, 6.5 PRC, .270 Win, .280 Ackley Improved, .30-06 Spfld, 7mm Rem Mag, .300 Win Mag, and .300 WSM. Regardless of caliber, the detachable box magazine holds four rounds and carries the same suggested retail price of $1,129, though real-world prices are already under a grand. 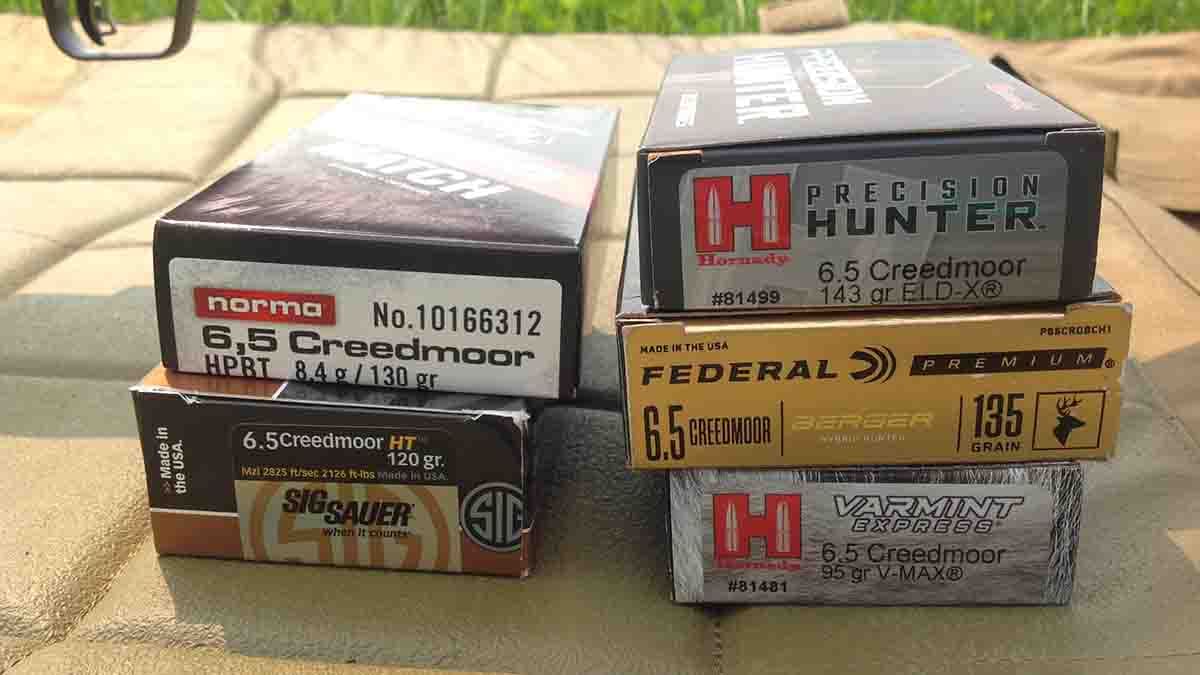 While the gun shined at 100-yards, it stretches its legs at distance. With a stiff wind on the range in Nevada, shooters were connecting with targets 875-yards away. Savage’s AccuFit stock system allows users to interchange the included LOP and comb spacers for a custom fit. Its benefits becoming even more apparent on the range with a muscular-built shooter comfortably firing the same rifle as the female author with adjustments that take less than five minutes. Partner AccuFit with the AccuTrigger and AccuStock bedding system and the end result is a striking, accurate shooting, hunter-intended rifle.

Speaking of accuracy, the test rifle’s AccuTrigger broke just under 3-pounds out of the box, though it is user-adjustable. The tang-mounted, three-position safety not only makes operations safer, but its quiet movements are a boon for stealthy hunters in the field. The 6.5 Creedmoor rifle holds four rounds in the steel dropbox magazine while rubberized grip panels at both the forend and pistol grip are practical additions for hunters in adverse conditions. High Country rifles come sans iron sights but are drilled and tapped for scope mounting — which I did using Weaver Six-Screw rings and a new Bushnell optic.

It’s worth mentioning the High Country was paired with an equally performance-driven optic in the form of the Bushell Forge scope. The rig performs, and in fact, performs so well that I intend to use the High Country/Bushnell Forge combination for a Plains Game hunt in the wilds of Africa. The test model Forge is the 3-18x50mm with an SFP Deploy MOA reticle, though FFP’s are also available with MIL options as well. There’s the Revlimiter zero stop turrets as well as a handy Throw Hammer power change lever that makes life easier for hunters, especially with gloves. The Forge line carries MSRP’s from $559.00 to $949.99 and includes Bushnell’s Lifetime Ironclad Warranty. 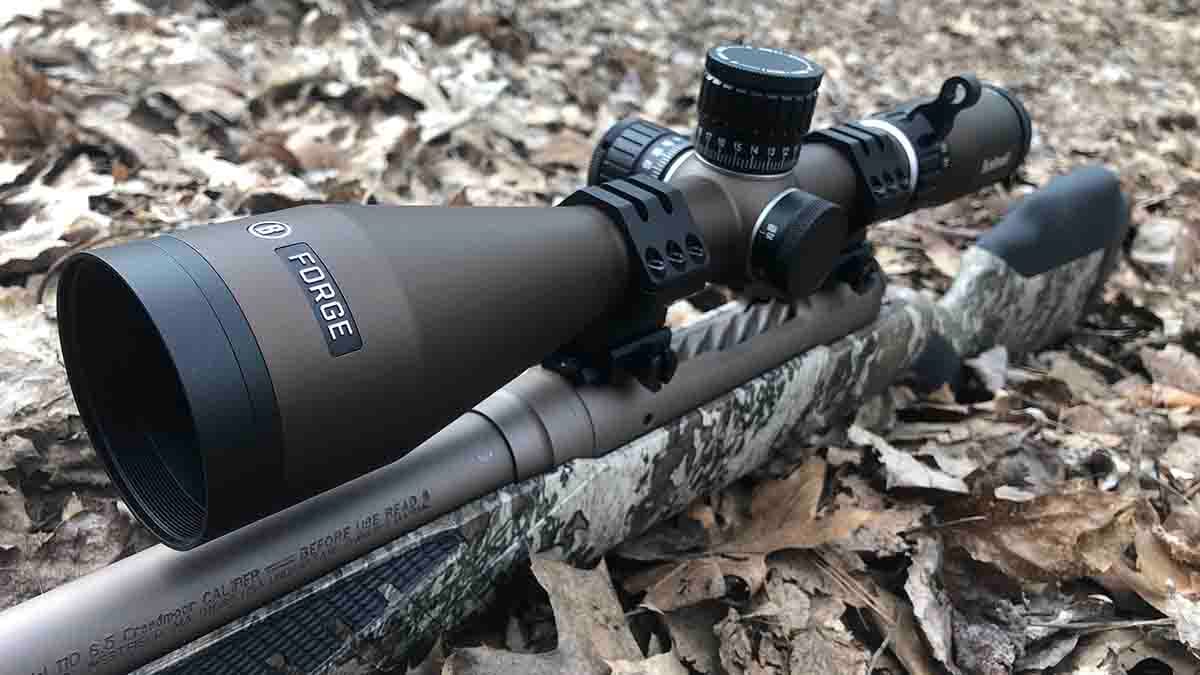 Partnering the High Country with the new Bushnell Forge riflescope in Terrain was a no-brainer, not merely because of aesthetics, but because both the gun and scope are top performers for hunters. (Photo: Kristin Alberts/Guns.com)

Head for the High Country

When hunters hear a name like “High Country” they immediately think backcountry, hardcore hunting, often at elevation where weight, accuracy and reliability all come at a premium. Some will say Savage’s new rifle is too heavy–at just under 8-pounds–to be considered as such; however, by the time a scope, mounts and other accessories are in place, that weight difference can likely be accounted.

Whether in remote western terrain, the shadows of other continents, or simply in the fields of the Midwest, Savage’s High Country rifle will take down game. The only real knock is that the High Country is not yet available in a left-handed version, though hunters should take note that Savage’s Special Order Department can tailor rifles to most any shooter’s desires. 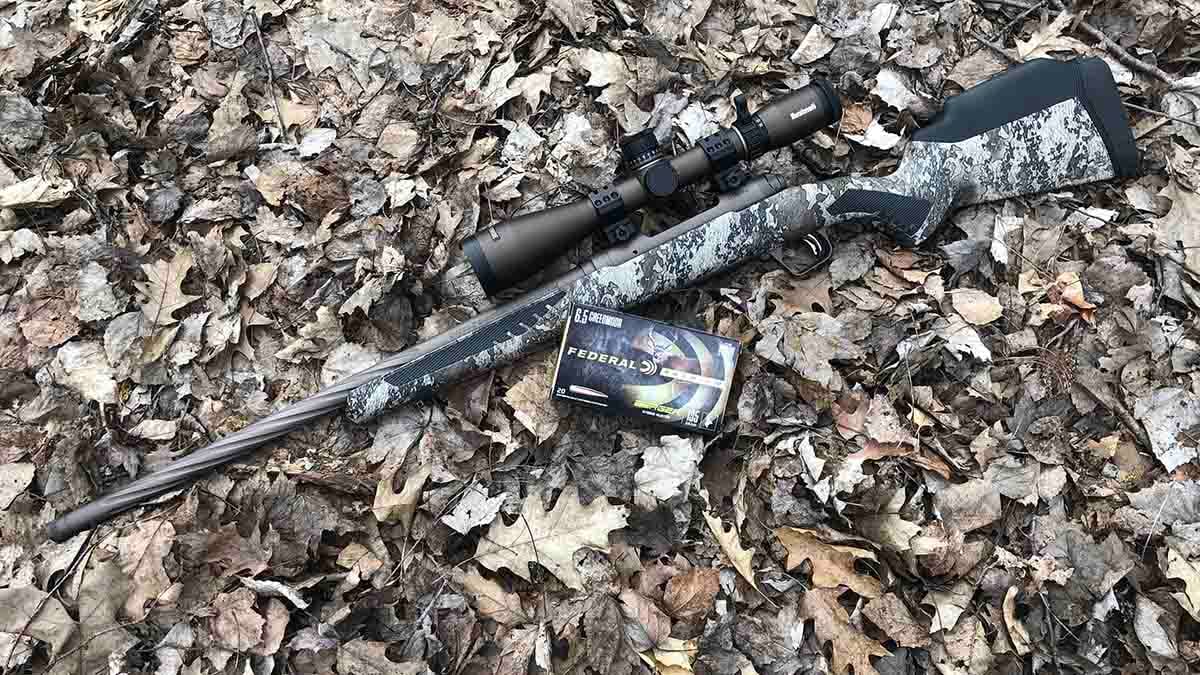 This High Country rifle just plain shoots right out of the box and is packed with features practical hunters will love. The action–with its spiral fluted bolt– is buttery-smooth, caliber offerings are on point, all adding up to one rifle destined to put some trophies on the wall and meat in the freezer.