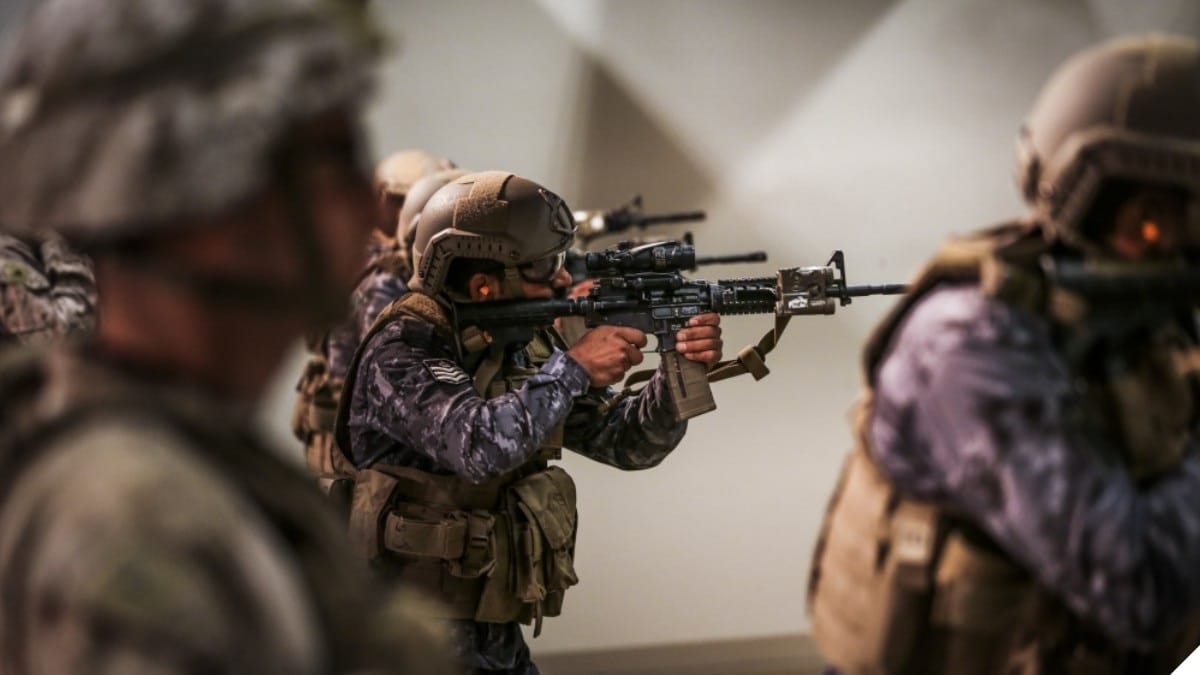 The Pentagon on Wednesday announced that Connecticut-based Colt’s Manufacturing is the winner of a big contract to supply M4 carbines to allies overseas.

The U.S. Army Contracting Command at Picatinny Arsenal in New Jersey announced the firm-fixed-price award, valued at $41,924,594, the same week that Colt said they were pausing production of rifles for the consumer market to concentrate on military contracts.

“Our warfighters and law enforcement personnel continue to demand Colt rifles and we are fortunate enough to have been awarded significant military and law enforcement contracts,” said Dennis Veilleux, Colt’s president and Chief Executive Officer, in a statement Thursday. “Currently, these high-volume contracts are absorbing all of Colt’s manufacturing capacity for rifles.”

Colt drew curious stares and lots of gun forum chatroom discussion for its move to step back from the consumer rifle market when the news of the switch was signaled last week. However, Veilleux says “We continue to expand our network of dealers across the country and to supply them with expanding lines of the finest quality 1911s and revolvers.”

The current Army contract is in the form of Foreign Military Sales to several U.S. overseas allies to include Afghanistan, Bahrain, Djibouti, Federated States of Micronesia, Hungary, Jordan, Kuwait, Lebanon, Macedonia, Marshall Islands, Palau, St. Vincent and Grenadines, and Tunisia. The award, for production of M4 and M4A1 carbines, has an estimated completion date of Sept. 18, 2024.

Colt has long been in the Pentagon’s Foreign Military Sales pipeline. Earlier this year, the Army expedited delivery of 2,200 M4s under an existing contract from Colt to the military of Senegal prior to deployment of forces from that West African country on a UN-backed peacekeeping mission in war-torn Mali. Senegal paid roughly $1.6 million for the M4s, which replaced older M16s, and troops in the country were trained on the new carbines by a team from the Vermont National Guard.