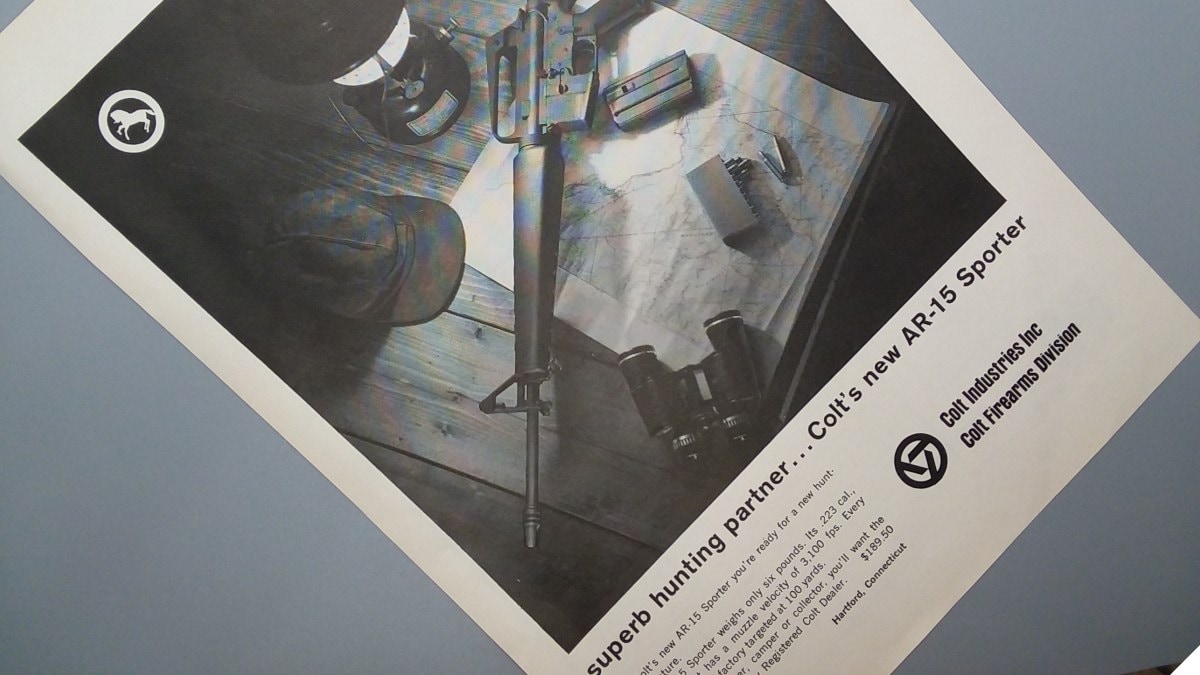 Colt first began marketing the semi-auto AR-15 Sporter to consumers in 1963 and continued to sell the SP-1 (R6000) series with few changes until 1984, since moving on to other AR-style rifles. (Photo: Chris Eger/Guns.com)

Colt opened up this week about the company’s reported shift in rifle marketing, clarifying it is just a matter of adapting to consumer demand.

The Connecticut-based firearms maker last week signaled a curb in their sales of rifles to the public while continuing to produce such long arms to fulfill outstanding military and law enforcement contracts– with the Pentagon announcing a $41 million award for M4 Carbines on Wednesday. While anti-gun groups like the Brady Campaign and like-minded politicians such as Democrat Presidental hopeful Beto O’Rourke applauded Colt’s move as it fits their own agenda, the iconic gunmaker stressed it was a market decision and not politics.

“We want to assure you that Colt is committed to the Second Amendment, highly values its customers and continues to manufacture the world’s finest quality firearms for the consumer market,” said Dennis Veilleux, Colt’s president and Chief Executive Officer, in a statement Thursday.

Veilleux went on to say the company will continue expanding lines of their 1911 pistols and revolvers “and will continue to provide its customers with the finest quality firearms in the world.”

Long the only game in the AR-15 market, Colt had exclusive rights to the platform for a generation after they bought the program from the Armalite Division of Fairchild Aircraft in 1961. However, once the basic design passed into the public domain, dozens of AR-specific companies such as Bushmaster, Daniel Defense, Eagle, and Olympic sprouted up, nibbling away at Colt’s dominance of the market.

More recently, traditional gun makers such as Remington, Ruger, Sig Sauer, Savage, and Smith & Wesson all jumped on the ever-growing domestic AR train, effectively crowding Colt out of its own niche. This has seen the company switch gears and return to popular offerings long ago put to pasture, such as revolvers.

It should be noted that, according to records from the ATF for 2017, the most current available, Colt produced some 31,987 pistols and 7,342 revolvers that year. This compares with 13,942 rifles, of which 2,097 were exported. Since 2017, the company has been aggressively expanding its long-dormant revolver line, introducing several Cobra and King Cobra wheel guns, to an eager audience.