Touted with the tagline that, “No other 9mm carries more rounds in such a small package,” Springfield Armory’s new Hellcat pistol is getting a lot of buzz.

Introduced last Wednesday, the new micro-compact is the Illinois-based company’s answer to Sig Sauer’s P365 series. Using a 3-inch hammer-forged barrel– which translates to a 6-inch overall length while standing just 4-inches high– the 18.3-ounce Hellcat offers an 11+1 capacity in a flush-fit magazine. This can be stretched to 13+1 with an extended mag that bumps height to 4.5-inches.

“This is the first step in a new direction for Springfield Armory polymer handguns and embodies our disciplined approach to modern firearms design,” said Dennis Reese, CEO of Springfield Armory. “Every detail of the Hellcat has been shaped by a singular mission — to deliver the definitive concealed carry handgun.”

Offered in both a standard and OSP (Optical Sight Pistol) configuration, the latter uses a milled slide intended for micro red dots such as the JP Enterprises JPoint and Shield RMSc– the latter shown mounted (Photo: Springfield Armory) 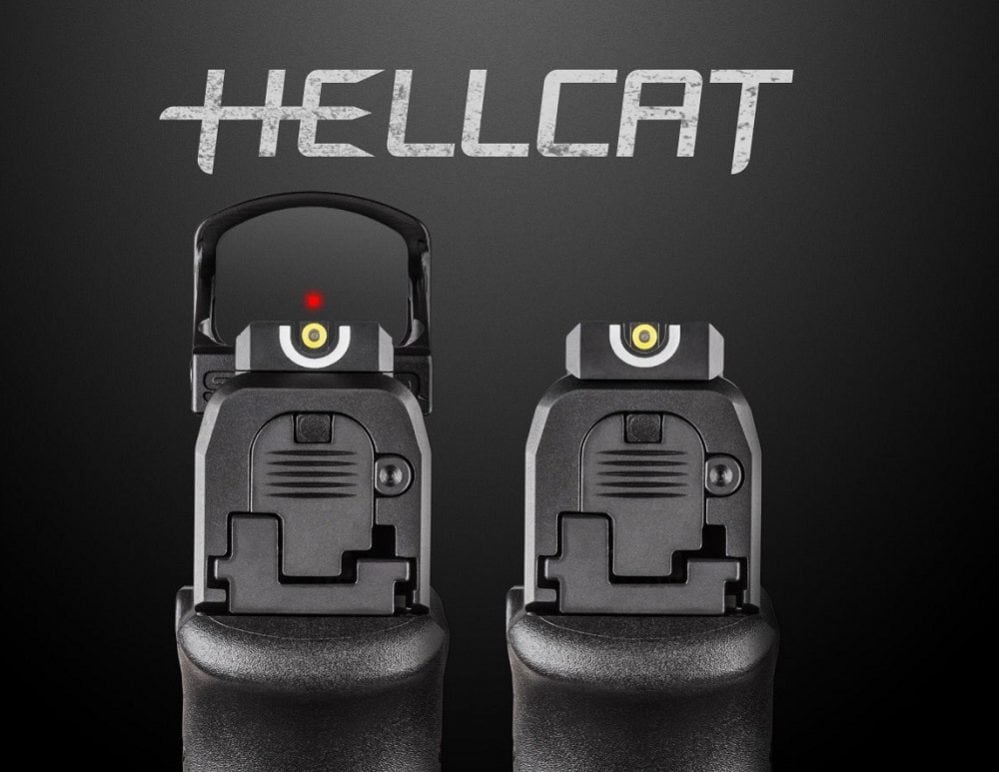 The Hellcat has a high visibility tritium & luminescent front sight paired with a U-Dot rear sight for easy target acquisition in either the standard or OSP models. The sights are iron, not plastic. (Photo: Springfield Armory)

MSRP for the Hellcat is expected to be in the $569 area, with the OSP model going about $30 more and both pistols shipping soon. Other features include rear, front, and top slide serrations, an accessory rail, a flat nickel boron coated trigger, loaded chamber indicator and reversible mag release. Already, Viridian has announced they are making a compatible E-series red laser to fit the gun’s short accessory rail while Crossbreed has announced more than a half dozen companion holsters for both IWB and OWB carry.

Eric Poole with Guns and Ammo and David Faubion with Handguns Magazine has a closer look at the Hellcat, below while Mike Detty, at Personal Defense World, gives his take on the new contender in the micro-compact class in the second video.