Beretta Carry Update: A Look at the New 92X Compact 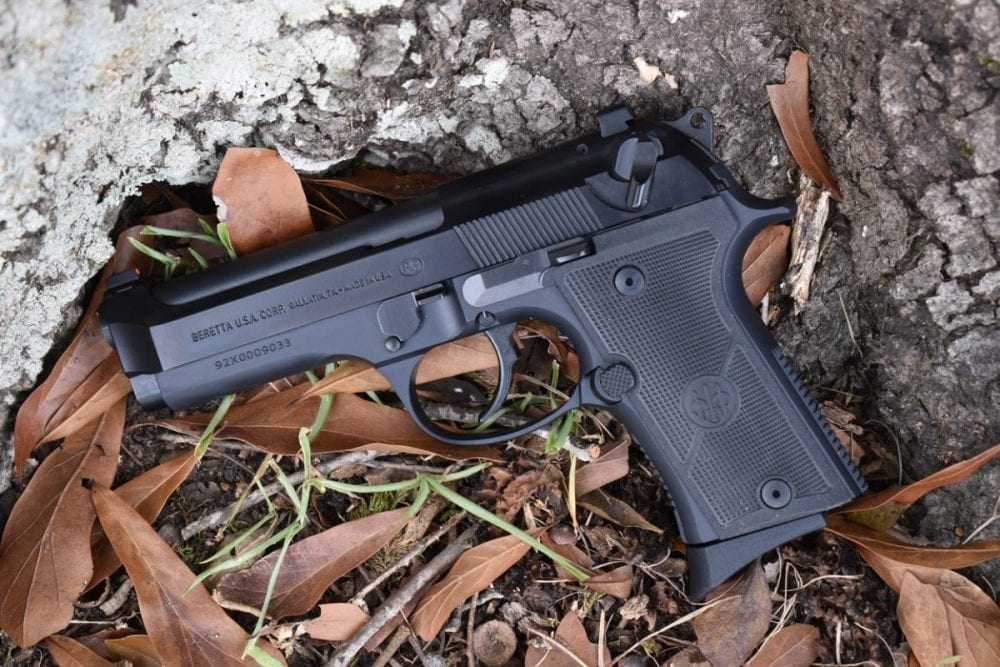 The latest update to Beretta’s 92 lines, the 92X, brings a lot of features to the company’s staple handgun. The model shown is the 92X Compact with a classic dust cover. All other 92X series guns have an accessory rail. (All photos: Chris Eger/Guns.com)

We looked at Beretta’s newest version of their iconic Model 92, the 92X, specifically the Compact variant, and compared it side-by-side with some of its contemporaries.

Recently introduced by the Italian gunmaker, the 92X series is a wholly American concept, produced at their Gallatin, Tennessee plant. Introduced in July in Full-Sized, Centurion and Compact variants– the latter both with and without an accessory rail– the new handgun line is loaded with features and upgrades not found in the more vanilla 92FS/M9 pistols while coming in at a price that is more affordable than the M9A3 and the semi-custom Langdon Tactical/Wilson Combat 92G series guns.

As such, the 92X series have full backward compatibility with all 90-series magazines and railed accessories while the front sights and grip panels are compatible with M9A3 models. Internal components are compatible with legacy 90 series parts of similar size while the double-action/single-action types (F/S, G) can be swapped. While some scoff at external safety levers, many consumers avidly look for guns that sport them. 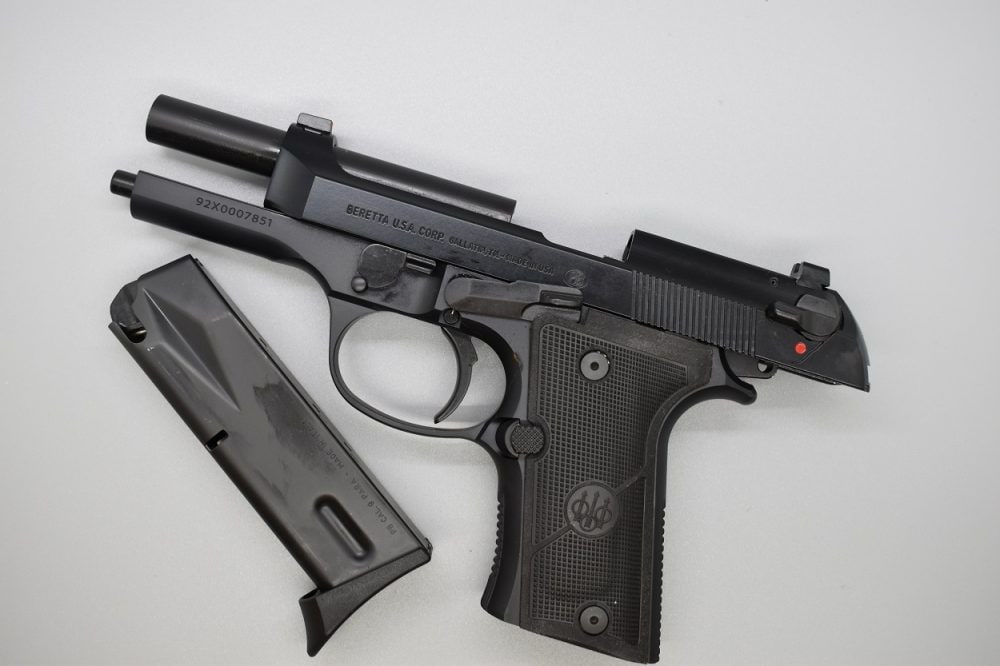 Built on the Vertec profile frame with a straight backstrap and updated grip options, the guns all feature a round trigger guard, beveled magazine well, chrome-lined barrel with a recessed target crown, front and back cross checkering on the grip frame, and combat sights with dovetailed fronts. The guns use a steel trigger and mag release. 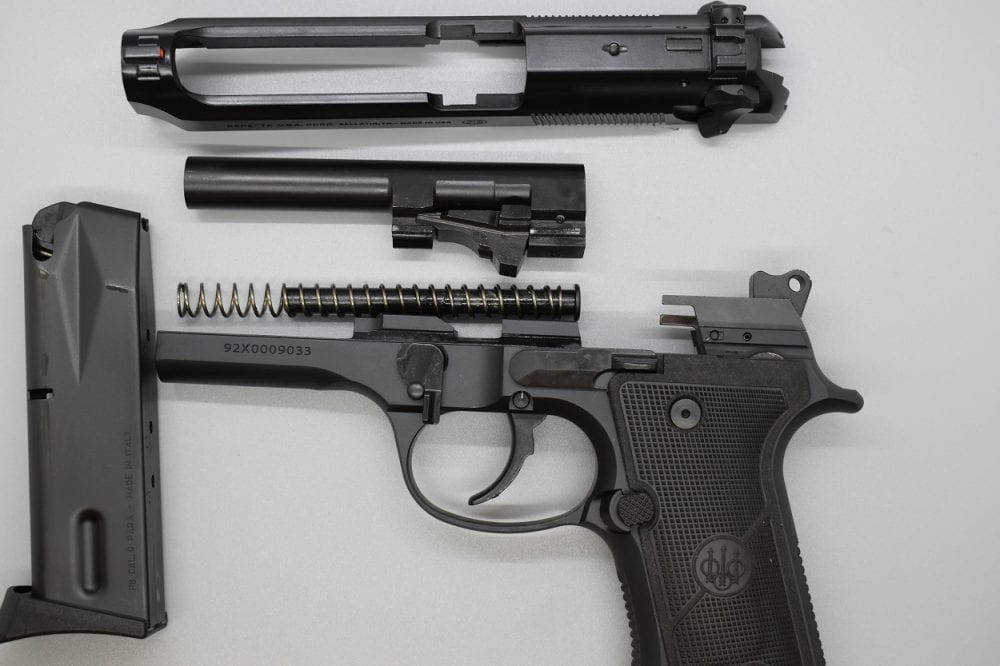 The 92X series breaks down like any other Beretta 92 and does not require tools. Note the Gen 3 locking block on the barrel and oversized magazine release button. The so-called “universal” slide allows the 92X’s safety lever to be used in a safety/de-cocker mode (FS) or converted to a de-cocker-only (G) function by the user. 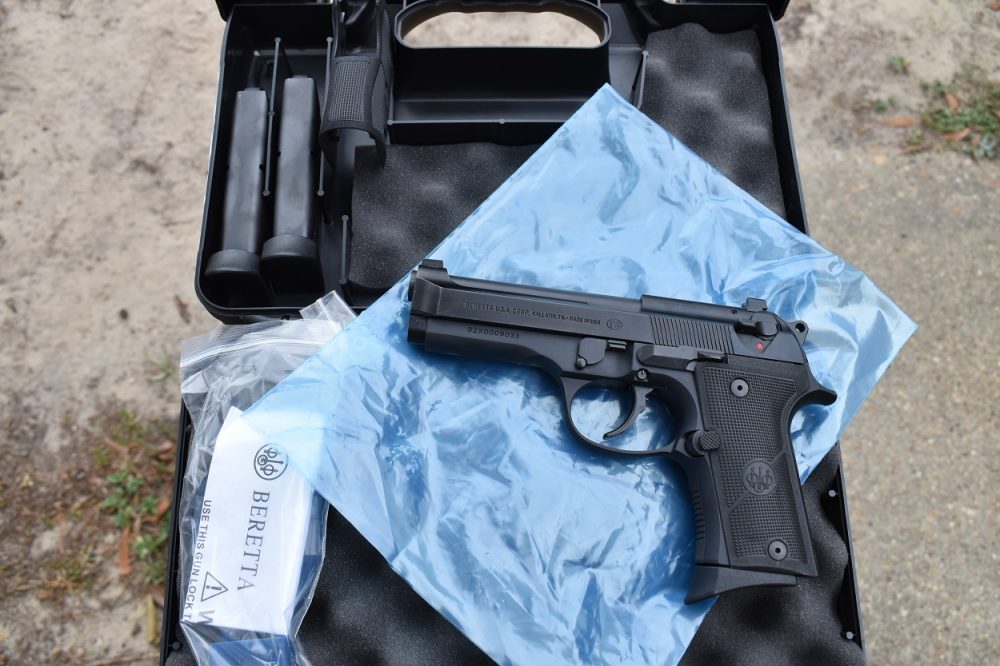 The guns ship in a plastic box with three magazines– but will accept all standard 92 mags– and the second set of grips. 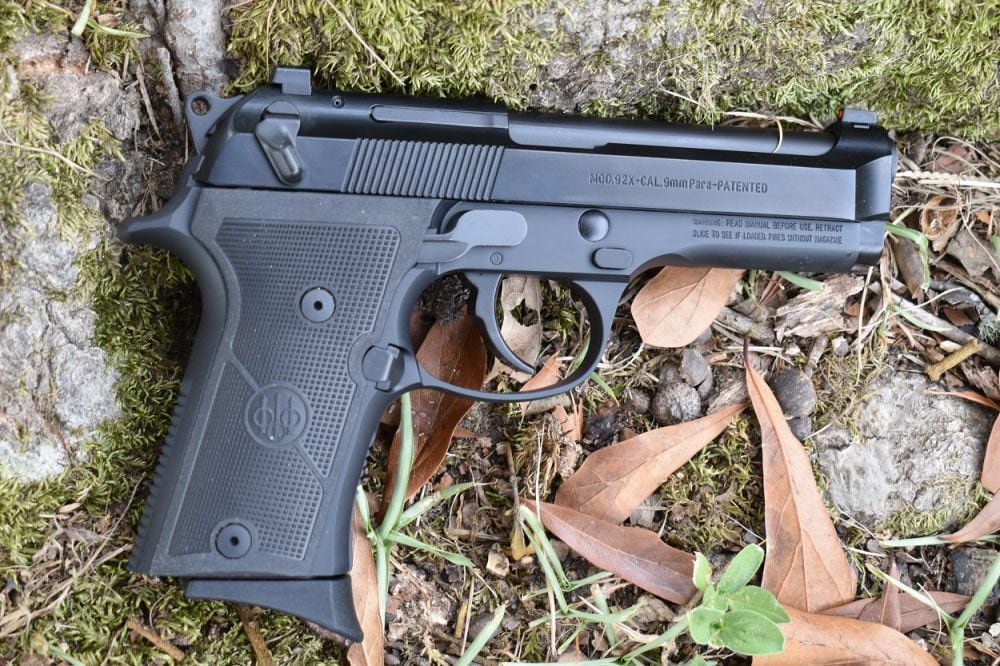 The primary benefit of the Vertec frame is that its slimmer profile allows those with smaller hands to find a more natural grip, while the included wraparounds give those with bigger mitts an easy option to grow that profile to fit their needs. Overall width, over the grips, is 1.5-inches. 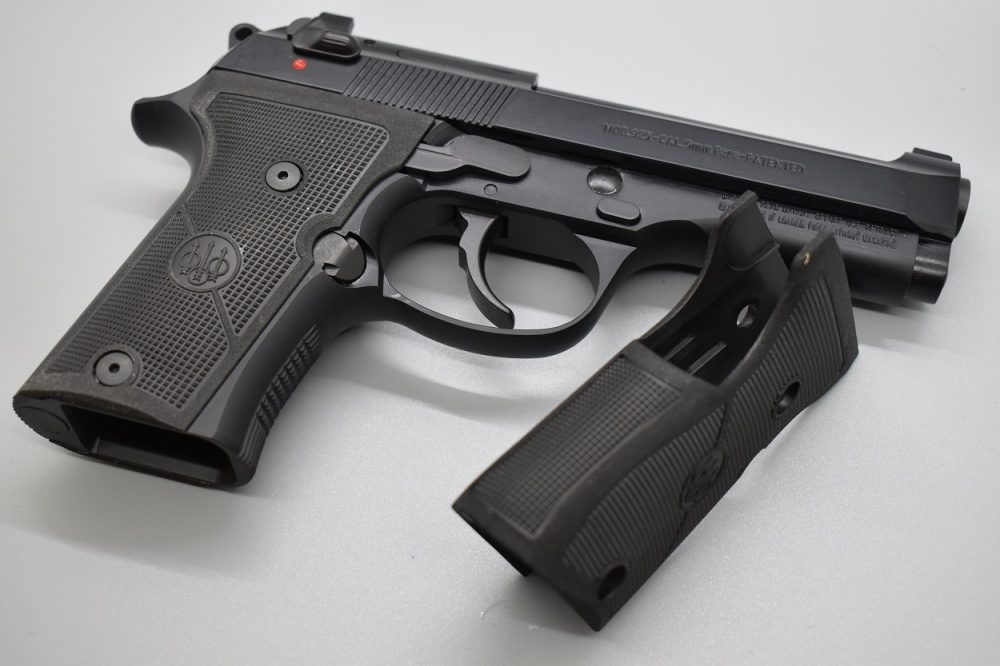 While the grips may be a skosh aggressive, they can always be sanded down for those who desire to keep more of their hide. The slide and metal have a Bruniton finish. 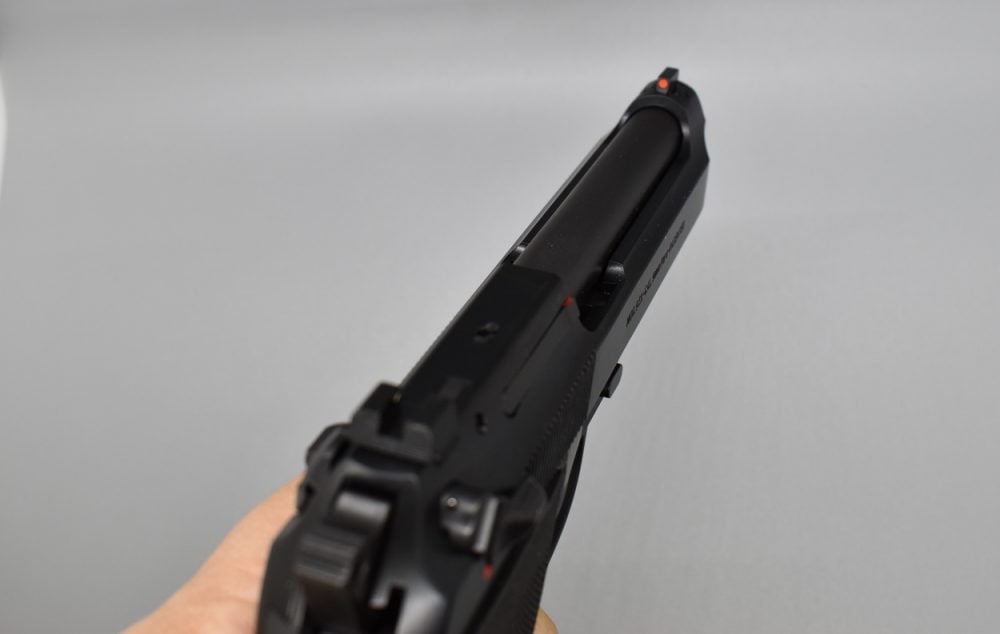 The dovetailed front sight uses a high visibility orange insert while the rear sights are a combat black. Sight radius on the Compact is 5.75-inches. 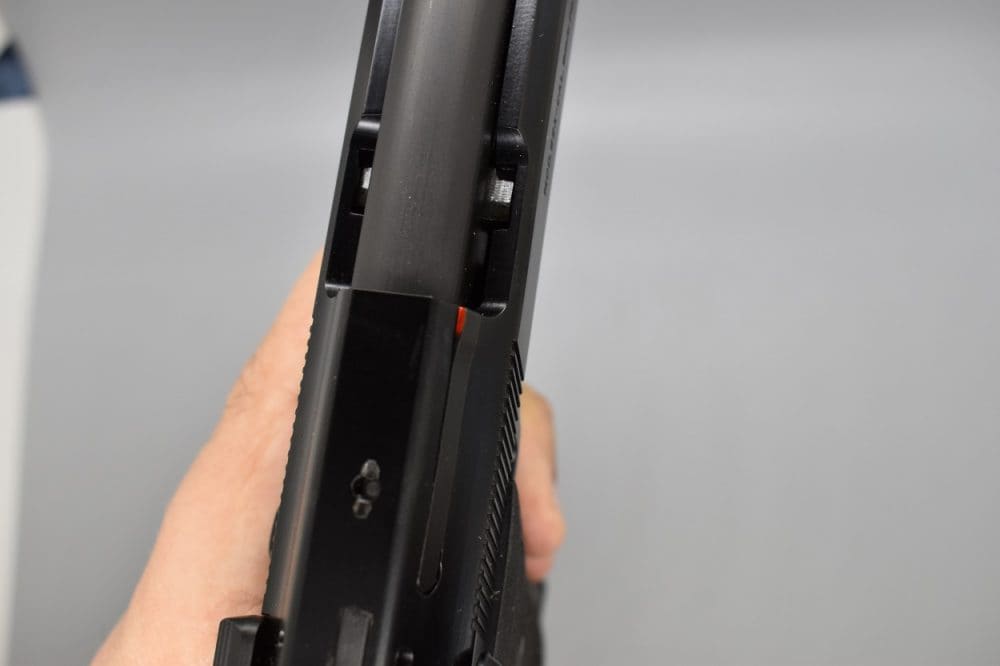 Note the loaded chamber indicator on the ejector is both visible and somewhat tactile.

While the standard/full-sized 92X uses a 4.7-inch barrel to produce an 8.5-inch long handgun that tips the scales at 33.4-ounces while unloaded, the smaller Centurion is a more Commander-style offering with a shorter 4.25-inch barrel which boils down to a 7.75-inch overall length.

Going even shorter, the 92X Compact, offered in both an M1913 railed model and one with a classic smooth dust cover for those who aren’t looking to add accessories, has the Centurion-length slide and barrel on a shorter frame (5.25-inches high, versus the standard 5.4-inch) to produce a handgun more suited for concealed carry. Due to the chopped down frame, the Compact has a smaller mag capacity — 13 rounds– but also comes in a little lighter, hitting the scales at 27-ounces, unloaded.

We’ll take a comparative look at what that means, below. 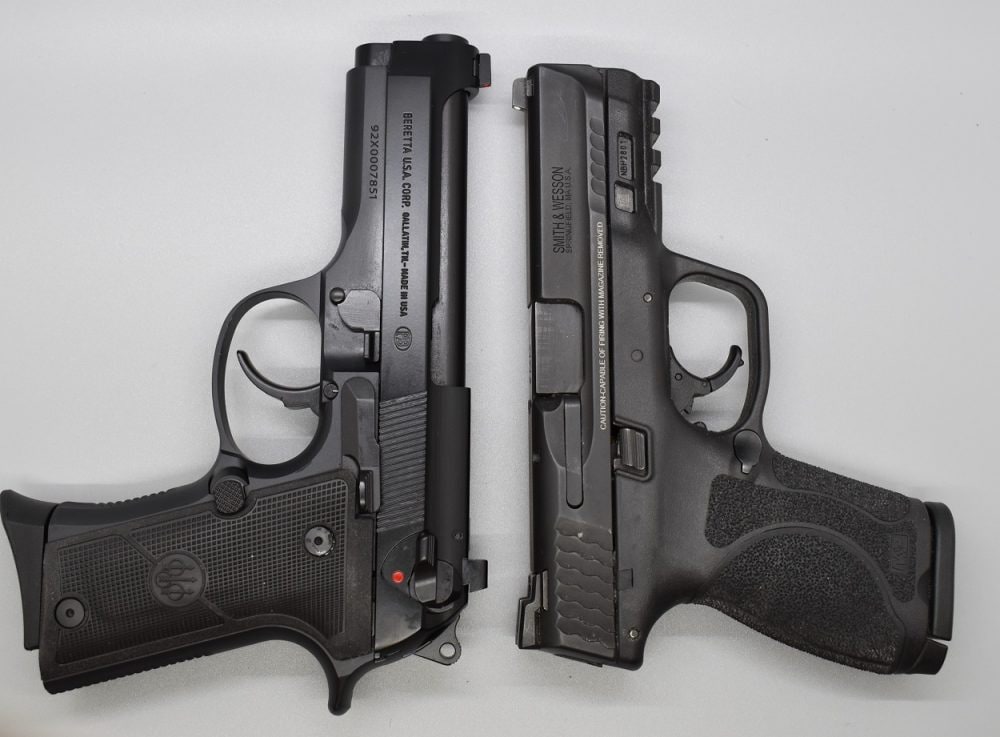 When stacked against the S&W M&P M2.0 Compact, the Beretta runs only very narrowly larger. However, it should be noted that loaded weight of the two, even with the 15+1 capacity Smith’s polymer frame, is only one ounce off (36-ounces) vs. the 13+1 capacity 92X Compact (37-ounces). 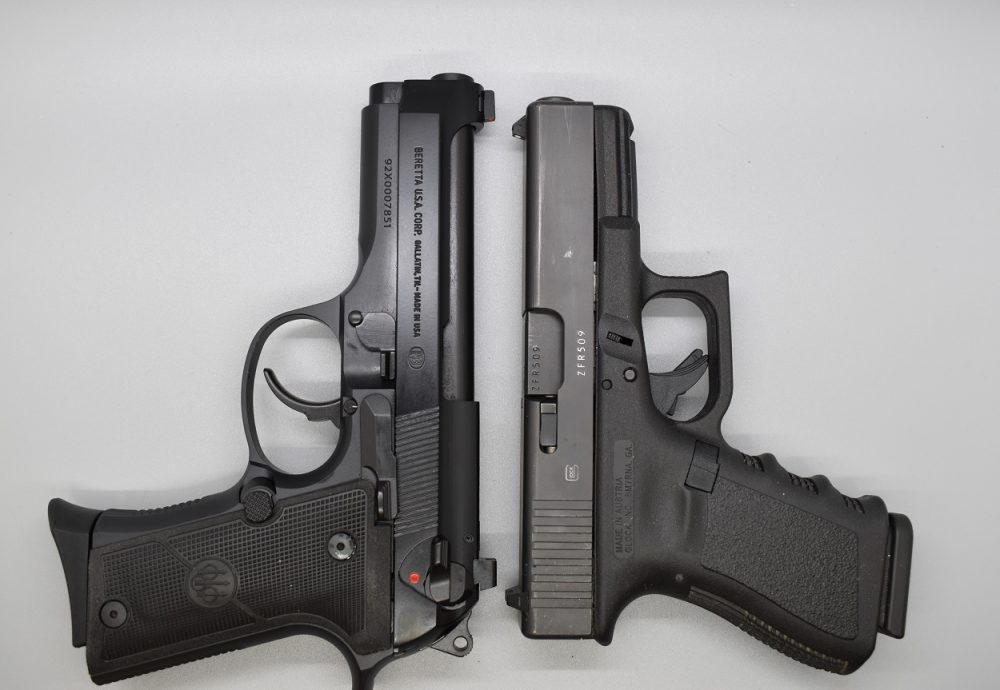 Compared to the Glock G19, the Beretta is again about a half-inch longer overall due to its slightly longer barrel and slide but runs close to the same height and weight even without the polymer frame. 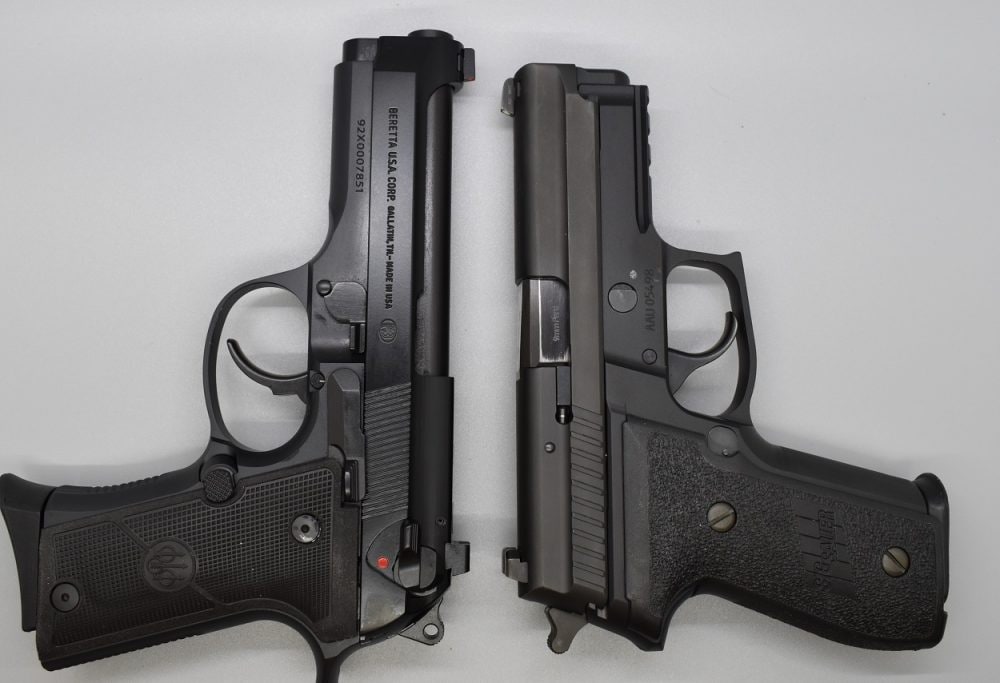 A closer comparison is the Sig Sauer P229R, which has the same magazine capacity in 9mm. The Italian stallion by way of Tennessee is an over a quarter-pound lighter, though. 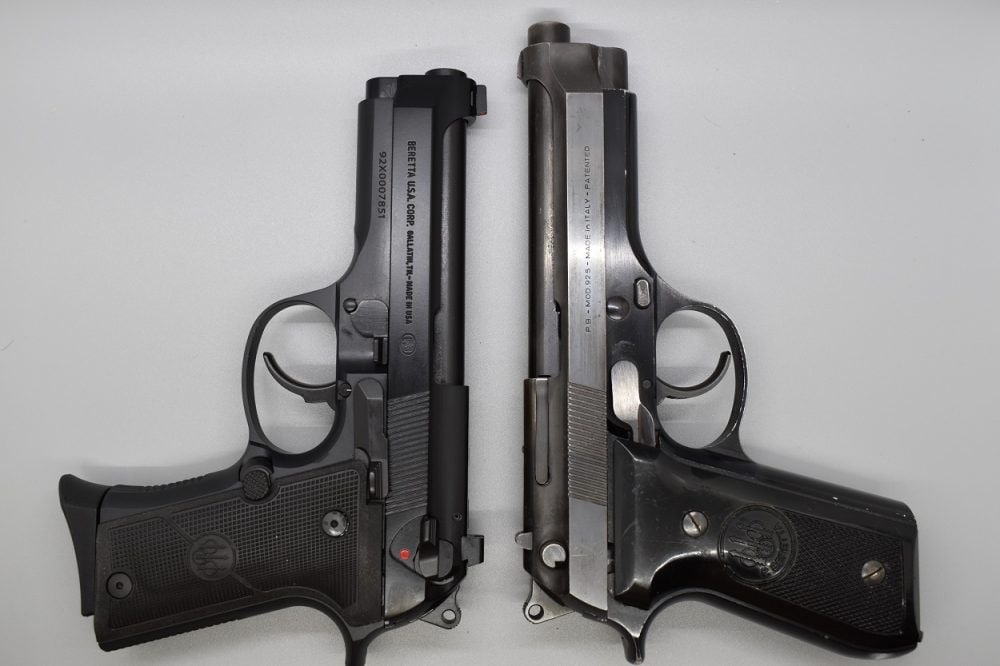 Inside the same family, you can see the comparison with a 1970s-era full-sized 92S. Note the slimmer Vertec pattern grip, Centurion-length slide, and shorter overall height. 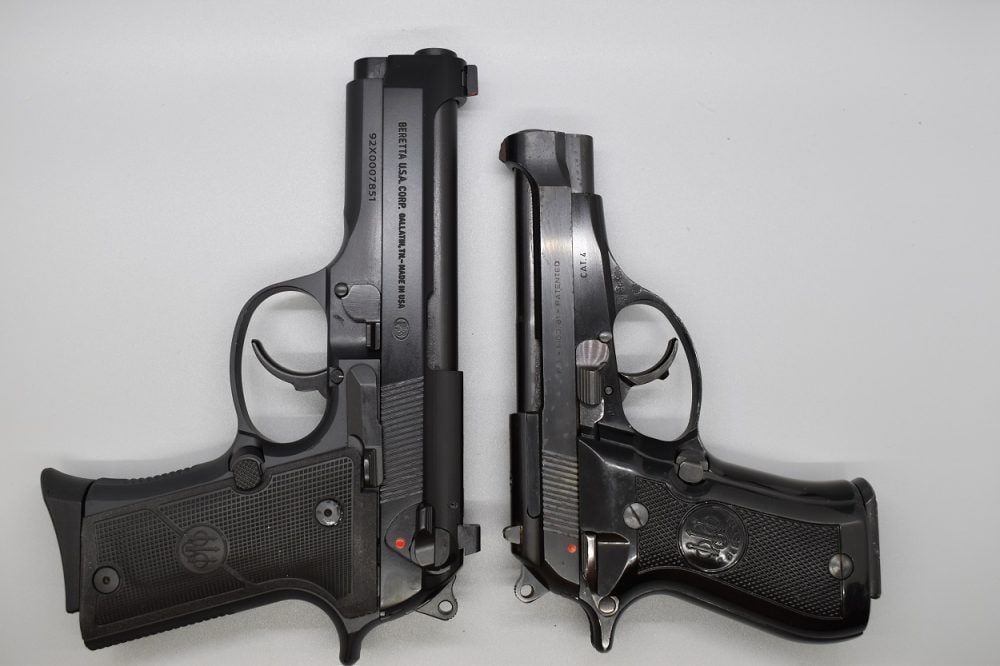 The 92X Compact is almost a comparable height of Beretta’s venerable Cheetah line, shown here compared with a shorter Model 81 in .32ACP. As detractors of the G19X and similar concepts often point out, a big bone of contention when it comes to concealability is a pistol’s height rather than overall length.

Slim and with a cutdown profile that puts it on scale with several popular mid-size carry guns, the Beretta 92X Compact has a lot going for it while bringing a safety/de-cock and metal frame to the game. How does it shoot, hold up for reliability, and carry? We are currently working on that and will have a follow-up in a couple of weeks, so stay tuned.