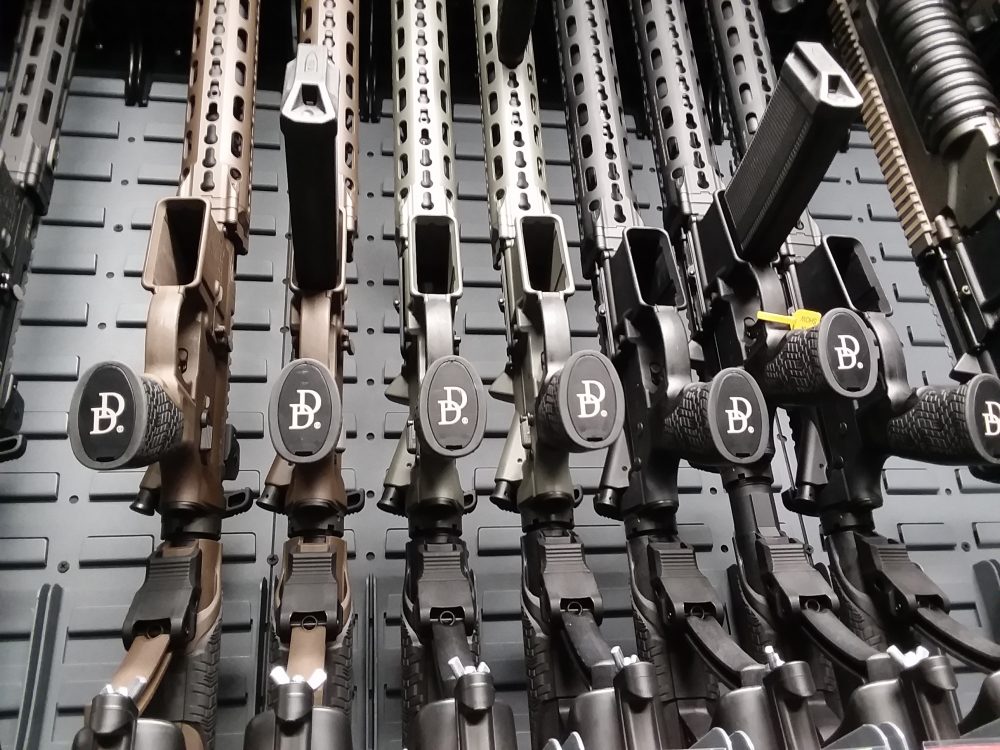 According to the latest annual statistics produced by the FBI’s Uniform Crime Reporting Program, violent crime declined 3.9 percent in 2018 when compared to the 2017 rate. This included a 12 percent drop in robbery offenses while murder and nonnegligent manslaughter offenses fell 6.2 percent. This is the second consecutive year of such decreases. Likewise, property crime decreased by 6.3 percent during the same time period.

Contrary to widespread sentiment in the media and from talking heads advocating gun control, rifles were used in only about 2 percent of homicides in 2018 (297 of 14,123), a figure dwarfed by more readily available knives, blunt objects hands, fists, feet, etc, which accounted for some 17 percent. Moreover, even that low figure for rifles was a 24 percent decline from the same data (390 of 15,195) noted in 2017.

The National Shooting Sports Foundation responded to the crime data from the Justice Department with some statistics of their own.

“Through 2016, there have been over 16 million modern sporting rifles in the hands of law-abiding citizens. Meanwhile, violent crime is declining,” noted NSSF. “The message is clear. Tragic criminal actions must be addressed. Banning certain types of firearms is not the answer.” 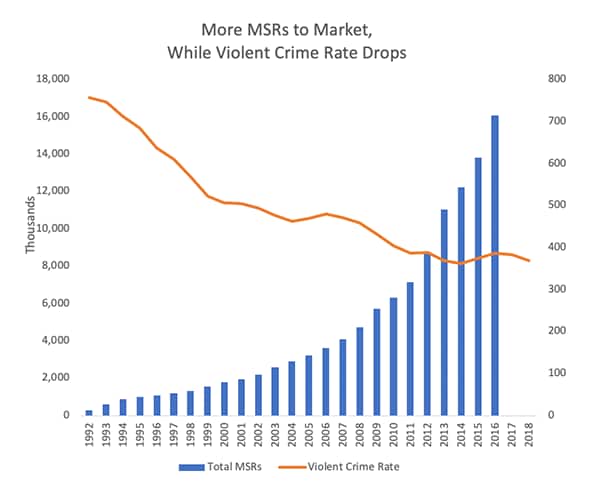 “There were an estimated 368.9 violent crimes per 100,000 inhabitants in 2018, a rate that fell 3.9 percent when compared with the 2017 estimated violent crime rate and dropped 14.6 percent from the 2009 estimate.” The figures follow a 10-year trend to reduced crime rates at the same time sales of modern sporting rifles have been on the rise. (Graph: NSSF)

Further, the trade group for the firearms industry points out that, from 1999 to 2017, fatal firearms accidents have declined by 41 percent according to figures from the CDC’s WISQARS Injury Database. During that same period, the group, with organizational partners and in conjunction with over 15,000 law enforcement agencies, has distributed 38 million firearm safety kits as part of Project ChildSafe.

Guns.com is a proud partner in Project Childsafe.

“Project ChildSafe has been tremendously successful since the NSSF created the program 20 years ago. Since then, accidental gun deaths have been cut in half. Part of that success is from the NSSF’s ability to reach out to gun owners through a vast network of partnerships. Guns.com is proud to directly support that effort,” said Chris Callahan, Guns.com founder.