CHECK OUT THE FN FIVE-SEVEN HERE!

What happens when you pair the FN brand with a fun plinking round? The FN Five-Seven, of course! The Five-Seven brings a unique chambering in the way of the 5.7x28mm round. The round itself was created in response to NATO’s need for a replacement to the 9×19 Parabellum cartridge. Offering a lighter weight than the 9×19, the 5.7 brings with it a flatter trajectory and less recoil. FN initially developed two firearms that could chamber the cartridge, launching the FN P90 PDW and the FN Five-SeveN pistol —which brings us here. 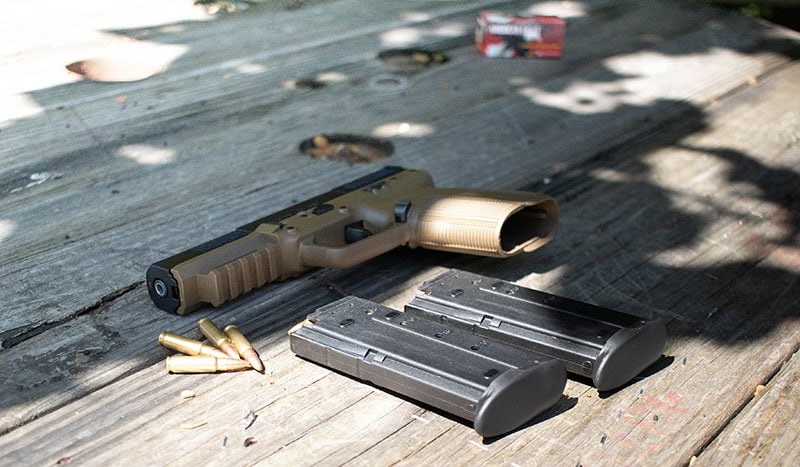 The FN Five-SeveN shipped with two 10-round mags and a 20-round mag. (Photo: Jacki Billings/Guns.com)

Introduced in the early 1990s, the Five-Seven brings a full-size design to the table measuring 8.2-inches in length with a barrel length of 4.8-inches. Weighing 21-ounces, the pistol offers a capacity of either 10 or 20-rounds, depending on which magazine you opt for. Featuring adjustable 3-dot sights paired with a polymer frame, the pistol itself is a manageable size — not that you need something hefty for that 5.7x28mm round but more on that later.

FN’s Five-Seven pistol sports a forward manual safety that can be engaged or disengaged with the left thumb or right index finger depending on preference. While I’m not particularly fond of safeties, myself, the forward position on the gun was something I did like. It felt natural to manipulate the safety and didn’t require a significant change in my grip.

The FN Five-Seven is also equipped with an accessory rail to mount lights or lasers if that’s something you’re after on your plinker. The gun ships in a really nice hard case and this particular model from Guns.com came with three magazines — two 10 rounders and one 20 round mag. 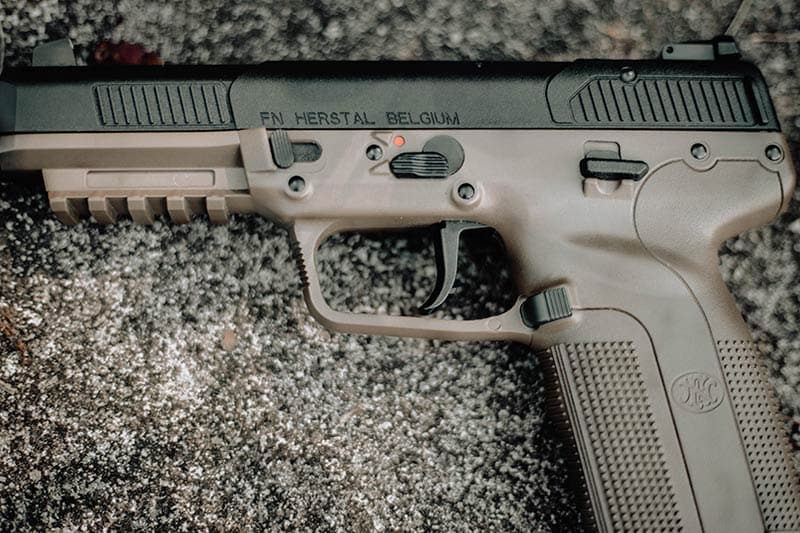 Let’s talk about range performance. I’ve shot a lot of pistols in my life and I have to say the FN Five-Seven is, by far, one of my favorites. That 5.7x28mm round really does the job in terms of reaching the target but also bringing with it little to no recoil. While some guns beat me up at the range, the Five-Seven is one that I can easily plink with and suffer no consequences.

The construction of the Five-Seven is very intuitive. Though I am a Glock girl, I had no significant qualms when switching over to the FN. The platform makes sense and, most importantly, it just works. All in all, the FN Five-Seven proves fun to shoot, easy to operate and that’s really the secret sauce to this design.

The downside to such an enjoyable pistol is its price — both ammo and the pistol itself. While I loved plinking with the Five-Seven, my wallet didn’t. In comparison to .22LR, another fun plinking round, the 5.7x28mm is expensive. I can easily nab a 50 round box of .22LR around $5. The 5.7, well, I spent over $20 for a 50 round box. That adds up quickly. Not to mention, at least where I’m located, 5.7x28mm ammunition isn’t easy to come by, which means I often have to head online to purchase ammo incurring shipping costs depending on where I shop. The price of ammo alone might be a deterrent for some in need of cost-effective plinking and let’s not forget the Five-Seven itself costs a pretty penny. 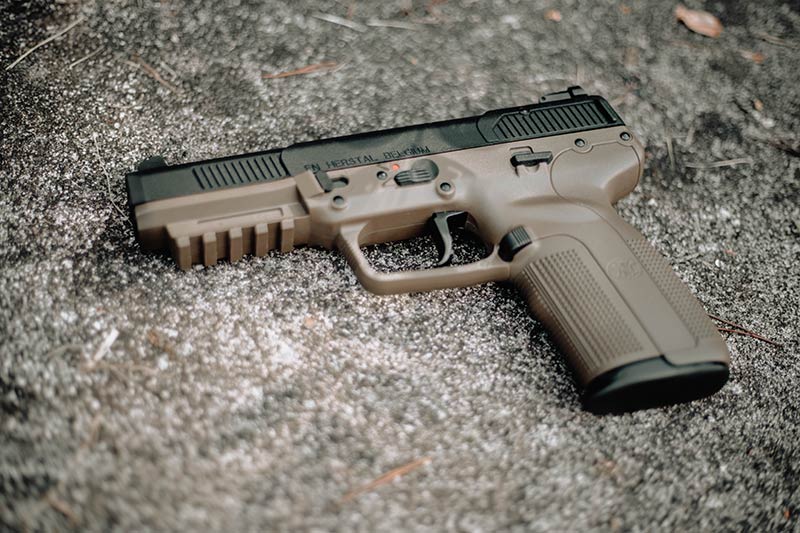 Retailing for over $1,400, the Five-Seven isn’t a budget gun by any stretch of the imagination. Coupled with the high price of ammo it’s not one I would recommend for those watching their bank accounts. If you’re looking to strike a deal, used Five-Seven models are floating around working that price down closer to the $1,000 mark.

Price aside, the FN Five-Seven proves why it’s stuck around since the 90s. It’s pure fun in a polymer platform! If the Five-Seven floats your boat or you’re on the hunt for another FN firearm, check out Guns.com’s new and used FN guns!

CHECK OUT THE FN FIVE-SEVEN HERE!