East v. West During the Cold War: Guns of the Berlin Wall 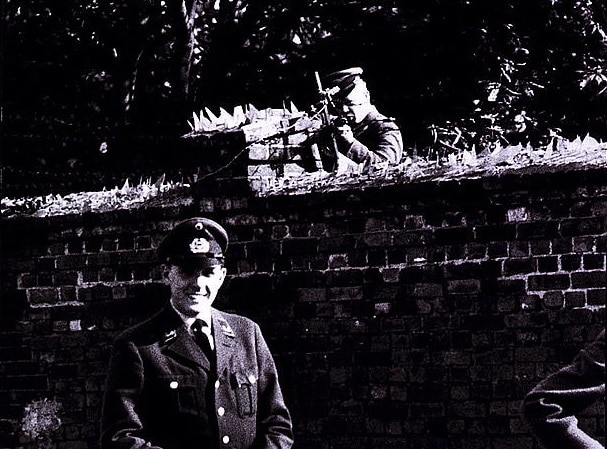 With the 30th anniversary of the fall of the Berlin Wall this week, we look at some of the guns that held the line between East and West.

In the last days of World War II, the victorious American, British, French and Soviet allies occupied Germany in 1945 and separated the country into four zones. By 1949, with the Cold War setting in, the western part of the country occupied by the U.S., Britain and France became the Federal Republic of Germany, better known as West Germany, while the Russians reciprocated by forming the German Democratic Republic, or East Germany, the latter a Communist puppet state of Moscow. This division included the historical German capital city of Berlin, with the NATO allies keeping the Western part supplied initially via an airlift, resulting in an isolated enclave inside East Germany that endured for more than 40 years.

As the “Iron Curtain” descended across Europe, the tensions along the border between the two new Germanys escalated until 1961 when construction began on a wall surrounding West Berlin from East Berlin. Dubbed a means to keep fascism out of the People’s Republic (antifaschistischer), the wall was more of a mechanism to keep East Germans from escaping the soul-crushing misery that was Communism by fleeing to the West. It is estimated that more than 3 million Germans fled from East to West between 1949 and 1961. If they weren’t stopped, eventually all the workers would have fled the worker’s paradise and the country would be empty! 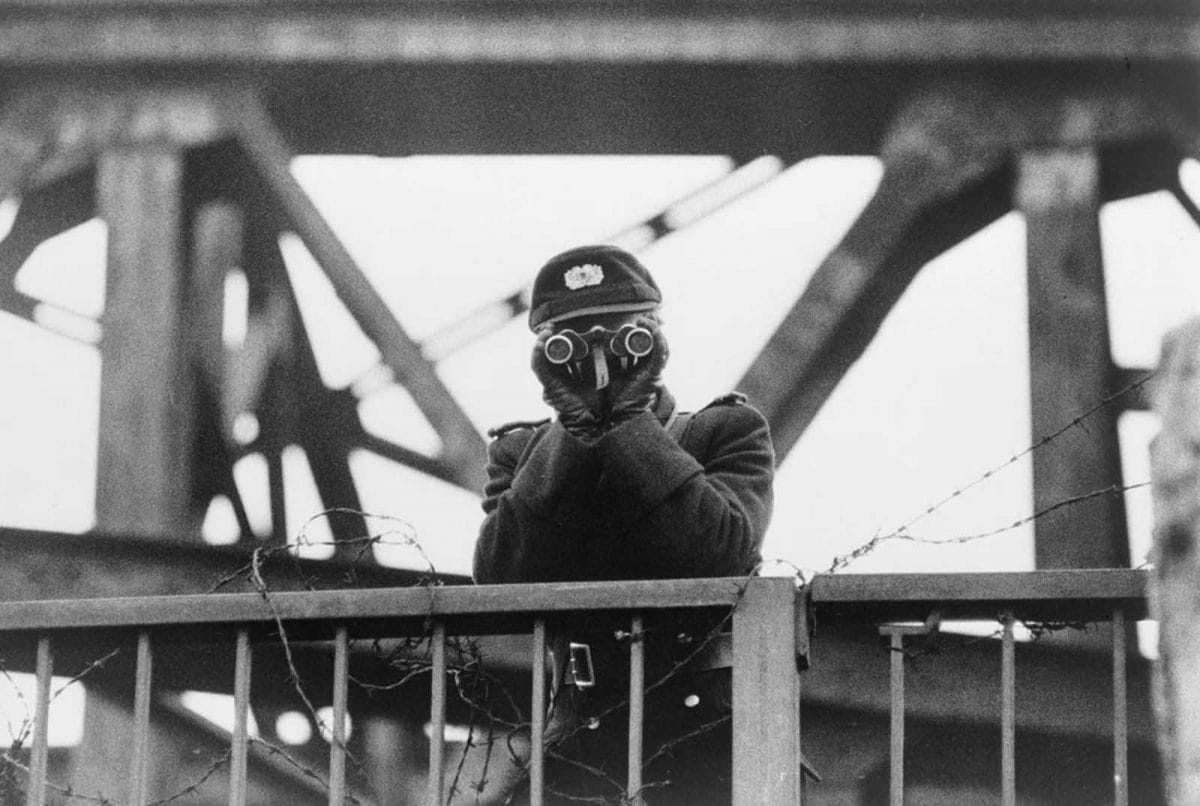 An East German border patrol officer looking out over one of the bridges linking East and West Berlin in 1961 (Photo: Library of Congress)

The new wall was guarded by the Grenztruppen, a quasi-military border police force. It was organized with a mix of old WWII German Army and surplus Soviet gear, with the 1940s-era PPSh-41 sub gun being the primary weapon. These gray-uniformed East German border troops were under the Army’s control rather than a police or customs unit and much of their training was in the form of political indoctrination. To keep these guards in line, East German secret police, or Stasi, were a regular facet of life along the wall. Still, there were several high-profile incidents of defections. 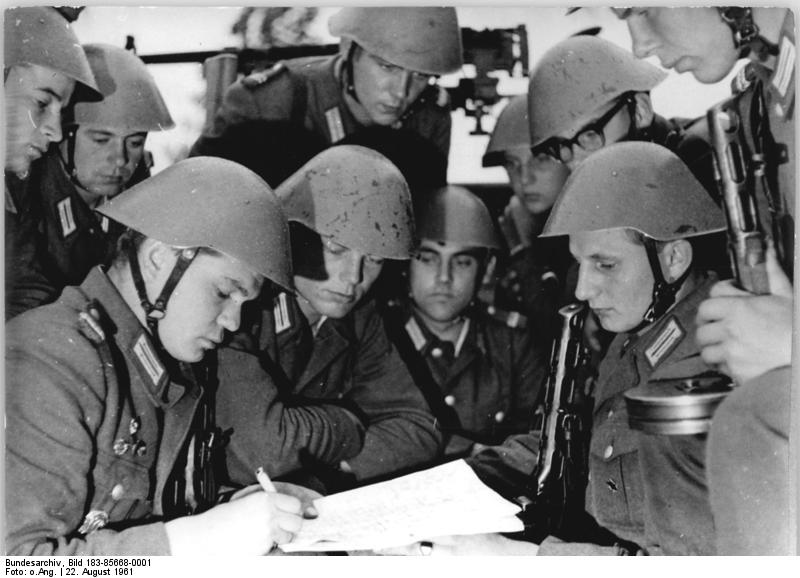 East German border troops signing a declaration to “assure their unwavering loyalty to the working-class party and the government of German workers and peasants,” in August 1961. Note the PPsh-41s (Photo: German Archives) 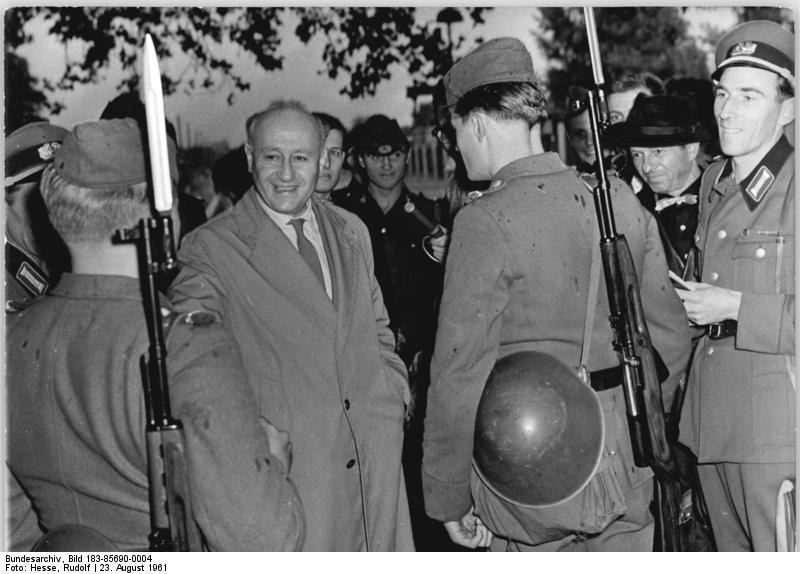 To police more remote border areas such as forests along the national border, the East German regime installed more than 60,000 Selbstschussautomat SM70 directional mines. Trying to leave the country unannounced could be downright hazardous to your health.

While NATO-allied military forces would hold the line, armed with a mix of M1 Garands (later replaced by M14s and M16s), FAL variants, HK G3s and the like, the West German border troops were a little less well-equipped. The Bundesgrenzschutz (Border Troops) and Zoll (Customs) organizations were formed in 1951, notably several years before the West German military. At first, these police-controlled units were armed with Mauser bolt-action rifles, Walther P-38 9mm pistols, and a few leftover StG44 Sturmgewehrs. 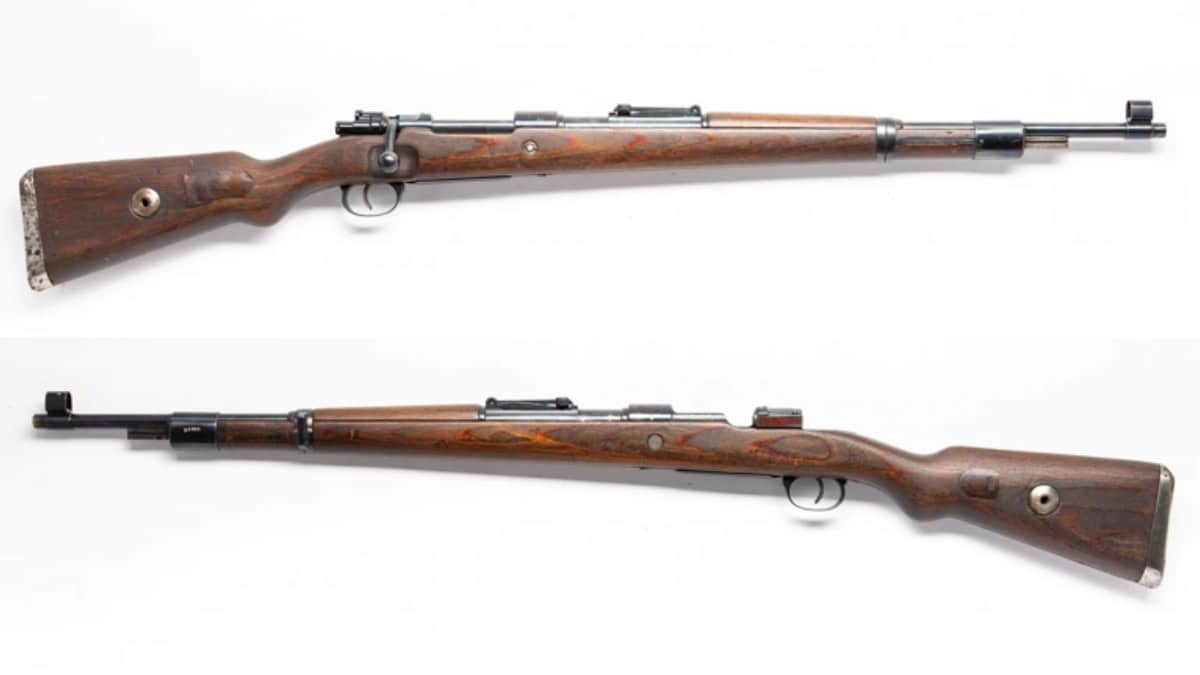 The German Kar.98k was the standard infantry rifle of the country in World War II and remained in service in the 1950s and 60s with West German border troops. These guns, popular as collectibles and sporting rifles, are a staple in the Guns.com Vault of Certified Used Guns. This example, for reference, is a “Byf” coded 1943 Mauser– a real piece of history. 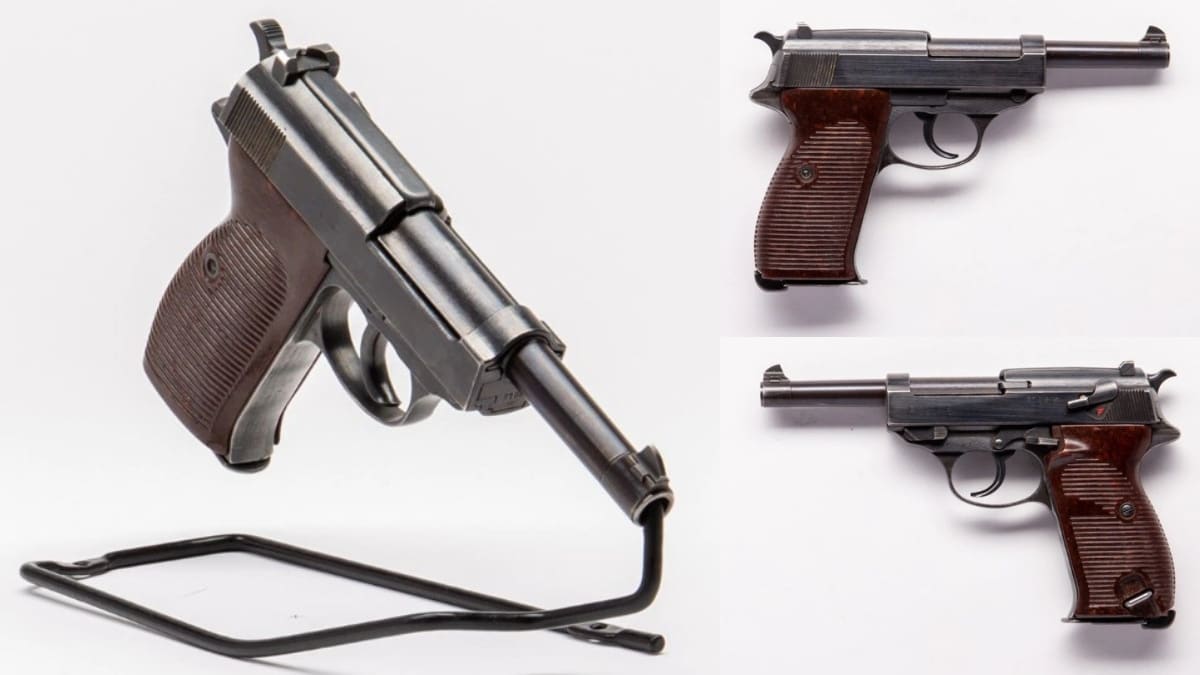 Adopted in 1938 to replace the Luger in German military service, the P-38 was an extremely popular combat pistol, seeing service in WWII. Post-war, they were retained by the reinvigorated West German police and eventually replaced by later models, although the guns still popped up around the globe during the Cold War from Angola to Vietnam. This pistol’s “byf 44” code, “WaA145” Waffenamt inspector’s marks and 7168w serial number puts its manufacture about July 1944, and it is in our vault looking for a home.

Over time, the Mausers were replaced by the more contemporary Karabiny G1, a variant of the 7.62 NATO FN-made FAL. The below film from 1969 shows BGS troops with FALs and Walthers, among other groovy period gear.

Meanwhile, the Walthers got an update.

By the late 1950s the Walther P1, an upgraded P38, was adopted by West Germany for police and military use. The company had relocated to a new factory in West Germany as their old one was occupied by the Russians and was busy cranking out new equipment for both domestic consumption and overseas commercial sales. 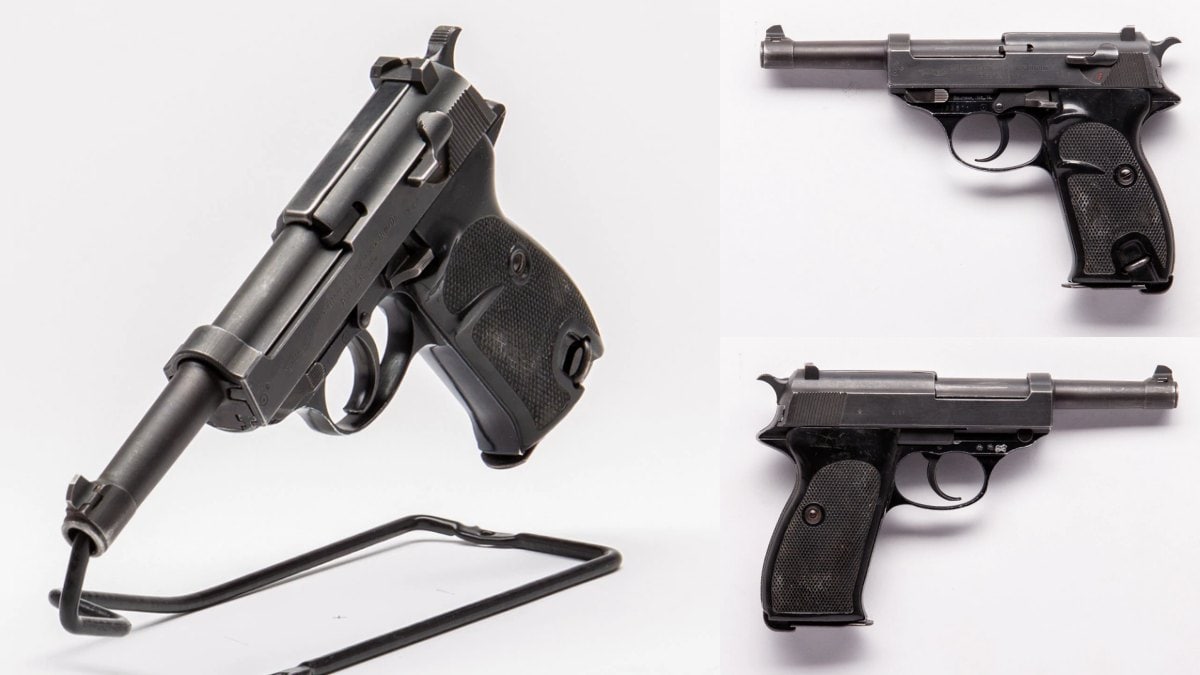 The Walther P1 is slightly different from the legacy wartime P38 pistols as it has several changes, most notably the alloy frame and pebbled black plastic grips. Today these guns are pure Cold War history. 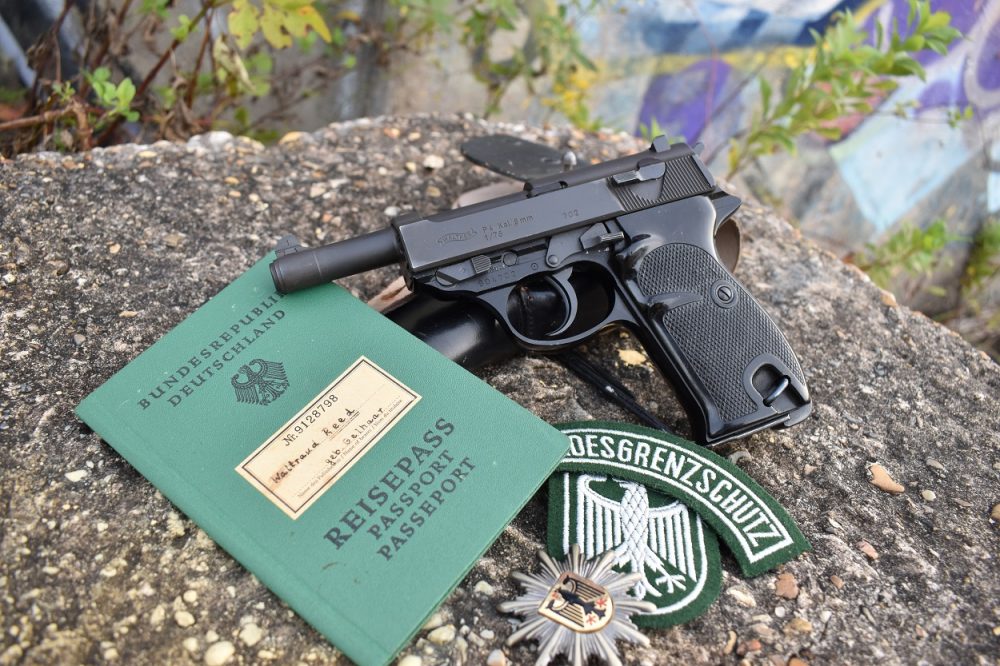 In 1975-76, Walther produced a limited run of 5,200 P38 P4 pistols, a shortened version of the P1, specifically for use by the West German Border Patrol and Customs. The above, in the author’s personal collection, is one of those former BMI guns. (Photo: Chris Eger/Guns.com)

While the Cold War never went all the way hot, at least in Europe, the border between East and West Germany, and in particular the wall around West Berlin, was by no means safe. In Berlin alone, at least 140 people are believed to have been killed while simply trying to escape to the West between 1961 and 1989. There were also pointed incidents and casualties between the respective border guards on both sides as well as with NATO and Soviet troops. In 1985, a U.S. Army officer, Major Arthur D. Nicholson, was killed by a Red Army sentry in East Germany. At least three British, American and West German military aircraft were shot down over East Germany between 1953 and 1969.

Finally, on November 10, 1989, the security at the wall was dropped by the East German government, who had decided to throw in the towel on the whole Communism bit. The resulting Nacht des Mauerfalls (Night of the fall of the Wall), was the effective end of the Berlin Wall and by 1990 the two Germanys were on the path to reunification as the Soviets withdrew. 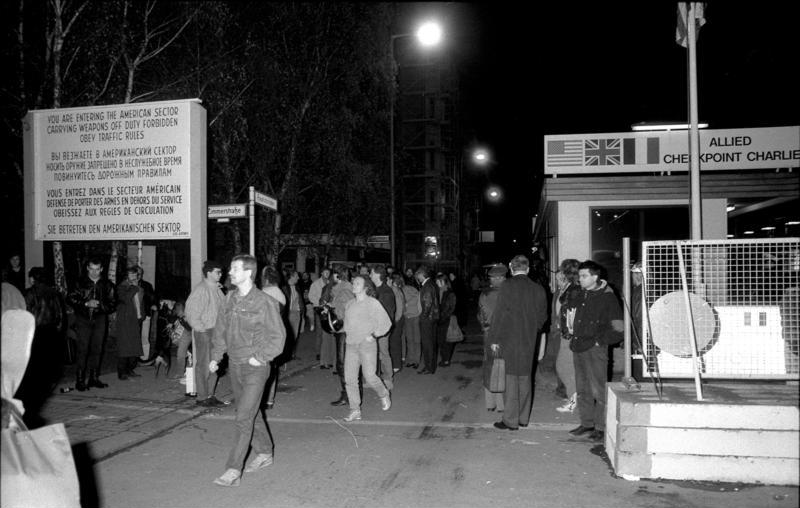 As a personal note, that was a big deal in the Eger household. My grandmother had fled her birthplace in then-East Germany, refusing to live under Communist oppression. She became a West German citizen in 1962, just after the Wall went up. She then legally emigrated to the U.S. in 1963 and had an American flag in front of her house until the day she died. 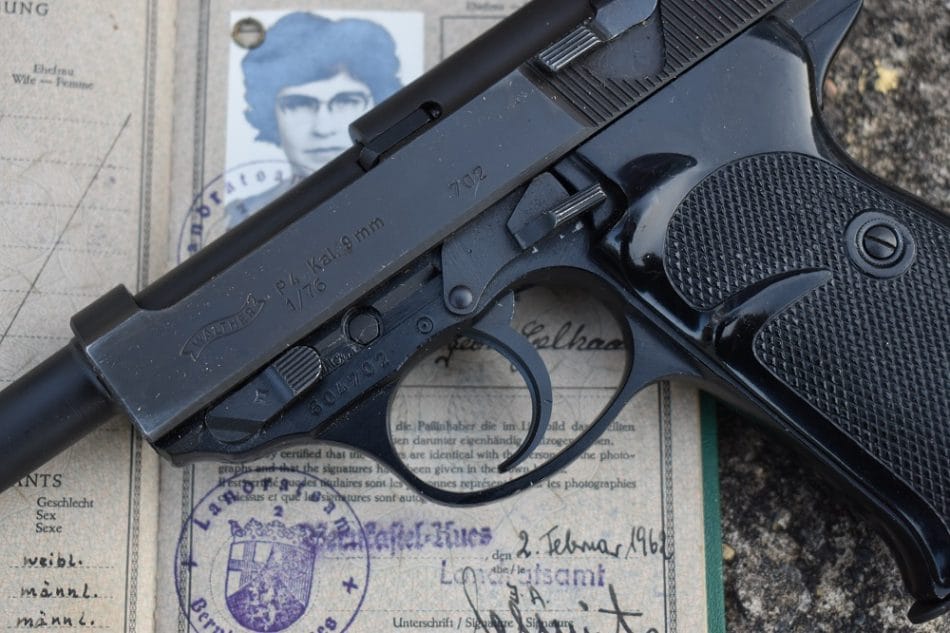