Kimber has let the cat out of the bag on their 2020 catalog and at least 11 new revolvers and pistols are joining the roster. 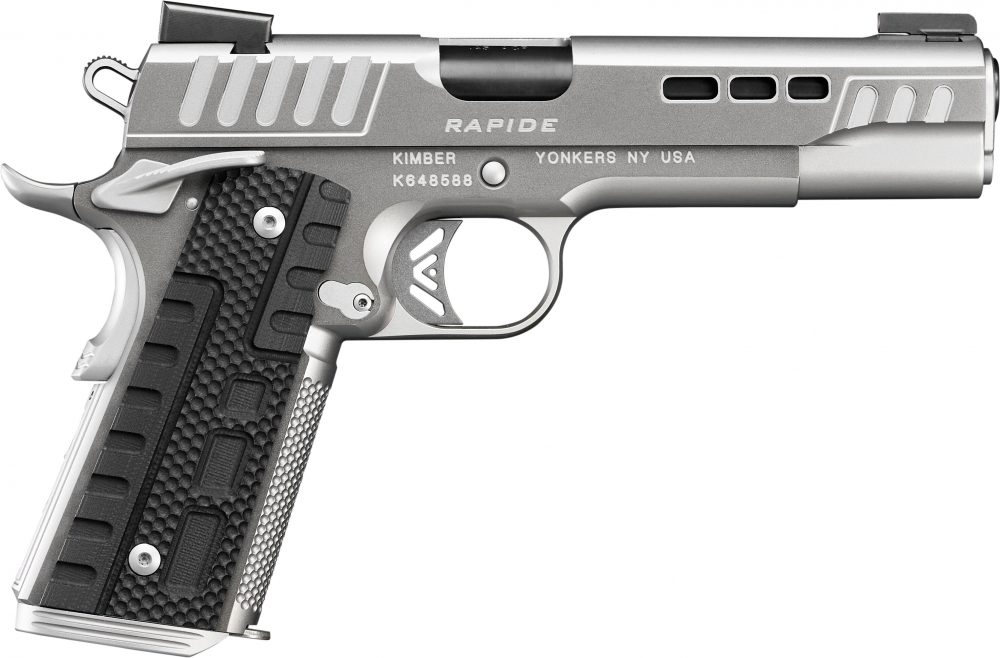 With a name familiar in Europe commonly used for a fast express train– and a popular Aston Martin model– the Rapide is billed by Kimber as a 1911 platform built for speed and is both competition and range ready. 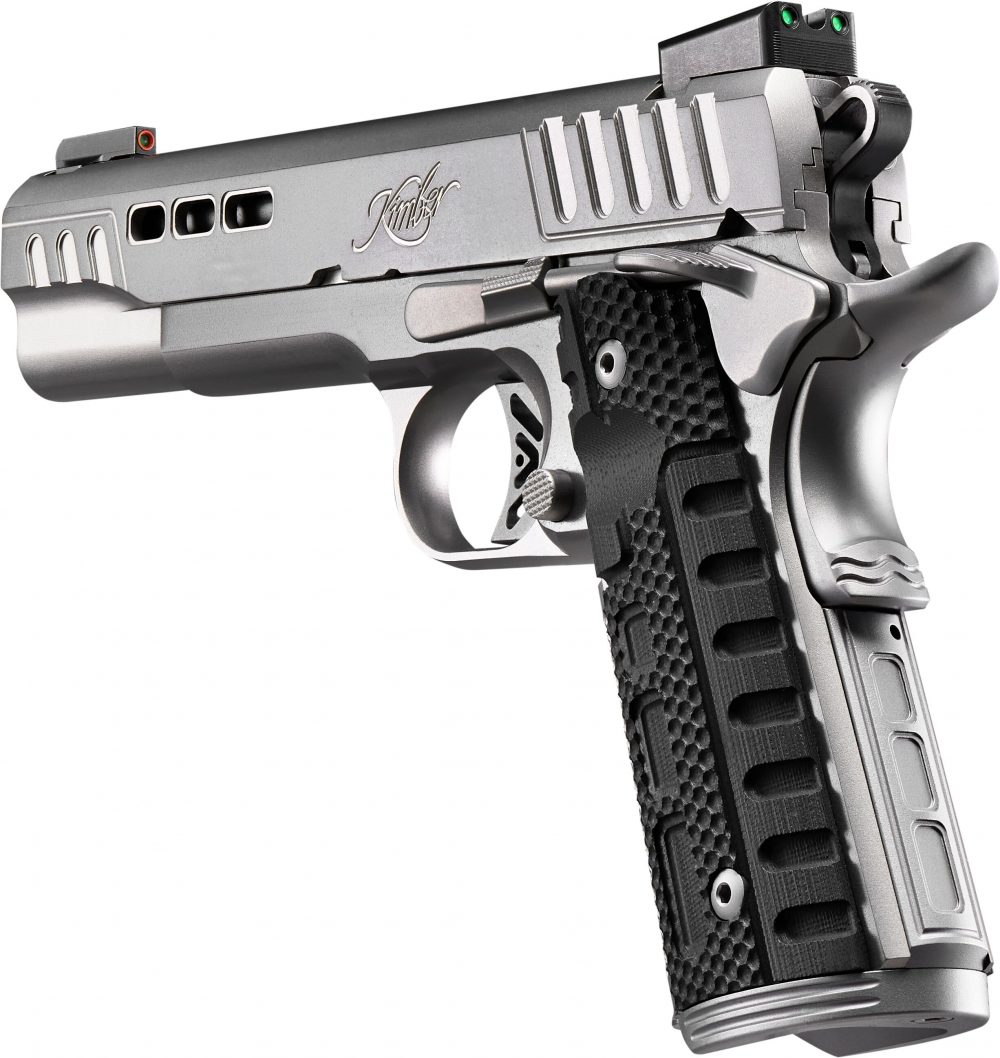 The Rapide runs a match grade barrel w/ DLC coating, has black G10 grips, a full-length guide rod and a V-Cut aluminum trigger factory set at between 4 and 5-pounds.

Sporting a two-tone silver and gray finish, they ship with one 8 round Tac-Mag magazine for an MSRP of around $1,500.

The Micro 9 series of 9mm subcompact carry guns is growing with the new models: a Triari, Amethyst, and a Raptor Collectors Model. 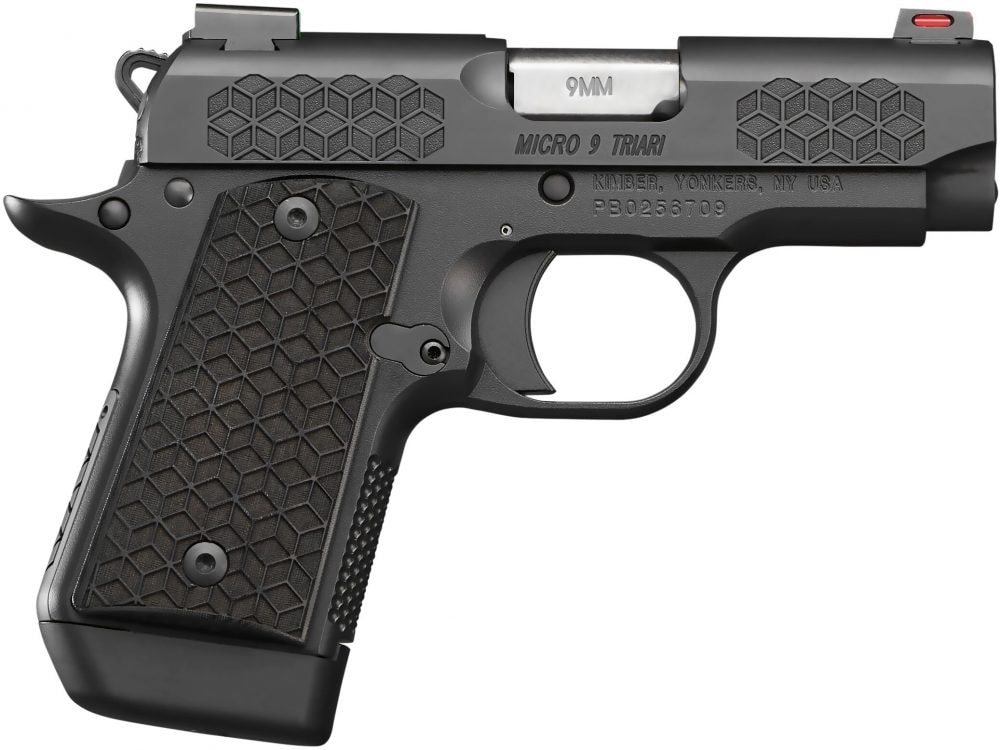 The Micro 9 Triari uses a geometric patterning on the slide and Micarta grips. Carrying fiber optic sights, MSRP will be $788. 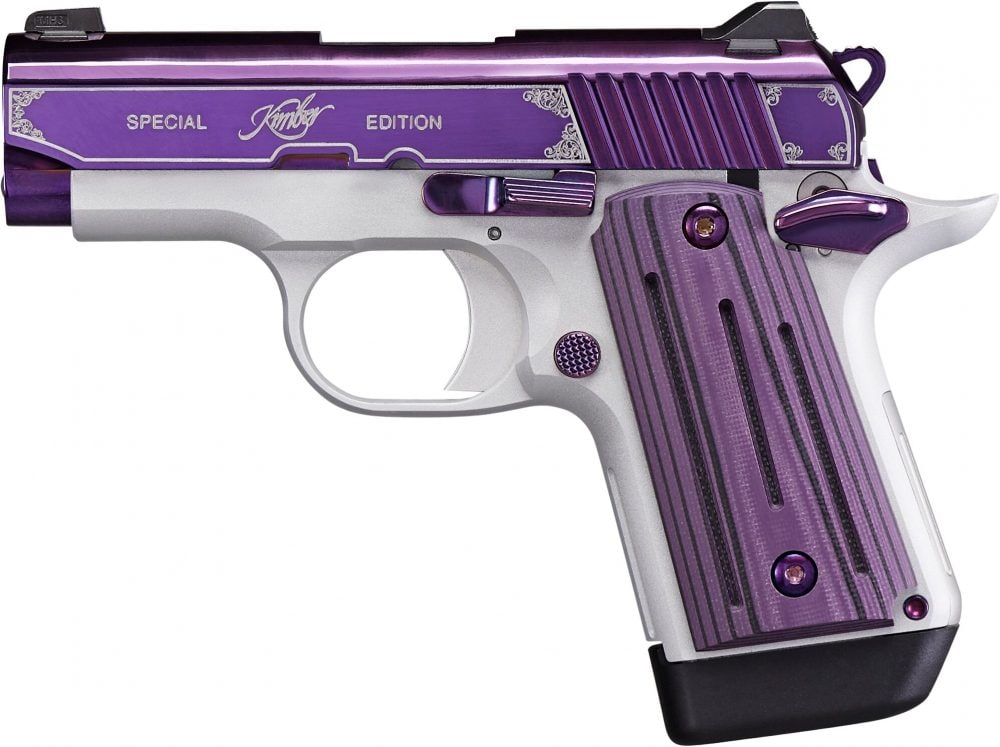 Kimber uses their Amethyst PVD finish on other models and has now applied it to the Micro 9 with a purple slide complete with cut scroll engraving and G10 grips. MSRP will be $1,061. 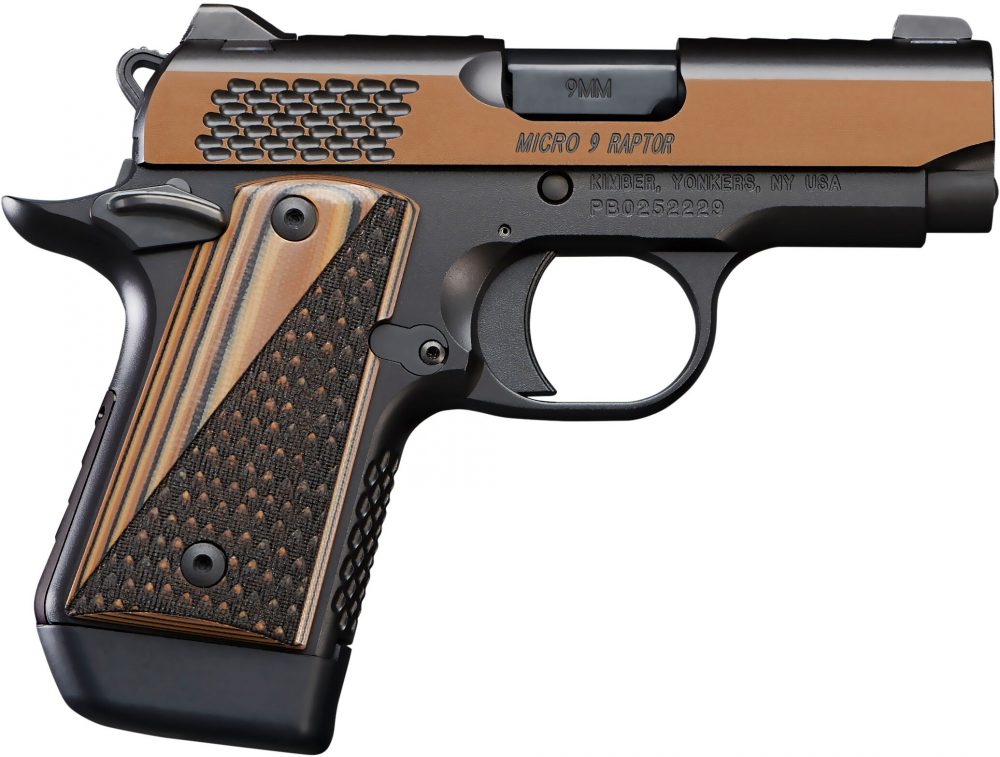 New for 2020 is a series of three different Collector Edition guns sporting the company’s legacy Raptor scaling and a two-tone Tru-Tan and Black KimPro II finish. This is the Micro 9 variant. MSRP will be $951.

Three new revolvers will be up for grabs from Kimber next year to include a 4-inch Combat, 4-inch Target, and a special Texas edition snub. 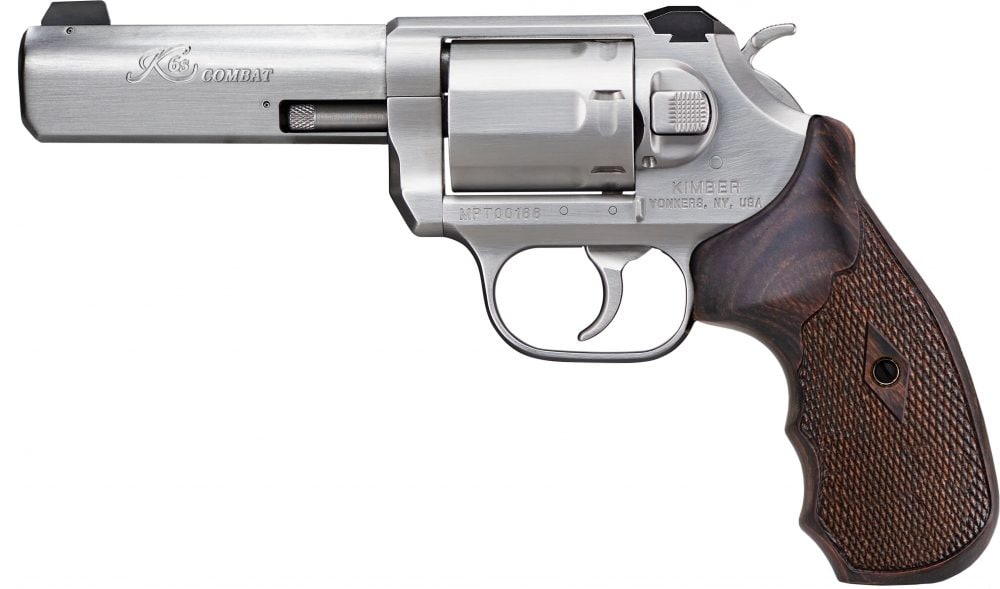 Using a 4-inch barrel and a new, larger grip profile, the 6-shot .357 magnum chambered K6s Combat is a full-sized double-action/single-action revolver. Previously, Kimber only marketed this model with a 2- and a 3-inch barrel. MSRP, with walnut finger groove laminate grips and white dot sights, will be $989 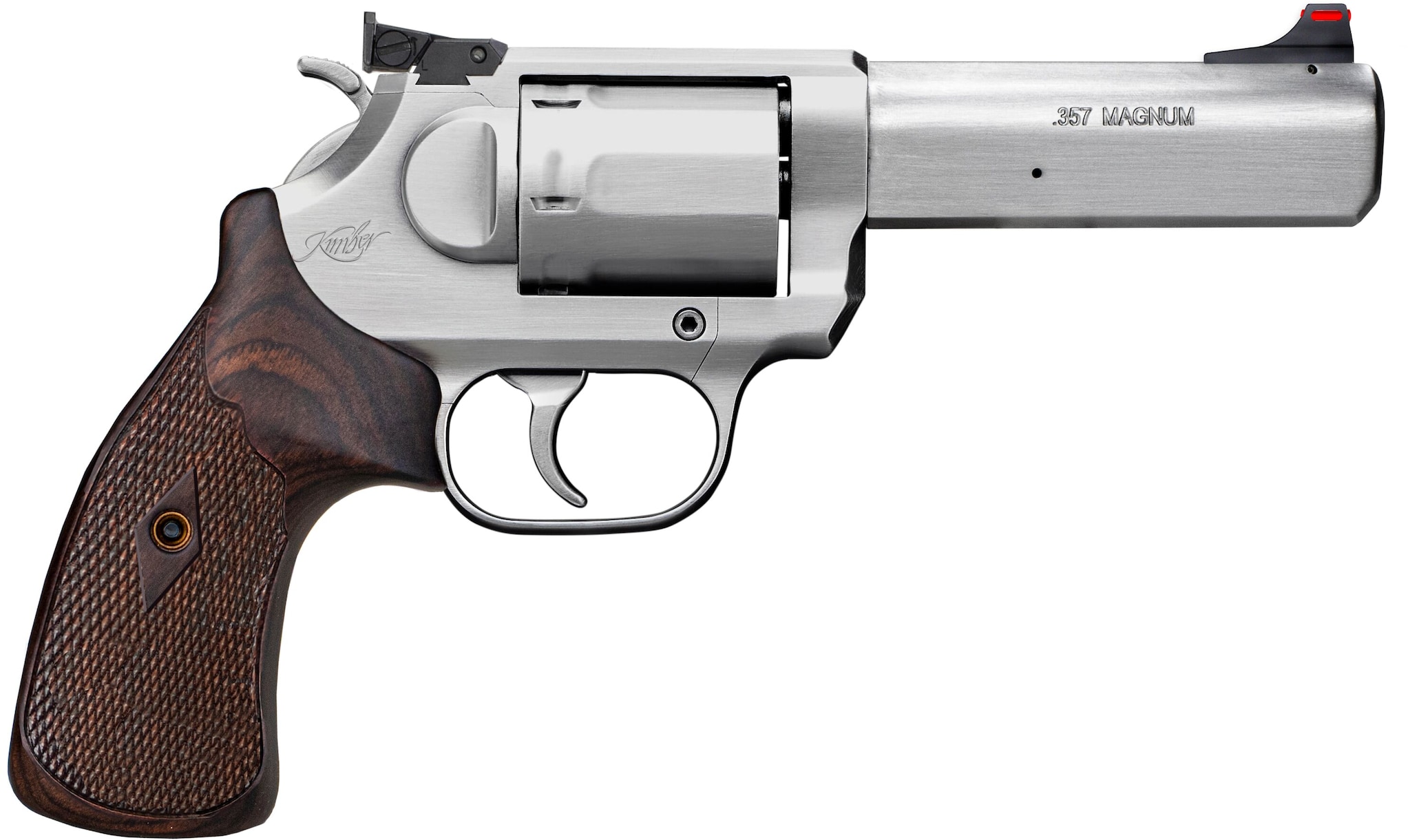 Also new in 4-inch barreled K6s models is a DA/SA Target revolver that also has the new, larger grip profile. It sports an adjustable rear and red fiber optic front sight. Like the above model, it is set to retail for $989. 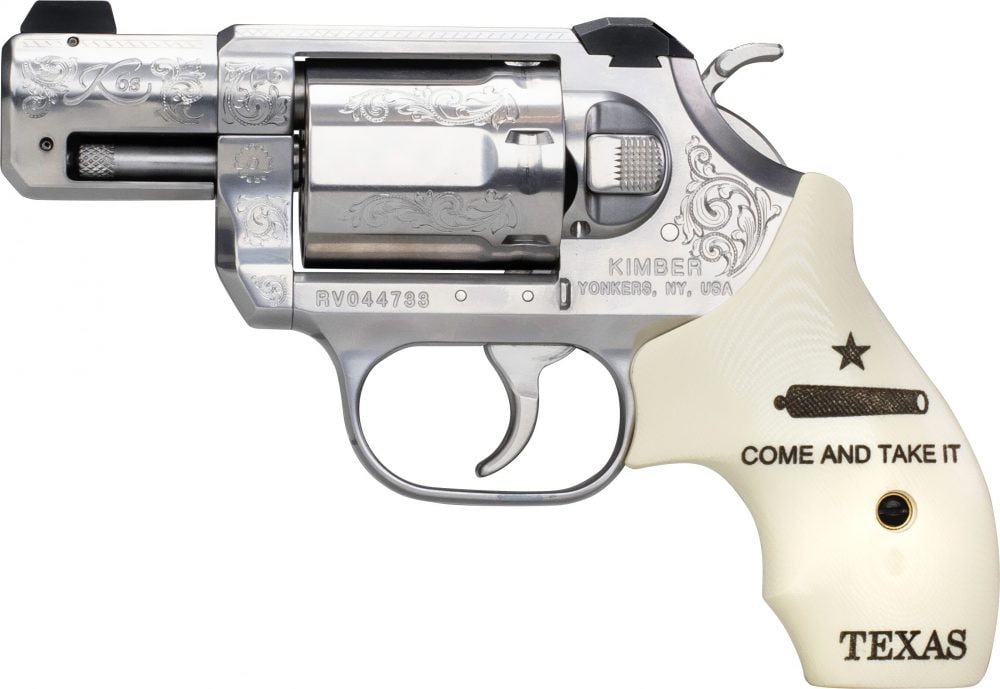 Texas Republic stalwarts could find the Kimber Texas Edition to be their new snubby. Using leaf and vine engraving on a brushed stainless steel frame coupled with grips wearing the state motto and flag, the Texas Edition is a fine tribute to the Lone Star State. 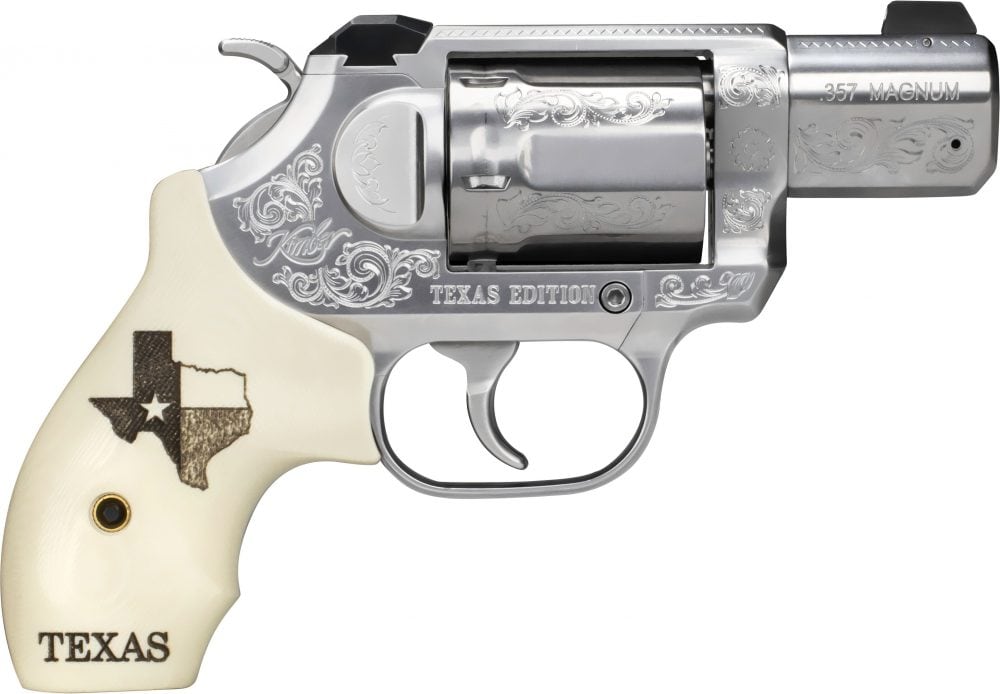 Three new Kimber EVO compact metal-framed 9mm pistols will be headed to retailers in 2020. These include two SP Select variants– in stainless and black– as well as a Collector series Raptor two-tone 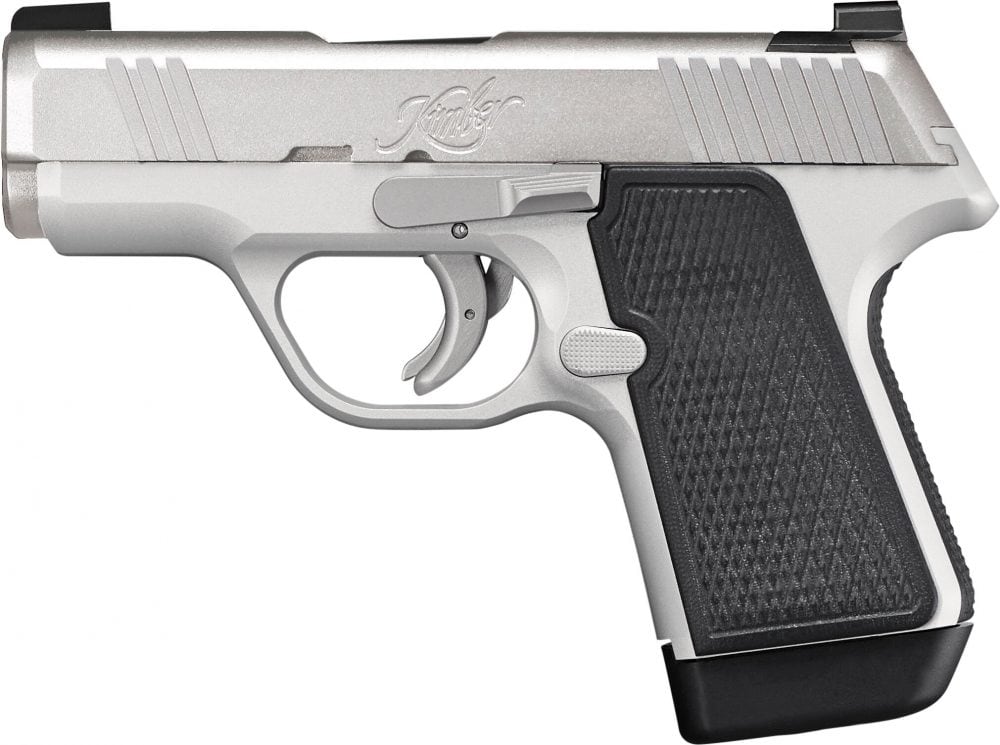 The EVO SP Select in stainless has ledged white dot sights with a rear U-notch and black nylon grips. Billed as a “no-nonsense choice” in a carry gun, the model will have an MSRP of $599. 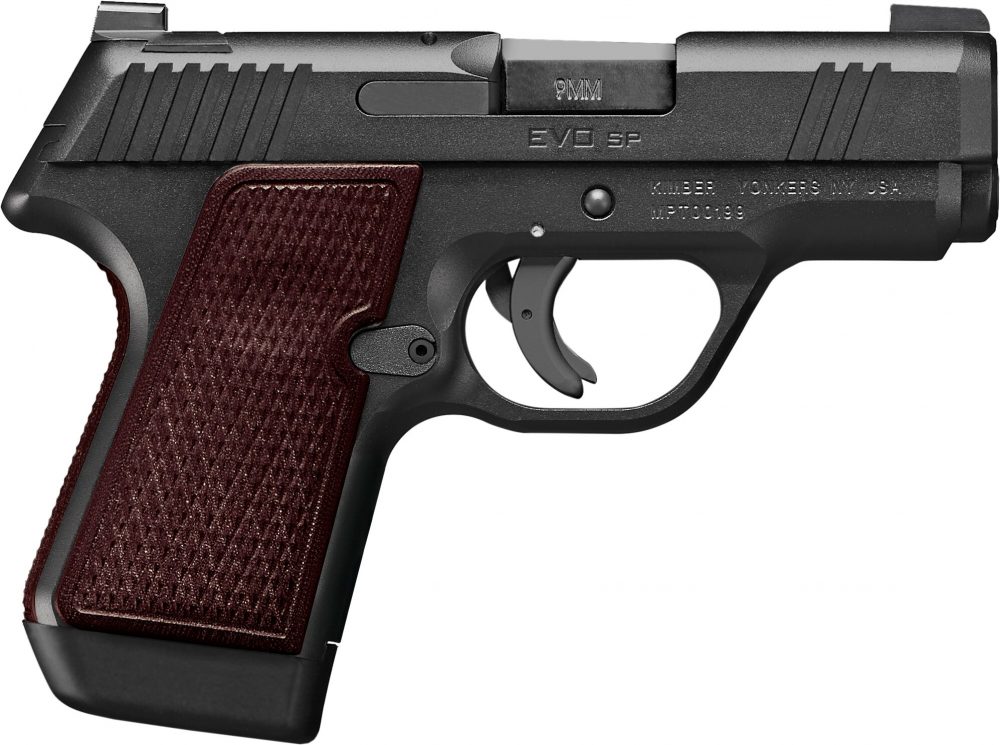 Likewise, the EVO SP Select will also come in black at the same price point. 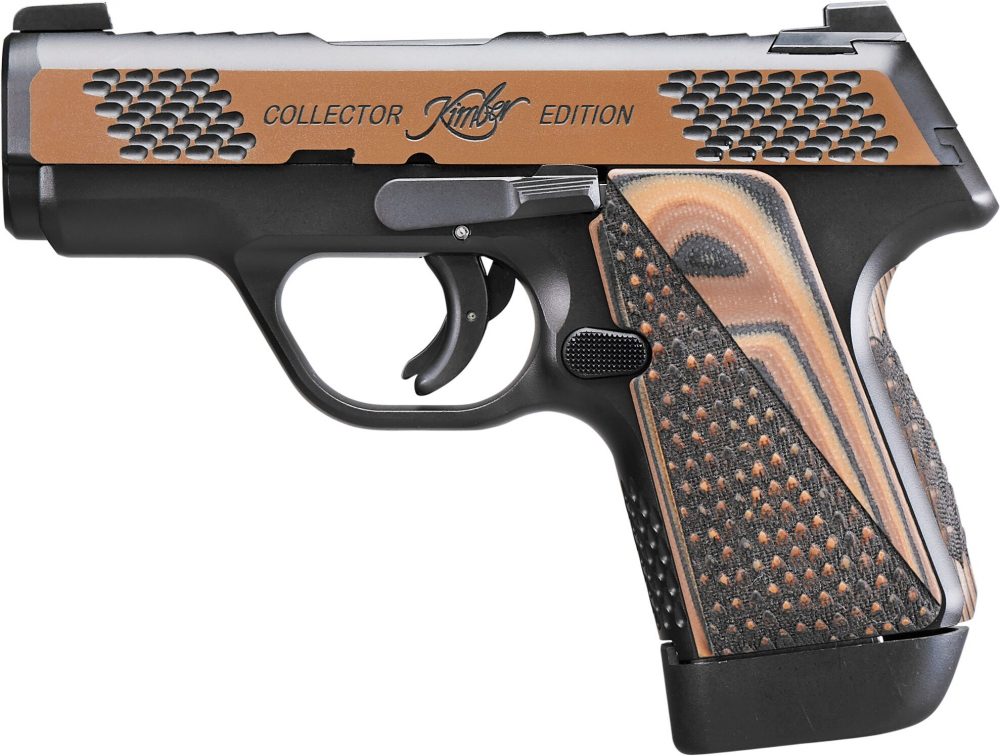 The EVO Collector edition Raptor uses what Kimber bills as its Raptor scaling along with a black and tan two-tone finish. MSRP is $999 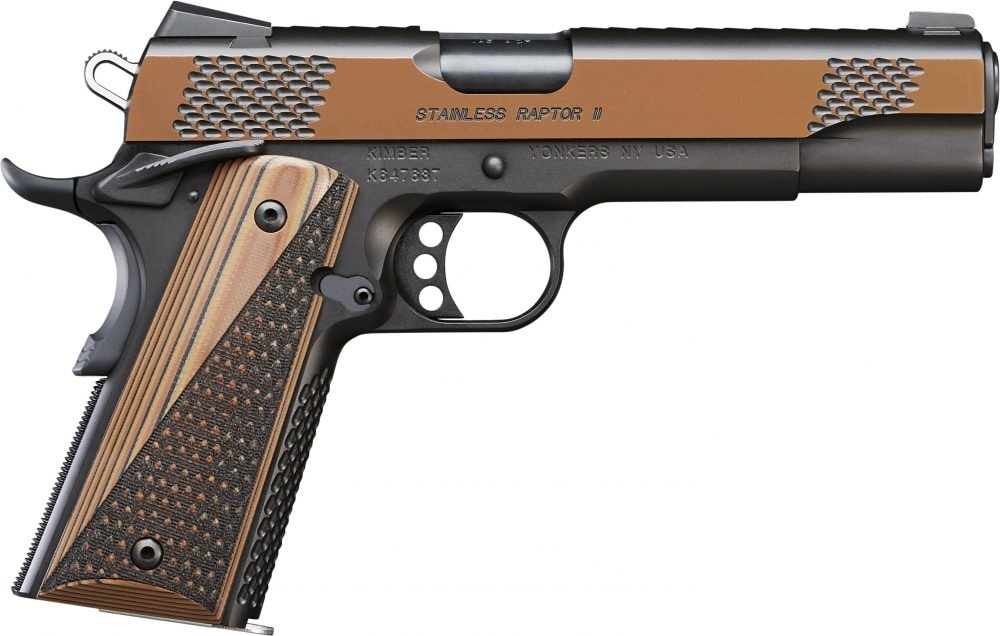 We’ll bring you more on these in person from SHOT Show in January, where these new models will no doubt be front and center at Kimber’s booth.