GET IN ON THESE GREAT COLLECTIBLE 94s

While their historic North Haven, Connecticut factory was still in full swing, Winchester cranked out more than 100 runs of such Commemorative Issue Model 94 lever guns between 1964 and 2005 with the largest runs made before 1985. While that sounds like a huge variety of guns, keep in mind some, like the 1972 Yellow Boy, were only advertised in Europe while others, for instance, the Saskatchewan Diamond Jubilee in 1980, were only marketed in Canada as they were made by Cooey in Ontario. Even with that, the models that made it to shelves in America were amazing. 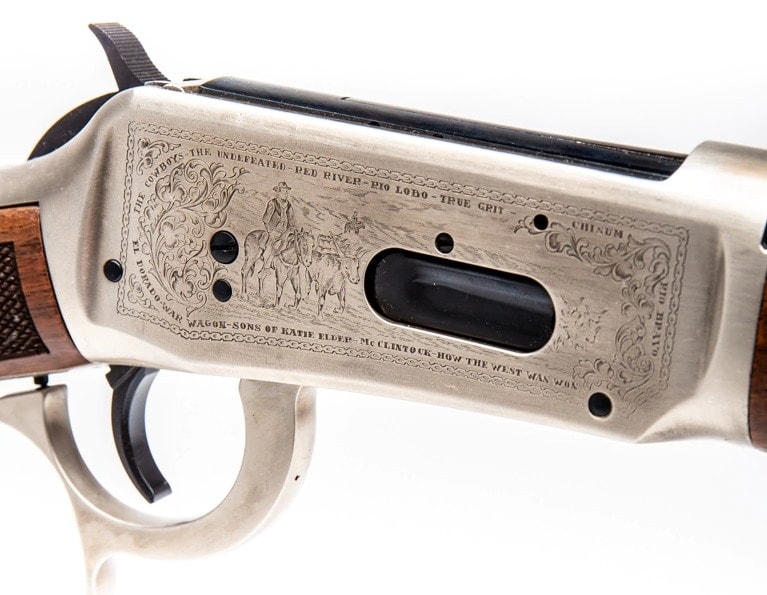 This John Wayne Commemorative, produced in 1981, is extensively engraved with a trail ride scene and the names of several “The Duke’s” classic Western films. 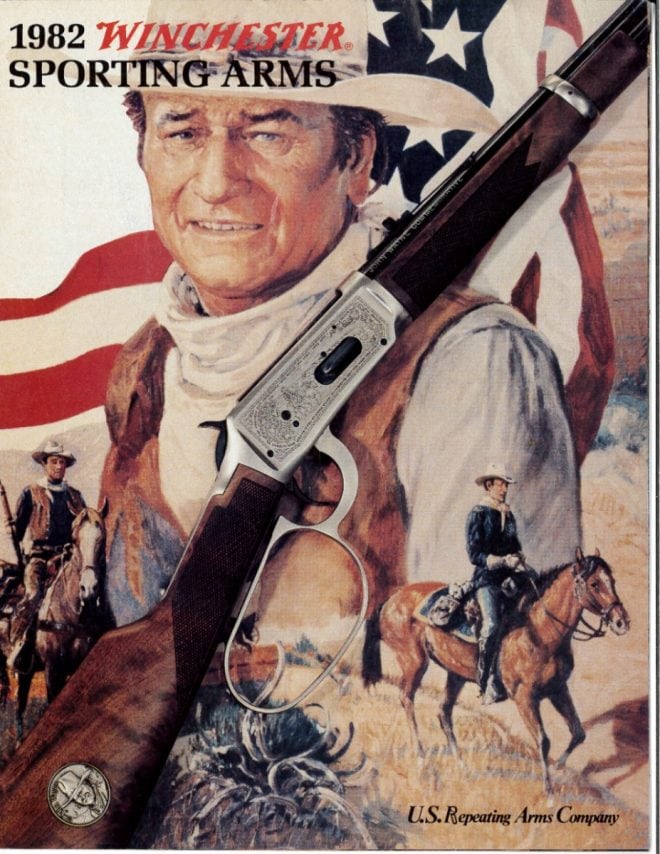 The model was featured on the cover of Winchester’s 1982 catalog. (Photo: Winchester)

The guns paid homage to a historical figure, such as President Teddy Roosevelt or Sheriff Bat Masterson. Others were in honor of Native American tribes, such as the Cherokee or Cheyenne. Still, other Commemoratives showcased organizations like the Boy Scouts or Wells Fargo stagecoach service. Then some guns saluted American icons like the Bald Eagle. Events like the Golden Spike– where the Transcontinental Railroad was finally linked together in 1869– or the U. S. Bicentennial, were remembered with their own Winchester 94. 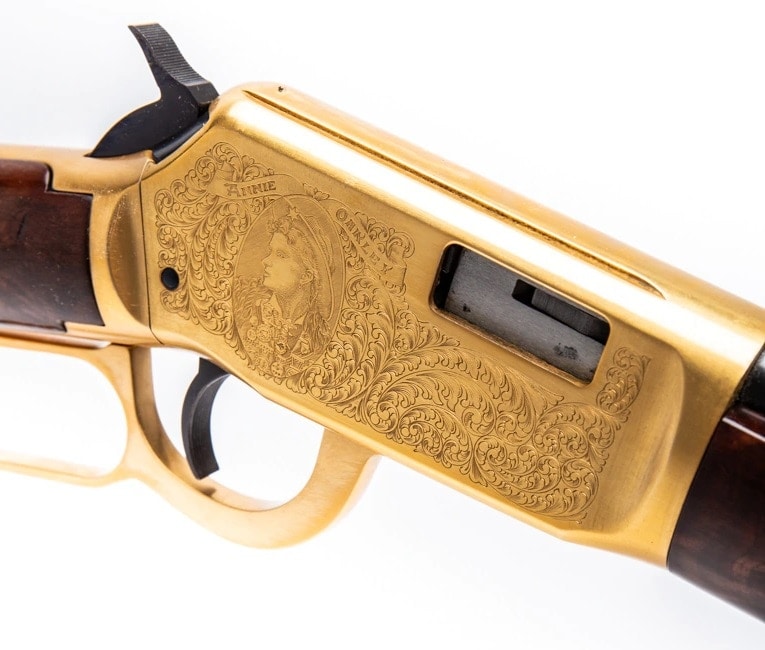 An Annie Oakley Commemorative, made in 1982.

Here are some in the Guns.com Vault looking to fill a spot in the heart of collectors: 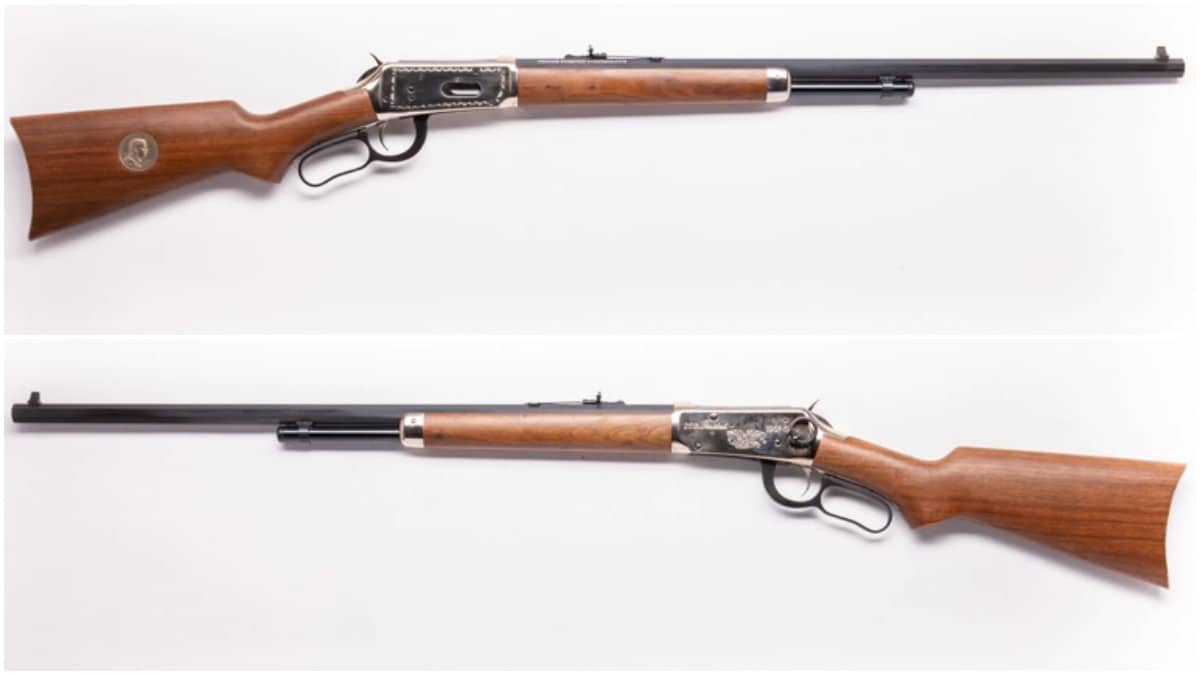 This Winchester 94 Theodore Roosevelt Commemorative, issued in 1969, is a lever-action rifle chambered in 30-30 Win with a 6-plus-1 round capacity. This rifle features a nickel-plated receiver and end cap, with the receiver featuring a bald eagle, ’26th President’ and the years of Teddy’s tenure in office. A 26-inch heavy octagon is adorned with a buckhorn sporting rear sight and a beaded front sight. The handsome smooth wood stock also features a medallion insert with a portrait of our 26th President. 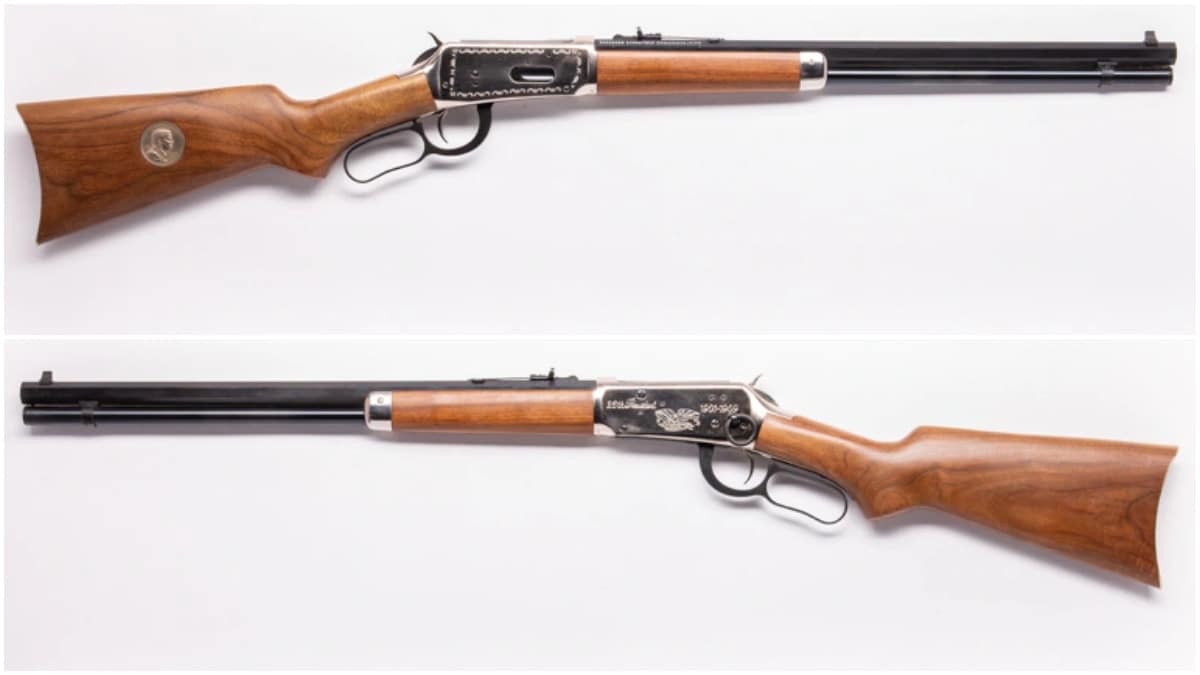 We also have a desireable Carbine version of the “Teddy” Commemorative, with a 20-inch barrel. Issued the same year as the rifle, they both have “TR” serial numbers. 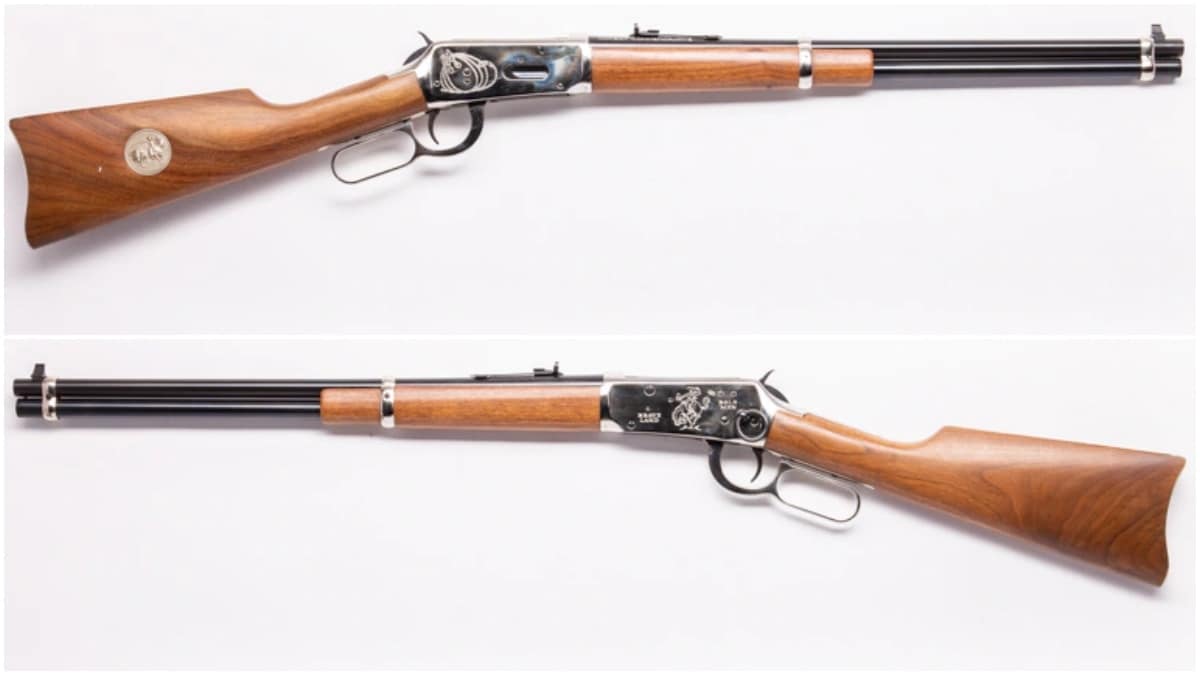 The Cowboy Commemorative Winchester 94s were produced in 1970 and have a “CB” serial number range. 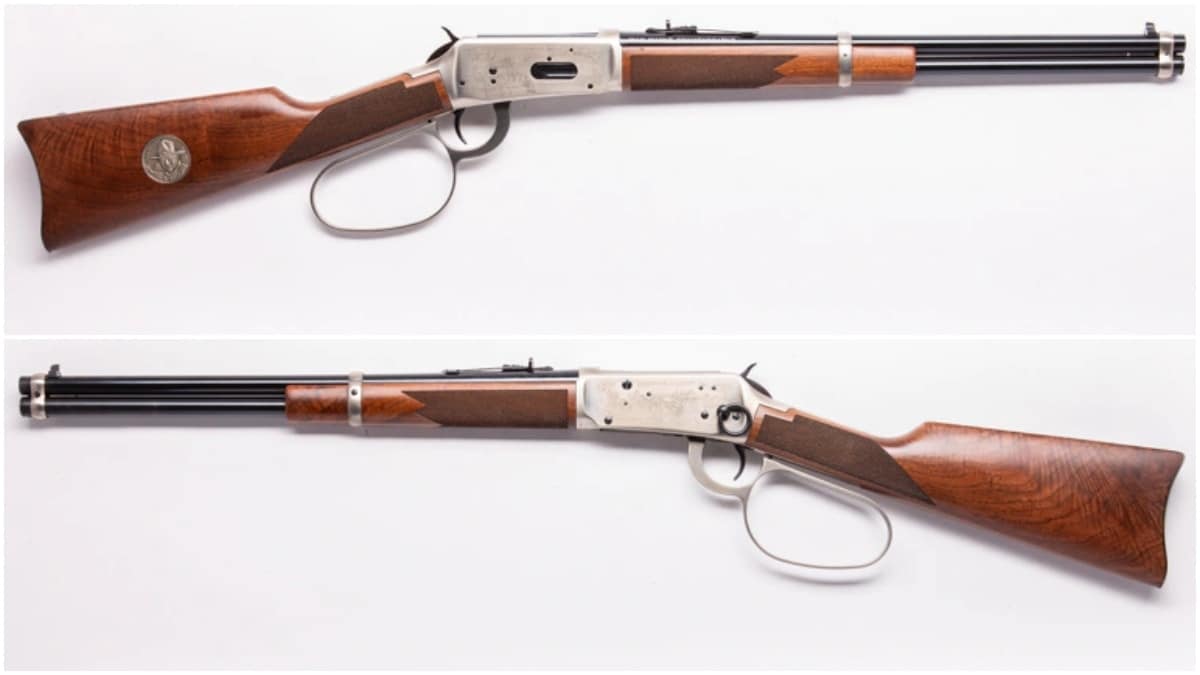 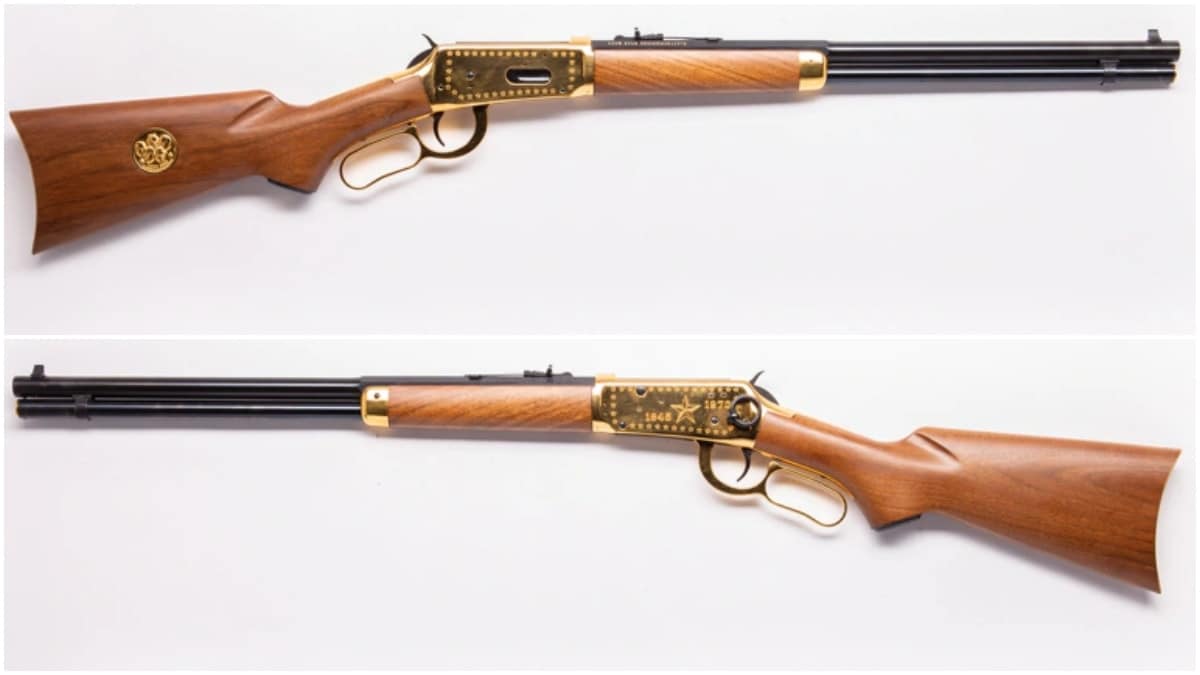 This Winchester 94 carbine with a 20-inch barrel is marked “Lone Star Commemorative” while the polished brass on the receiver features many stars and “1845-1970” marking the 125th anniversary of Texas’ statehood. 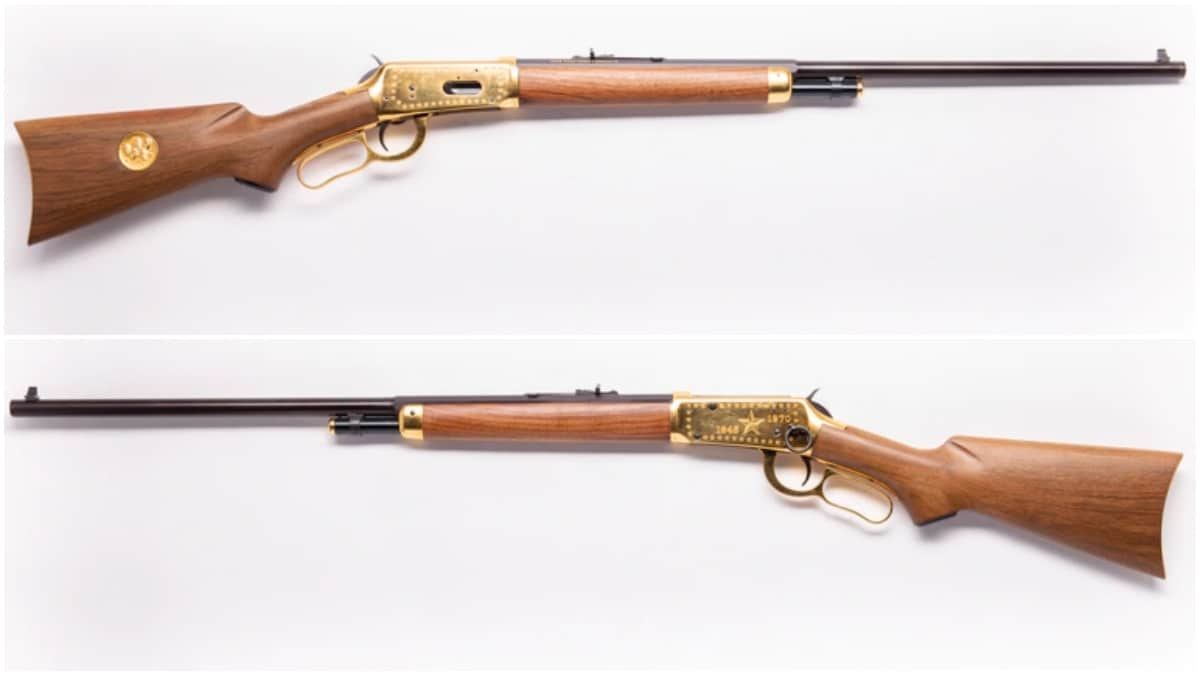 We also have the rifle version of the Lone Star Commemorative with a 26-inch barrel. Like its shorter brother, it was produced in 1970, is chambered in .30-30, and has a special “LS” serial number range. 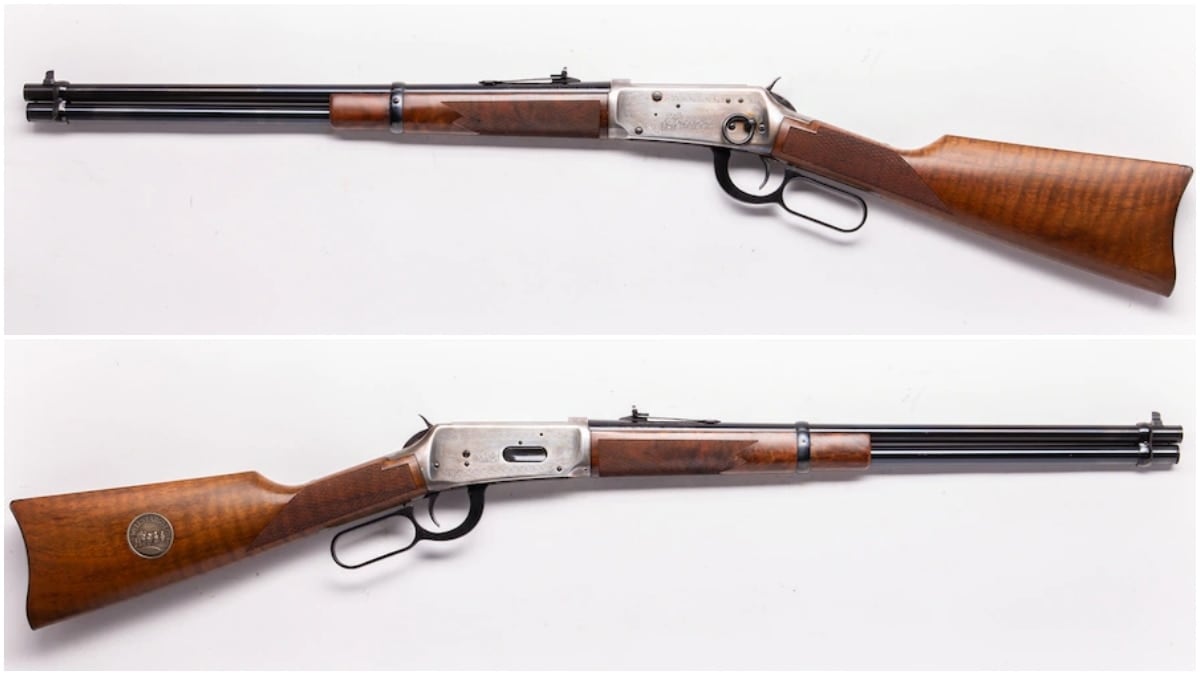 Engravings on the receiver of this Commemorative depict scenes of horse-drawn wagons from Wells Fargo’s past including beautiful scrollwork, and the dates 1852 and 1977– commemorating 125 years of the historic institution. 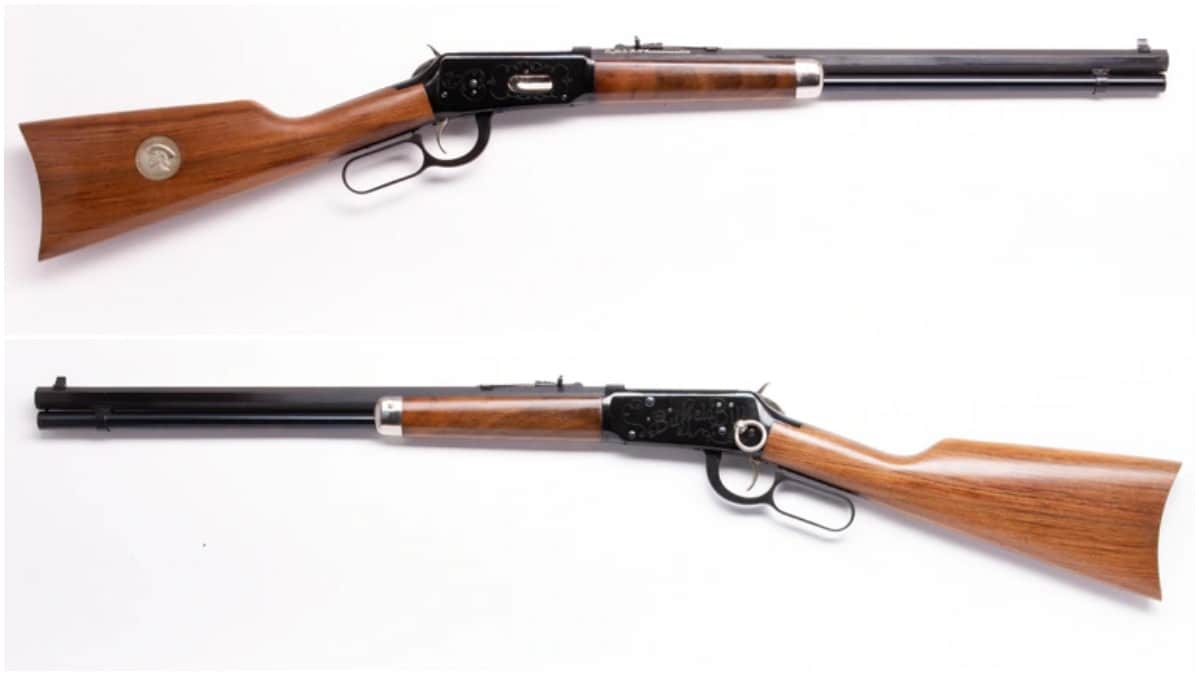 This 1968-produced Winchester Model 94 Buffalo Bill Commemorative lever-action carbine in .30-30 has a 20-inch octagon barrel and features light scrollwork engraved on the blued steel, and well as a saddle ring. The stock and forend are smooth walnut with the right side of the buttstock featuring an inlaid medallion with a portrait of Buffalo Bill Cody. 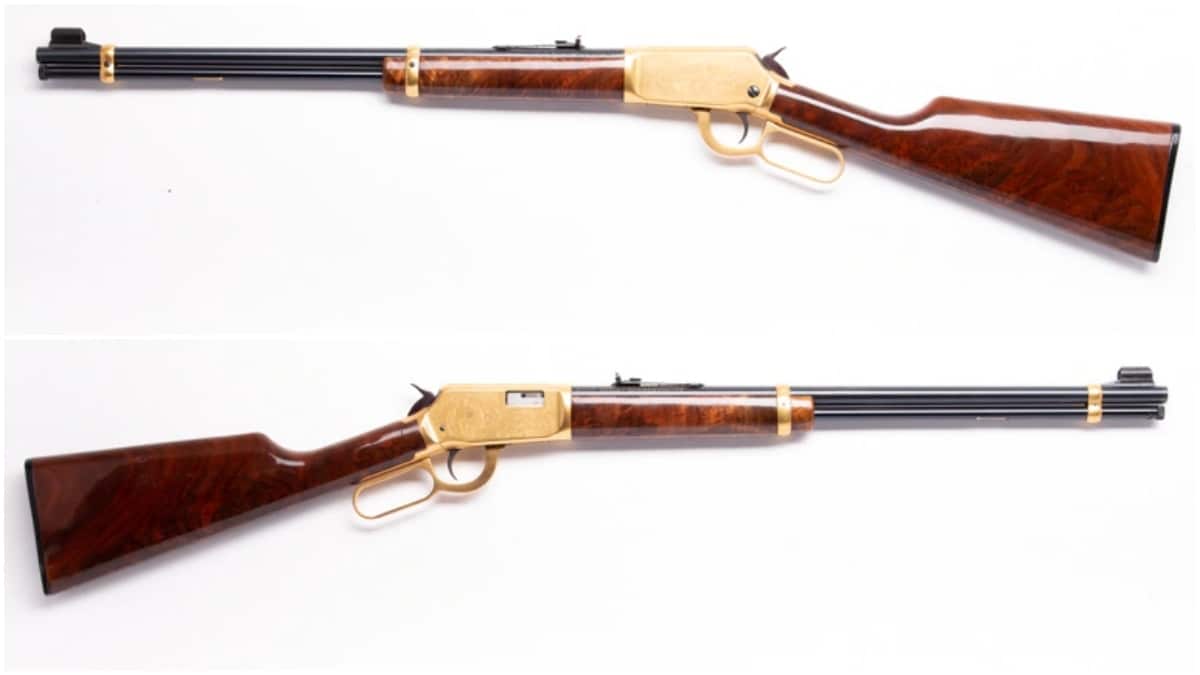 Produced in 1982, this Anne Oakley Commemorative is chambered in 22LR. Featuring extensive receiver engravings of the famed frontier figure, it has an “AOK” serial number range. 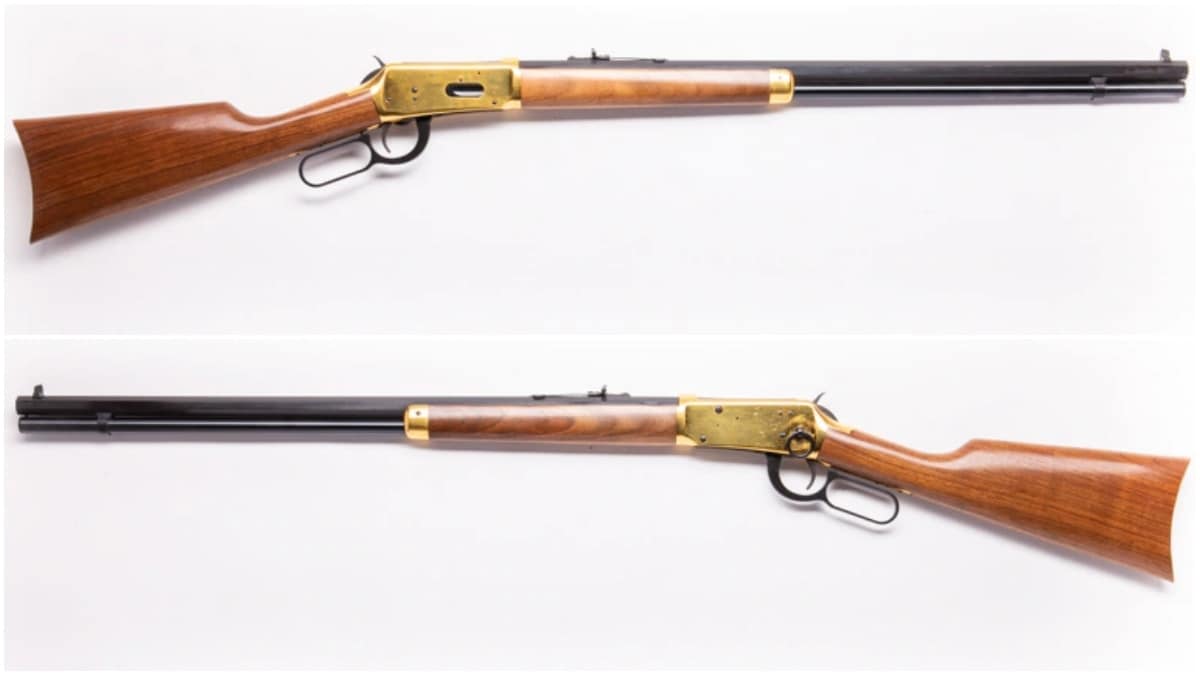 Commemorating Winchester’s 100th year of operation in 1966, the 94 Centennial ’66 is a lever-action rifle chambered in 30-30 Win with a 7-plus-1 round capacity. A 26-inch barrel heavy octagonal barrel has an adjustable semi-buckhorn rear sight and a blade front sight. The 94 Centennial ’66 is adorned with gold finish on the receiver and other components, while the barrel features engraving commemorating ‘A Century of Leadership’. 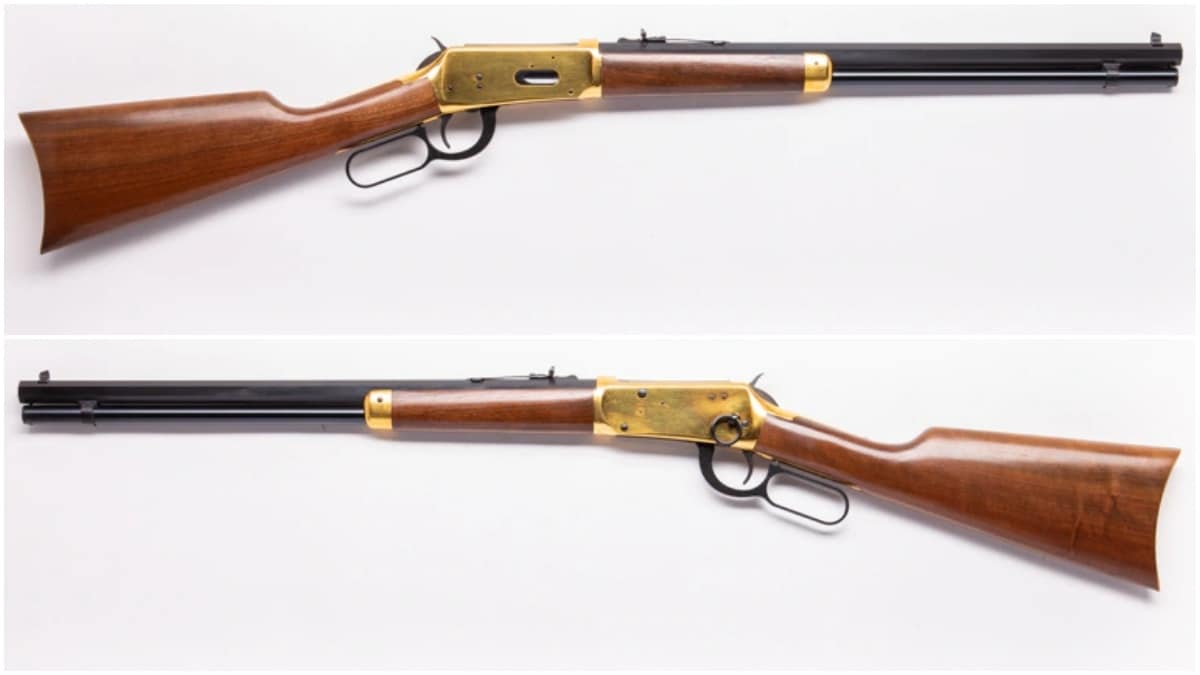 There is also the Carbine version of the same 94 Centennial ’66, sharing the same features but with a shorter profile. 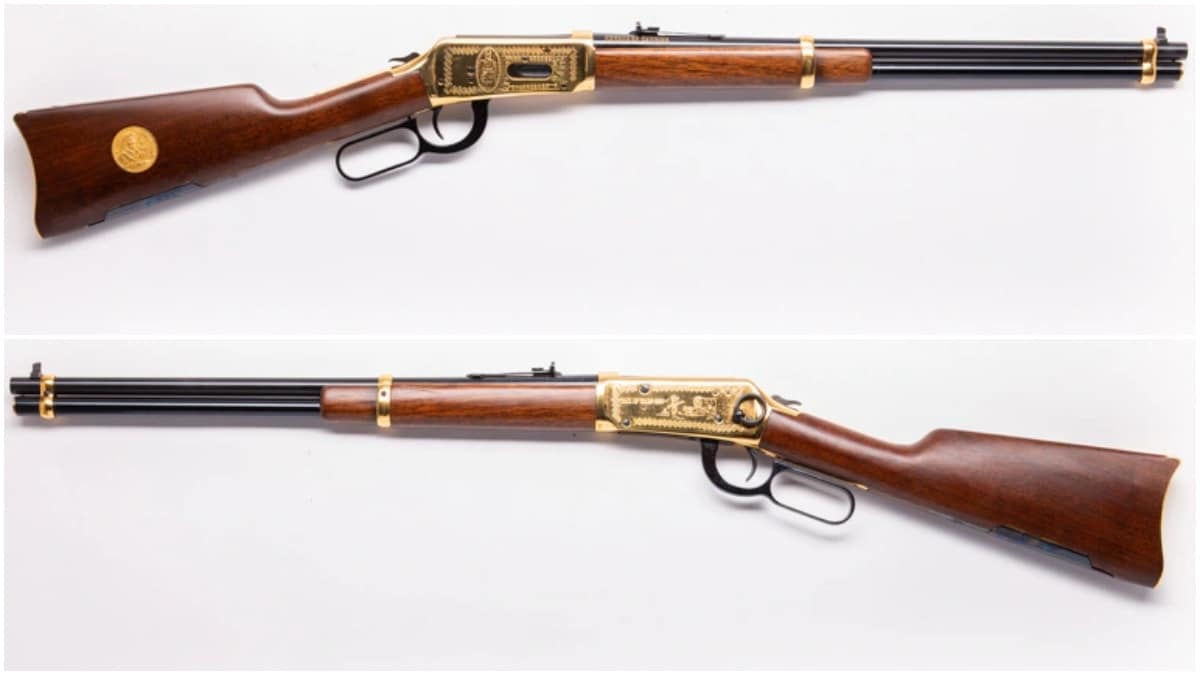 Released in 1978, this carbine features engraved receivers and a medallion insert paying tribute to the Cherokee people, and memorializing the Trail of Tears. 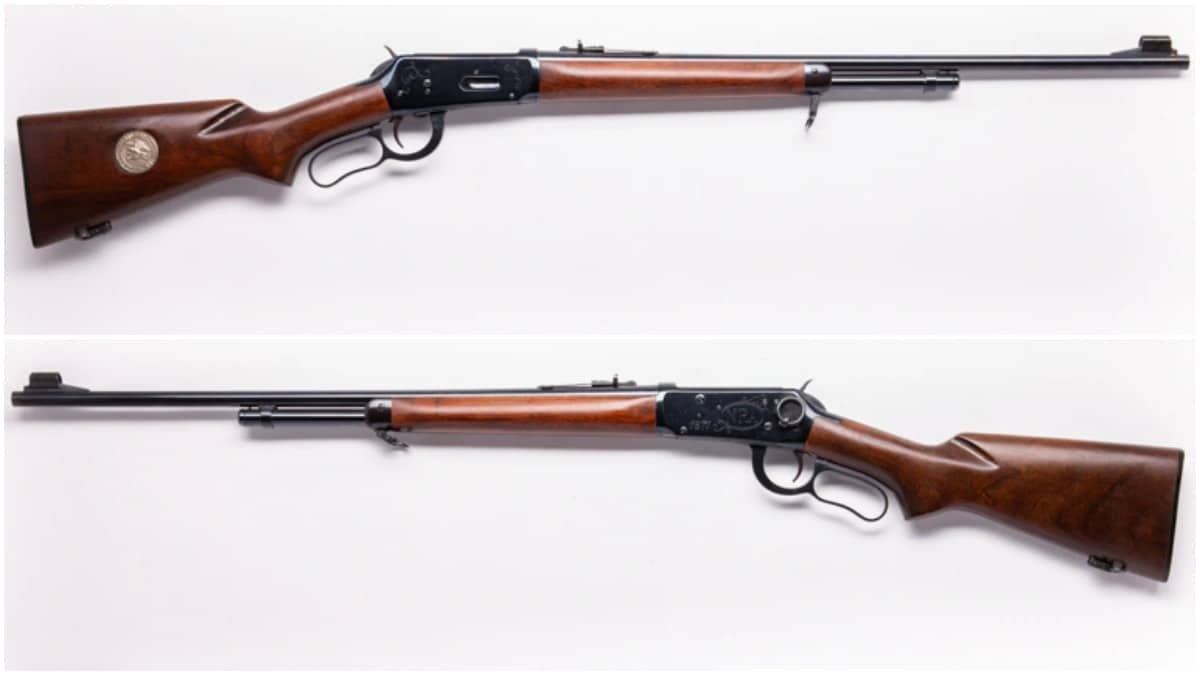 This Winchester 94 NRA Centennial is a lever-action rifle chambered in 30-30 with a 6+1 round capacity. With a 24-inch blued steel barrel and a hooded front sight, it celebrates the NRA’s founding and centennial, 1871 and 1971 respectively. 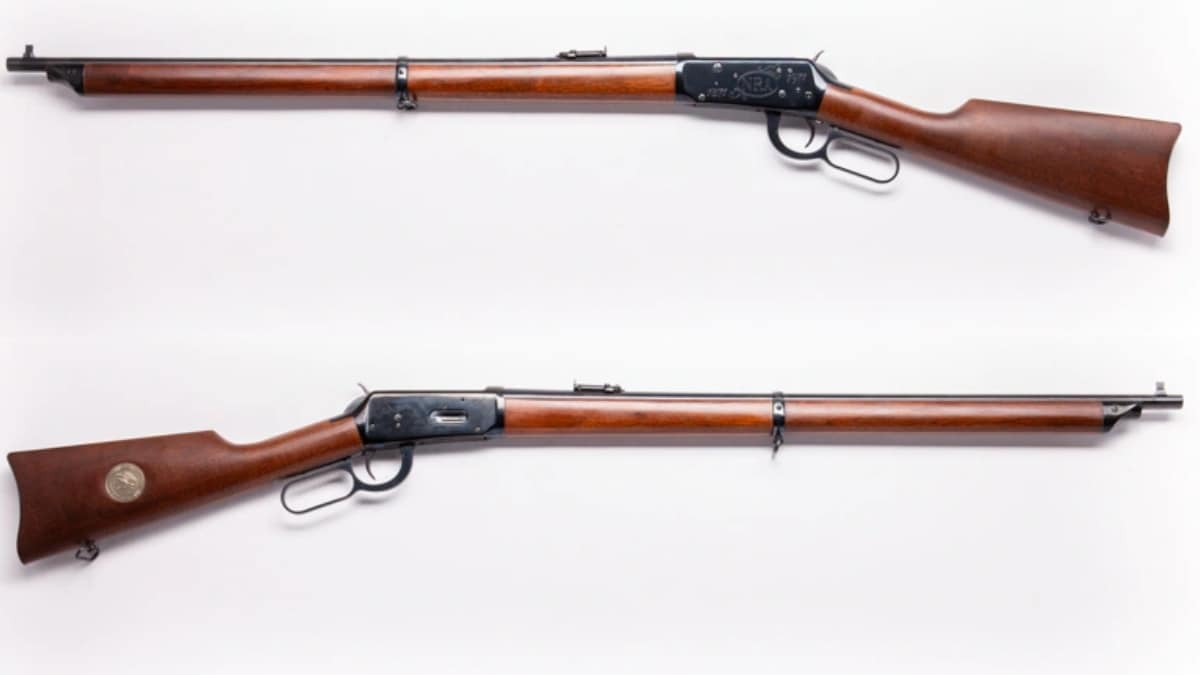 The same year saw a Winchester 94 NRA Centennial musket with a 26-inch barrel and full-length wood stock, an homage to the military rifle configurations of the ’66 and ’73 that were produced for state militia units in the late 19th Century. 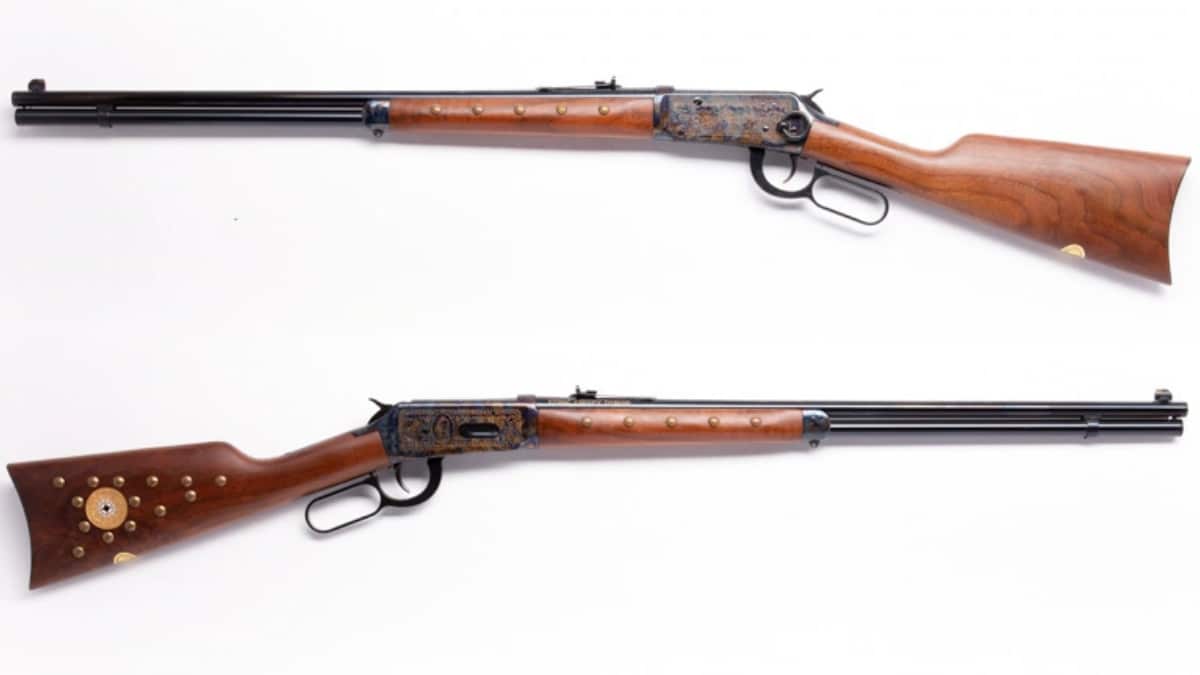 The Model 1894 Chief Crazy Horse is chambered in 38-55 Win and runs a 24-inch barrel. These guns were only made in 1983. It is adorned with tacks much like the Native American “blanket guns” of the 19th Century. 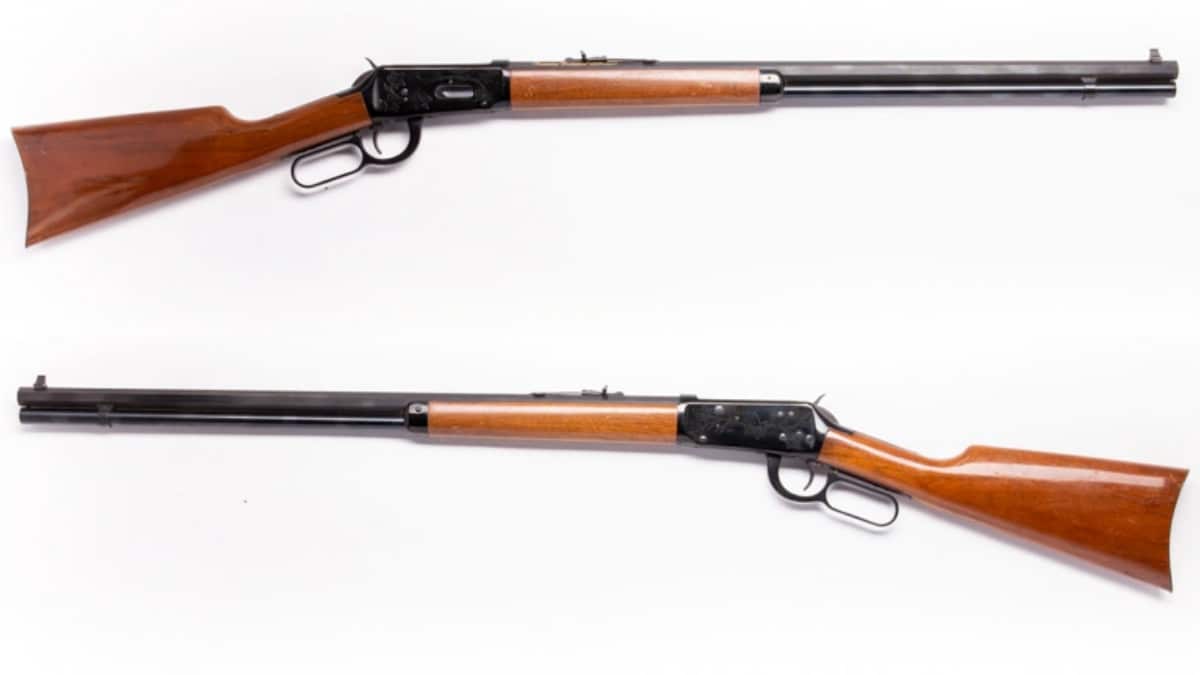 Ohhhhh, Canada! This super clean Winchester Model 94 Canadian Centennial is a lever-action rifle chambered in 30-30 Win and features a 26-inch octagon barrel. It was issued in 1967, the 100th anniversary of Canada’s founding, and was not advertised in the U.S., making it kinda rare here “south” of the Maple Leaf Republic’s border. Molson not included. 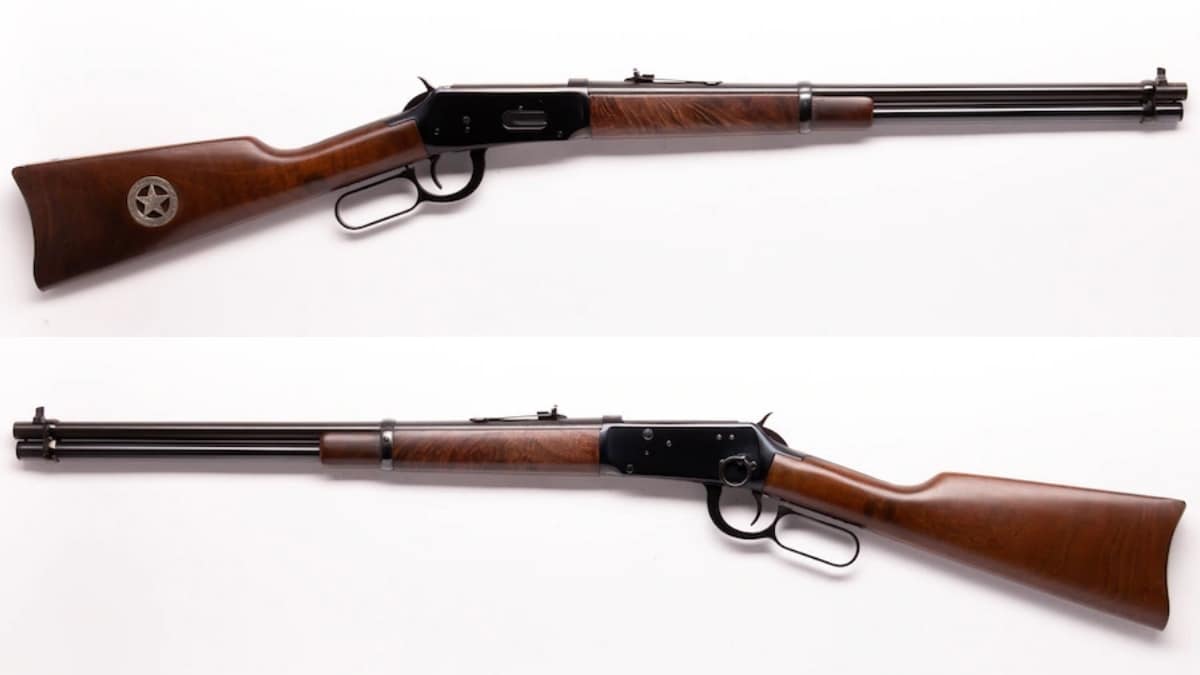 The Winchester 94 Texas Ranger was made to honor the legendary Lone Star State lawmen. This .30-30 with a 20-inch barrel is, like most Winchester 94 Commemoratives, still in the original box in excellent condition, which is cool considering just 4,850 of these guns were made in 1974. 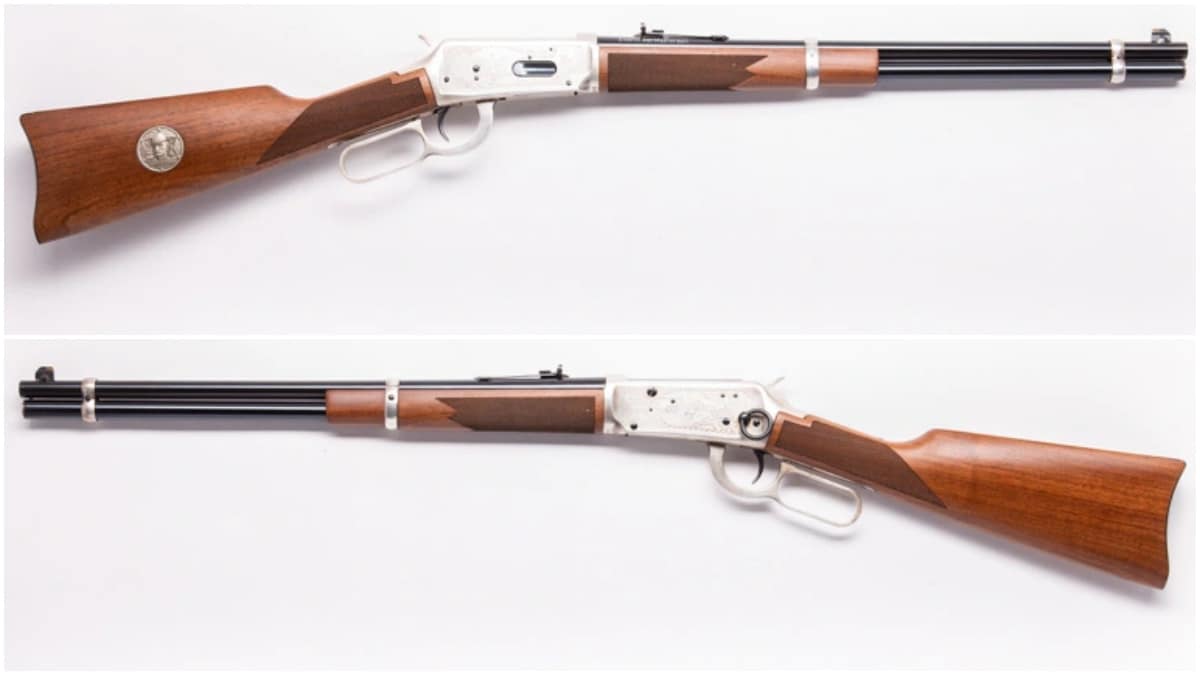 This 1979-produced Sheriff Bat Masterson model was one of the smaller runs in Winchester’s 94 Commemorative issues, with just 8,000 reportedly shipped. 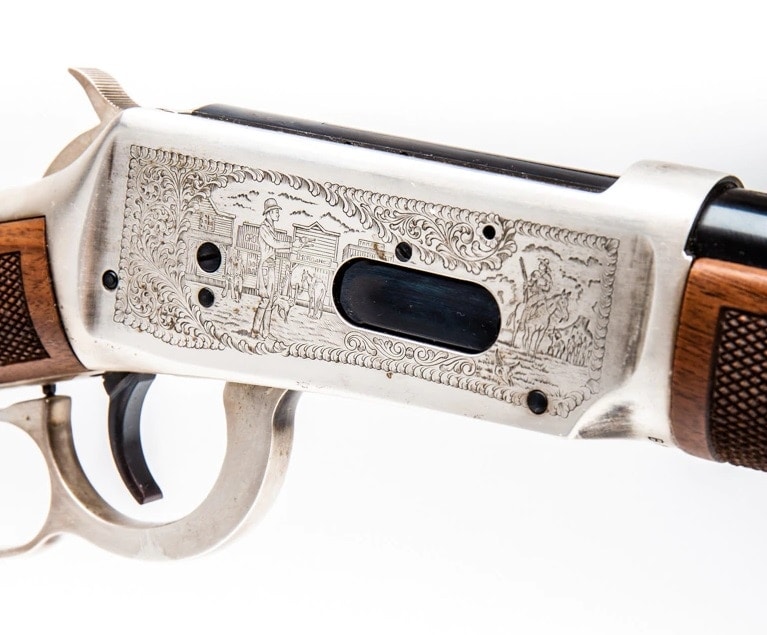 The detail on the Sheriff Bat Masterson is amazing. It is little wonder why these guns were immediately collectible when issued.

Although produced in some cases over 50 years ago, Commemorative 94s are often found in amazing shape, still in the factory boxes in excellent, often unfired condition– just the way we like them. Further, you often find that prices on these limited edition guns are on par or even cheaper than comparable commercial models from the same period– which is just the way collectors like them!

That’s a Win-Win on a vintage American-made Winchester, all day.

GET IN ON THESE GREAT COLLECTIBLE 94s