GREAT PRICES ON EVERYTHING DANIEL DEFENSE

In this episode of Select-Fire, we packed our bags for Daniel Defense’s factory in Black Creek, Georgia to see how they make the magic happen.

Founded in 2002 by President/CEO Marty Daniel, the company sprouted from Marty’s vision to create custom rifle accessories for his personal AR-15s– and because he sucked at golf.

By 2009, Marty decided to move into making the rifles themselves and the DDM4 was born. Rather than just assemble parts made by other players in the AR game, Daniel Defense has resolutely sought to produce their own components in-house, controlling the quality to maintain a top-notch product.

As word of mouth spread about their guns, DD had to expand to meet the demand and give the people what they wanted– more Daniel Defense guns. This led to the DD5 line, the MK 12, MK 18, Ambush series hunting rifles and AR pistols. In 2017, they even started making suppressors with the innovative 3D-printed WAVE series.

Daniel Defense has a little something for everyone in the AR rifle market these days– and is expanding into other lines.

Currently in a new 300,000 sq. ft facility so clean you could eat off the floor, they crank out 40,000 guns a year. Not bad for a company that has only been making firearms for a decade. 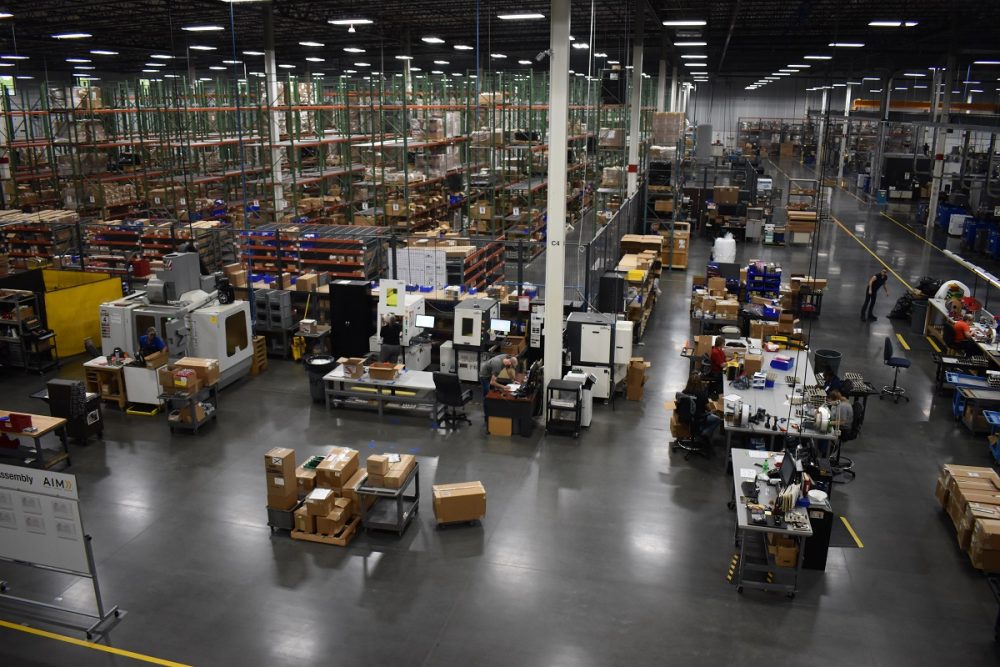 You could eat off these floors (Photo: Chris Eger/Guns.com) 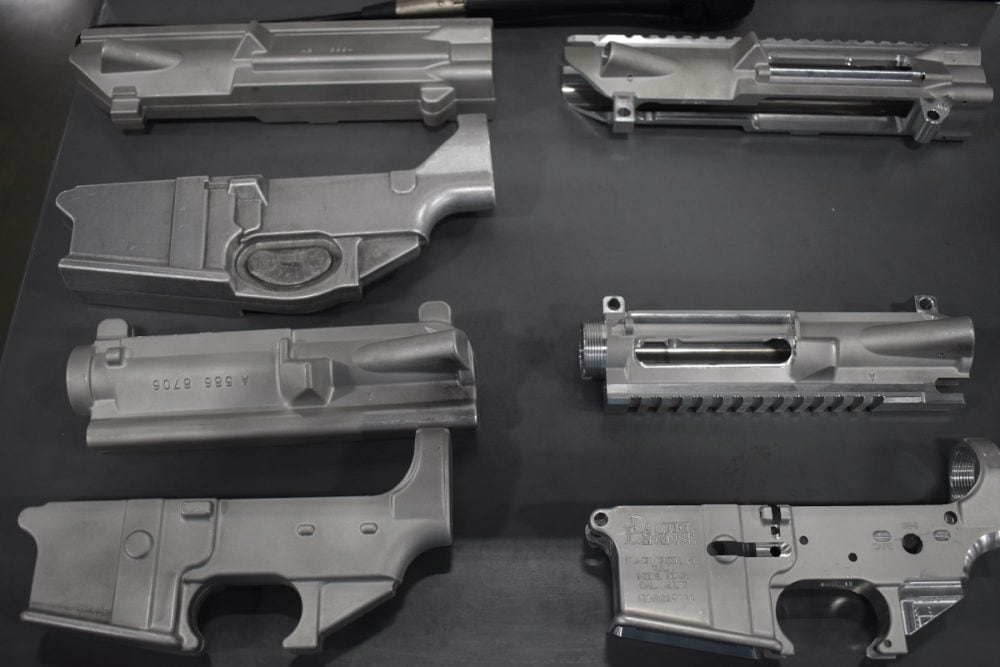 All upper and lower receivers are made from 7075-T6 forged aluminum and milled on a series of Okuma horizontal milling centers under a strict quality control program verified by top-of-the-line equipment. (Photo: Chris Eger/Guns.com) 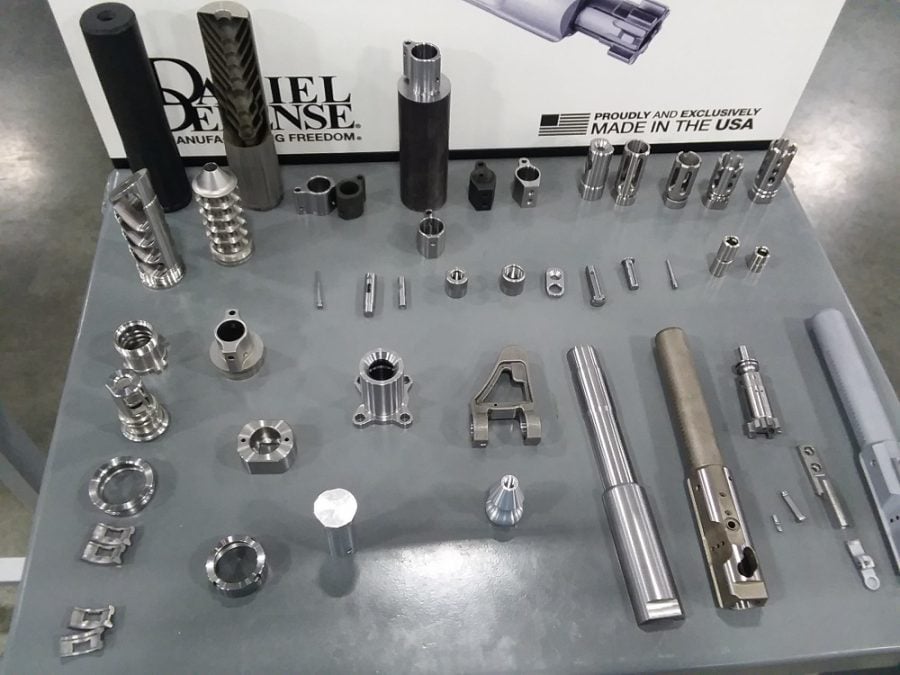 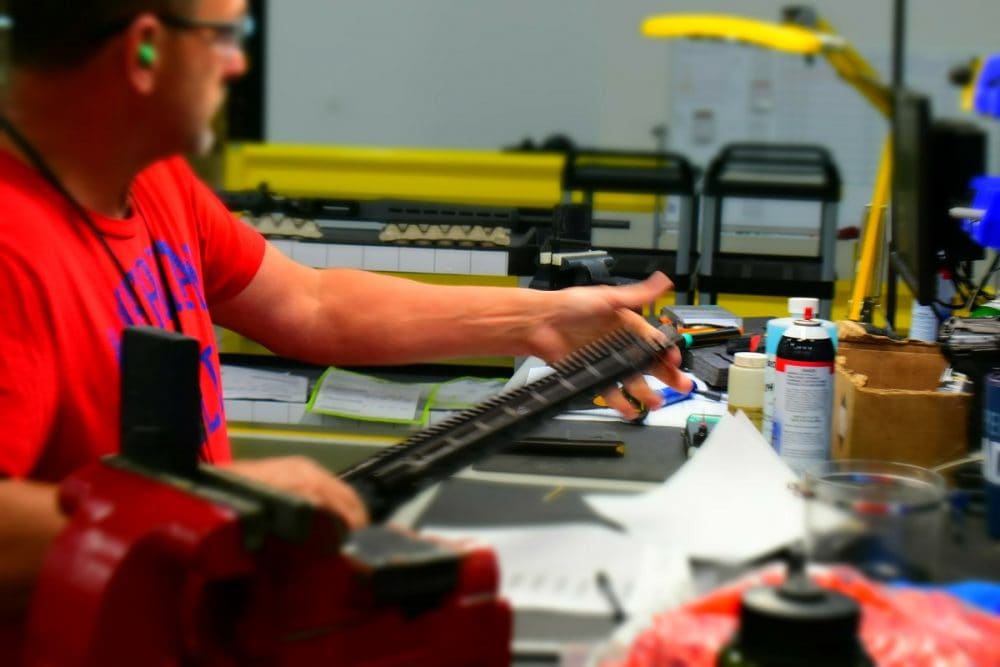 Everything from DD is American made in Georgia (Photo: Chris Eger/Guns.com) 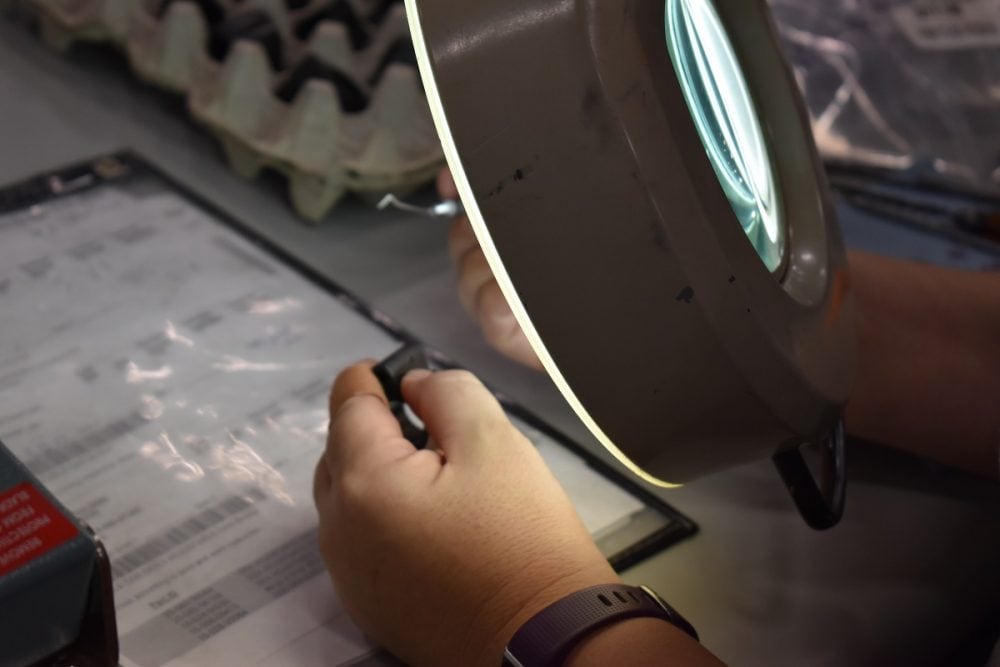 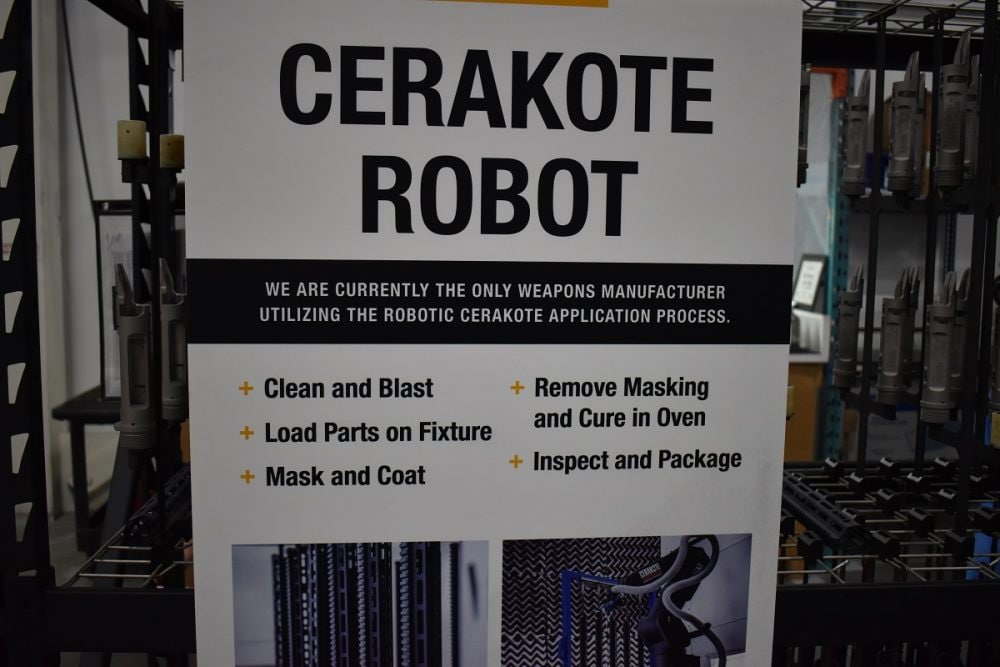 Did we mention that they also have a Cerakote robot? (Photo: Chris Eger/Guns.com) 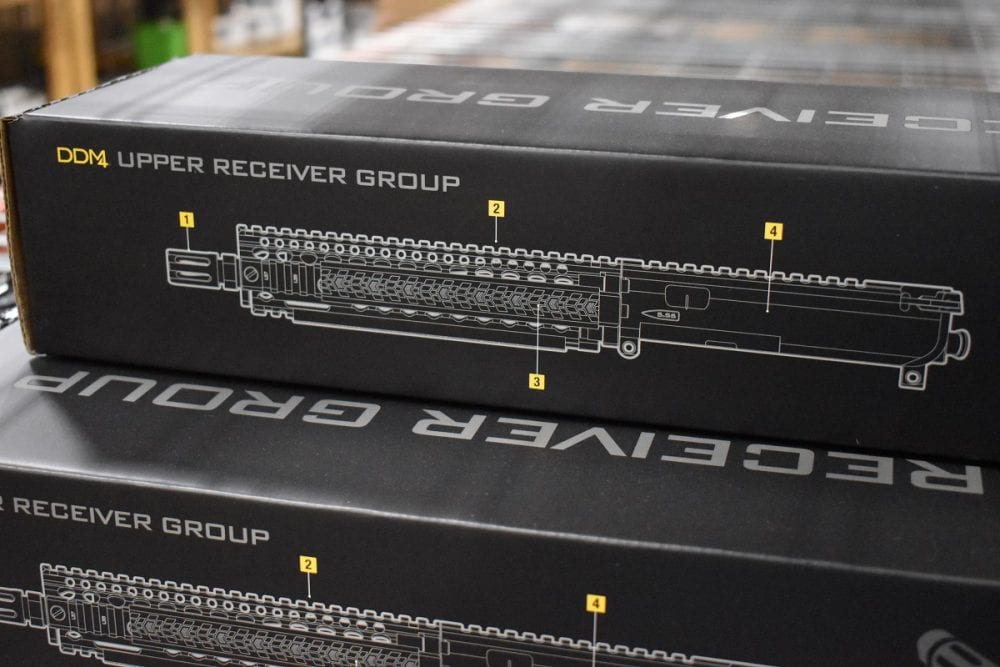 In addition to out of the box ready firearms, Daniel Defense still makes any number of rails, accessories, and even URGs (Photo: Chris Eger/Guns.com)

This year the company branched out into the Delta 5, a modular bolt action rifle available currently in .308 and 6.5 Creedmoor, with other calibers possibly on the horizon. 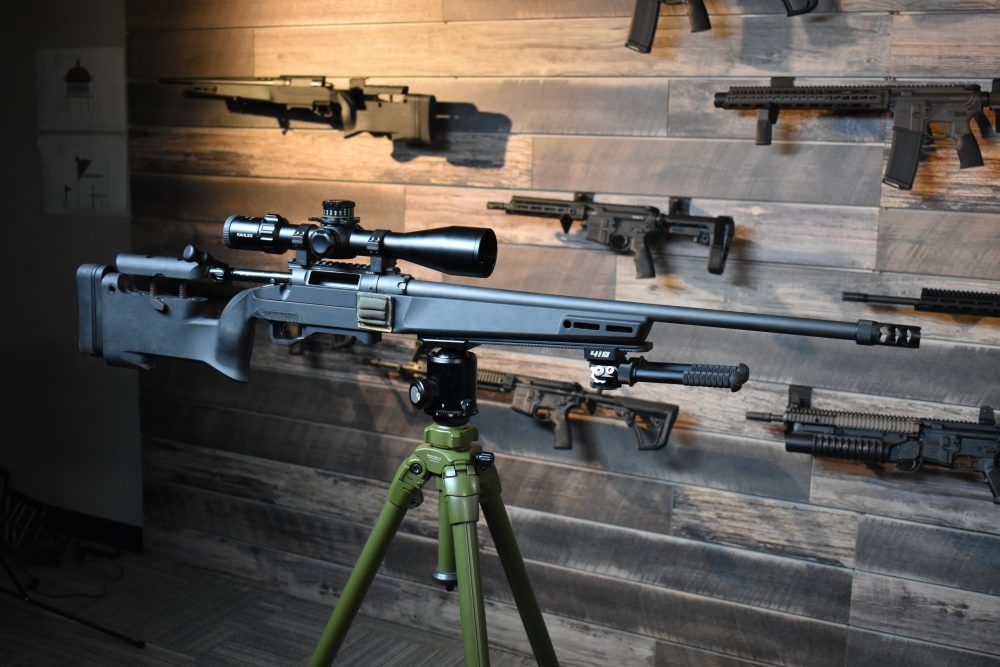 The Daniel Defense Delta 5 was introduced earlier this year and is the company’s first bolt gun (Photo: Chris Eger/Guns.com)

A different kind of bolt gun, the Delta 5 hosts a bevy of features including a Timney Hunter Elite trigger, fully modular carbon-fiber-reinforced stock, and threaded barrel for muzzle devices just to name a few. With their quick barrel change system, a barrel swap can be done on the bed of a truck.

It’s incredible to think of what Daniel Defense has done in ten short years of making guns. We’re excited to see what they do in the coming ten. 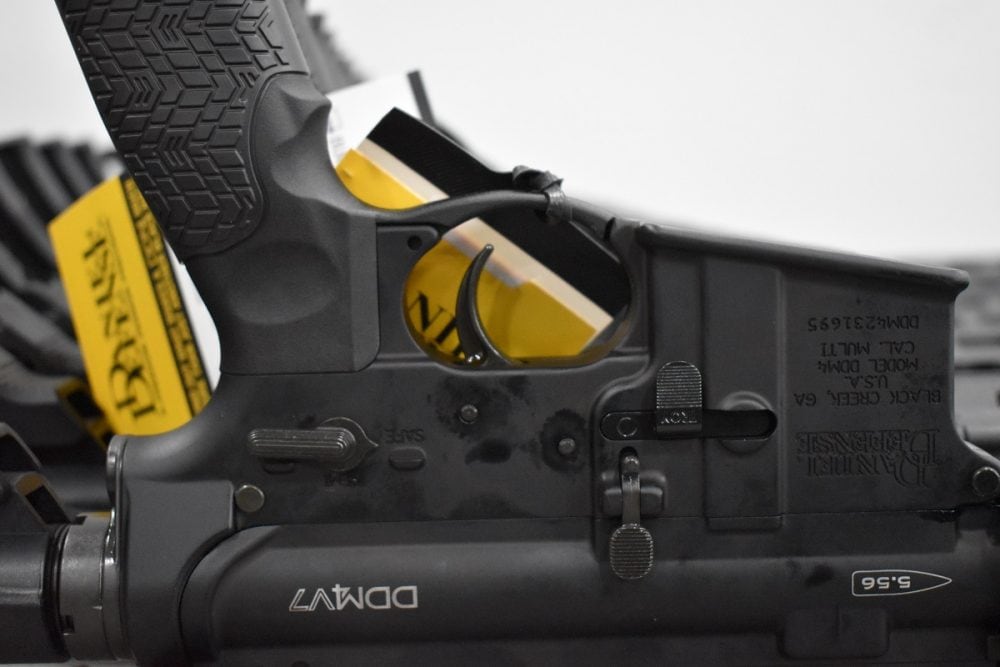 GREAT PRICES ON EVERYTHING DANIEL DEFENSE