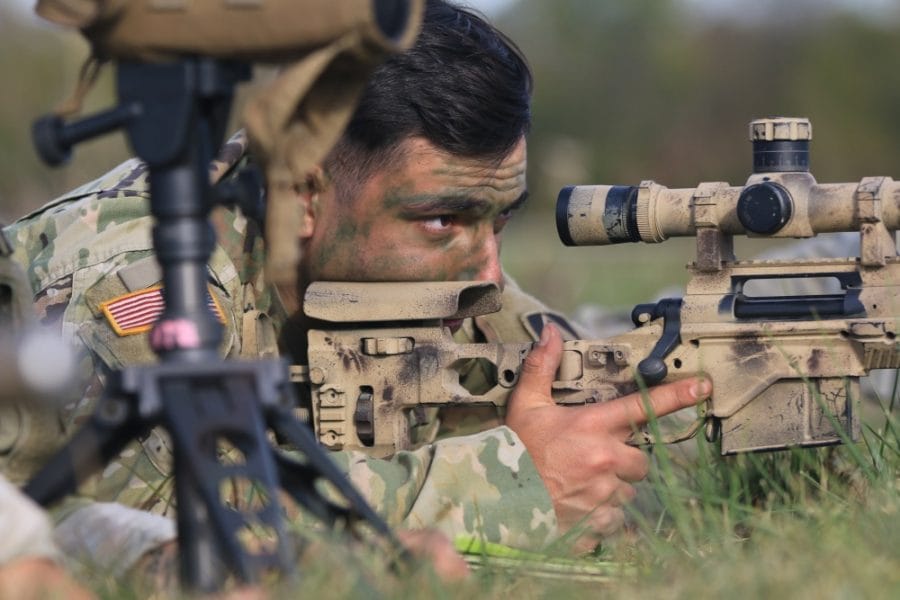 The $10 million firm-fixed-price contract, made public Tuesday by the Pentagon, is for the procurement of .300 Winchester Magnum ammunition. While Sig is headquartered in New Hampshire, work locations will be determined with each order and the contract is set to run through September 2024.

In a solicitation published by the ACC in July, requests for bids were sought for MK 248 Mod 1 and Mod 0 .300 Win Mag ammo with the latter listed as using a 180-grain bullet loaded to SAAMI specs and subject to a wide range of lot verification tests.

While standard small arms rounds in the U.S. military are 5.56 and 7.62 NATO, the Army and SOCOM units have fielded precision rifles chambered in .300 Win Mag for over a decade, noting that it allowed for shots at ranges past 1,300 meters. Current platforms chambered for the round include the M2010 ESR, the AICS/Remington Mk.13, and the new Mk 21 Precision Sniper Rifle (MSR).

Sig produces a number of .300 Win Mag loads commercially including an Elite 165-grain JHP with nickel-plated shell casings a 190-grain OTM Match grade open-tip series, both listed as delivering over 3,400 ft/lbs of energy.