Sig Sauer has a small number of military surplus M17 pistols that have seen varying degrees of field use and is passing them on to collectors.

As explained by Phil Strader, Sig’s Pistol Product Manager, in the above video, the guns were early military models with coyote tan surface controls. Since then, the M17 has been updated to black controls and the Army arranged to return those early guns to Sig for new ones. The now-surplus guns still have government control numbers and have seen a mix of action, with some pistols saltier than others. 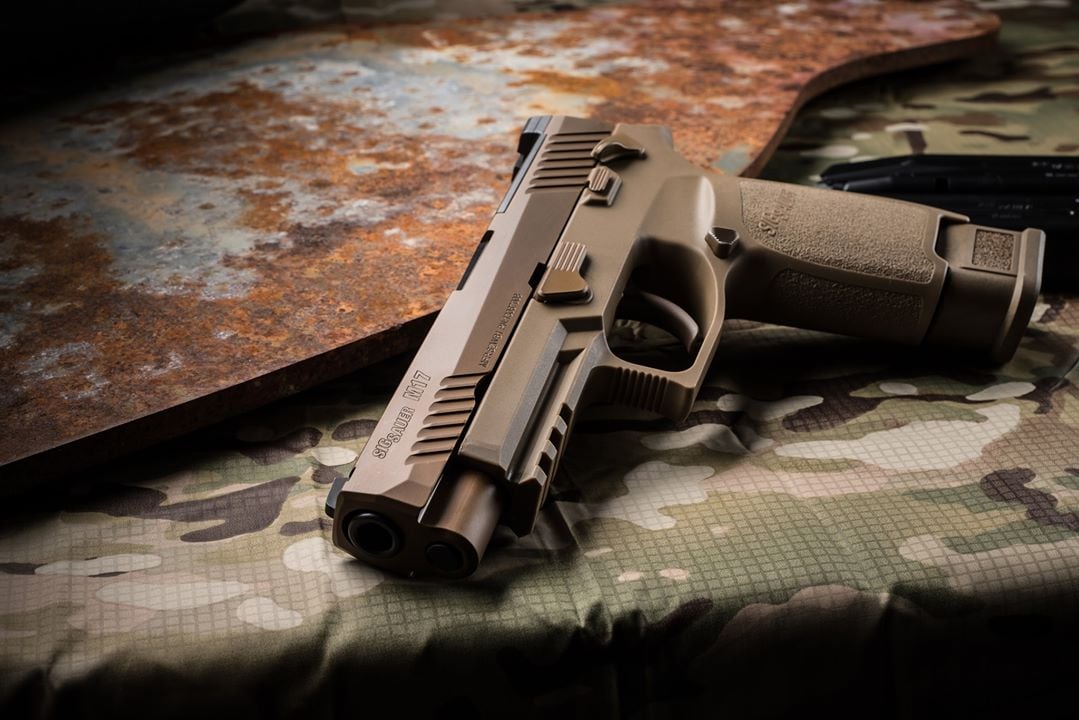 Sig says these guns were previously fielded by the U.S. Army and their condition will vary, “making each one uniquely different, and making this truly an opportunity to own a piece of history.” (Photo: Sig)

“The M17 Military Surplus handguns are a very special release from Sig Sauer, that gives consumers the opportunity to own a piece of history, and includes a certificate of authenticity,” said Tom Taylor, Chief Marketing Officer and Executive Vice President, Commercial Sales. “These handguns were originally issued by the U.S. Army and fielded during the initial domestic and in-theater deployment of the Modular Handgun System. The unique, one-of-a-kind, features of the M17 Surplus handguns include coyote controls, the original government-issue markings, and serial numbers, and orange rear and green front SIGLITE Night Sights, which will make them coveted by both military and firearms collectors alike.”

Included with the surplus M17– which come packed just as the handguns are delivered to the military– are SIGLITE sights (orange rear & green front), removable night sight rear plates, and an additional guide rod assembly for standard commercial ammo. The guns will be covered under the company’s Certified Pre-owned Pistols warranty.

Sorry, no MSRP at this time. For reference, Sig sells brand new M17 P320 commercial models starting at about $599.