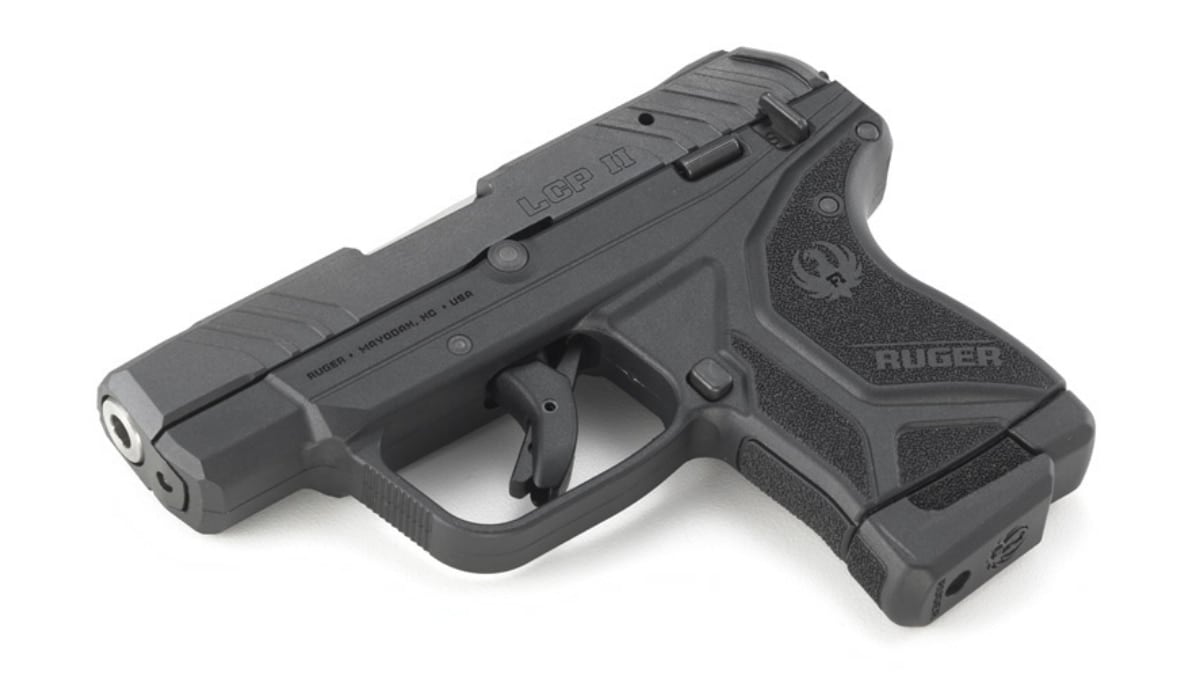 Pitched as either a trainer pistol for a standard LCP or a pocket pistol in its own right, the new .22LR Lite Rack LCP II was announced this week. (Photo: Ruger)

With the same profile as the more familiar .380, the Lite Rack gets its name from the fact that it has an easy to charge slide. Further, instead of the 6+1 capacity of the larger caliber LCP II, the .22LR version has a 10+1 single stack magazine capacity.

“The Lite Rack system includes refined slide serrations, pronounced cocking ears, and lighter recoil spring,” notes Ruger in a press release on the new gun. “Combined, these features ease the burden of cycling a pistol slide by hand. Pistols equipped with the Lite Rack system are ideally suited for new shooters, those who struggle with racking traditional slides and anyone looking to enjoy a day at the range.”

Other features include a manual safety located on the left side of the frame– a first for the LCP series– that pushes forward to fire. When it comes to specs, the stainless steel 2.75-inch barrel translates to an overall length of 5.2-inches. Weight is 11.2-ounces. Width is a downright slim 0.81-inches while height is 4-inches flat. Integral to the slide is fixed front and rear sights, while the hammer is recessed within the slide. 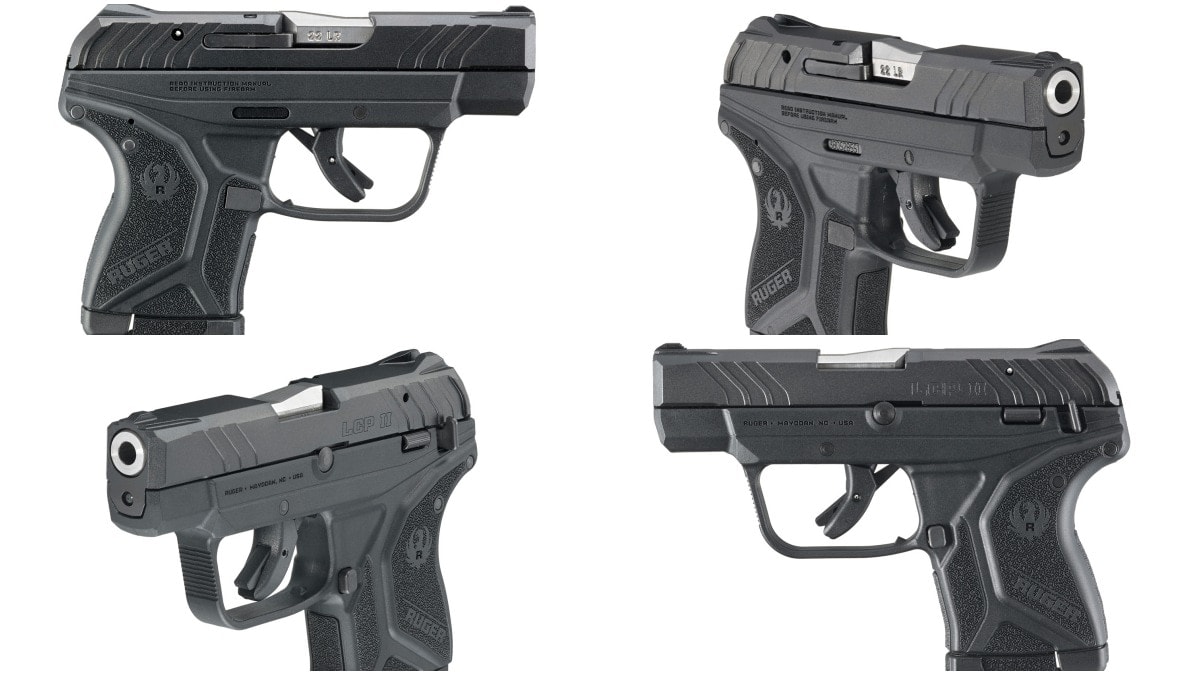 The Ruger Lite Rack LCP II is loaded with safety features including a push-forward manual safety, a magazine disconnect, a neutrally balanced sear with significant engagement and strong spring tension, and a hammer catch to help prevent the hammer from contacting the firing pin unless the trigger is pulled. (Photos: Ruger)

Ruger pitches the gun as a carry or training piece, saying “Whether used as a training tool for an existing LCP or LCP II or as a concealed carry option, the low-recoiling Lite Rack LCP II in .22 LR allows shooters to train with and operate their pistol with confidence.”

Jeff Quinn with Gun Blast weighs in on the new Lite Rack LCP II in .22LR below, opining that is has a better trigger than the arguably more expensive Beretta M21 series while serving as “a good understudy” to the .380ACP version.

For a deeper dive, 22Plinkster has an 11-minute review on the new Ruger, below.

Finally, Slav Guns, a newer guntube channel, goes even deeper than 22Plinkster, with a nearly 20-minute overview of the new gun.

MSRP on the Ruger Lite Rack LCP II .22LR is $349, a figure that will no doubt be lower at retailers. The pistol ships with one, 10-round magazine, as well as a magazine loader.