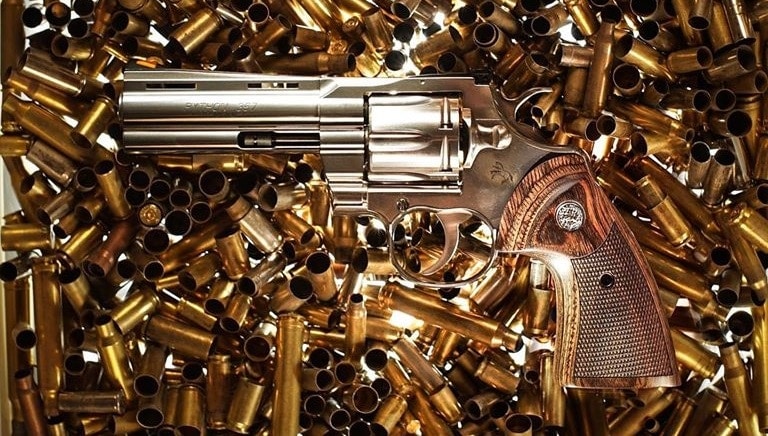 Colt this week made it Facebook Official: the vaunted Colt Python is back for 2020, available in two different stainless models.

Colt first introduced the full-lug six-shot heavy target style revolver in 1955 as something akin to the Cadillac of wheelguns. The big “I” frame .357 Magnum (although some .38 Special target models were made) was king of the block when it came to wheelguns for generations, which caused prices on used snake guns to skyrocket when the Python was put to pasture in 2005.

“We know the Colt Python is one of the most beloved and collected firearms in American history, and its re-release has long been demanded by enthusiasts,” said Justin Baldini, Product Director at Colt. “We took our time on R&D – we needed to be sure the look and performance of this redesign lived up to its legendary name and kept its impeccable reputation for quality and accuracy. This new Python lives up to the legend in every way.”

Colt describes the stainless finish on the new Pythons as “semi-bright.” Sorry, gang, no Royal ColtGuard E-Nick or Royal Python Blue at this time. (Photo: Colt)

Changes that came as part of the reboot included re-designing the internals to trim the number of parts (14 less to be exact), thus streamlining the trigger group, while improvements were made to reinforce the new Python through the use of stronger stainless steel alloys. The results say Colt, is that the upcoming Python has a smooth-as-butter trigger, and is more reliable, easier to maintain, and more robust.

“The testing process included over 40,000 trigger pulls on a single Python,” said Colt in a statement. “Trigger pull scans show lighter trigger pull weights, less friction and increased consistency, re-enforcing the Python’s reputation as a gun that can be heavily used and passed down through generations.”

Other features include a recessed target crown, user-interchangeable front sight with a red ramp, an adjustable rear, and an updated walnut grip with a gold Colt medallion. The double-action trigger pull is listed as 7-to-9.5 pounds. The overall width is 1.55-inches while the height is 5.5-inches. The barrels are both 1:14 LH twist with 6 grooves. 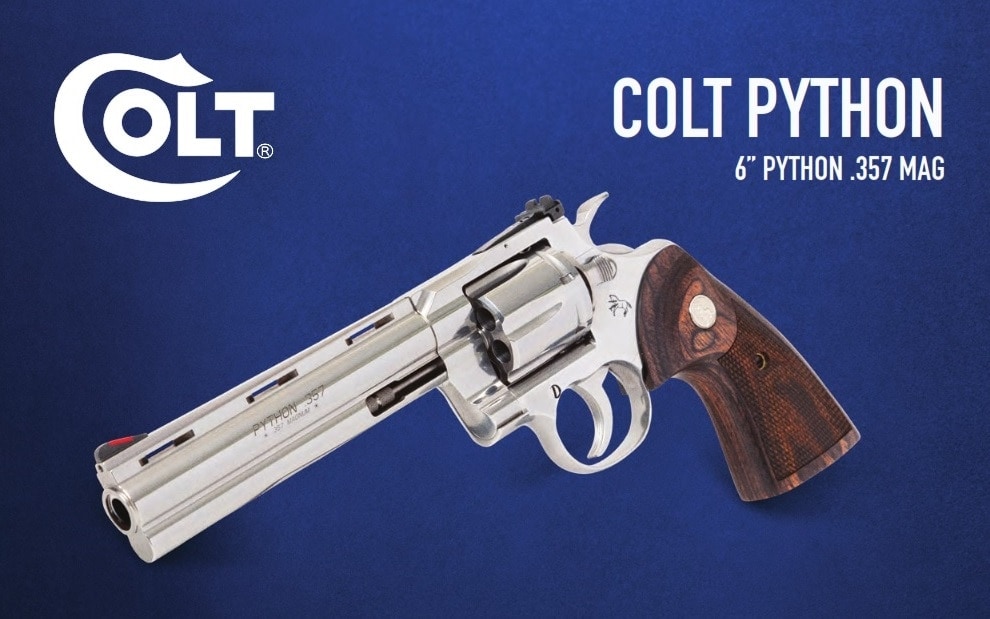 The new 6-inch barrel Colt Python has an unloaded weight of 46-ounces and an overall length of 11.5-inches. 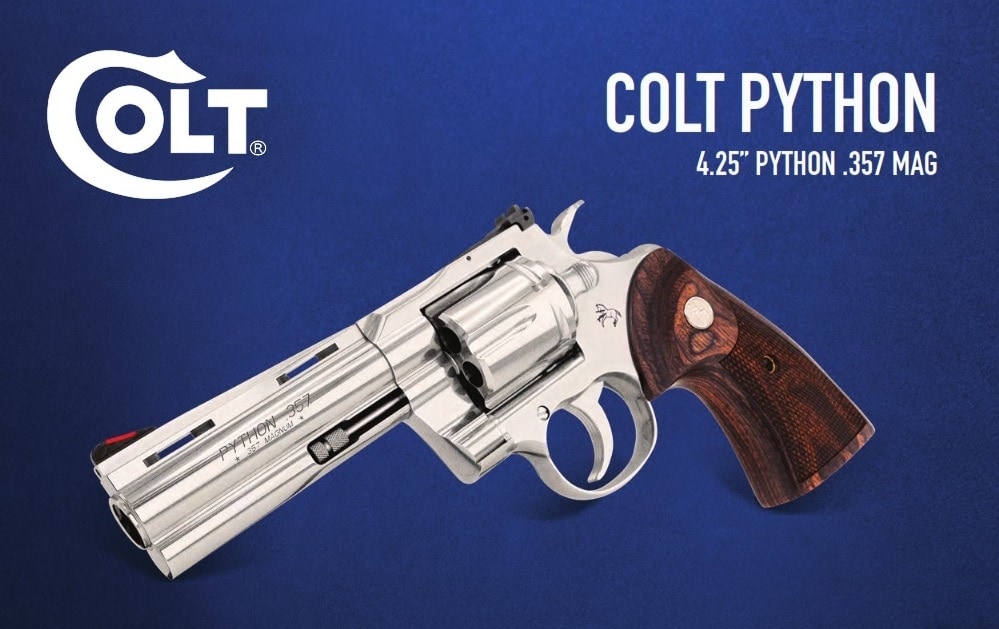 The new 4-inch barrel Colt Python has an unloaded weight of 42-ounces and an overall length of 9.75-inches.

The new Colt Python .357 Magnum is set to retail for $1499 MSRP. This puts the Python about $200 more than the Colt Bright Cobra and in about the same price range as the Dan Wesson 715 and S&W Competitor Performance 686.

Baldini has more details on the new Python in the video below.