Offered in black and MultiCam models, both with a 24-inch vent rib barrel, the 940 JM Pro is based on Mossberg’s popular 930 series shotgun, but with lots of optimizations.

Like what? Well, HIVIZ front fiber optic sights and Briley extended chokes, out-of-the-box adjustability for length-of-pull (13 – 14.25 inches), drop, and cast; and a new gas system on the 9+1 capacity 940 billed as being able to “run up to 1,500 rounds before cleaning and will reliably cycle any type of quality factory-made 2.75- or 3-inch ammunition.”

The 940 was developed in conjunction with well-known competition shooters, Jerry and Lena Miculek.

For those who want a more field-ready gun, there is a second version of the 940 with a MultiCam stock and forend while the receiver and controls carry a black anodized-finish. Of note, the HIVIZ TriComp sight system on both models haves nine user-interchangeable LitePipes, in three colors and three shapes. 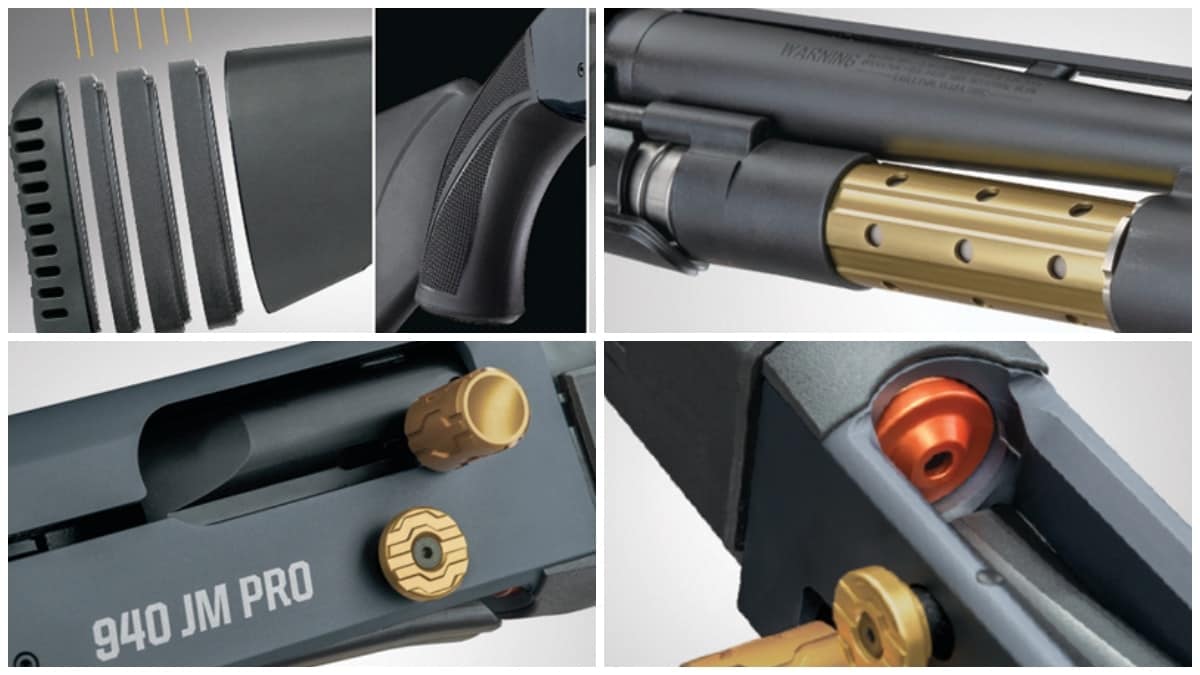 These 940 JM Pro series features nickel boron-coated internal parts, and a competition-level loading port, elevator, and follower. The adjustable stock and streamlined forend, coupled with an oversized and contoured charging handle and bolt release button combine are ideal for quick manipulation as is the enlarged and beveled loading port, ideal for quad-loading.

The 940 JM Pro ships with three Briley chokes (Cylinder, Improved Cylinder, and Modified) with an MSRP of $1,015, a figure which should drop well below four-digits with retailers.

Are you as excited as @lena_miculek is about the new Mossberg 940 JM Pro Competition Shotgun? We are! @jerrymiculek #Mossberg #Shotgun #940JMPro