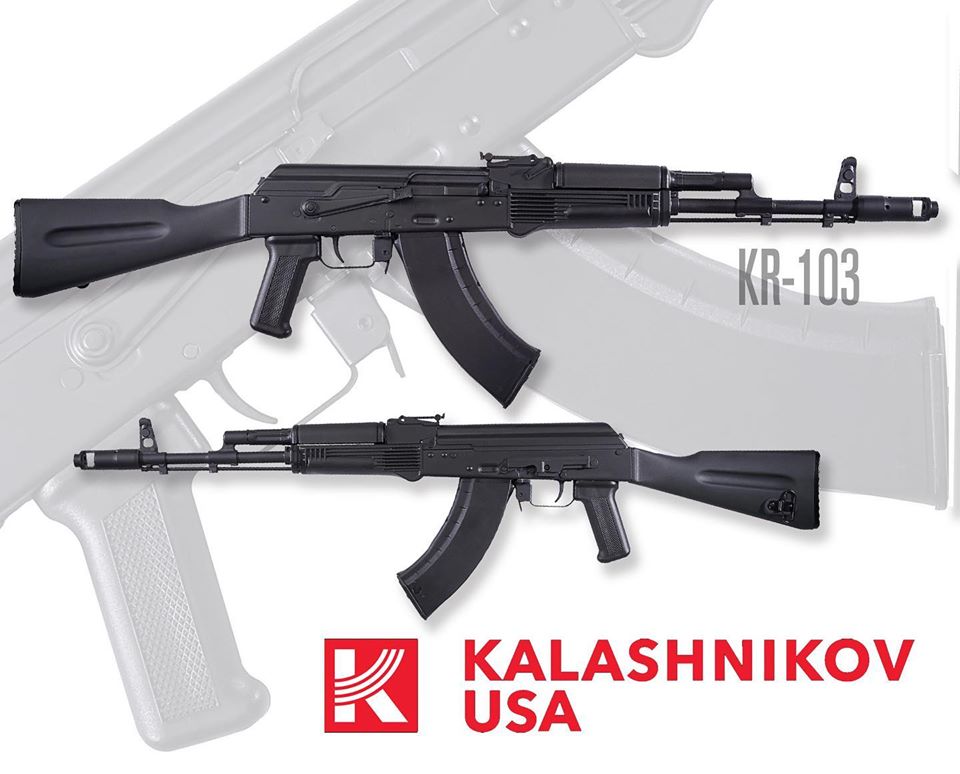 Florida-based Kalashnikov USA announced this week they are bringing several new products to SHOT Show including the KR-103.

While not a lot of details were pushed out at first, saving the full release for next week, we can confirm the 7.62x39mm KR-103 is 100 percent U.S.-made and will have 5.5mm forged trunnions. Further, it will be compatible with most AKM and AK74 parts and accessories. Initial pictures hint at a 16-inch barrel and black synthetic furniture. KUSA will also be introducing a number of new U.S.-made parts for AKM builds, sure to be a plus for those with 922 on their mind.

BROWSE ALL KALASHNIKOVS IN STOCK

The news came on the heels of KUSA Vice President Bill Gentry posting images of the new gun, then under wraps, on his social media feed three weeks ago. “You all have no idea how much work went into this moment happening!!!” wrote Gentry, “A new gun baby has been born.”

You all have no idea how much work went into this moment happening!!! A new gun baby has been born ???

The KR-103, of course, is an ode to the newer generations of AK74 Kalash, the AK-103/203, as produced in recent years by the Russian-based Kalashnikov Concern. These rifles have often been the subject of clones in the U.S. by both shops such as Krebs and by hobby builders. Adopted internationally by several militaries, including a huge 700,000-rifle contract in India, the AK-103 is immensely popular in FPS video games. The Izhmash-made semi-auto Saiga AK103 rifle has been cut off from import from Russia for several years.

Guns.com will have more complete information from SHOT Show, both on the KR-103 and the rest of the new KUSA hardware, so watch this space.

BROWSE ALL KALASHNIKOVS IN STOCK