Ruger’s new 57 pistol, which aims to take the 5.7x28mm cartridge from a niche caliber to more mainstream use, was popular at SHOT Show in Las Vegas this week.

Announced earlier this month, the industry trade show was the first chance that much of the firearms community had to lay hands on the gun and the lines to see the new Ruger were long. 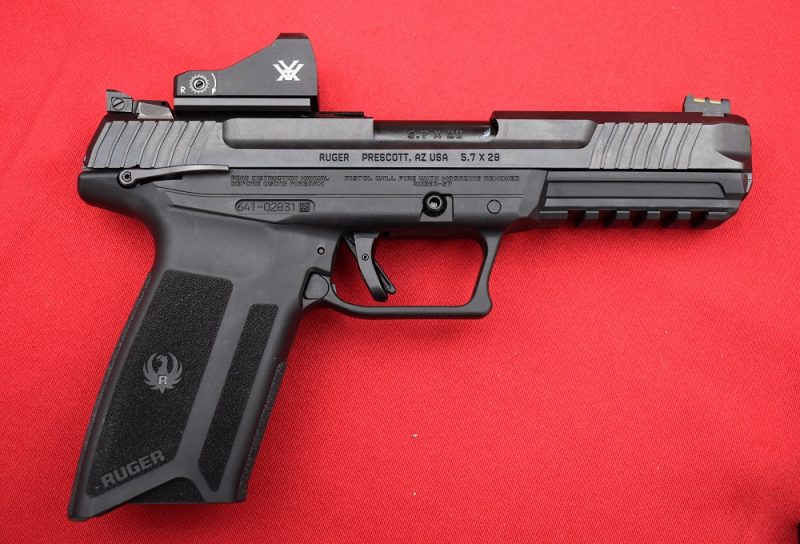 When it comes to specs, the new 20+1 capacity pistol has a 5-inch barrel with an overall length of 8.65-inches and a weight of 24.5-ounces. Of note, that makes it almost a dead ringer for FN’s Five-seveN pistol, which was developed in the early 1990s for its eponymous cartridge. (Photos: Chris Eger/Guns.com) 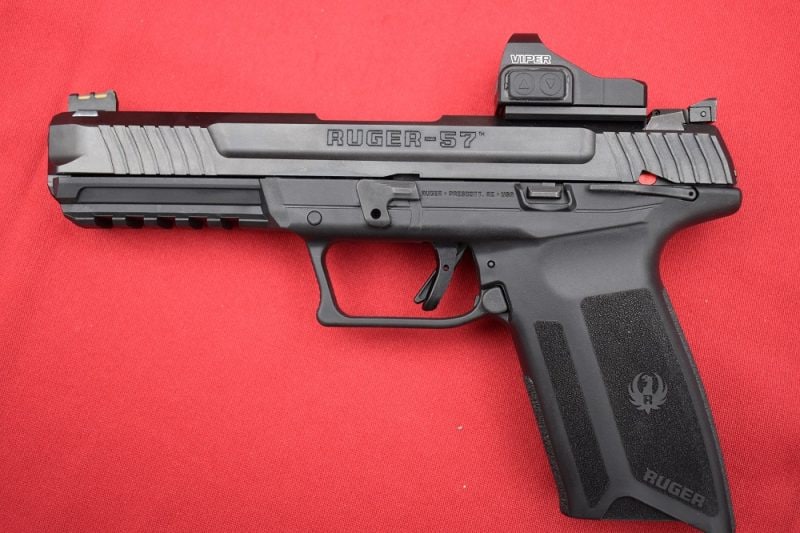 The Ruger 57 has a windage and elevation adjustable serrated rear sight and a rapid acquisition fiber optic front sight. Additionally, the slide is drilled and tapped for use with a separately available optic adapter plate.

Other features include a Picatinny-style accessory rail for lights and lasers and a Secure Action fire control with what Ruger bills as a “short, crisp trigger pull and positive reset.”

Where the Ruger 57 makes a radical departure from the FN Five-seveN is in price, with the Ruger pistol carrying an MSRP of $799 against the FN’s $1,435 (which is closer to $1100 at retailers).

The Ruger pistol comes amid an apparent wave of renewed interest in the round, which has been on the market decades, but had few courters outside of FN’s products, some AR builds and the Excel Arms Accelerator ($534).

Other new 5.7-chambered guns at SHOT include the Diamondback DBX, an AR-style pistol with a folding Tailhook brace, and a model of the CMMG Banshee. Speer also introduced a new 40-grain 5.7x28mm Gold Dot Hollow Point load for the round, which they advised worked well in the Ruger 57 at Industry Range Day this week 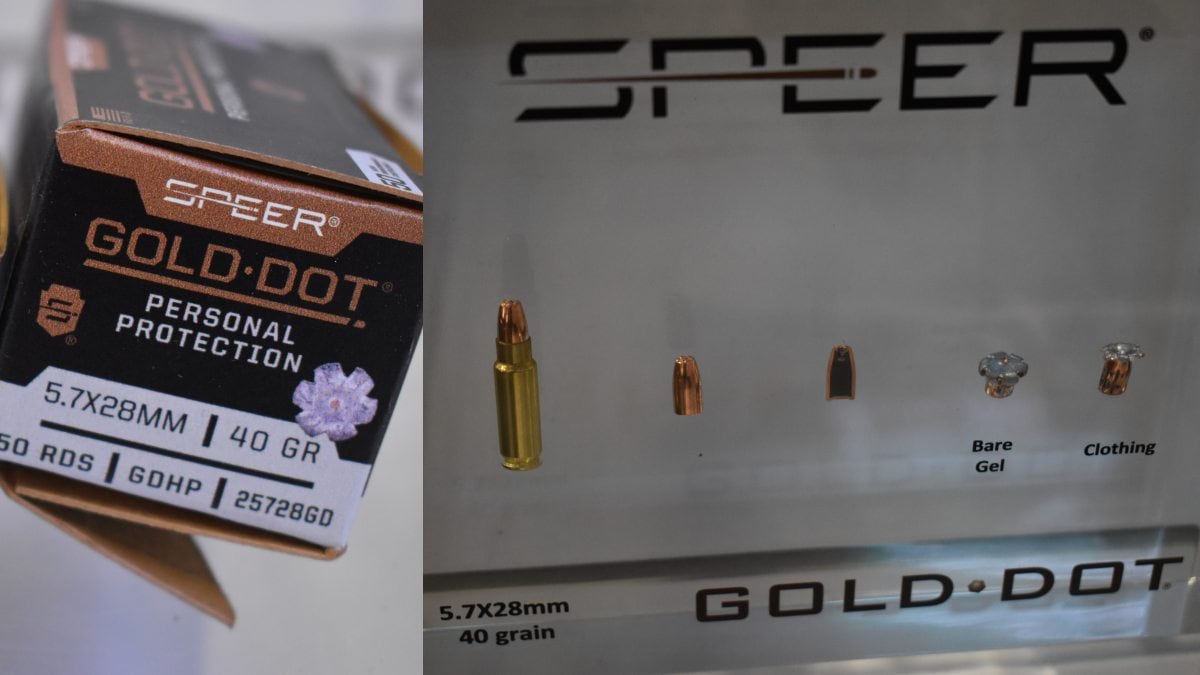