In September 2019 Sig Sauer offered an additional entry into its popular P365 series, debuting the P365 SAS. Donning the Sig Anti Snag moniker, the P365 SAS is designed to lessen common areas of trouble in concealment, but does it really measure up to such a lofty ideal?

Stick around as we put this handgun through its paces.

The Innovation from Sig

The most notable feature on the SAS is the lack of a traditional three-dot sight system. Sig instead opts for the FT Bullseye Fiber Tritium Night sights which are flush-mounted. Though these differ from standard three-dot sights, the same sighting principles still apply.

While the lack of traditional sights may be the most notable aspect of this firearm, the recessed slide lock and lack of a takedown lever don’t trail far behind. This all adds up to create a super smooth draw from concealment. An hour into draw practice, I realized the anti-snag treatment was no joke — I couldn’t get this gun to snag on a cover garment if I tried.

Practicing from both the appendix and 4 o’clock positions proved this gun was smooth in and out of the holster. The P365 SAS conceals with amazing ease in the CrossBreed Reckoning holster system, carrying plenty of rounds courtesy of an integrated spare mag holder. 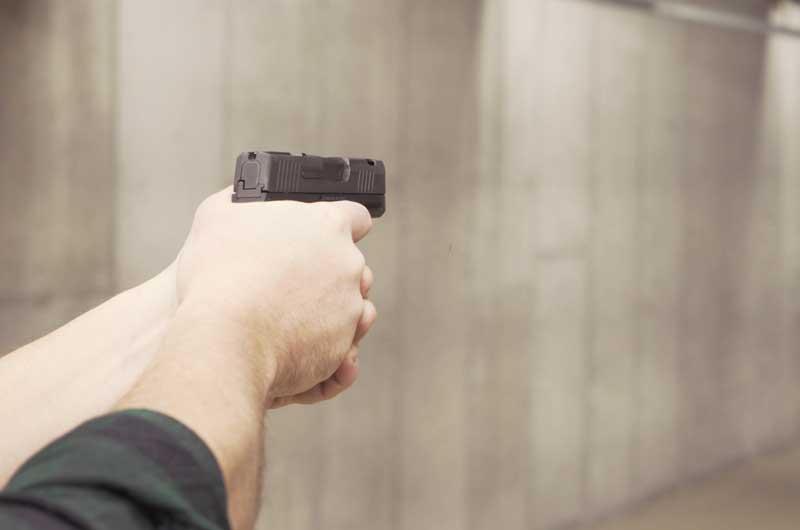 The flush-mounted sights and rounded edges of the gun give a true snag-free design (Photo: Seth Rodgers/Guns.com)

Being a larger guy I’ve never been comfortable carrying AIWB, especially with my M&P Shield 9mm. The P365 makes AIWB effortless, though, even if you do tip the scale higher than most. The round count paired with the ease of concealment is what made the original Sig P365 so desirable and nothing has changed with the SAS treatment in that regard. Drawing strong hand only from AIWB, the Sig P365 SAS powered through the cover garment to come out on target. To the credit of Sig the SAS treatment rang true for me. 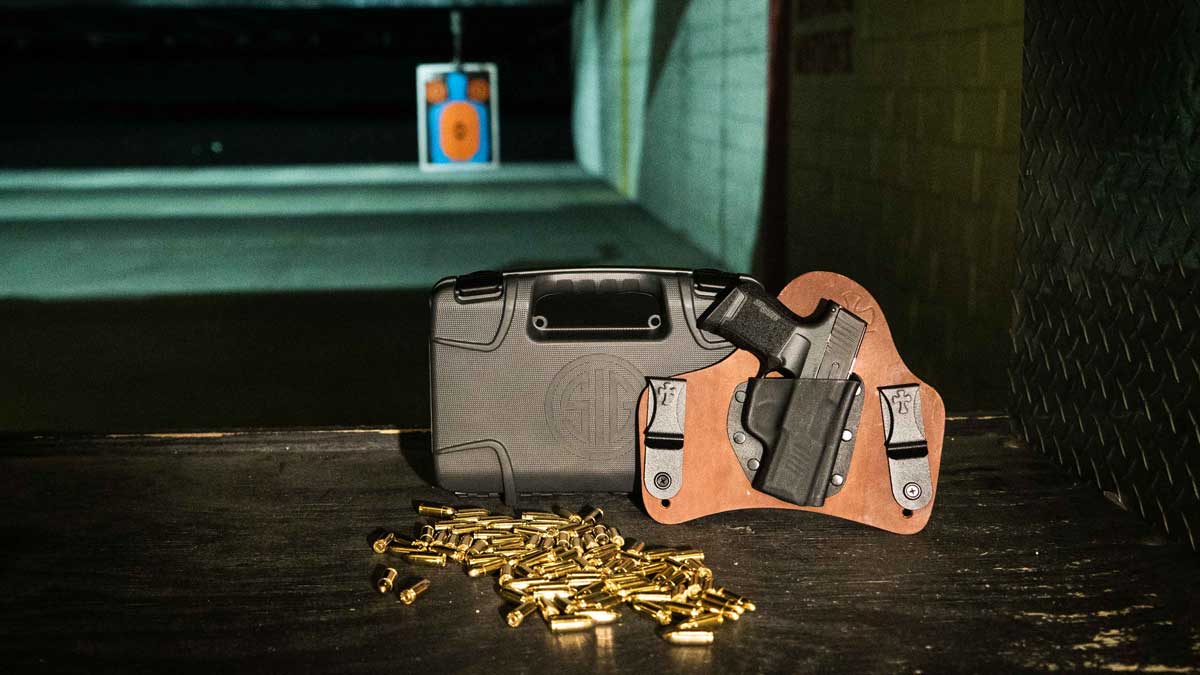 The Sig P365 SAS paired with any CrossBreed holster made for a comfortable carry (Photo: Seth Rodgers/Guns.com)

The sights were one of the most intriguing aspects of the gun. It’s the innovative aspect of the gun that makes it truly “anti-snag.” It took me a while to adjust to the bullseye method of these night sights. Yet, once I got the hang of it I was able to get on the sights quick. Getting on sight is one thing but getting on target is another, I found my shot placement to be low and to the right of bullseye, but more on that in a moment.

The fit of the P365 in the hand provides a small gun that doesn’t feel like it’s going to jump out of the hand at any moment. It allows for a positive grip while the ported barrel and slide cuts also help reduce muzzle flip.

Stretching Legs at the Range and Finding Quirks

Let me preface this by saying I consider myself an average, middle of the pack shooter. My issues with the Sig P365 SAS came down to training and really diving into its quirks. Becoming accustomed to the non-traditional sight picture affects how low I have to get on the sights and that has taken some time. This is no surprise but it is worth nothing hat more time should be dedicated to familiarizing yourself with this feature.

Additionally, the sights tend to grow dimmer once the lights go down. Paired with a fireball courtesy of the ported slide and performance in low light diminishes. This could prove troublesome for those considering the SAS as a primary carry gun, especially if you tend to carry at night. 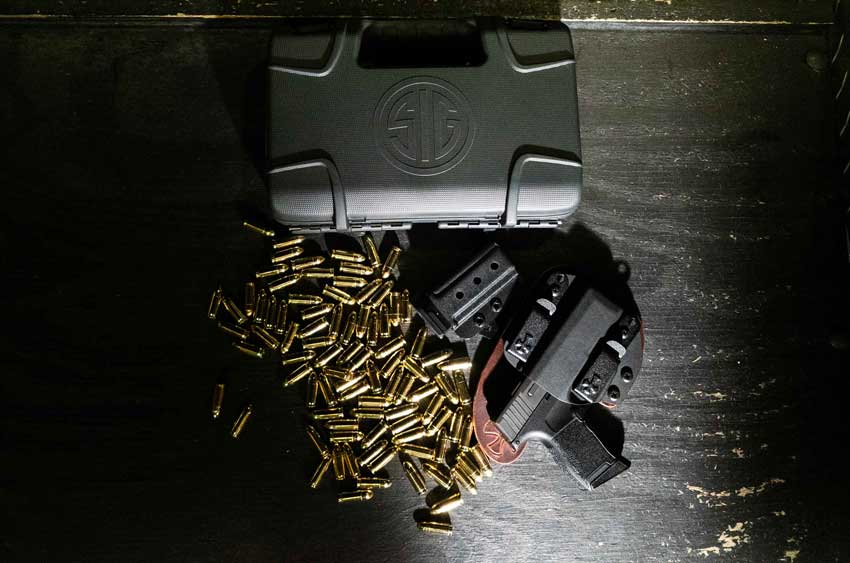 This P365 SAS ate all the Fiocchi we could throw at it, pictured here with the CrossBreed Reckoning System (Photo: Seth Rodgers/Guns.com)

I put almost 600 rounds of Fiocchi Range Dynamics through the SAS with only one failure to eject while training with my weak hand. That is easily chalked up to my dainty Claire Danes-like wrists more than the gun, though. It’s a solid pistol that should run without failure if you’re doing your part.

The other bugaboo you’ll likely see regarding the P365 SAS revolves around its slide stop. It is impossible for me to use once the slide is locked to the rear due to the recessed design. In an email, Sig confirmed that the handgun should be slingshotted back into battery once the slide has locked back. This is a small annoyance as I wish they had made the lock useable when the slide is locked to the rear. It becomes a burden when dry-fire training if you don’t have the use of any training tools to aid you.

If you already own a P365 and are looking for a backup gun that is snag-proof, look no further. The ability to swap mags between the two platforms makes it an ideal training partner. In addition, seeing how easy this gun is to conceal means you could pack 40-plus rounds courtesy of a couple extra mags.

After carrying this gun for close to a month and putting several hundred rounds through it, I can say it’s both reliable and comfortable. Though I would prefer to spend some more time with it before calling it my primary carry, I can see its appeal.