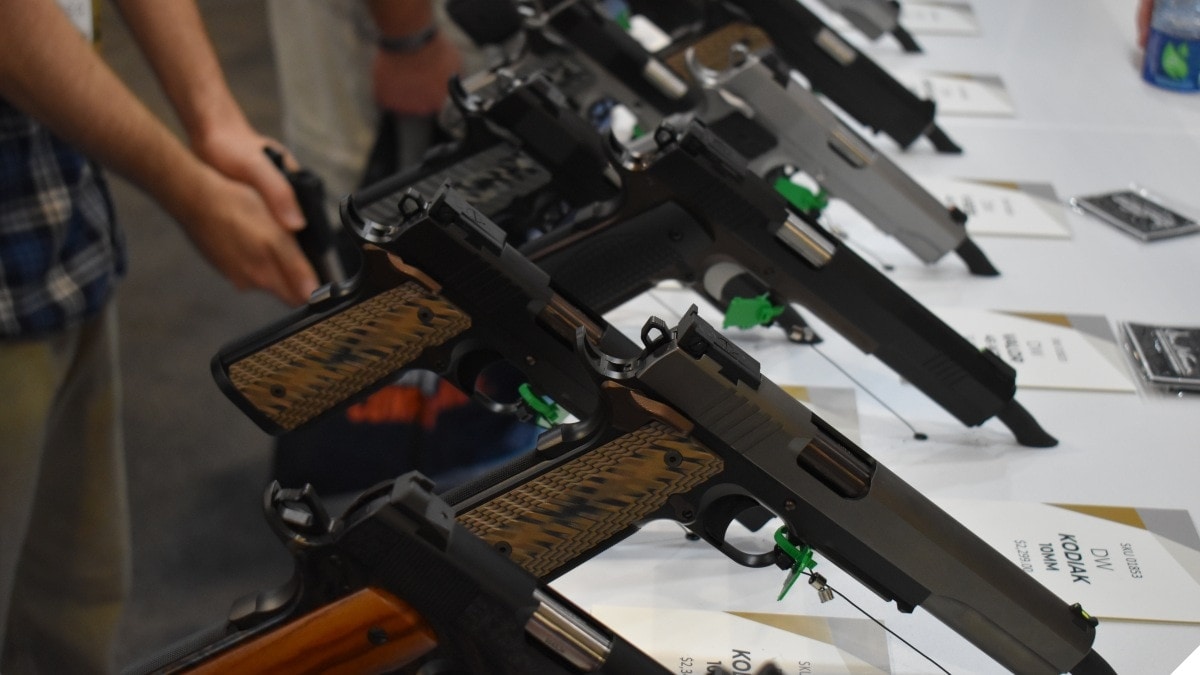 2020 is off to a good start for gun sales as figures for January, when compared to those from January 2019, were up significantly. (Photo: Chris Eger/Guns.com)

The first month of 2020 saw a huge jump in firearm background checks when compared to the data from January 2019.

The unadjusted figures of 2,652,263 checks conducted through the Federal Bureau of Investigation’s National Instant Criminal Background Check System in the first month of the year is a 23.3% jump from the unadjusted FBI NICS figure of 2,150,322 in January 2019.

When the data is adjusted — removing figures for gun permit checks and rechecks by states which use NICS for that purpose — the latest total remains a very decent 1,171,478, according to the National Shooting Sports Foundation, the trade organization for the U.S. gun industry. This number is an 18.6% increase when stacked against the January 2019 NSSF-adjusted NICS figure of 988,160.

A big part of that increase came from gun dealers in Virginia which accounted for 67,699 adjusted NICS checks alone last month, an 84.6% increase over the January 2019 adjusted NICS figure of 36,678.

It should be noted that many gun owners in the Commonwealth have been politically active in the state since Democrats surged to win a narrow majority in the state legislature last November then immediately launched a raft of anti-gun proposals to include proposed bans and additional regulations on many common semi-auto firearms. From the background check numbers, it is easy to see that some consumers took advantage of the opportunity to, “buy it while you still can.”

When it comes to the national figures, January 2020 is also the ninth month in a row that the number of adjusted checks was higher than the previous year’s data.

It should also be noted that the true number of guns sold across the country is likely higher than what NICS figures suggest. The data does not include private gun sales in most states or cases where a carry permit is used as alternatives to the background check requirements of the 1994 Brady law which allows the transfer of a firearm over the counter by a federal firearms license holder without first performing a NICS check.