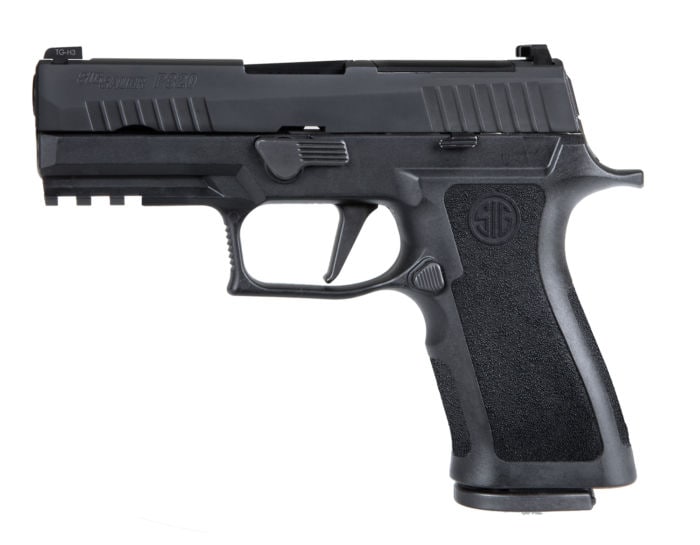 Sig boasts that the P320 is available in 9mm, .357SIG, 40S&W, .45ACP, with a choice of contrast, or SIGLITE Night Sights, and is also available in X-SERIES and RXP models that include upgraded features including an optics-cut slide. (Photo: Sig)

New Hampshire-based Sig Sauer has announced that the 480-strong Nevada Highway Patrol has successfully transitioned to the P320 handgun.

“Our initial transition to the Sig Sauer P320 has been seamless, and our Troopers are impressed with the accuracy and superior performance of the pistol,” said Col. Daniel Solow with the NHP. “Our diverse group of Troopers is going to appreciate the custom fit of their P320, and having the ability to choose a grip size based on their personal preference due to the unique modularity that the P320 is known for.”

As noted by the manufacturer, the P320 pistol is a modular, striker-fired pistol, available in full-size, carry, compact, and subcompact sizing with the serialized trigger group making it easy to switch between size and grip options. The NHP is currently issuing its P320s in 9mm.

“Sig Sauer is honored to continue our long-standing relationship with the Troopers of the Nevada Highway Patrol through their selection of the P320 as their official duty pistol,” said Tom Jankiewicz, Executive Vice president, Law Enforcement Sales, Sig Sauer. Jankiewicz went on to point out that NHP, “with the inclusion of the optics-cut on their slides they have the ability to easily expand the pistol’s capabilities in the future with the addition of a red dot optic.”