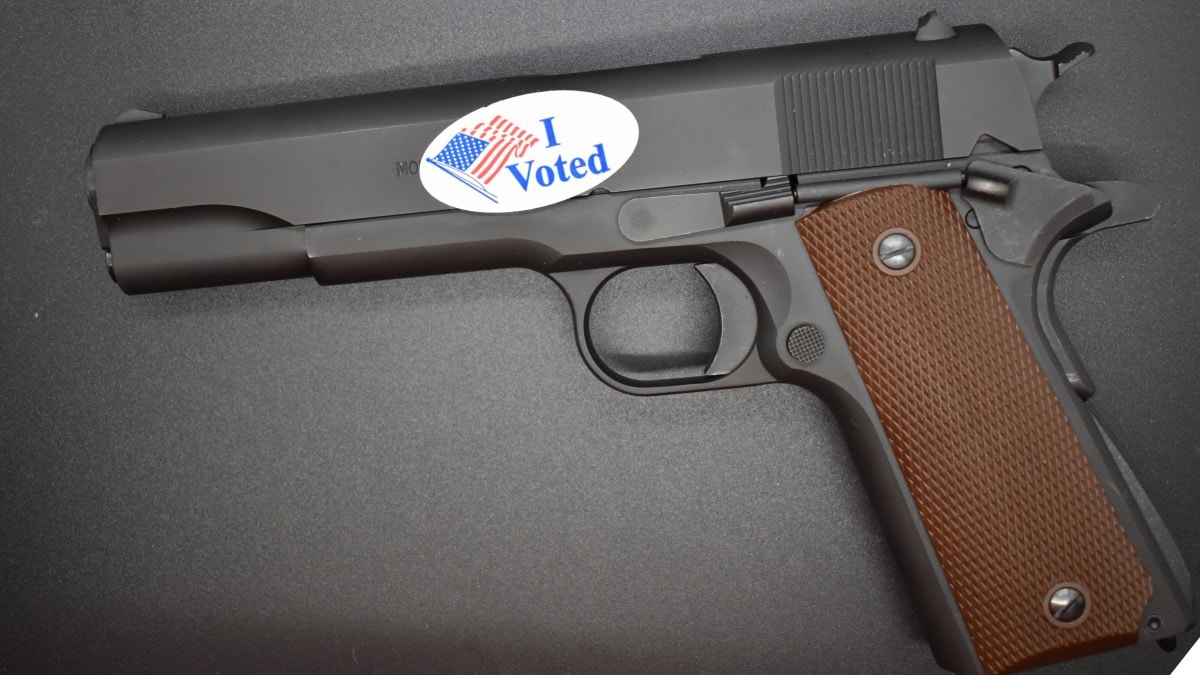 “As adults, these Americans should not be deprived of basic constitutional rights,” says the bill’s sponsor, arguing those aged 18-20 can vote, get married or join the military. (Photo: Chris Eger/Guns.com)

A measure recently introduced in the U.S. House would lower the minimum age to buy a handgun to 18.

The Second Amendment For Every Registrable (SAFER) Voter Act, introduced on Capitol Hill by U.S. Rep. Thomas Massie, R-Ky., would establish that adults, aged 18 or older, would be able to legally purchase a handgun. That right has largely been disallowed by federal law for those under age 21 since 1968.

“Today, I introduced my bill to reinstate Second Amendment rights for 18, 19, and 20-year-old Americans,” said Massie on social media.

The measure, which has been filed as H.R.5716, would reduce, from 21 years of age to 18 years of age, the minimum age at which a person may obtain a handgun from a Federal firearms licensee. According to 2016 estimates by the U.S. Census Bureau, there were more than 13 million Americans aged 18, 19 or 20.

Until 1968, the legal age to purchase handguns was 18, a benchmark that was upped by the 191-page Omnibus Crime Bill signed that year by President Lyndon B. Johnson.

“Why should a 20-year-old single mom be denied the right to defend herself and her children?” said Massie on the issue previously. “18, 19, and 20-year-olds are considered adults and are able to vote on important public policy issues. They can also form business contracts, get married, and serve in the military. As adults, these Americans should not be deprived of basic constitutional rights.”

Massie on the contrast between voting rights and gun rights.

H.R.5716 has four co-sponsors and has been referred to the House Committee on the Judiciary. It is not without precedent. in 2017, Utah lowered the age to seek a concealed carry permit from 21 to 18.

Handguns are perhaps the most in-demand firearm in the country. According to the latest figures from the Bureau of Alcohol, Tobacco, Firearms and Explosives, 8,669,259 new firearms of all sorts were produced in 2018. Of that total, revolvers and pistols accounted for 4,277,971– a figure nearly twice the number of rifles and five times the number of shotguns produced in the same period.