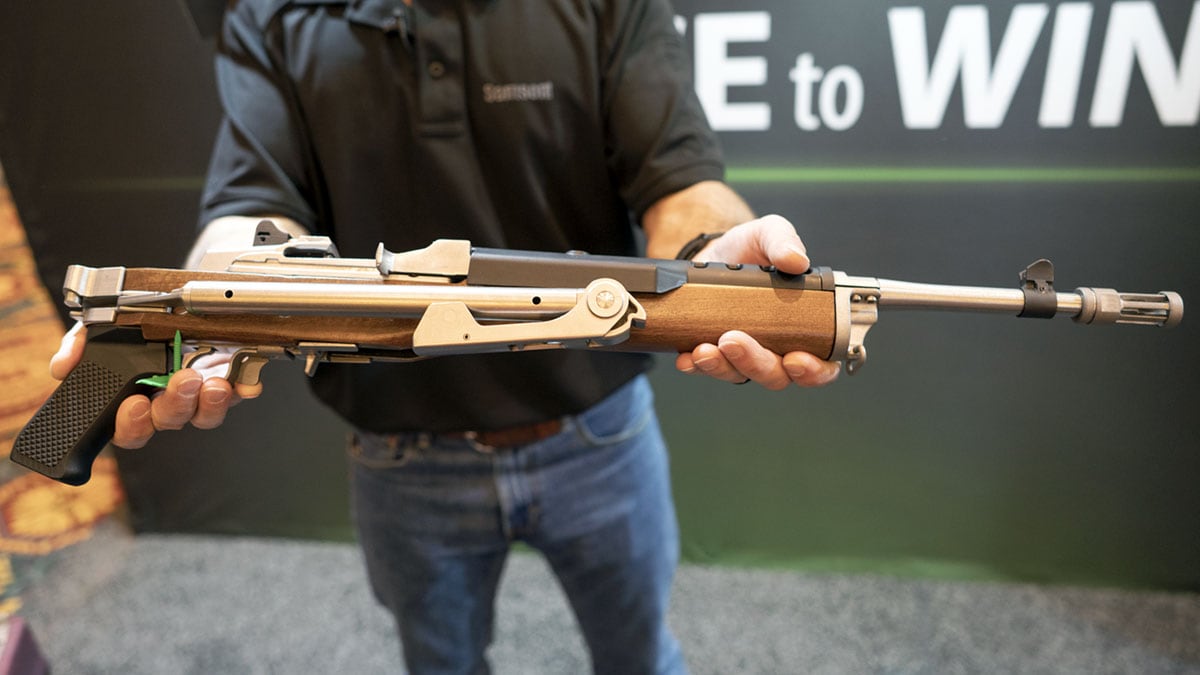 Keene, New Hampshire’s Samson Manufacturing had two great pieces of news this week when it comes to their A-TM Mini-14 stocks.

First, the A-TM, which is crafted from the original molds and walnut supplied from Ruger, is not a copy or reproduction of the gun company’s old-school “A-Team-era” folding stock. This means that Ruger has recently given it a nod as an Officially Licensed Ruger® Product.

Secondly, the Samson A-TM has gone from trade show teasing to factory production and started shipping to excited Mini-14 and Mini-30 owners on March 3.

As previously reported by Guns.com, Ruger stopped making the stocks in 1989, cutting off the supply for the past three decades. Now, with the public’s continued love for the classic Mini-14/30 platform, it’s not uncommon to see O.E. side-folding stocks in good condition selling for upwards of $1,000 on the secondary market. That makes Samson’s new and improved model a comparative bargain at $279.

The A-TM stock for the Ruger Mini-14 looks, feels and operates exactly like the original, except for two small differences. Instead of a bakelite grip found on the original, Samson opted for a molded plastic grip. They also used Ruger’s current walnut wood instead of the gunmaker’s original 1980s-era birch, which was softer. According to Bryan Kay, a representative for Samson at SHOT Show in January, both materials are more durable than the original, and thus are improvements.

More on that conversation– and the fact they are coming for Ruger 10/22s– in the video below.