Earlier this week Union worker Jerry Wayne confronted Democratic Presidental candidate Joe Biden on guns– a confrontation that ended up with Wayne getting a new one.

In a video of the exchange that went viral, Wayne, who ran into Biden when the former Vice President visited the Fiat-Chrysler auto plant in Detroit on Tuesday, gets an earful from the increasingly combative candidate who in turn used profane remarks to the curious gun owner, slamming the need for an “AR-14” or why anyone needs “100 rounds.”

Wayne, talking on Fox & Friends in the above interview, said of the exchange, “It was a little bit disturbing to see that a politician wants to take away my right to defend myself,” going on to elaborate, “He doesn’t need to touch anybody’s weapon at all. What we need to do is we need to concentrate on teaching people how to respect firearms and how to use them – not take them away.”

The incident drew a quick response from the gun industry, with the National Shooting Sports Foundation slamming Biden’s actions, going on to point out the candidate’s anti-gun record and past gaffes when it comes to firearms. They also highlighted Biden’s recent embrace of former Beto “Hell yes we are going to take your AR-15, your AK-47” O’Rourke as “his gun control czar.”

Then there was Colion Noir’s perspective on the incident:

By March 13, the NRA had Wayne in a four-minute-long video.

And for a bit of silver lining to the incident, Jenison, Michigan gun shop Next Level Armament hooked Wayne up on Wednesday with an actual AR-14, a gun which figuratively did not exist until this week. 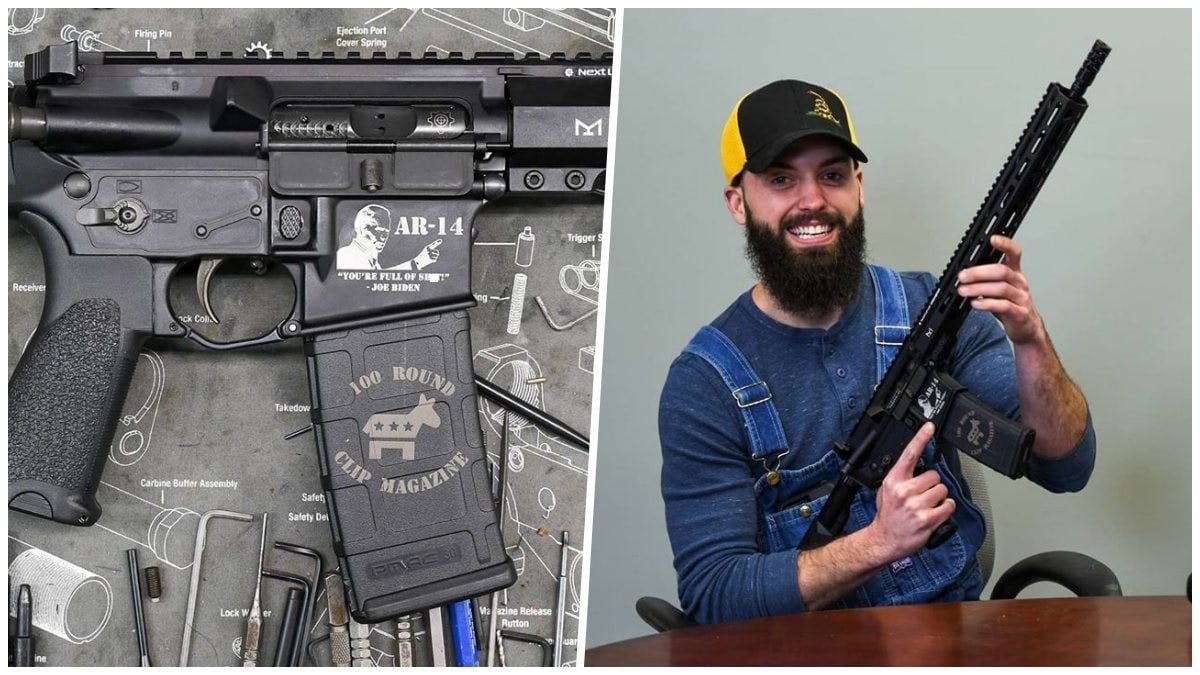 “When a patriot stands up for the 2a community it is a great thing, especially when he’s from the great state of Michigan,” said the company on social media. “But when @jerrywaynear14 got all up in @joebiden ‘s feels, we decided we needed to get him taken care of. Next Level Armament AR-14 edition AR-15 lasered up by @armoryvalentine for our boy.”

Good job, Next Level, and keep up the fight, Jerry.