Heckler & Koch this year has a host of subtle changes coming to their popular VP9 pistol line including several important upgrades.

Perhaps the most welcome of the changes is an updated 17-round flush-fit magazine, up from the long-standard 15-round capacity mags. There is also a new sight configuration– which includes a high-visibility front sight and a “clean” black serrated rear– and an optics-ready cut for mini reflex sight.

“While the VP is easily the most successful pistol in the history of HK, we are still very committed to making it even better,” HK-USA COO/CSO Mike Holley said in a statement. “From a business perspective, these improvements will certainly help the VP perform even better in the marketplace. But more importantly, they will make the VP pistols, and even those who shoot them, perform better in the field too.” 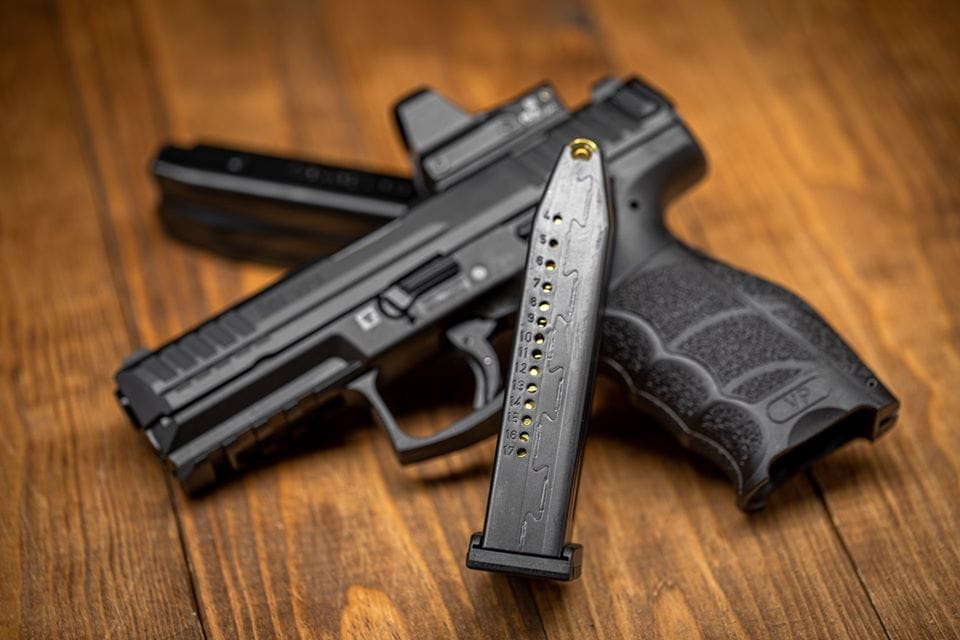 To squeeze an extra two rounds into the standard VP9 mag, HK updated the follower, spring, and floorplate. Plus, they are optics-ready now, so bonus added. (Photo: HK)

The updated models still retain the company’s standard short, crisp trigger, which is described by HK as “one of the best out-of-the-box striker-fired triggers available,” as well as the adaptable grip frame with interchangeable backstraps and side panels that allow 27 unique configurations to semi-customize the grip fitment.

HK says the updated VPs are already shipping, with MSRP starting around $799, a price typically lower from retailers.

For a rundown on the VP9 as a whole, which has been around since 2014, check out this great review from our own Jacki Billings.