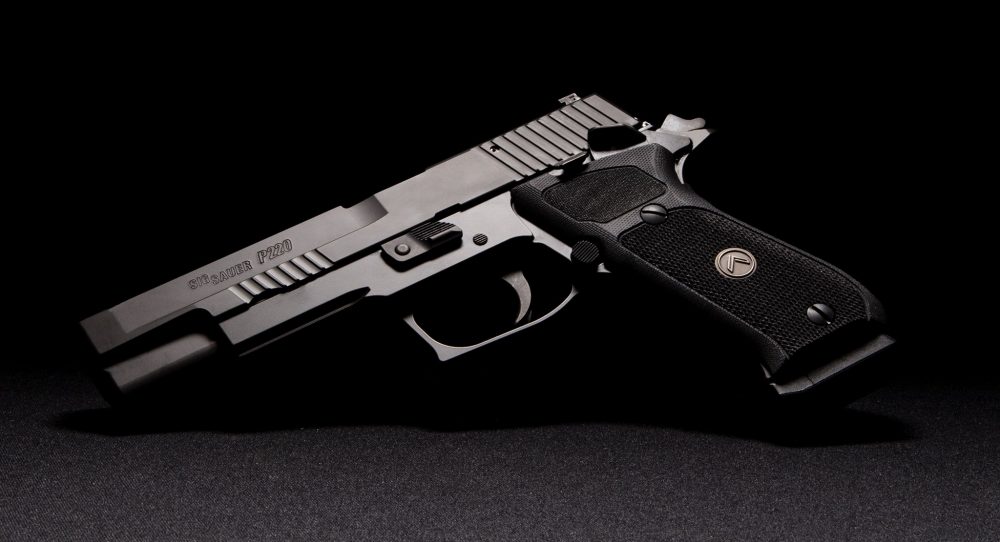 The new LEGION P220 10mm SAO is a modern take on a Sig Sauer classic that was first introduced 45-years ago. (Photo: Sig Sauer)

New Hampshire-based Sig Sauer on Tuesday announced their LEGION series of pistols has grown to include a P220 model in 10mm Auto.

The Sig Sauer P220 LEGION 10mm SAO is a full-size, hammer-fired pistol with a 5-inch barrel and 8+1 capacity. The LEGION upgrade means the gun comes standard with a gray cerekoted stainless steel slide and frame, X-RAY3 day/night sights, a solid steel guide rod, enhanced checkering on the front strap and under the trigger guard, front cocking serrations and black G-10 grips. The treatment is the latest installment in the P220’s story, one which started in 1975.

“The P220 was the pistol that started it all for modern-day Sig and the introduction of the P220 LEGION 10mm SAO brings new features to a Sig classic,” said Tom Taylor, Sig’s CMO and executive vice president for Commercial Sales.

“This is a single action only pistol giving it a lighter trigger pull, combined with the increased energy of the 10mm round, for more power and performance,” Taylor continued. “On top of that, we’ve added the exclusive Sig Sauer LEGION series features and enhancements, which really takes it to the next level, putting a modern twist on this Sig classic.”

Other standard features on the new P220 include a Custom Works designed SAO trigger, an ambidextrous manual safety, and three 8-round single-stack steel magazines. The overall length is 8.8-inches while weight is 45-ounces, putting the gun on par, and in most cases slightly larger than, an M1911-style pistol.