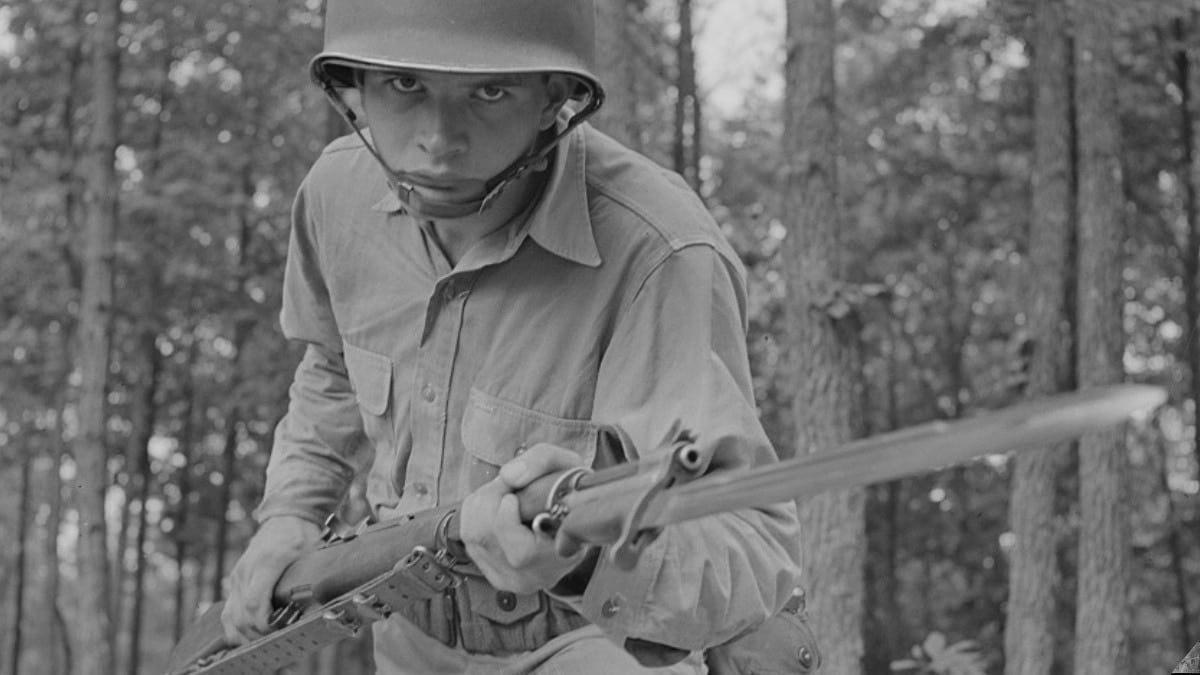 The humble bayonet has been around for centuries and, for guys who like both knives and guns, is a no-brainer when it comes to collectors.

While Americans would have scant experience with bayonets in the lead up to the Revolutionary War– primarily with British Brown Bess muskets– the weapons soon became a standard-issue item as the conflict with the King worn on. Baron Von Steuben, the German officer, and drillmaster who crafted the Continental Army’s first training manual, included detailed instructions on the massed use of the bayonet. Fleshed out with French-made Charleville muskets, the plucky Continentals were able to employ the bayonet at the Battle of Stony Point in New York and by the time of Washington’s ultimate victory at Yorktown, the weapon was common.

The first officially produced musket for the U.S. Army, the Springfield M1795, came standard with a bayonet and virtually every rifle used by Uncle Sam since then has included the pointed-edged accessory. 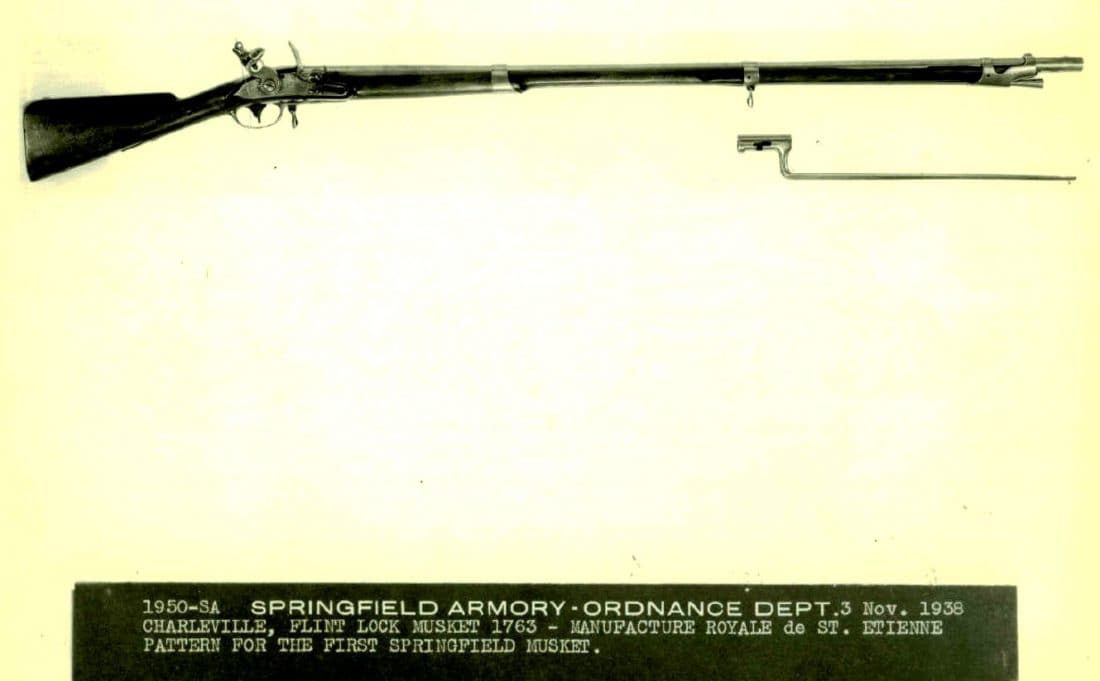 Through the 19th Century, successive Army musket and rifle designs continued the practice and by the time of the Civil War, which saw an array of long arms purchased from Europe and across the country, the bayonet remained a fixture of the infantryman. 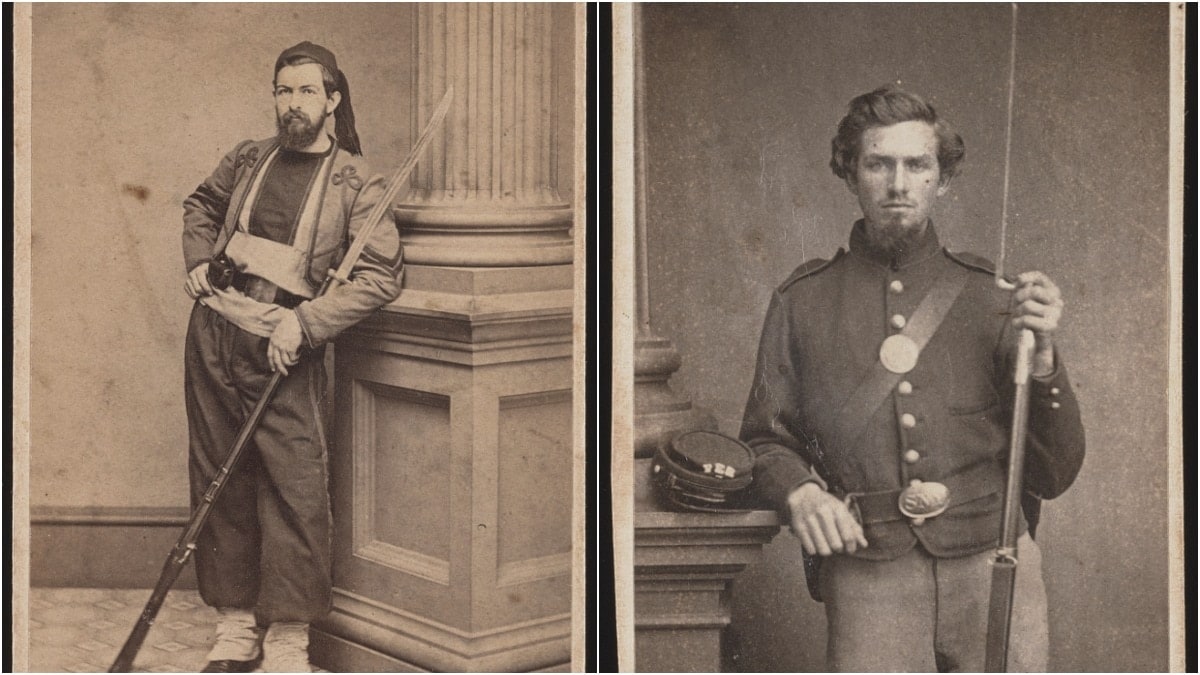 A Union soldier of the 10th Rhode Island Infantry Regiment in a Zouave uniform with a sword-style bayonet on his rifle, along with the more traditional bluecoat with a spike-style bayonet. (Photos: Library of Congress)

Even as black powder muzzleloaders were retired in favor of cartridge rifles, the bayonet endured on the bolt-action Krag .30-40 and M1903 Springfield .30-06. 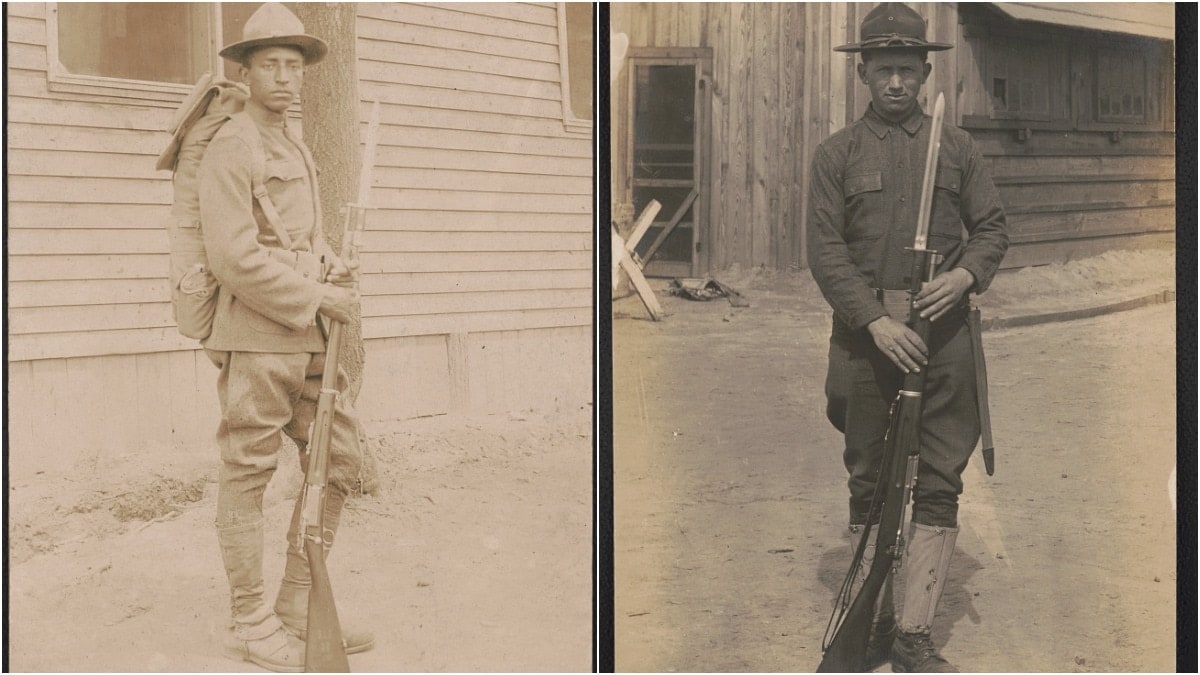 Great War-era Doughboys with a bayoneted M1898 Krag rifle and an M1903 Springfield with an M1905-style bayonet, the latter of which had been adopted after a row with President Theodore Roosevelt over its original flimsy rod-style pigsticker. (Photos: Library of Congress)

World War II saw the M1 Garand and M1 Carbine— both of which had their own dedicated bayonets, while the M1/M1928 Thompson and M3 Grease Gun did not. 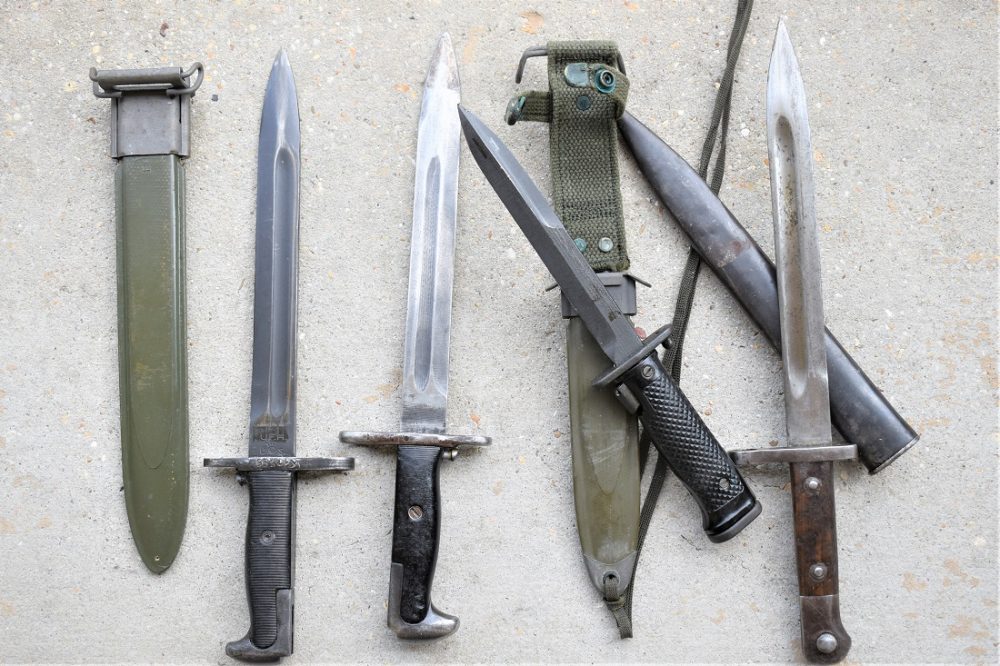 The M1 Garand has used several different bayonets over its career, including the M1, the M5, and foreign-made bayonets such as the converted Turkish Mauser variant to the right. (Photo: Chris Eger/Guns.com) 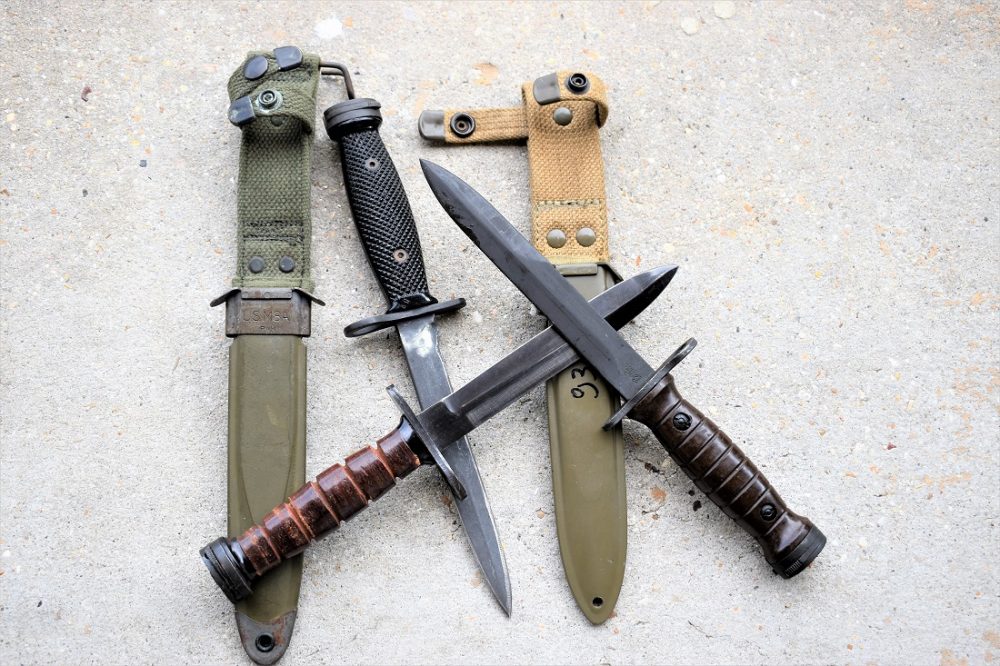 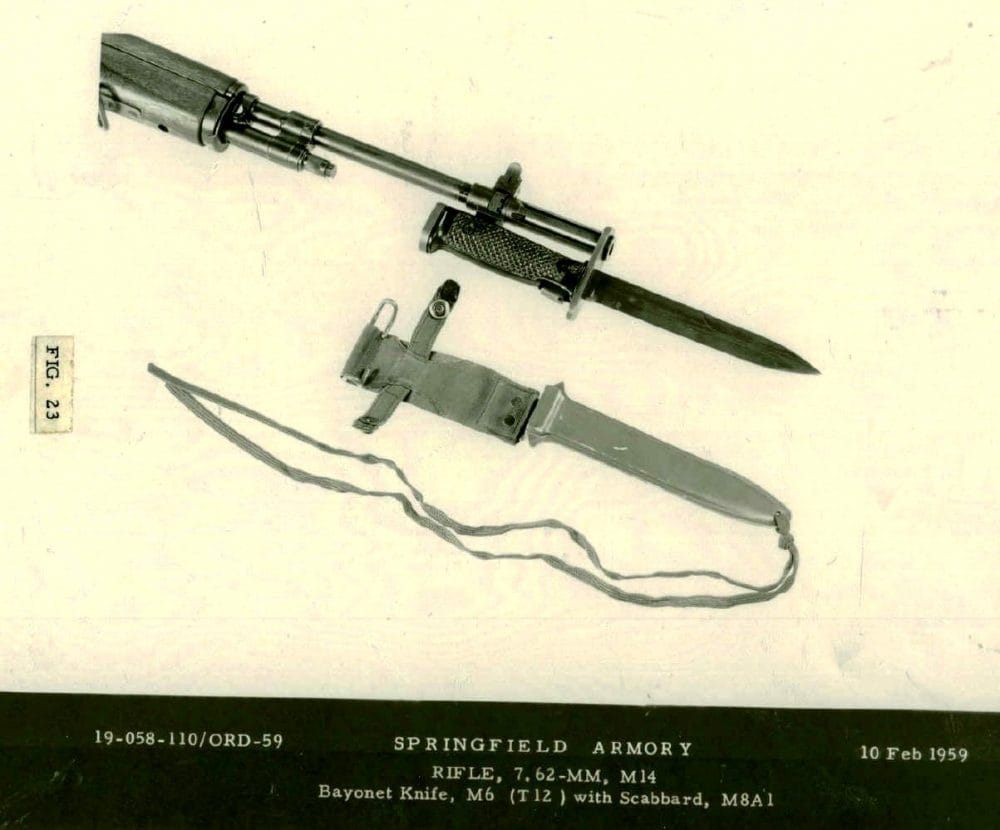 The M14 rifle with the M6 bayonet. Notably, most U.S. bayonets from the late 1940s through the 1980s use the M8/M8A1 pattern scabbard. (Photo: Springfield Armory National Historic Site)

The M16 in U.S. service, along with modern combat shotguns with a bayonet lug, used what is possibly the most numerous American bayonet ever made– the M7. 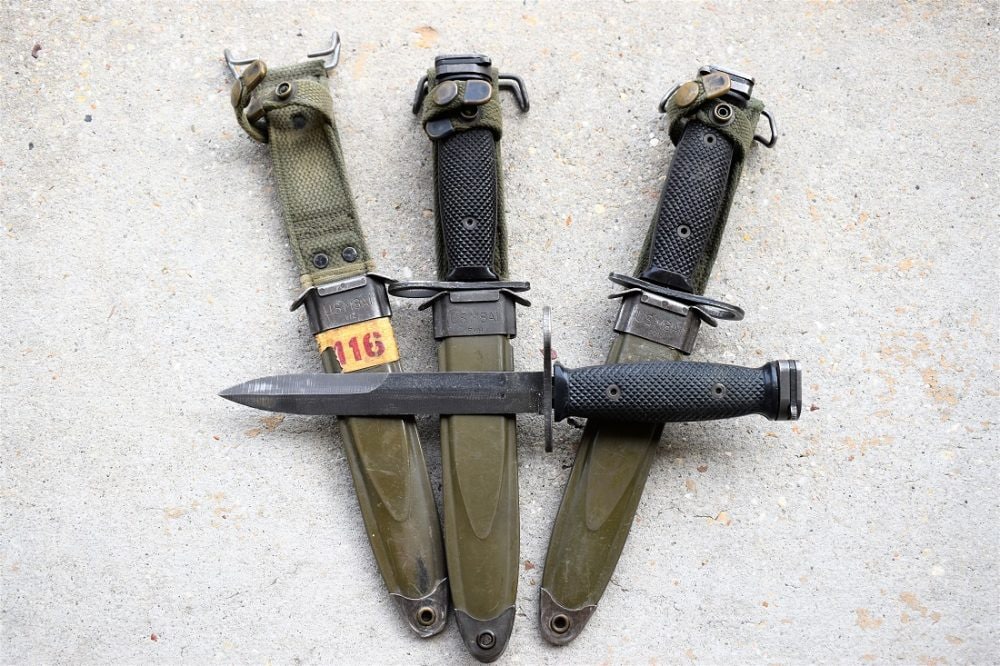 The $18 1960s-70s era M7 bayonet has been augmented in service with the more modern M9 and the Marine OKC3S bayonet– but the humble M7 keeps on kicking. (Photo: Chris Eger/Guns.com) 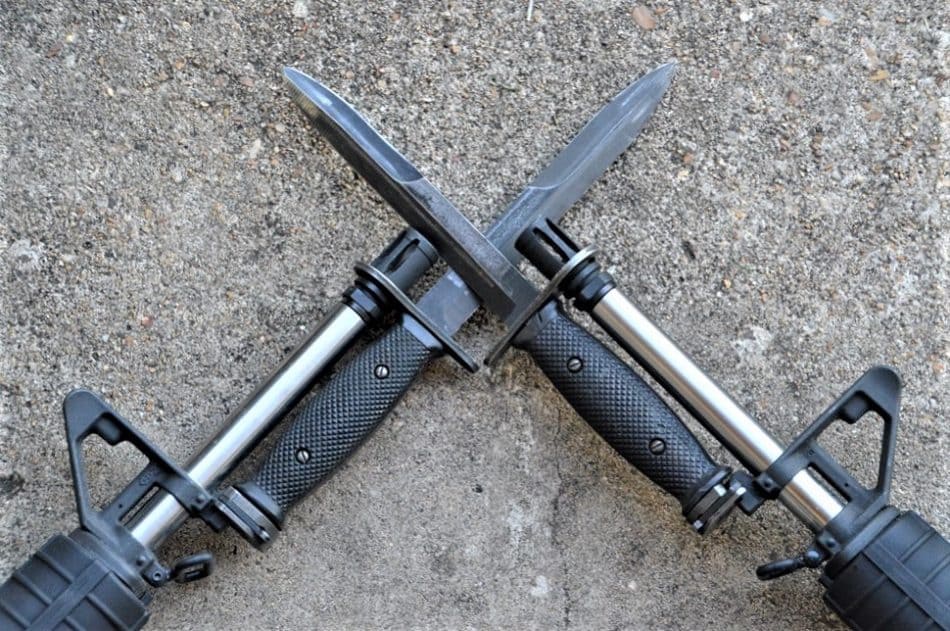 As a side-effect, most 20-inch profile ARs made outside of the 1986-1995 Federal “Assault Weapon Ban” have a bayonet lug that accommodates the M7, M9 or OKC3S. (Photo: Chris Eger/Guns.com) 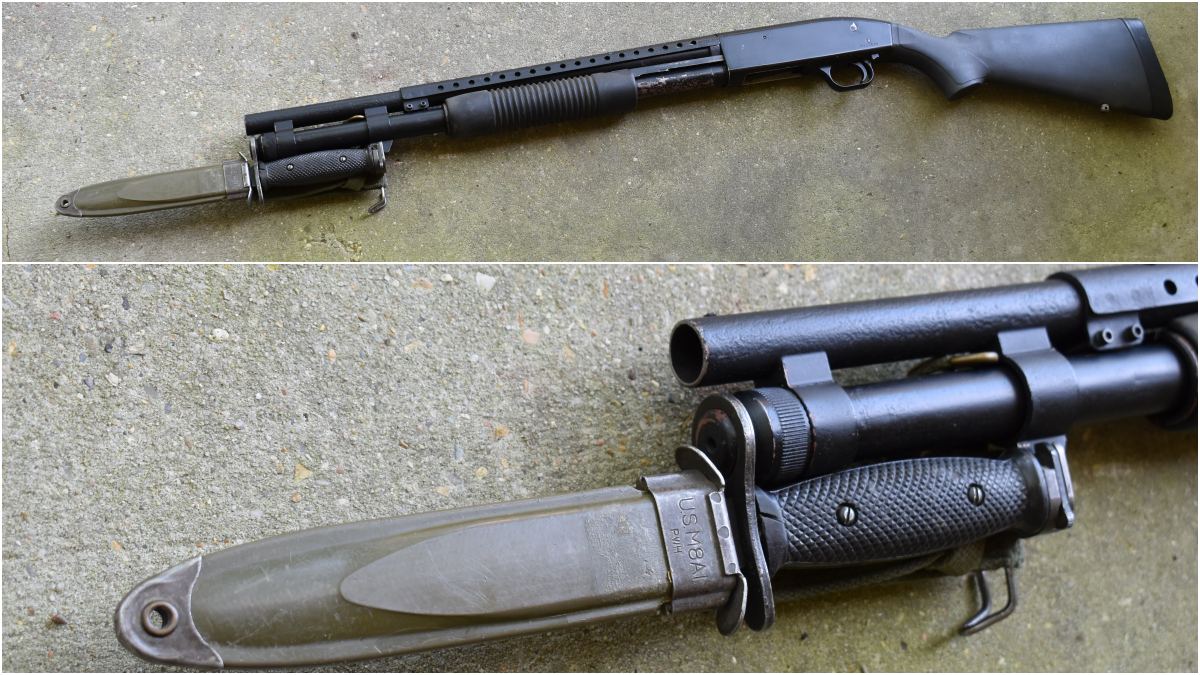 Notably, combat shotguns such as the Mossberg M590 that have a lug will accept the M7. (Photo: Chris Eger/Guns.com)

For ARs, or any other rifle or shotgun that doesn’t have a lug, there are clamp-on models as well as Picatinny-rail mounted lug accessories. The same applies to pistol rails, because reasons.

Of course, since we had the bayonet crates out, we grabbed some shots of other stabbies. 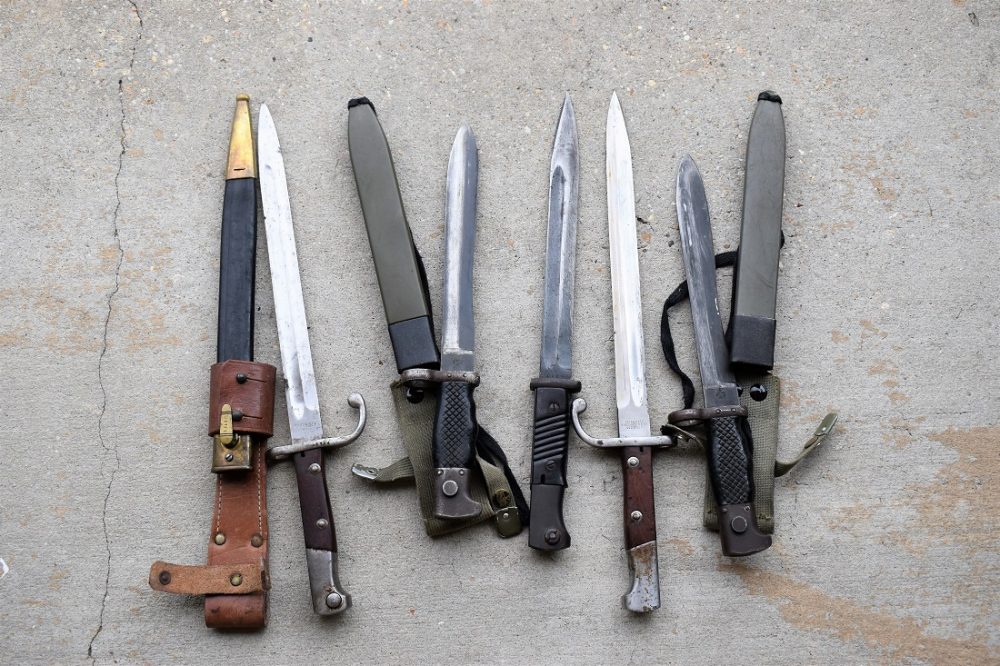 Mauser bayonets are probably the most diverse in the world, as they were made not only in Germany, Belgium, Spain and elsewhere but also in Latin America and Asia. (Photo: Chris Eger/Guns.com) 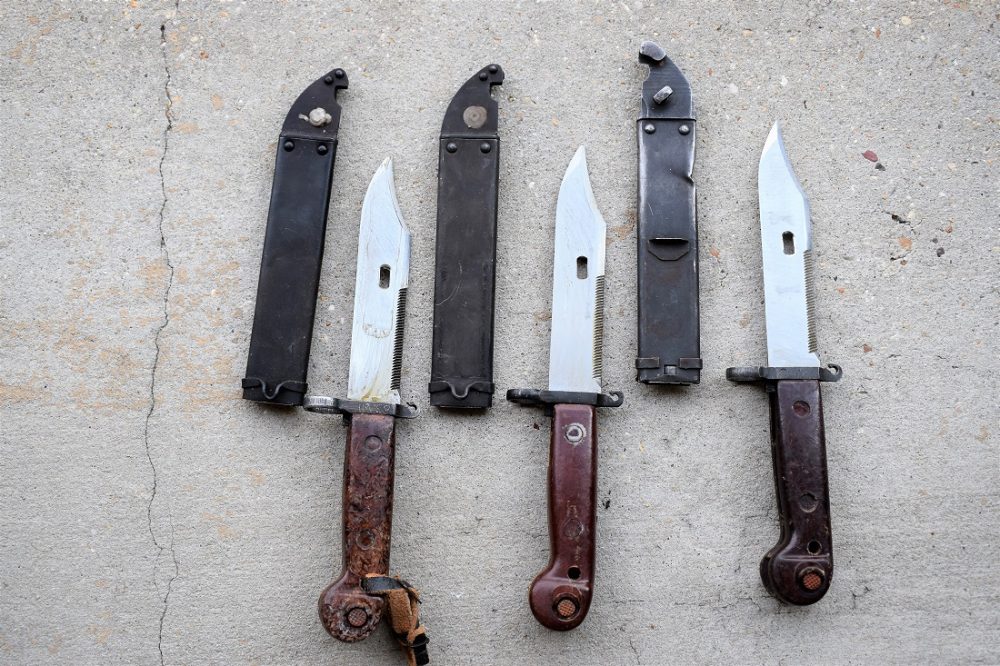 Kalash bayonets are similarly diverse and are typically of the wire-cutter variety (Photo: Chris Eger/Guns.com) 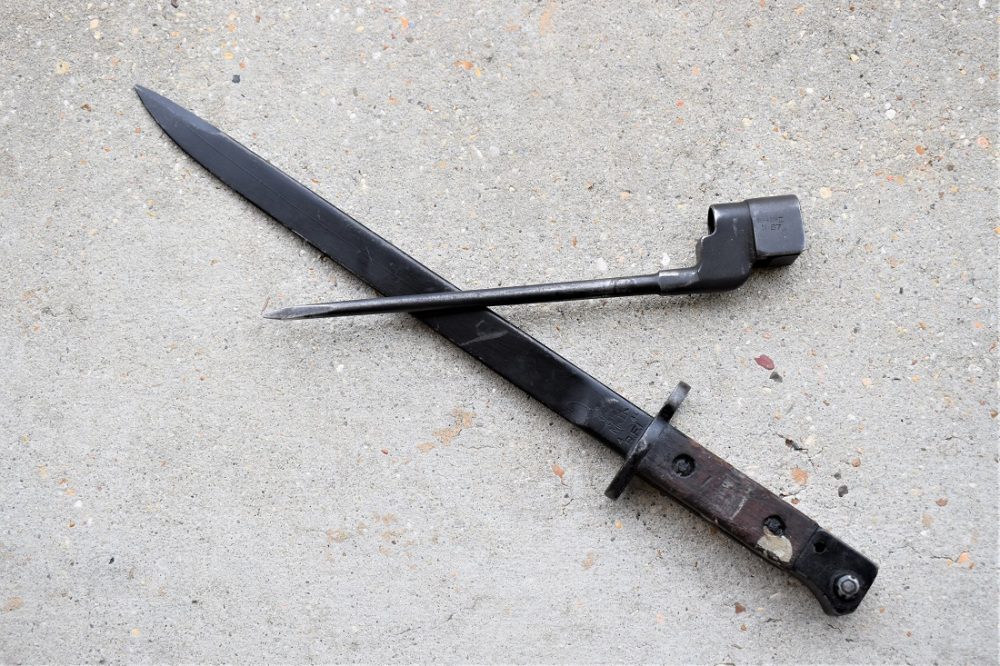 Both of these are for Enfield .303 rifles, with the spikey guy being a No. 4 socket bayonet and the bladed weapon being a square pommeled circa-1944 Indian-made bayonet for the No. 1 Mk. III rifle. (Photo: Chris Eger/Guns.com) 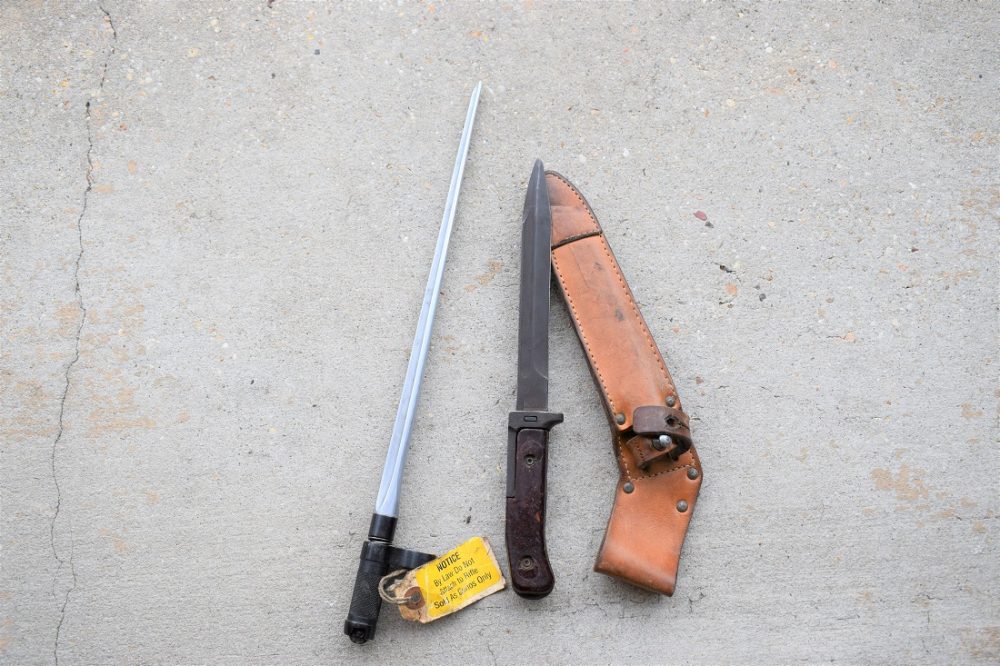 These oddballs are a Czech vz.58 pokey and a Chinese Norinco SKS spike bayonet, the latter removed during the great and expired AWB and sold as a curio (Photo: Chris Eger/Guns.com) 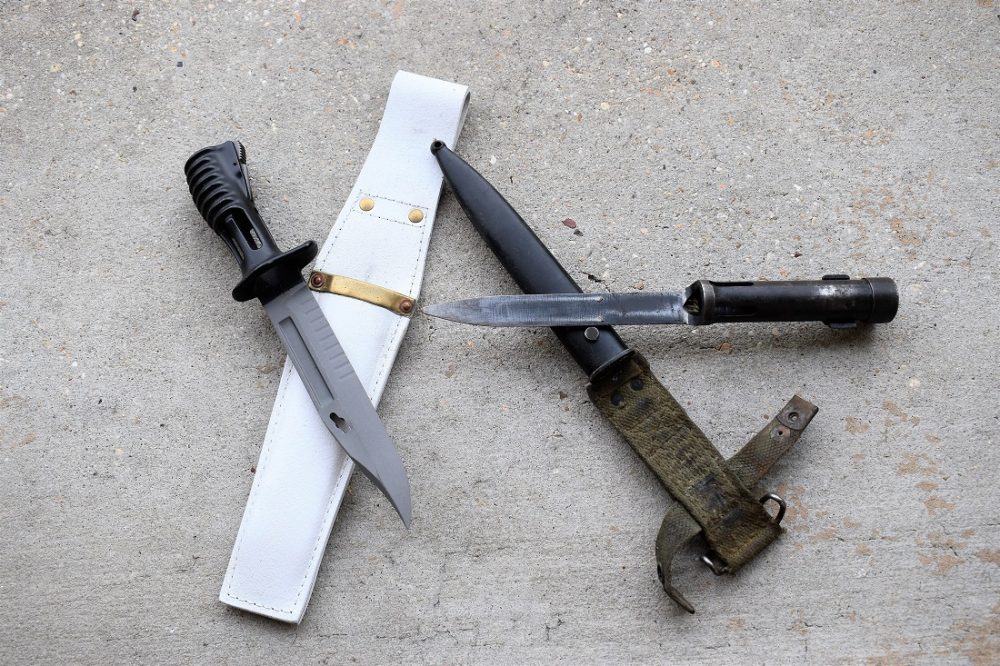 Speaking of oddballs, how about a British SA80/L85 Enfield bayonet (L3A1) in a Guards scabbard along with a Type C FN FAL bayonet, both of which have hollow handles that are designed to fit over the flash-hider slots of their parent rifles’ muzzle device. (Photo: Chris Eger/Guns.com)

For more information on bayonets, there is a ton of resources online as well as support groups for those who have been bitten by the bug.

Like guns that take bayonets? Check out our Collector’s Corner, where history is just a click away.