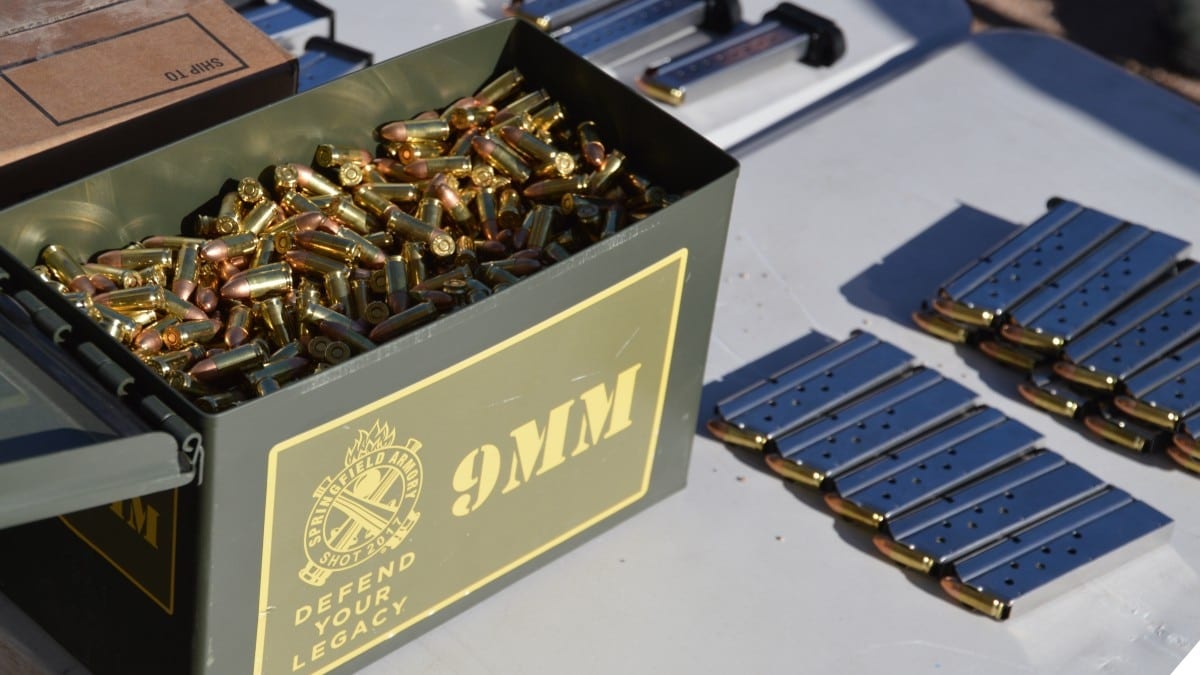 A U.S. District Court on Thursday put a crimp in California’s draconian bullet control law. By Friday night, a federal appeals court turned enforcement of the law back on. (Photo: Chris Eger/Guns.com)

Respite for gun owners in California seeking to buy ammo without layers or red tape did not last the weekend as a federal appeals court stayed an injunction of the state’s ammo control laws.

Citing the fact that nearly one-in-six qualified residents who tried to buy ammo under the new guidelines were initially rejected at the point of sale, Benitez, a 2004 appointment by President George W. Bush, held in his preliminary injunction that, “California’s new ammunition background check law misfires and the Second Amendment rights of California citizens have been gravely injured.”

The legal challenge to the ammo control law was filed by Olympic Gold Medal clays legend Kim Rhode and others in 2018 and is being spearheaded by the California Rifle & Pistol Association.

“The fight for freedom goes on, but we are back to ammo sales restrictions for now. More to come,” said CRPA attorney, Chuck Michel.

It should be noted that President Trump has appointed 10 judges to the notoriously left-leaning 9th Circuit during his administration, a move that some have described as effectively flipping the court to a more conservative bent, a factor which should make any coming circuit review of the case interesting. California U.S. Senators Dianne Feinstein and Kamala Harris, both anti-gun Democrats who sit on the Senate Judiciary Committee, have vehemently opposed most of the recent appointments.