Based on the Beretta 92 platform, the competition-style Girsan Regard MC Gen 4 is now being imported by European American Armory and is full of features that often cost much more.

Cocoa, Florida-based EAA has been importing the Girsan-produced Regard series from Turkey for a minute and the new Gen 4 gun offers a competition-style slide with deep front and rear slide serrations and a 4.9-inch barrel. The frame includes an accessory rail in front of the trigger guard and a DA/SA competition-style trigger billed as having a “very nice pull with a clean break and fast reset.” 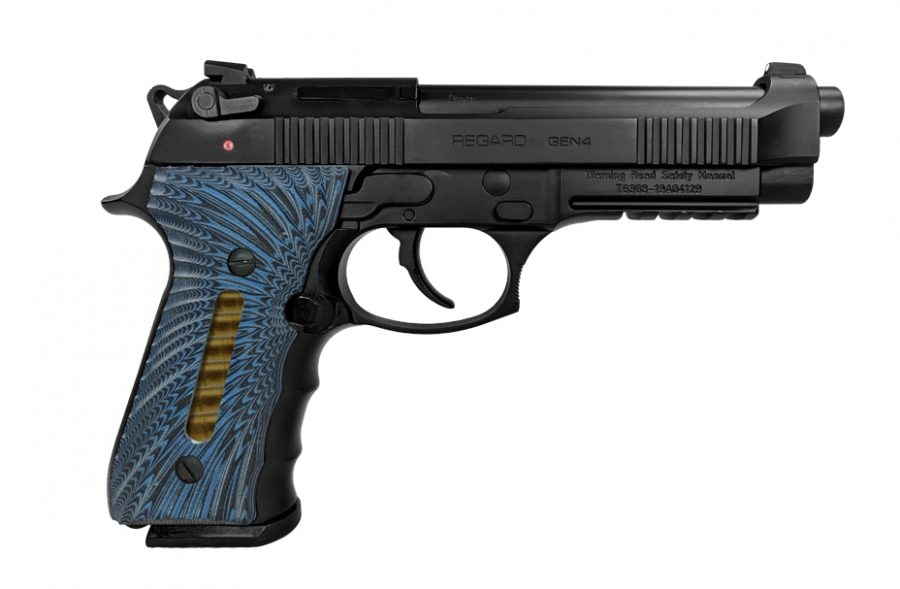 The G-10 grips, which are offered in blue or black, have an ASP-style window to view the magazine capacity via a similar window in the 18-round steel mags. Standard Beretta 92 mags will fit, but won’t allow the same witness capability. (Photos: EAA) 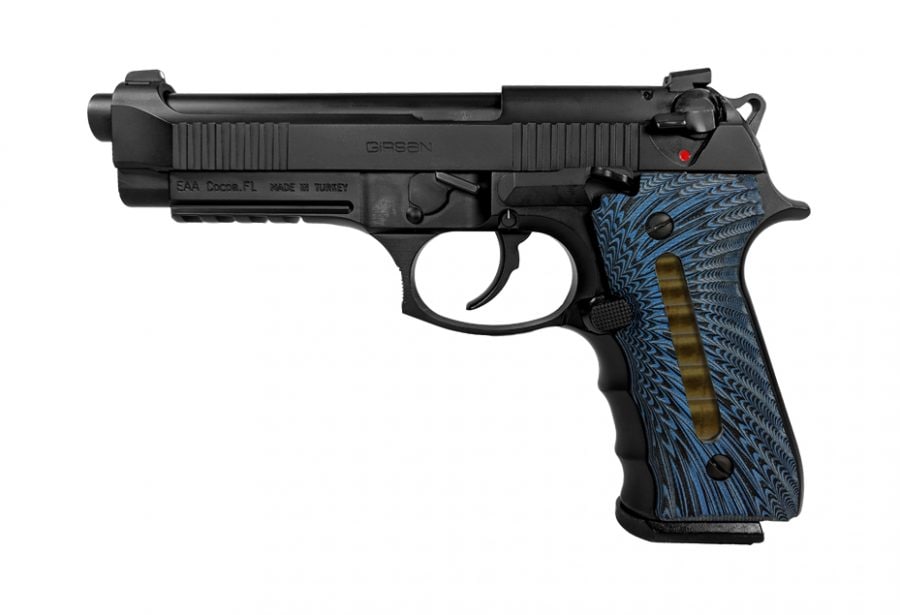 Surface controls include an oversized mag release and a large slide stop lever while the grip, for better or worse, has front finger grooves. It also features a slide-mounted G-model decocking system.

Girsan developed the Regard for use by the Turkish military and law enforcement with Mil-spec parts that the company stresses are manufactured to some of the highest international quality standards. Shipping in a matte black finish, the pistol has a front dovetail post and an adjustable 2-dot rear. When it comes to specs, the pistol weighs 34.4-ounces and is 8.6-inches long, overall. Height is 5.5-inches while the width is 1.375-inches.