The Japanese military on Monday released the details of their first new small arms since the 1980s: a new Howa modular rifle and a variant of the Heckler Koch VP9.

The Japanese Ground Self Defense Force, the country’s army, debuted what will be termed the Type 20 5.56 rifle and the SPF 9mm pistol in future use.

Developed by Towa Kogyo in Kiyosu, the Howa platform beat out designs tested by the JGSDF since 2014 to include at various times guns by HK, FN, SIG and Steyr. The final designs were selected in December 2019 with the Howa rifle beating out the second-place HK416 and the SCAR-L, which placed third in the competition.

A modular rifle system similar to the HK433, Remington ACR, Radom GROT, or the SCAR, the Type 20 has a side-folding, five-position adjustable stock. Subsequent images released by the Japanese Ministry of Defense show the rifle to have ambi surface controls and a host of U.S. accessories including Magpul M-LOK slots with matching sling mount, an M3 windowed PMAG, and a BCM GUNFIGHTER Grip MOD3. It also has a B&T grip pod, a feature that is likely cringe-worthy to those on this side of the Pacific. 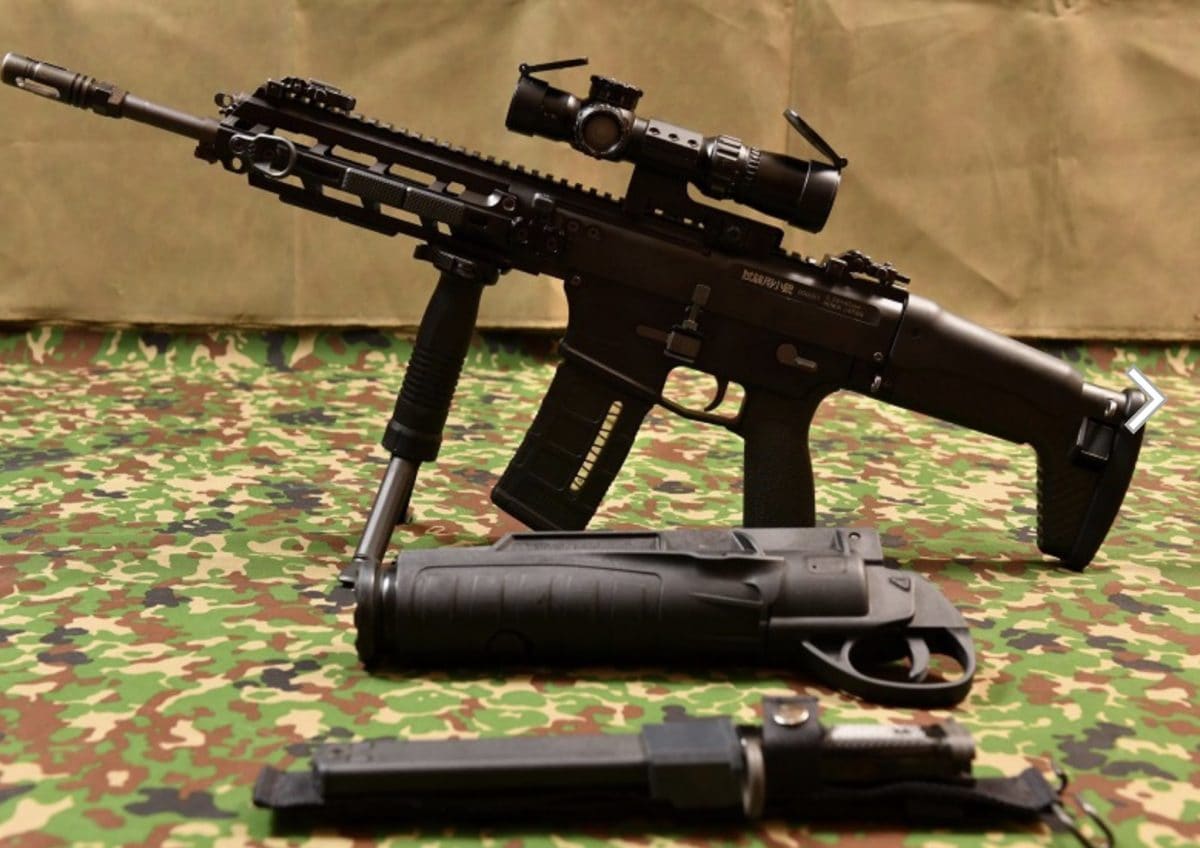 The Type 20 displayed has a March-F Compact 1x-8x24mm optic from the Japanese firm of DION Kogakuken, and is shown with a Beretta GLX-160 grenade launcher and a knife-style bayonet of unknown manufacture.

According to the defense budget for 2020, 3,283 units of the Howa Type 20 were purchased for 900 million yen ($8.3 million) in the initial procurement, with the first batch of operational rifles going to the newly-formed Mizuland Mobile Corps. The life cycle cost of procuring 150,000 units is estimated to be 43.9 billion yen.

A maritime variant of the Heckler & Koch VP9, the SFP9-M, will be Japan’s future handgun. The model has passed NATO’s long-term saltwater test and is referred to as Over-the-Beach certified. As with the rifle competition, the HK pistol beat out a wide field of competitors with the second-place selection being the Beretta APX while the third-place winner was the Glock 17.

The initial procurement, via Japanese distributor Minebea Mitsumi, is for 323 guns for $250,000. 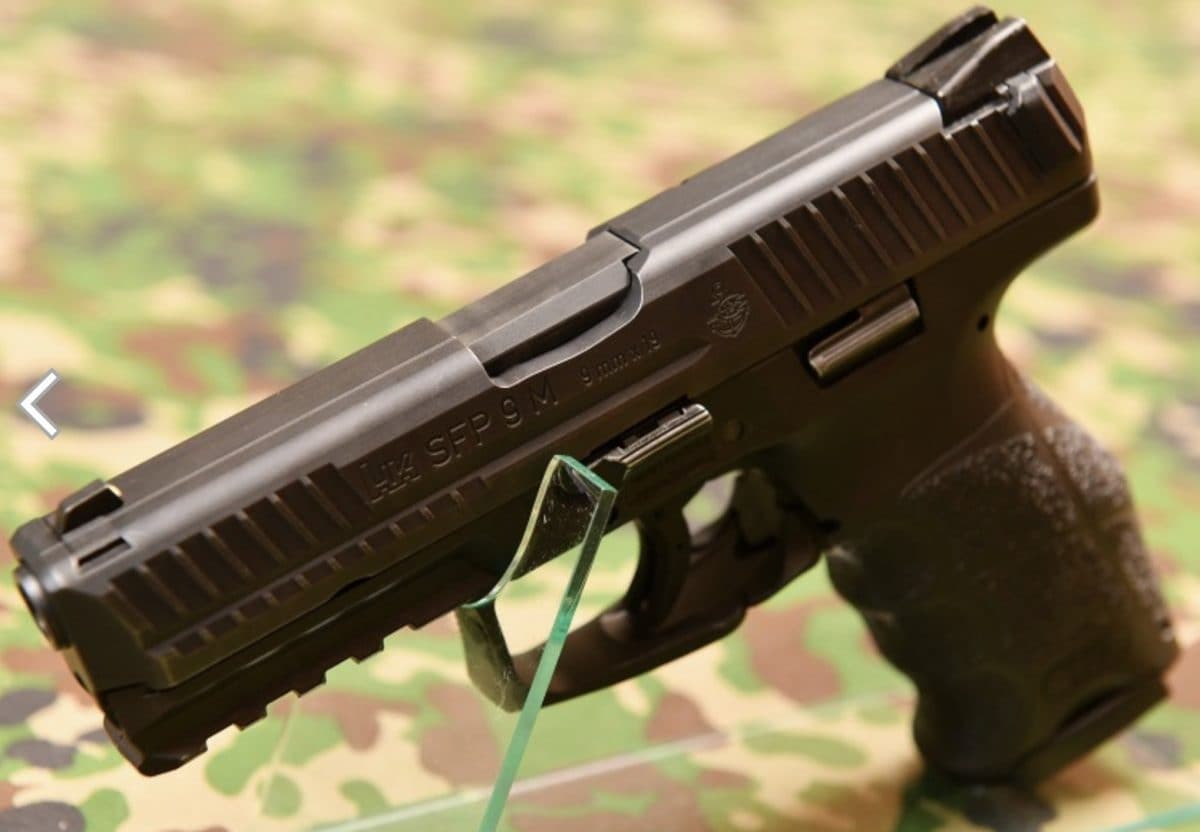 The HK SFP9-M shown as adopted by the Japanese army has a paddle-style magazine release and no external safety lever. The model uses 15/17/20 round magazines. Unlike new models of the VP9 sold in the U.S., it is not optics-ready. (Photo: Japan MOD)

The SPF-9M and Type 20 will augment and then replace the SIG P220 9mm handgun and Howa Type 89 rifle over the next several years. 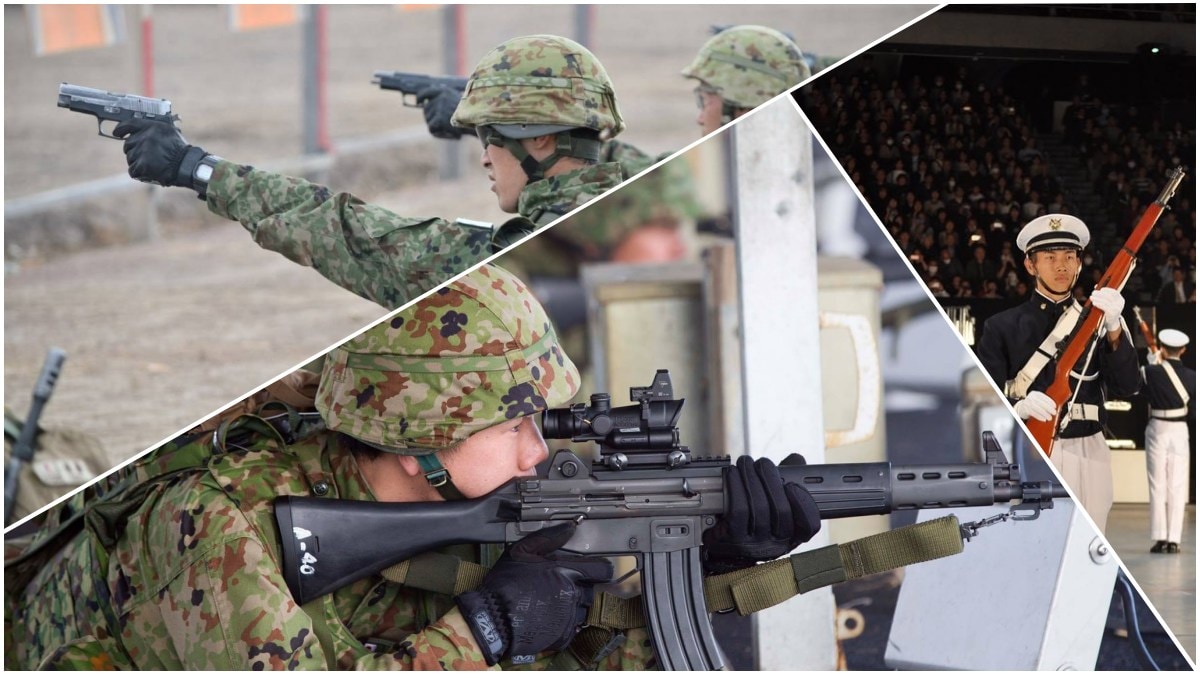 The JGSDF currently fields Howa Type 89 5.56 NATO and Type 64 7.62 NATO rifles for field use along with the SIG P220 pistol, the latter made locally under license by Minebea. The country also still uses the M1 Garand as a ceremonial rifle. (Photos: JGSDF)

GRAB YOUR VP9 TO BE GODZILLA-READY