We at Guns.com love a good, nostalgic competition pistol and what better one to dive into than the Series 80 Colt Gold Cup from the Vault.

History of the Gold Cup

The Gold Cup Match Pistol’s history begins in the Office of the Director of Civilian Marksmanship– today’s Civilian Marksmanship Program. Created in 1903 as part of the War Department Appropriations Act, the measure was designed to improve military marksmanship while also granting civilians the opportunity to learn and practice their marksmanship skills in the event they were called to serve in the U.S. military. President Theodore Roosevelt, Secretary of War Elihu Root, NRA President General Byrd Spencer were among the supporters of the act.

The National Dogs of War Trophy, which continues as one of the most prestigious team trophies in U.S. marksmanship, was the first award. When National Trophy Matches expanded to include pistol events, the first pistol trophy awarded was the General Custer Trophy. It typically goes to the national trophy individual pistol champion. The national matches began in Caldwell, New Jersey but migrated to Camp Perry in Ohio in 1907. 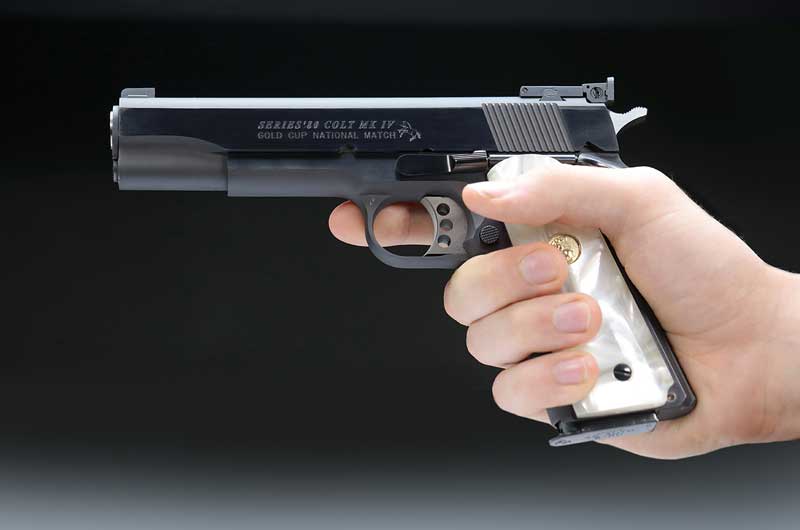 At the 1932 National Matches, Colt debuted its first national match model for competition. By 1933, the company offering a National Match Pistol for consumers to buy straight out of the factory. These Colt models differed from standard options as they incorporated a match-grade barrel, checked trigger, checked mainspring housing, walnut stocks, and internal parts that were hand-honed.

Colt discontinued production in 1941, due to World War II, and it wasn’t until 1957 that the firearms maker introduced a revamped version of its competition classic by way of the Gold Cup.

The Gold Cup released in 1957 featured adjustable sights, a wider trigger with a stop, and many other cosmetic and practical changes. Opting for a lightened slide, the Gold Cup saw some issues with hotter loads, and ultimately, the slide cuts were eliminated in the later 70 series manufactured between 1970 and 1983. 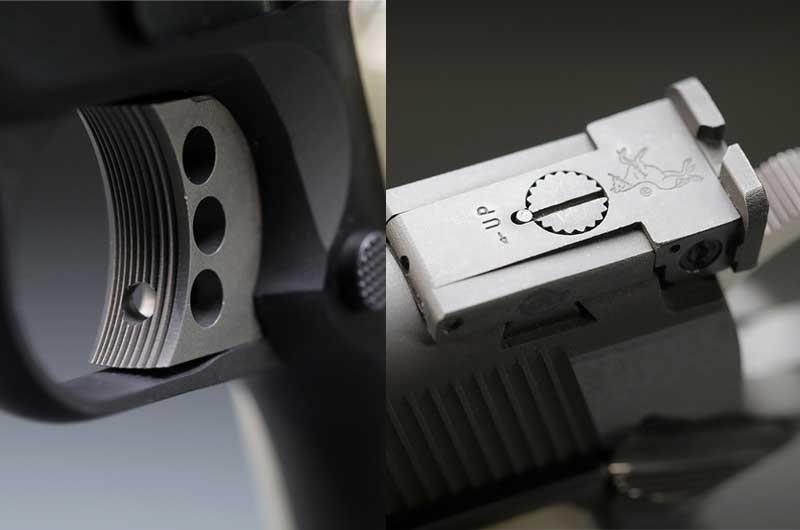 For today’s article, we’re taking a look at the Gold Cup Series 80 National Match. This version was manufactured from 1983 to 1996. The gun uses a Collet bushing instead of the traditional barrel bushing. The Collet has four fingers to keep the barrel centered, improving overall accuracy. While a nod towards accuracy, the Collet design came with its drawbacks — namely that the fingers would break.

The “80 Series” designation comes from the fact that it includes the safety enhancement first introduced by Colt in 1983. Aimed at increasing drop safety for carry guns, it tacks on additional features such as a safety plunger in the slide and a corresponding lifter in the frame to depress it, with the caveat that it adds some extra trigger smush.

The 80 series also offered a half-cock option using a shelf instead of a hook. The shelf provided a little more in the way of safety as it was sturdier than the hook and less prone to breaking. The pistol features Colt adjustable rear sight as well as wide groove adjustable target trigger, undercut front sight, flat mainspring housing, and hand-honed internals. 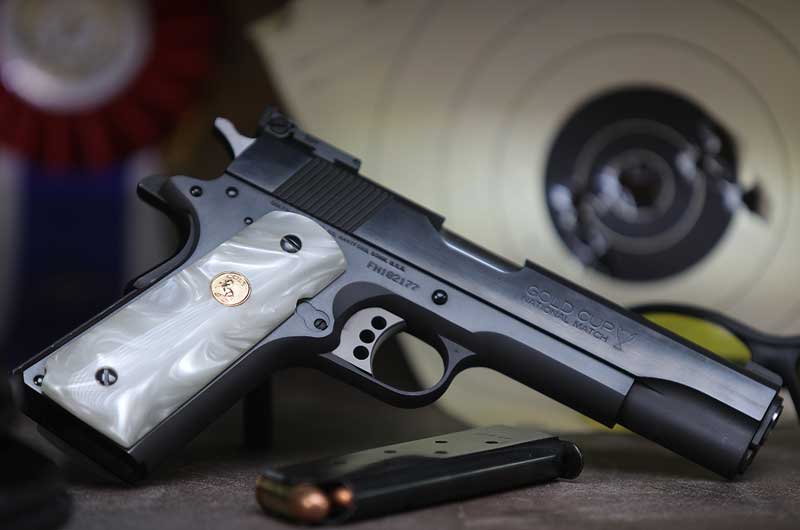 The Colt Gold Cup is made for match day. (Photo: Don Summers/Guns.com)

At the range, I started the 8+1 Gold Cup with Winchester 230-grain full metal jacket rounds at around 15-yards. The first thing of note is the pistol’s matte finish really cuts down on glare. After firing the gun, I have to say I really like the way it shoots. It’s a well-balanced model not to mention it’s a looker. With faux ivory grips and a rich, Colt Royal Blue finish it’s simply beautiful.

I did have some trouble aiming initially with the Gold Cup. The all-black front sight post on a black bullseye was a little difficult to see but with time — and maybe a different target — I would certainly adjust. I saw a decent grouping for me but, given a little more time, I could have adjusted the rear sights to get my shots a little closer.

The Gold Cup is a great match pistol with a beautiful look. I liked it so much I kind of want to keep this gun for myself. In short, the Gold Cup is surely a winner.

GET A COLT GOLD CUP!