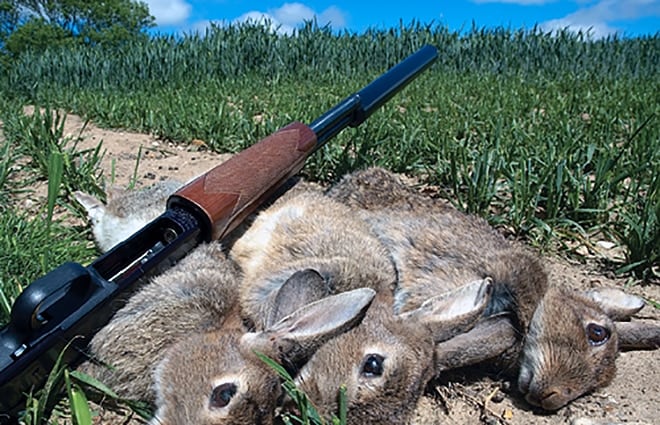 Rabbit season varies widely in many places around the world, but is often taken up by big game hunters in North America after those seasons finish in the winter.

With big game seasons in most states behind us, hardcore winter-weather hunters still eager to trod crisp woods find themselves in the midst of cottontail season.  While most any old smaller-bore shotgun or rimfire does the trick, here are three great, reasonably-priced guns to put more rabbits in the stewpot. 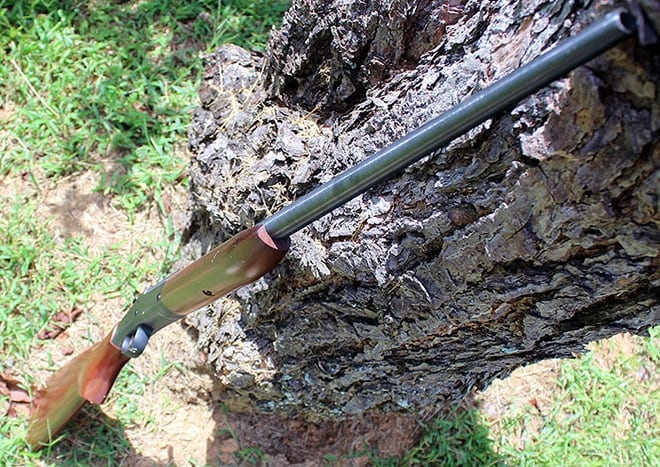 I cut my teeth growing up with the old single shot, break-action H&R Pardner in a .410 with a worn, but still visibly case-hardened receiver.  The gun was easy for a youngster to manage, accurate, and reliable beyond belief.

While I took many cottontails with the .410 bore, 20-gauges are certainly more common for bunnies.  And the Pardner platform makes for an easy switch between barrels.  In fact, it’s neither uncommon nor expensive to have .410, 20, and 16 gauge barrels, all quickly and easily interchangeable with a single forend screw.

Whatever you do, keep the 12 and 10 gauge barrels at home, as they are just plain overkill on tender cottontails unless you fancy picking shot from your meat.  The H&R’s are light, fairly well balanced, and easily carried with one hand whilst you bust brush with the other.  Priced on the used market around $120 for the full rig and $50-75 for additional barrels, this gun goes to prove that hunting productivity can indeed come cheap. 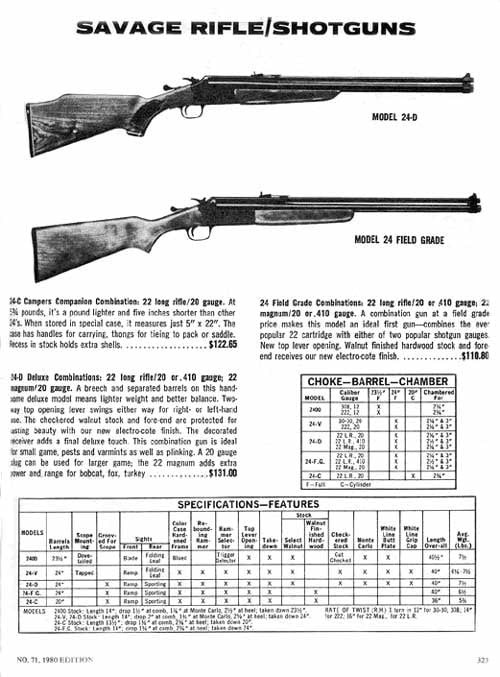 Sometimes two is definitely better than one, and I love the Model 24 here for that reason.  It may just be the ultimate rabbit gun.  It’s too hard to justify carrying a .22 LR for the majority of quickly-crossing or running-away rabbits, but there are always instances where you spot one in the distance and the smaller gauge shotguns or more open chokes are not capable of placing an appropriate 50-75 yard kill shot.  In the Model 24, a 20-gauge under a 22lr is ideal, though other combinations like the 410/22lr or 20ga/22mag certainly have their merits as well.

Whether you prefer the original wood-stocked Model 24 on a nostalgic hunt or the new synthetic Model 42, hunting with the Savage combination gun quickly reveals the reason these original guns have held their value all these years.  While early 24’s can run you $350 or more for a common chambering, there are still deals out there.  Meanwhile, the newer 42’s are abundant and not as sought after, easily found online around $350.

Sometimes you don’t just want to get the job done; you want to look good doing it.

Enter CZ’s line of new-and-not-so-new O/U and SxS shotguns.  Regardless of preference on barrel configurations, single vs double triggers, or bore sizes, CZ offers one that’s sure to fit.

Whether hunting rabbits or upland birds, the CZ Woodcock is one of my favorites to take afield.  It’s a great intersection of price, quality, and looks but is not so terribly expensive that you’re afraid to really truly hunt with it.  The case-hardened receiver and fit-and-finish are way above average, while the single selective trigger is a personal preference.  Interchangeable chokes prepare you for multiple hunting scenarios and ranges.

Depending on terrain and hunting style—dogs vs brush—sometimes a 16 or 20 is a better choice.  In that case, consider the likes of CZ’s Bobwhite, Redhead, Sharptail or Drake in a 20-gauge chambering with an IC in one barrel for the closer shots and #5 or #6 shot to minimize pellet-picking, and a tighter option like Mod in the other for greater range.  Prices run on good, used CZ’s in the aforementioned guns the gamut from $350-$1000 depending on model. 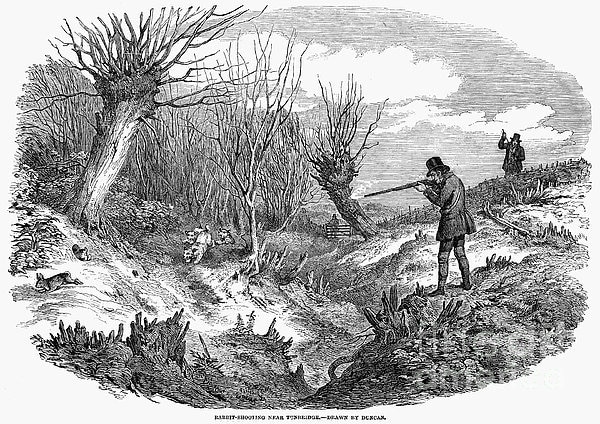 As with all types of hunting, there is no single correct gun to use for rabbits.  Heck, we can’t even settle the shotgun vs. rimfire debate.

These are all great gun options to put cottontails in the crock pot and memories in the minds of those hunters wise enough to venture afield when many others have already retired to their fireplaces.  Regardless of what you choose, enjoy hunting some of the most beautiful wintry times the outdoors has to offer.