So you’ve decided to use a shotgun for home defense, but you’re unsure what load to use in your scattergun. Double ought buck, one ounce slug, 2 ¾ inch or 3 inch, there are so many options. While this article won’t tell you which ones to use, it will show you the ones you should avoid.

Here are the top 5 worst shotgun shells for home defense. 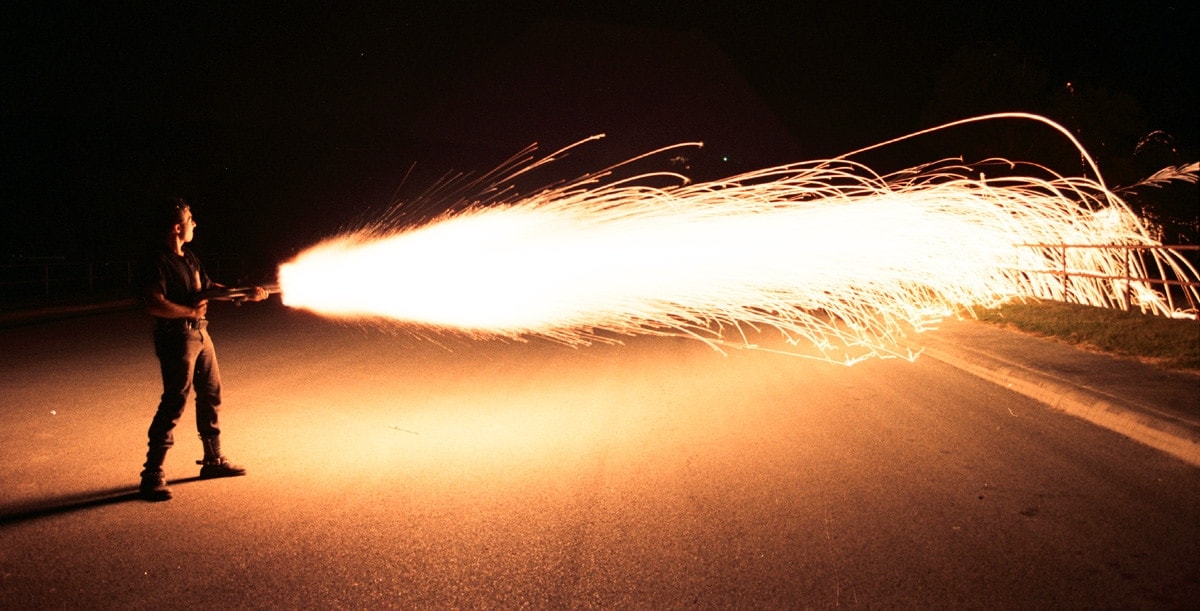 Dragon’s breath, the best round to test if that professional sprinkler system you bought actually works. (Photo Credit: Toptenz.net)

Dragon’s Breath shotgun shells are filled with Zirconium alloy powder pressed into pellets or flakes. When the primer is struck, the Zirconium ignites and is propelled from of the barrel, turning your shotgun into a short range flamethrower. Which is awesome, if you live in a concrete bunker. For inhabitants in more flammable domiciles, Dragon’s Breath is a liability nightmare. Plus, can you imagine trying to explain to a jury that you had no option but to light your attacker on fire?

Dog Poppers are blank 12 gauge rounds used to acclimate hunting animals to the loud noise of a shotgun blast, without endangering anyone. Using one of these in your home may work if your goal is to scare an intruder. You might be able to call their bluff, but that’s an awfully big gamble. Especially if the attacker is armed; he may reply to your loud bang with a few of his own. Odds are, his aren’t blanks. If you’re going to own a gun for self defense, my advice is to load it with bullets, not noisemakers. 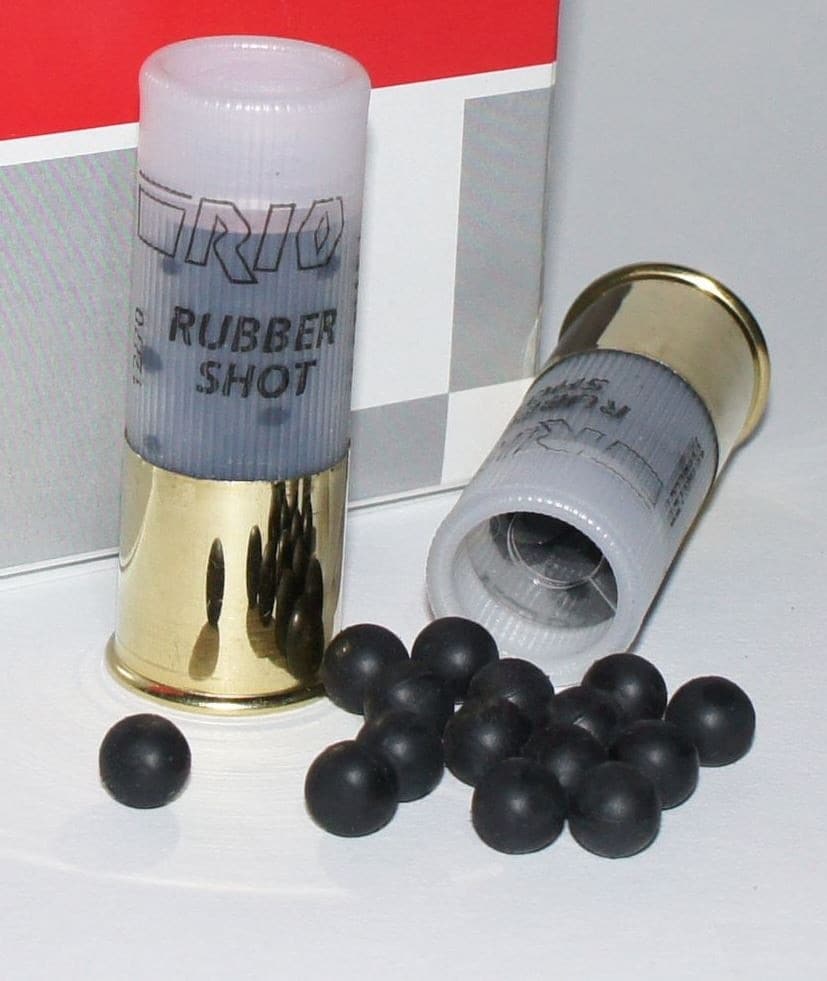 For the homeowner who wants an intruder to rob him in court as well. (Photo Credit: Rio Shotshells)

The legal justification for use of deadly force is that the victim felt their life was in such great danger that it was a matter of life and death between the victim and the attacker. If a non-lethal round is used in self defense, the prosecutor may argue that the victim shot the suspect, because they wanted revenge. Additionally, people utilizing this ammo and believing it is non-lethal, might want to ditch the shotgun; even rubber projectiles can kill at short range.

Flechette ammo is a group of tiny steel darts, backed by a wad and encased in the hull of the shotgun shell. These were originally designed to penetrate jungle foliage and negate light cover that enemies may be hiding behind. In other words, the ammo is effective at penetrating intruders and any perceived cover. Making your shotgun equally as dangerous as firing a volley of .308 at the attacker. While certainly effective at stopping the intended target, you might want to consider your proximity to neighbors and how much you are willing to spend on house repairs.

Sometimes you read something and your brain automatically corrects it, because it just sounds so ill-conceived that your mind rejects it. This is one of those times. The very notion that loading a shotgun with confetti would be a good idea to anyone is mind-boggling. Especially since someone will inevitably think it’s hilarious to point a shotgun loaded with this stuff at a person and ‘harmlessly’ fire confetti at them. Aside from an obvious violation of the 4 firearms rules, the ammo is anything but harmless.

Don’t believe me, ask Brandon Lee. Oh wait. You can’t, because he’s dead. The business end of a shotgun firing any ammo type is anything but harmless as there is still a massive concussive blast. 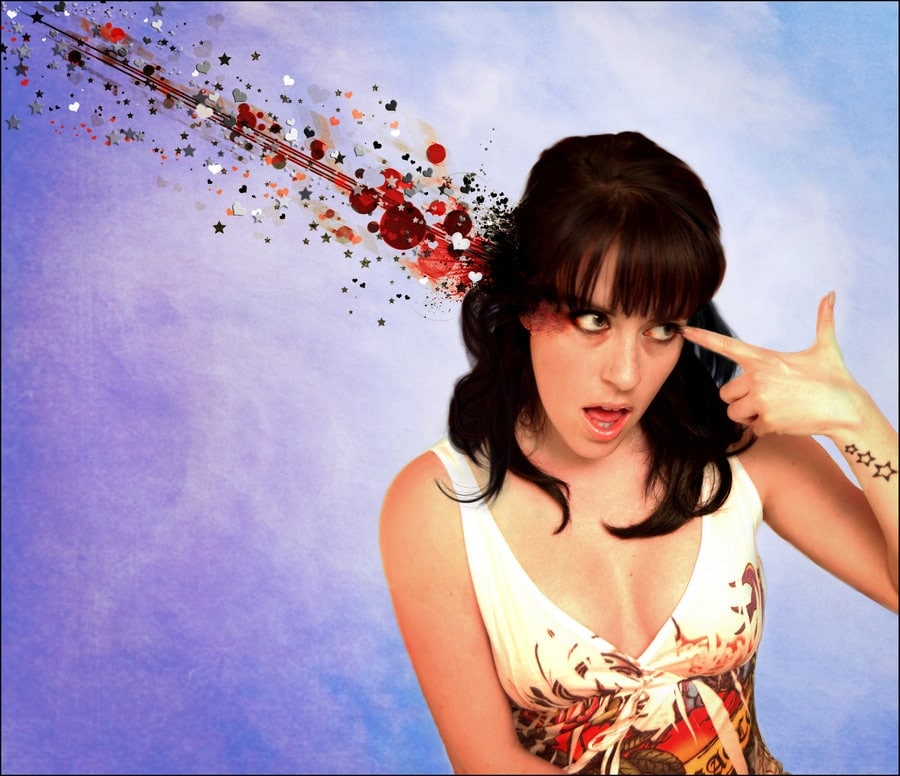 Like this but with more blood. (Photo Credit: lilbittydemon.com)

No matter what ammo you decide on for home defense, be sure that it functions 100 percent in your shotgun before committing it to the important role of defending you and your family. Also, whatever you do, don’t pick any of these rounds.