A Browning automatic shotgun for under $200, the Remington model 11 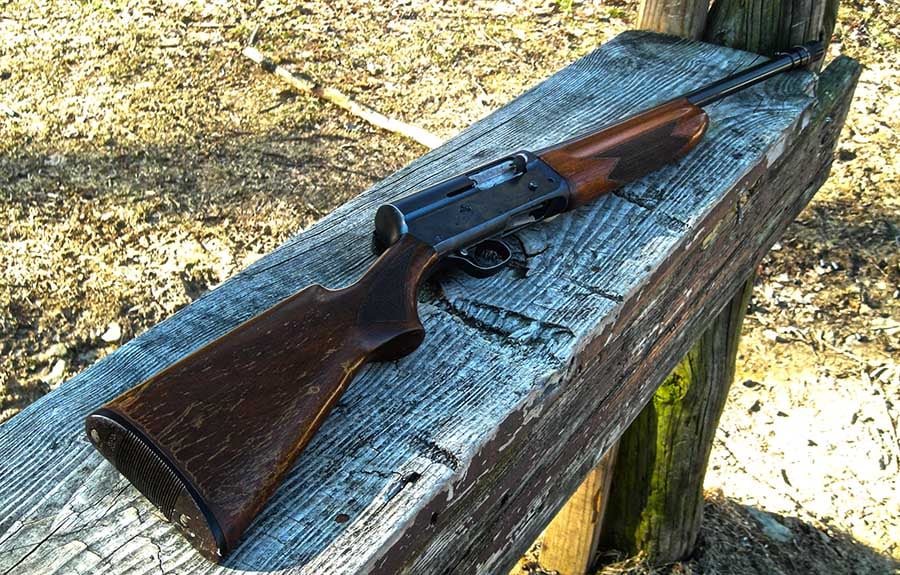 The Remington Model 11 shares more than a passing resemblance to the Browning A5 (Photo: Francis Borek)

John Moses Browning was a genius of the highest order. Arguably the greatest firearms designer in history, Browning was one of the greatest engineering minds to have ever walked the Earth. He designed everything from single shot and lever action hunting rifles to semi-automatic handguns. Mr Browning even dabbled in light, medium and heavy machine guns as well as ornate sporting shotguns. His engineering prowess and insight forced firearm designs to evolve, and today almost every semi-automatic pistol takes some design cues from his work.

While his M1911 and Hi-Power are his most prolific and enduring designs, he also designed an American classic; the recoil operated, automatic shotgun named the Auto 5. Known by several names, the variant evaluated is a three-shot version of the Remington Model 11, known as The Sportsman. 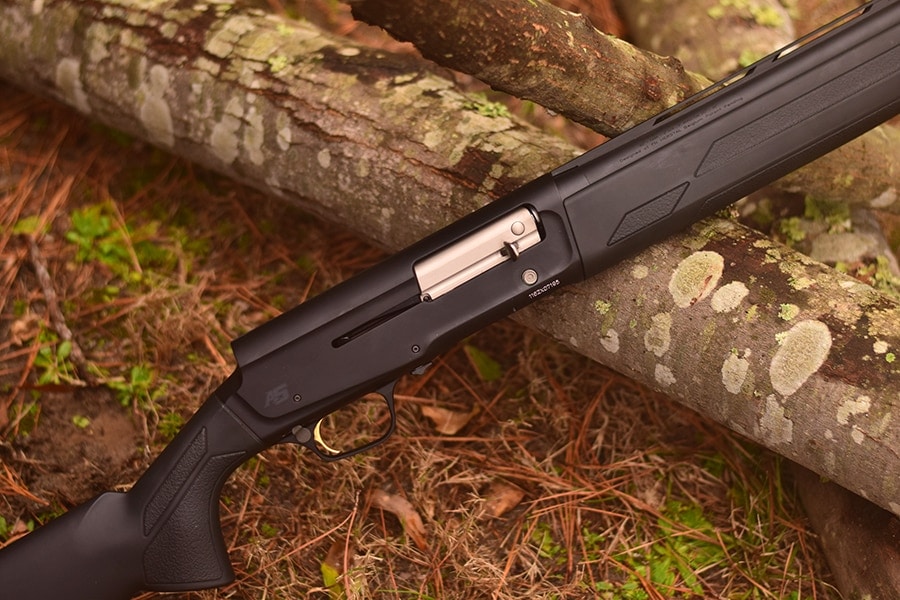 Modern A5’s share only their appearance with originals. (Photo by Jim Grant)

When first offered in 1930, The Sportsman is only available in 20 gauge; its big selling point  was the lower price and two round capacity for migratory fowl hunting.

Regular Model 11s have a five-shot capacity, and thus needed to be plugged. Remington decided to make everyone’s lives easier, and offer a permanently plugged version straight from the factory. It was marketed as having the same features and quality of a regular Model 11, but with a lower price, and the convenience of not requiring a hunter to install a plug for hunting fowl.

For those who wish to use The Sportsman in other roles such as home defense, I’d advise against it. The magazine is permanently plugged to two rounds. The barrel is also too long to be used in close quarters. Two rounds might be enough for home-invaders, but there are better options out there despite what Uncle Joe suggests. Take a hint from its name, use it as a sporting gun. 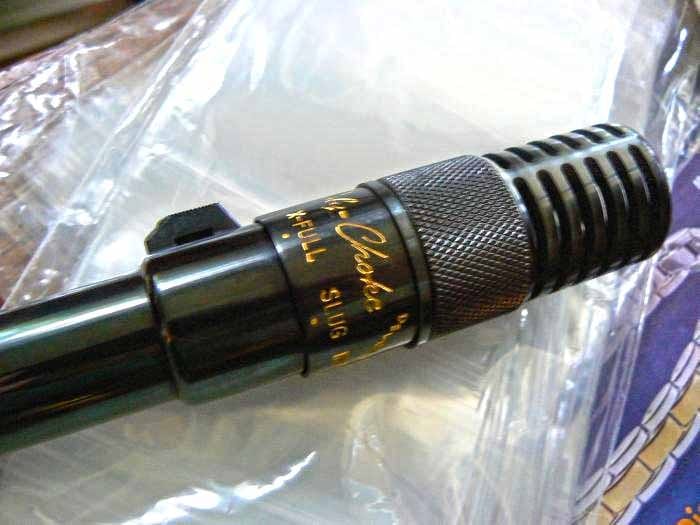 I have one with a nicely blued receiver and roll-engraved scenes of a pheasant on one side, and a duck on the other. The barrel is blued, has no rib features a brass bead and is 28 inches long. The stock and forearms are checkered walnut, though the varnish is coming off the buttstock and may need to be refinished in the future. The bolt is in the white, and is roll-engraved with the shotgun’s name.

Overall, The Sportsman is quite the handsome shotgun, and looks just as nice as modern offerings. The idea of any sort of engraving and high polish finish on what is supposed to be a budget shotgun seems like an alien concept these days, but was par for the course back then. 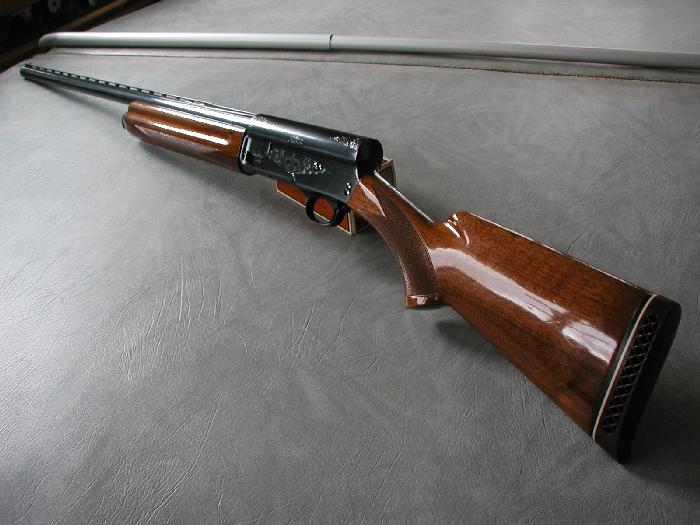 The barrel is marked as full choke, but there is a rather large assembly sticking out of the barrel, resembling a massive muzzle brake; this is the Poly-Choke. The Poly-Choke was first offered as an adapter to retrofit existing shotguns, as screw-in chokes had not yet been introduced. The downside to the Poly-Choke is that it wasn’t very attractive, so opinions on the device are mixed. It was apparently commercially successful enough, since the company is still in business today. They still offer the original model that can be retrofitted to older shotguns and additionally, a newer model that can be used in modern shotguns with screw-in chokes. For the tactical crowd who enjoys all sorts of strange looking muzzle devices, this could appeal to you.

To load the model 11, shooters first engage the safety, located on the trigger guard, then lock open the bolt and place a shell in the ejection port. After placing a round inside the receiver, pressing the bolt-release closes the bolt and loads the chamber. While holding down the bolt-release button, shooters can load two additional shells into the magazine tube.

Much like Browning’s original Auto 5 shotguns recoil can be fierce depending on how you adjust the recoil system. Even those who claim they aren’t affected by heavy recoil will bow down and pay tribute to the Model 11’s thunderous roar. When firing one of these for the first time, set the recoil system for heavy loads initially and see if it’ll cycle your chosen round to avoid being kicked around too hard. Even with typical birdshot, the recoil system set for light loads and a muzzle brake, can rattle your cage. Thankfully, this example will cycle on the heavy setting with cheap birdshot. Not all will, so test before putting it to work. To ensure the best reliability and most comfortable shooting experience, make sure to adjust the system according to your desired load. Firing 00 Buckshot when the system is set at its lightest is not pleasant. Though it’s pretty cool feeling the mass of different parts in motion as the action cycles. 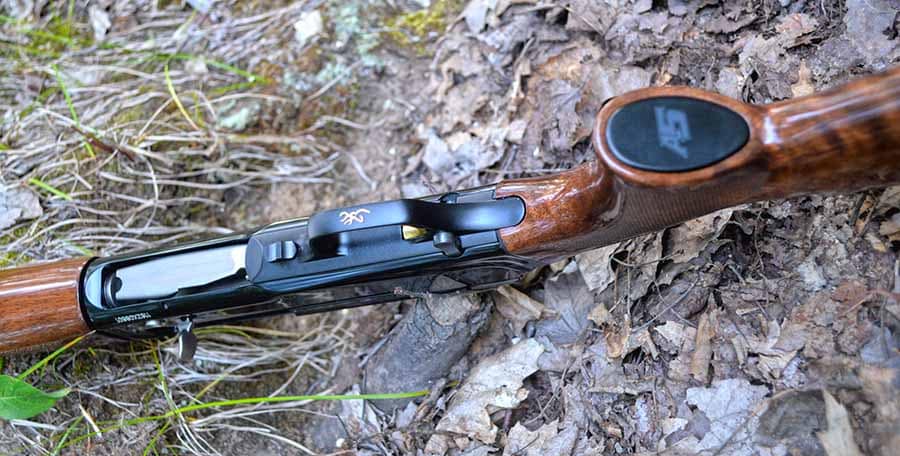 As I said before; John Browning was an absolute genius. Sure, Albert Einstein developed the Theory of Relativity – but could he have developed the incredibly complex actions of the 1886 and 1892 Winchester rifles, while making them reliable? I think not. While the design of the Model 11 is complex, each part works together in perfect harmony and reliability. As if angels descended from Heaven, and blessed the shotgun while horns heralded its arrival, though maybe that’s just me. Around a total of 850,000 Model 11 were made, so it’s quite common and can often be had for a steal.

This example was purchased for $179 before taxes and transfer fee. Finding one for under $200 isn’t unheard of, so long as you aren’t looking for a wall-hanger. Plus, 200 bucks is a great price for one of the most reliable auto-loading shotguns ever made,  especially since this is only a small fraction of what a new semi-automatic shotgun would cost a shooter. Screenwriter and NRA Board member John Milius once said that every gun owner would ditch the shotguns they owned, if they had the chance to fire a Browning design. And you know what? He is absolutely right.