Channeling its inner most runway model, the Taurus PT709 has quite the slim figure. Easily concealed with almost no printing, the PT709 opens up a world of possibilities for everyday fashionistas looking for a budget defensive nine.

Sporting an all-black, mostly polymer exterior, the PT709 has a solid feel for a sub-compact. While inexpensive polymers can sometimes feel cheap, Taurus does a decent job of marrying plastic with a nice, solid metal slide.

As a firearms instructor, I see female shooters especially preferring the smaller, slim size of this handgun for carry purposes. Its lightweight and short barrel makes it easy to conceal. With a 6-inch length and 19 ounce weight, it does fit into smaller purses but it fits great on the hip. Paired with an inside the waistband holster, it sits snugly against my side. No bulky sweaters or heavy coats required for concealing. I can get away with a normal t-shirt, fitted cardigan, or blouse without the fear of printing. 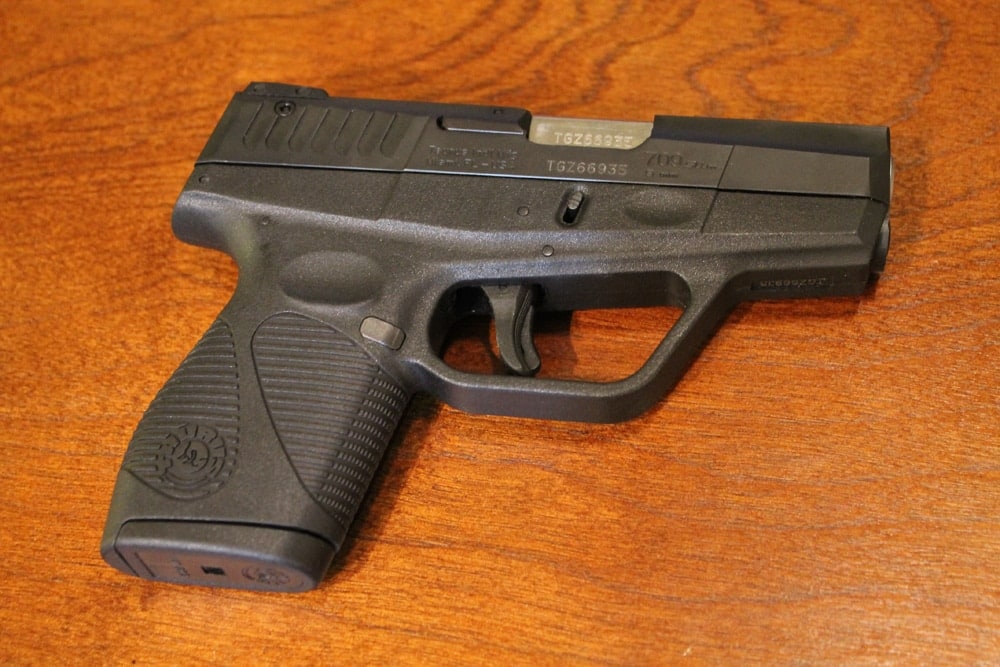 The “snag-free” design lives up to its name. There’s no struggle between clothes and firearm when drawing from the waistband holster. A thick gun belt is not required to support the Taurus. A regular, everyday belt does the trick with no sagging. I can be as physical as I need to be without feeling heavy or weighed down.

If you know Glocks than you’ll notice the likeness between the two right away. Takedown is almost identical, the trigger looks very similar with an integrated safety, and the Taurus is also striker fired. 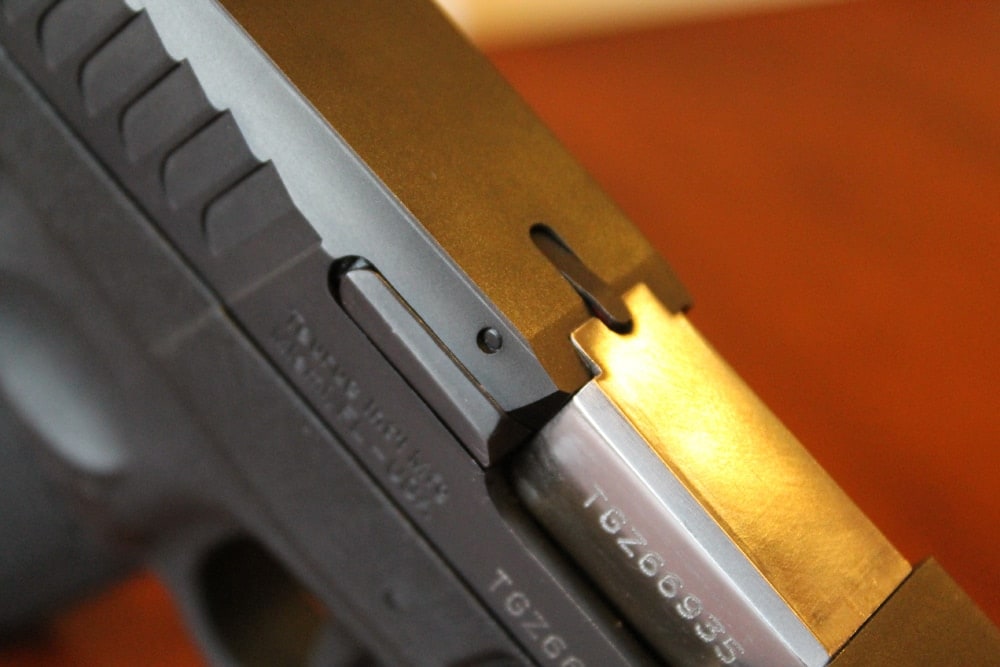 The Taurus PT709 is equipped with a loaded chamber indicator, which protrudes from the top of the slide. (Photo: Jacki Billings)

However, the Taurus benefits from a single-action/double-action feature. If a round fails to go bang, you have the option to pull the trigger again. Pulling it a second time will cock and reset the striker, allowing the firing pin to strike the primer once more. 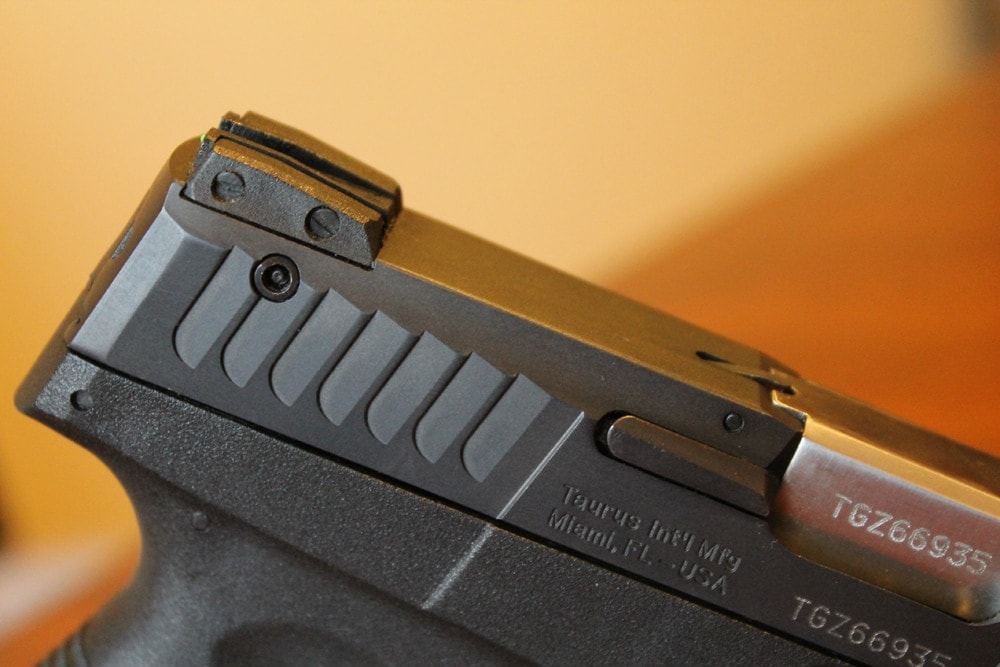 Unlike its service sized counterparts, which do a phenomenal job of mitigating recoil, the Taurus is not quite up to snuff, which is not surprising for lightweight gun, but quite a bit of energy is transferred to the shooter when firing. Practice at the range will earn you a tired wrist, but it’s not a terrible trade off for the ease of concealment.

The trigger takes between 6- and 7-pounds of pressure to fire, good for a carry gun but bad for novices. The most difficult aspect of this trigger pull is that the trigger has a long take-up. Impatient shooters may think the gun is malfunctioning because as they pull the trigger nothing happens — until it does — but with practice, shooters will grow accustomed to the action.

Safety is always a concern and Taurus has really presented a well-rounded safe firearm in the PT709. Along with a traditional lever safety that rests on the left side of the handgun and the aforementioned trigger safety, the PT709 also has chambered round indicator and an integrated gun lock. The chambered round indicator rises when a round is seated in the chamber. It’s handy in low-light situations when you need to quickly verify the status of the chamber.

Also, the integrated gun lock is a useful tool, especially if you hate carrying extra combination or keyed trigger guard locks. The proprietary key comes with the Taurus in the box and easily slips onto a keychain. When you need to lock down the firearm, simply insert the tool into the screw on the right side of the gun and turn. The slide and the trigger are then locked and the firearm is unable to fire.

With an MSRP of just over $400, the Taurus is a good match between concealment and affordability. The slim, snag-free design paired with multiple safety mechanisms and adjustable sights result in a solid firearm at a great value.