How do you say Yeehaw in Mandarin? I suspect it didn’t exist until the Zhong Zhou arms factory began manufacturing the 12-gauge PW87. The PW87 is a Chinese reproduction of the classic Winchester 1887 lever-action shotgun invented by famed arms-maker John Moses Browning. The original 1887s have butter smooth, hand-polished actions making follow-up shots a breeze. We’ll see if the $250 Chinese reproduction can hold its own against a hand-crafted American legend. 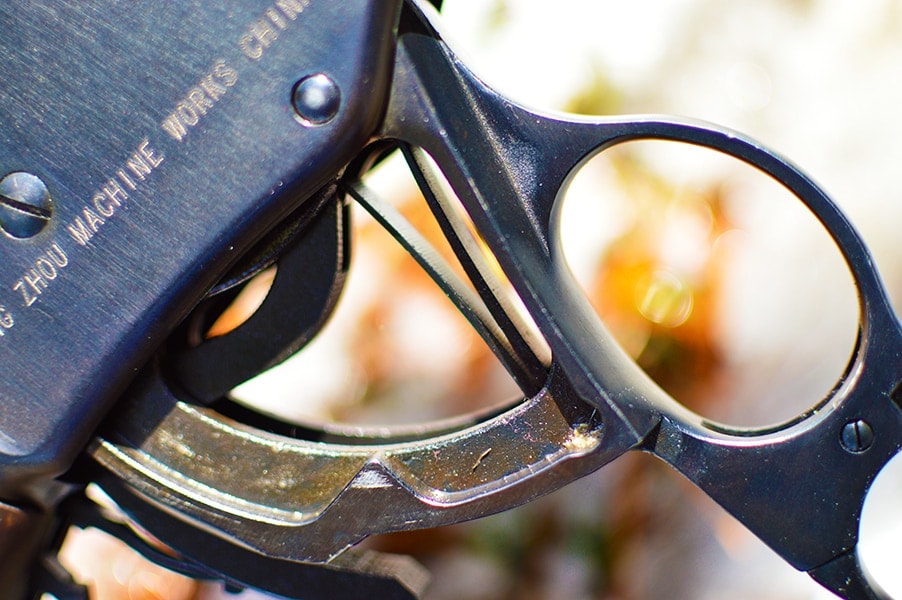 Despite outward appearances, lever-action weapons are internally complex. Working the lever rearwards extracts a spent round and pulls another round from the magazine tube, cocking the hammer. Pushing the lever forward and home, chambers the fresh round and closes the action. This sounds fairly simple, but as anyone who has ever shot an older Winchester lever gun can attest, the devil is in the details.

With so many surfaces bearing on each other, all controlled by human power, any burs or rough edges can cause shooter hesitation and potentially jam the shotgun. Guns with thousands of rounds through them are undoubtedly broken-in and the user can charge the action as slow or fast as their arms allow with no adverse effects. Unfortunately, this PW87 has two strikes against it already, the gun is new and the action has very little internal polishing, if any.

This means that initially, the PW87’s lever requires Herculean strength to work. Combined with its lack of checkering you might accidently throw the gun down range if you try to rack it with too much enthusiasm. Thankfully, after the first 250 rounds of ammo cycled through the test PW87, the action smoothed out enough to keep the weapon shouldered while working the lever.

Not for the delicate

I love cowboy guns so I stuck with the PW87 even though the break in period caused my biceps to ache for three days. Who doesn’t love feeling like an old west bounty hunter with your trusty scatter-gun? In my pursuit of this nostalgic shotgun, I decided to run the gun hard and see how fast I could load under pressure. At first, loading the PW87 was a pain. The mag tube is located under the barrel like a traditional shotgun, but the loading gate is also the bolt, which is on top of the gun. To refresh the magazine the shooter must open the lever, reach into the pitch-black receiver and shove shells past an array of dangerously sharp internals to the relative safety of the loading tube. I gouged my hands about a dozen times before getting the hang of it. Word to the wise, wear gloves until you get better at it, nature’s gloves (calluses) aren’t nearly as cool as they sound.

More than just an ugly face. 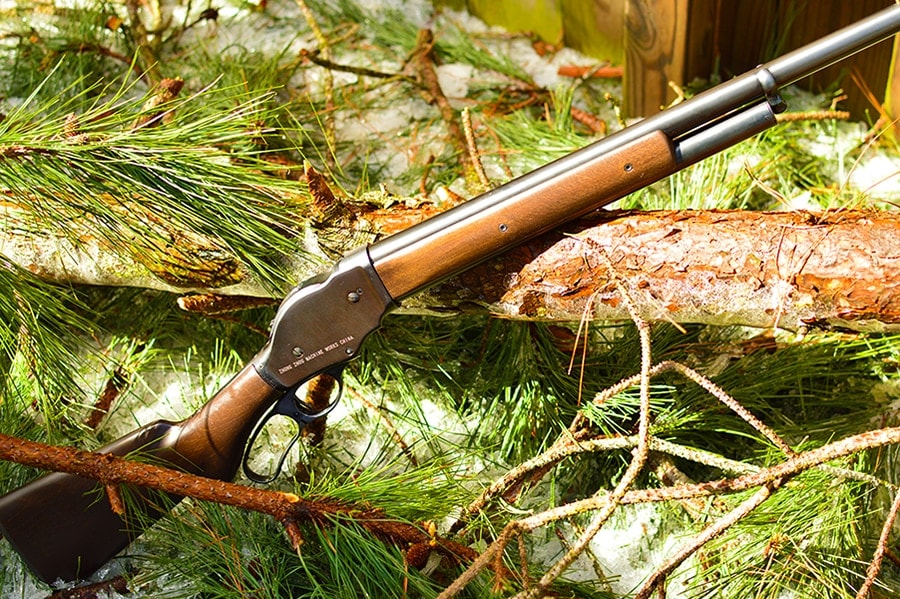 In terms of fit and finish the PW87 bats a 500. The fit is rough, but the finish is excellent for the price. The furniture of the PW87 doesn’t feature any checkering, which can make for a slippery shotgun. Make sure gripping surfaces are clean of all excess oil before loading up, or invest in a checkering kit and cradle from Brownells.

Accuracy from the PW87 is exactly what you’d expect from a short, smooth-barreled shotgun: anything within 25 yards will be unhappy (read:dead) after the trigger is pulled. The PW87 feels so short you’ll sweat when you drive past the local police department, even though it has a 20 inch barrel and meets the Federal guidelines for overall length (OAL). The combination of short length and light weight makes the PW-87 an excellent home defense weapon, especially for smaller homes. With the added bonus of not looking “too scary” in the courtroom, should you have to defend your actions to a dozen of your peers.

With a capacity of 4+1, the PW87 offers more capacity than similarly sized pump-guns, with the added bonus of a balanced center of gravity due to the heavy, compact receiver. Before you lean this nostalgic scatter-gun against the bureau by your bed, shoot it – a lot. The lever-action can be tricky to work and the gun requires a couple hundred rounds to break in, not to mention its  ammo sensitivity. The time to determine those new 00 Buck, zombie-shredding rounds don’t extract isn’t when three home invaders are going boots first through your front door, it’s at the range.

Despite the shortcomings of the PW87, nothing else in its price range exists. Similar offerings from Uberti, Chiappa and Winchester range from $800 to $2000. If you’ve always wanted an 1887 lever-action shotgun and never had the dough for an original, the PW87 (with some work) is the ideal shotgun for you, just be ready to work out some kinks.