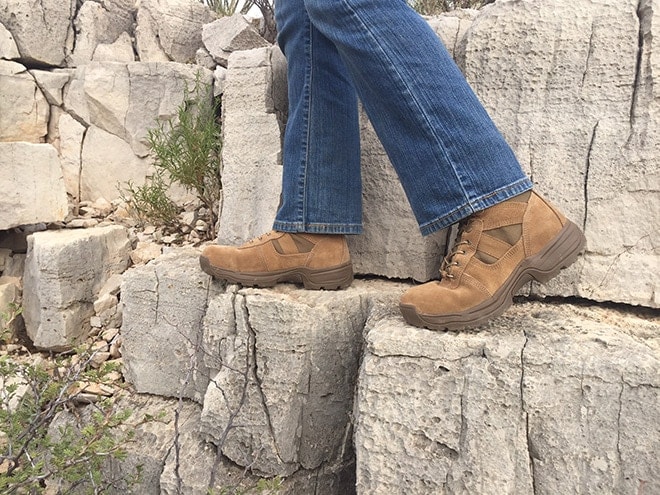 The Propper company recently brought a number of new products to the civilian market. In this pun-prone installment, some Propper Series 100 boots were put through their paces. To top it off, I wore the company’s Summerweight cap for much of the experience.

Summertime travels found me training, toiling, and trekking through four southwestern states. The boots were subjected to 100-plus degree heat, 11 hour days, and challenging terrain. 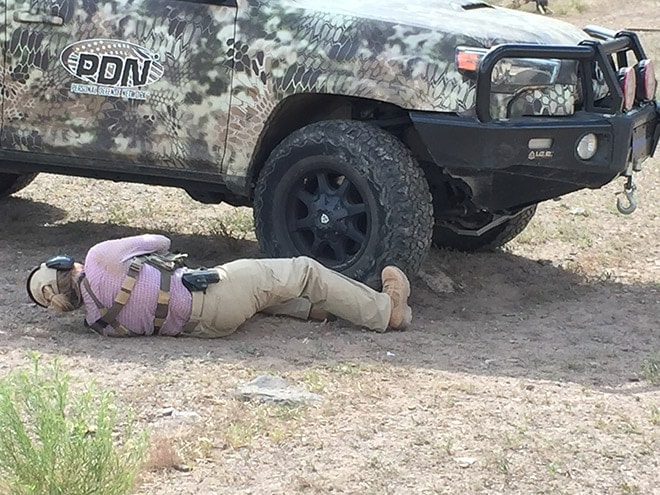 When the boots arrived, I looked at the thin, round nylon laces and assumed I’d have to replace them for regular wear. Round laces have been something of a nemesis on my running shoes, often coming undone despite using fancy knots gleaned from the internet. Well, you know what they say about assumptions. Though I’ve stopped at times to tighten the lacing, it’s not once come undone, whether tied with a big double bow or crossed and wrapped around the leg before tying. Thin though they are, the laces have surprised me by not constricting or fraying.

The uppers have metal loop eyelets from the ankles up. Propper says it’s a NATO speed lacing system. The eyelets make room for quick loosening of the laces for removing the boots. Tightening is likewise fast and easy, so much so that it’s necessary to keep tension on the laces until they’re tied, else they loosen on their own. It’s a small price to pay for speed, especially when considering these as duty gear. 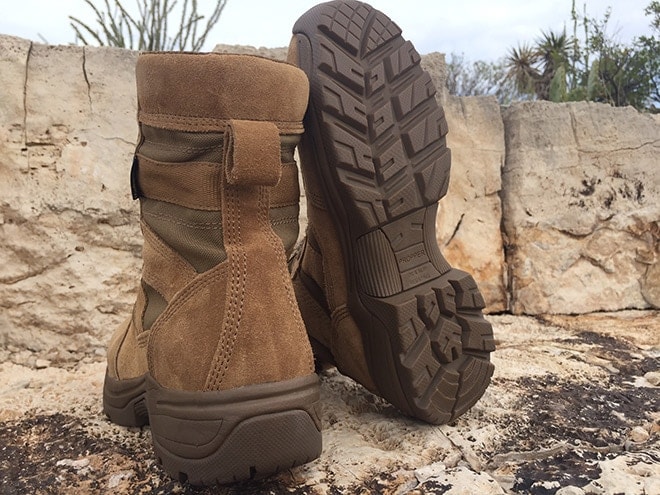 Traction is good and what one expects from a boot. (Photo: Team HB)

The uppers are very soft, bordering on floppy, from ankle to top. Ankle support is gained from snug lacing and not the boot itself. The breathable tops, laced for support, turned out to be perfect for summertime action that requires ankle protection. The cuffs are padded just enough to prevent the laces from rubbing, but not so puffy as to create a bulge under pantlegs.

On the back, there’s a loop to help pull the boots on.  It’s positioned well below the cuff, at a just-right height for maximum leverage. The loops are roomy and it’s never a struggle to slip a finger through. 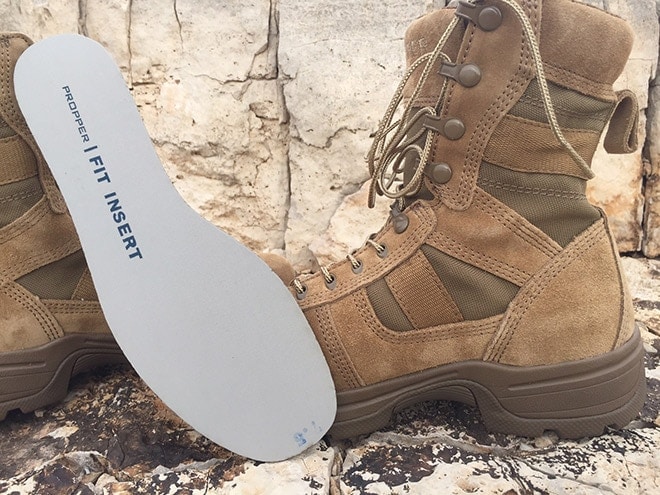 A pair of foam insoles is included. (Photo: Team HB)

Foam insole inserts are included in the box. As the boots are a tad long for my feet, I installed the pads on the first wearing and they remain there now. They stay put so well that I’d forgotten them until writing this article.

As for the soles, their traction is what one should expect from boots. On smooth and slanted rock surfaces, they offer stability. On loose, pebbly footing, they don’t slip. The soles are thick enough to prevent impingement when treading on sharp objects. Post-campfire, I ground a few glowing embers into the dirt, with no palpable heat transfer. Sole flexibility is moderate. Propper says they’re oil-resistant, too. 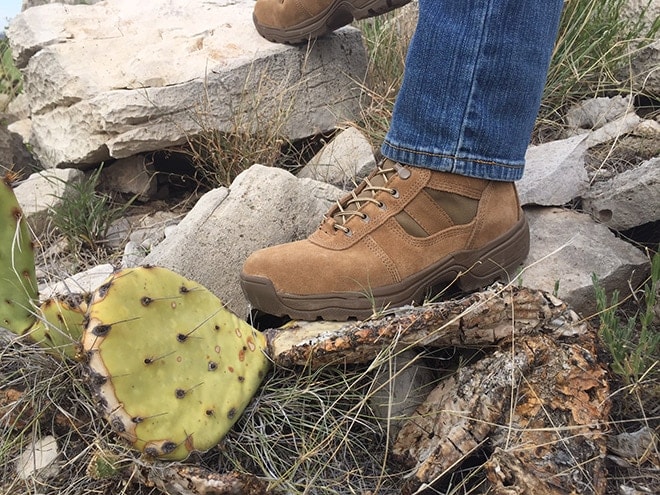 Cactile penetration was never a problem in the test. (Photo: Team HB)

These are men’s boots. If it’s not obvious by now, I am not a man. In most realms of active living, it’s not unusual to find women who choose menswear for practical reasons. It’s not easy finding women’s tactical boots that aren’t black — an ill-advised color in any hot, sunny climate. Men’s footwear often fits my bunion feet, too. With these boots and most other men’s footwear, good quality, thick-bottomed socks are a necessity to compensate for the slightly longer profile and prevent heel slippage. With good socks and lacing, these boots are my preference over any women’s model I’ve worn.

Speaking of socks and comfort, it was a pleasant surprise to see the sweat pattern on dark-colored socks after a hike of more than 6 miles, over ground so hot that momentary contact is all that was tolerable to bare hands.  Only the tops of my wool-blend socks were wet with sweat. 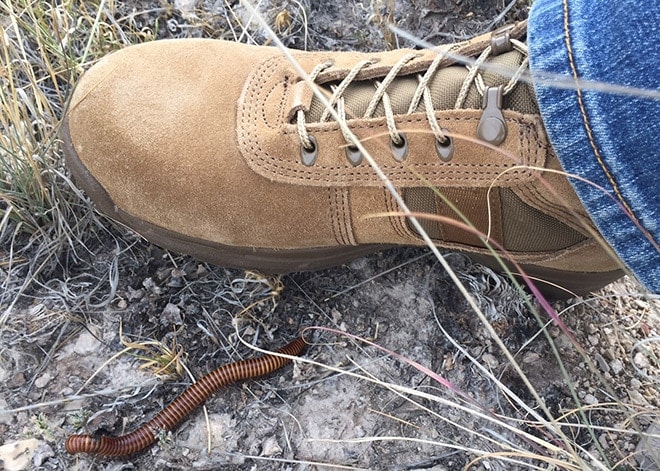 Propper has shown mastery of the use of performance materials in these boots. They make a proper choice for range, duty, work, and hiking at $109.99.

Much of this testing was done at altitudes above 6,000 feet, where sun protection for eyes and skin is advisable. My head was usually Propper-ly covered with the Summerweight cap. Its lightweight, breathable fabric minimized sweat. The hat is a bit deeply cut for my 7-1/8 size head, and set down over the top of my ears — not a bad thing under the test conditions.  The brim is curved from the start, and can be made more so if one prefers. 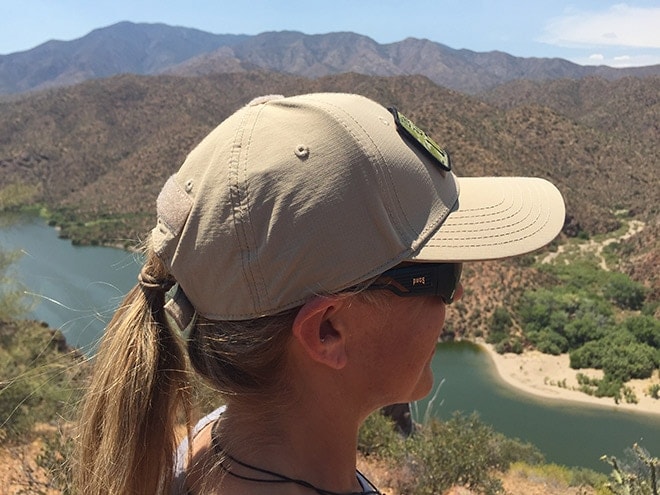 Generous helpings of loop material make this cap customizable for department use or self-expression. There’s a patch of material front and center, across the back, and top and center. If anyone has ideas on how to use the latter, I’d like to hear them. The Kestrel wind-o-meter is a little big to put up there. This crisp, summer-weight cap coordinates with Propper’s other summer wear, and can be purchased for $14.99.

Stay tuned; more Propper wear was put to the test in the great Southwest.