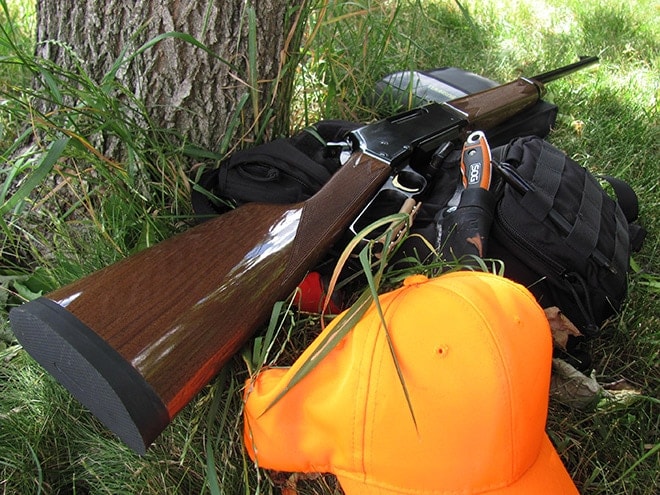 I like lever-action guns and you probably do, too. But not many people seem to use them. This is largely because the things that make lever-action firearms fun and appealing—the manual operation, old-school cartridges, nostalgia—often run up against more practical considerations that modern firearm designs have addressed.  A limited appeal leaves lever-action rifles in specialist territory, however, Browning has made a serious effort to fix problems inherent with the lever-action rifle with their Browning Lever Rifle (BLR). It’s a thoroughly modern take on old-school cool, so for this review, I’ll be taking a look at the BLR in the very popular .223 Remington. 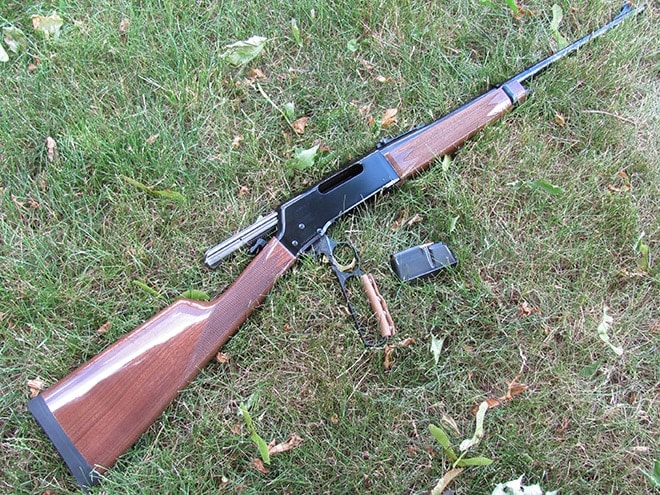 The BLR is an oddity. It’s a lever-action rifle that uses a rack and pinion system instead of the standard toggle-link in most lever rifles. This allows it feed from a magazine instead of using a claw and elevator to draw rounds from a tube and, consequently, opens up use of common, popular cartridges with spitzer bullets. The guts of the gun are nothing like the Winchester of old and because of this, externally, it looks a bit funny. The rear receiver is rounded and smooth with a right-sided ejection port and a magazine well and release on the bottom.

The .223 BLR is the smallest rifle in it’s production family. My example weighs in at a solid 6.5 pounds and measures 40” overall, with a 20” barrel and a 13 3/4” length of pull. Models chambered in other calibers have slightly differing statistics, but their internals are all similar and function is identical. 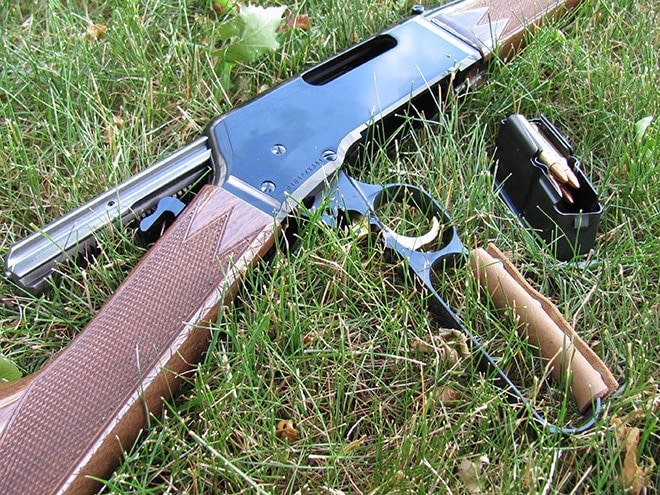 Speaking of function, the BLR’s lever is another departure from the classics. Cranking it moves the actual trigger and trigger guard assembly along with the lever, so it looks bizarre. It also features an external hammer with an interesting positional safety; by articulating the top of the hammer, you can lock the firing mechanism and render the gun safe. This is a replacement of the traditional half-cock position of most lever guns. Also, atop the receiver you get a set adjustable low-profile sights with a standard bead sight on the barrel. 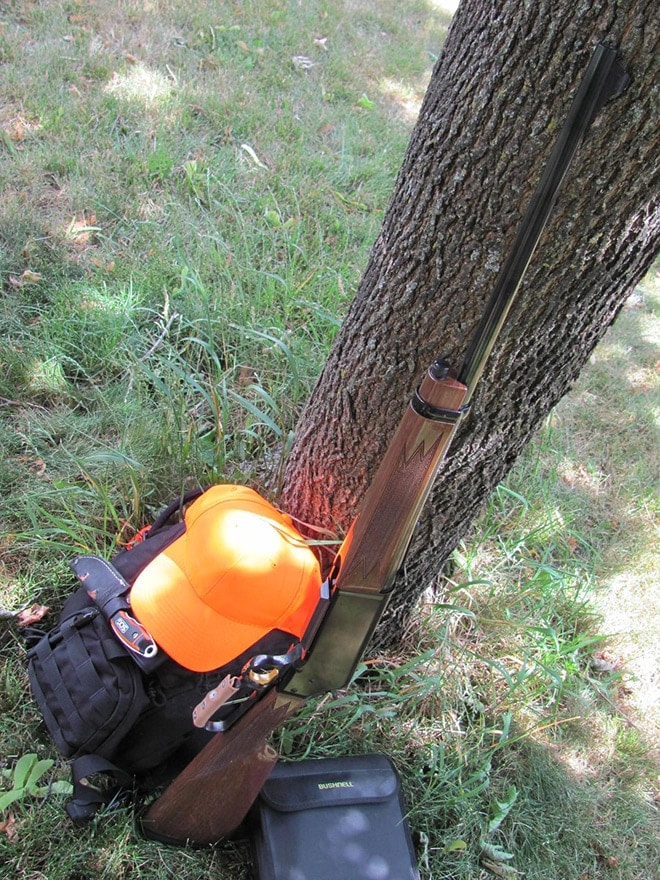 The BLR out of the box and leaned up against a tree. (Photo: Andy C)

Out of the box, the BLR’s quality is apparent though, as mentioned, aesthetically I think the gun looks weird because of it’s shape. The very straight forearm combined with the minimal dip of the stock to the real makes it look like a traditional auto-loading rifle somebody decided to paste a handle on to. Add the oddball rounded rear receiver and the result is just strange, though it’s not ugly. The craftsmanship is absolutely there.  The wood is finished to a nice gloss and mates up with the receiver perfectly. The metal receives either a dark reflective blue, a very blingy gold or a polished silver.  The forearm’s checkering pattern helps out with gripping the gun.

There are some marks against the BLR, out of the box, as well: one is that it doesn’t include sling studs. I’ve yet to see a Browning that does, but it strikes me as a bit rich that, for the price tag, they can’t install them from the factory, or at least include the hardware for you to install them yourself. For a field-use gun like this, a sling is essential. 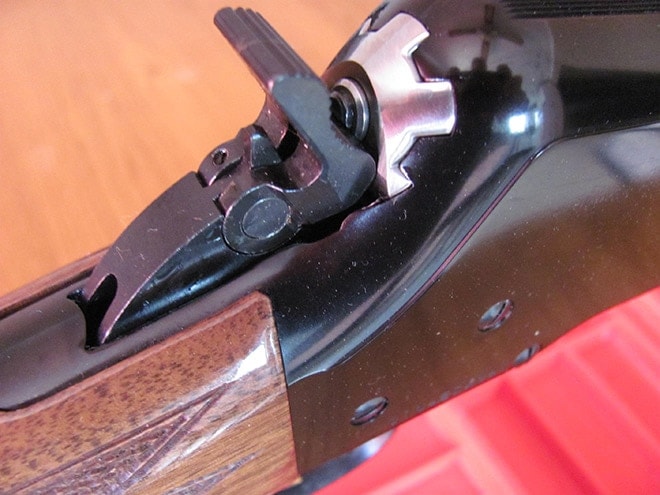 A more significant gripe is that it only comes with one magazine. It’s a fine magazine, but an extremely expensive one, with spares ringing up at $60 USD apiece! Hopefully you don’t lose it in the bush. I almost did once, as a stick caught in the rounded magazine release lever’s indentation and dropped the mag out. Luckily, I heard it fall, but this is why I prefer mag releases that are covered, in different areas, or my personal favorite, no magazine at all.

Despite those critiques, my overall impression of the rifle out of the box is pretty favorable. It’s a very refined barebones machine, but a rifle is no good as a thought experiment. How does all this modernization translate in use? 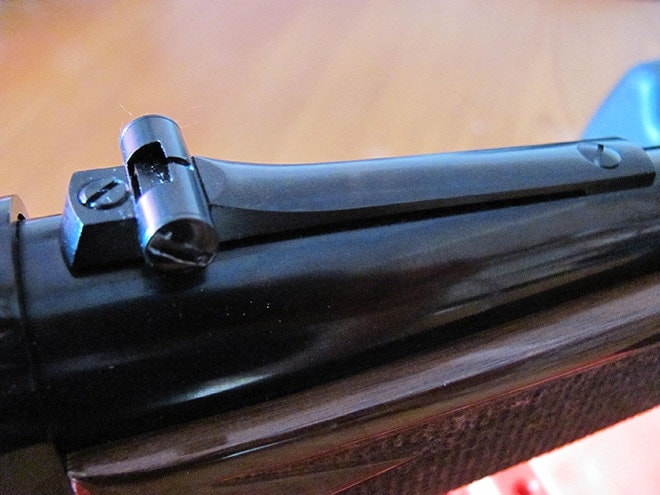 In operation, the BLR works quite well. The safety is intuitive. The lever is a bit stiff initially, but that can quickly be overcome by a combination of use and lube. It will never feel as effortless as a Marlin or a Winchester, but that’s mostly a product of the geometry of the swing of the lever. You can feel it engage the rack and pinion and slide the next round into position. It’s very tactile which has its advantages. The magazine has also never failed to feed a round in my experience.

The sights are nothing to write home about. It would have been a wonderful move to include some nicer sights from the factory, but this is the industry standard. 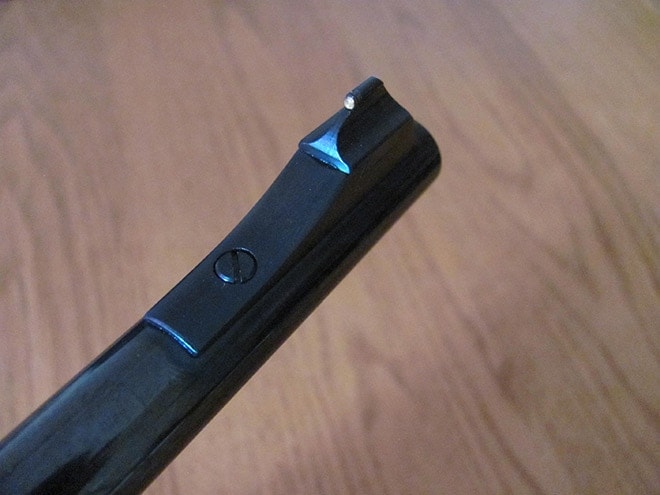 When actually shooting, the BLR exhibits outstanding accuracy, providing groups hovering just over an inch when fired with quality ammunition or well-crafted handloads. The thin barrel heats up quickly with any manner of sustained fire, and the accuracy is very noticeably reduced by this, but for true precision work like coyote hunting, volume of fire isn’t much of a concern. In the accuracy column, the BLR gets top marks.

Given it’s weight, it also absorbs the .223 recoil nicely. The gun is easy to shoot, and occupies a good niche for plinkers, bridging the gap between rimfire rounds and the beefier .30-30. It’s also a lot cheaper!

From a mechanical standpoint, I never had any issues with the BLR. It’s performance has been outstanding.

My BLR has seen use in two traditional lever-action pastimes: plinking and hunting. There is of course one other use lever rifles have been historically pressed into and are sometimes still used for — self-defense — but I don’t think Browning had that in mind given the BLRs limited capacity and expensive magazines. I’ll let that slide and we’ll assume the BLR is for pleasure pursuits.

As a plinker, while the BLR is a very nice rifle, I don’t know how optimal it is for this hobby. It shoots great, but to shoot properly you really will need to let the barrel cool down between successive shots. The four-round factory magazine (plus one in the chamber) kind of helps to control your rate of fire, but also puts a chill on the fun. A huge plus for the gun though is it’s ammunition. The .223 round is currently cheap, makes lots of noise and is plenty accurate for plinking. You can take this BLR and an AR out for a great day of shooting and get two very different experiences out of the same ammo without going broke. 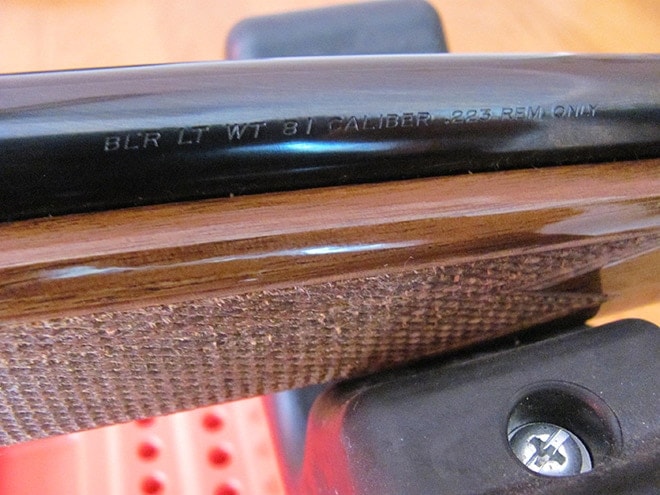 On the other hand, there are rifles on the market in the AR and bolt action platforms that are just as much fun and cost enough less that you can still afford a decent optic. if you want a fun lever gun, the pistol-caliber offerings are top shelf plinkers that feel more traditional and will also save you major green (and they tend to hold more rounds). So, for informal shooting fun, the BLR is a good rifle, but not great. It wouldn’t be my first choice.

For hunting, the BLR is in a funny spot. While the BLR addresses a lot of the traditional gripes against lever guns, hunters have already addressed a lot of these gripes by simply pairing lever guns to the right setting — close-in bush hunting. I love using lever guns in thick forest because they’re light, fast, and I don’t risk losing a magazine by accident. In this regard, the BLR actually negates some of the traits I like about lever guns for hunting, specifically it’s length, weight, and magazine feed. It makes a fine varmint or tree stand rifle, but in those cases, you can get an equally-excellent bolt action rifle for much less money. This isn’t to say the BLR can’t do those things well—it absolutely can and does. The issue is that it’s offering an answer to a question that already has a myriad of great answers.

The Browning BLR is an exceptional piece of work that does what it’s designed to do; retain the lever action manual of arms and shoot spitzer bullets really well. It’s superbly constructed, fun to shoot, and instills pride of ownership. The issue is it’s an oddity trying to fill roles other guns already have locked up at a non-specialist price. The BLR is elbowing its way into a crowded market and settling into a very small niche; a rifle for people who want lever-action operation, but more common rifle rounds, and are willing to pay a premium for it. If you fit into that category (like I do), this is clearly the best choice on the market.