The 17 HMR round has been out for a while, since 2002 in fact. I have never paid the little round any mind until now. Inevitably, my caliber curiosity brought me back to the round.  As I researched for rifles chambered for it, I was quick to realize it was mostly an assortment of mostly bolt action rifles meant specifically for medium-range varmint hunting. But I had to be different. And that is what lead me to the Henry Varmint Express–a 19th century style of rifle chambering 17 HMR, a 21st century cartridge.

While Henry Repeating has a few different lever guns available in 17 HMR, the Varmint Express has a few tweaks that make it different, yet miles different than the competition’s bolt guns and single-shots. 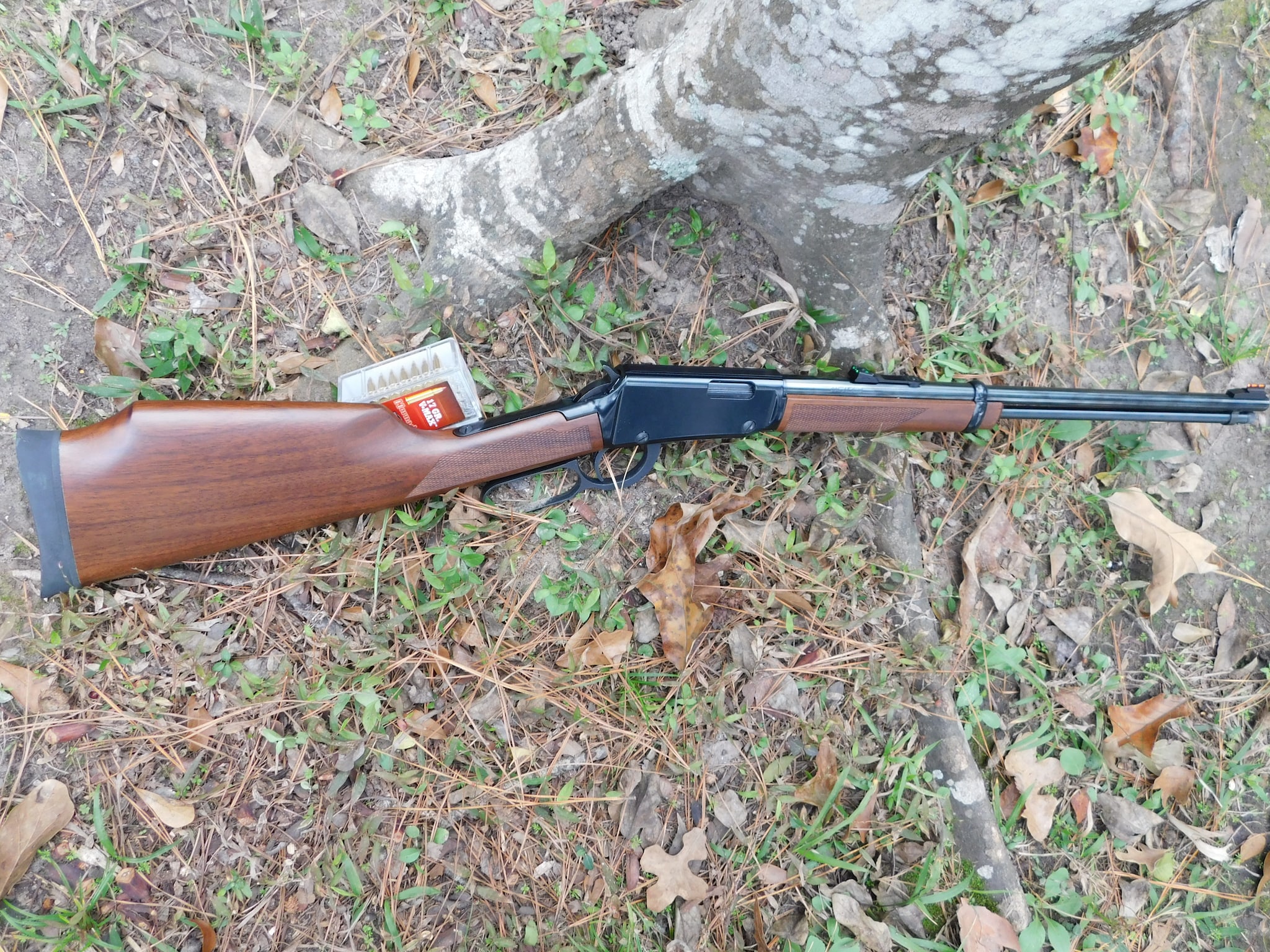 The Varmint Express is aesthetically, a traditional looking lever action rifle with a walnut stock, aggressive checkering on the straight grip and fore end, and a thick blued twenty inch barrel. The tubular magazine holds twelve rounds of ammunition.  The lever action mechanism is housed in the same alloy receiver that forms the basis of Henry’s famous Golden Boy series. Toward the rear, the gun has a higher comb than the typical Henry rifle and a thick rubber butt pad.

Instead of traditional iron sights, the Varmint Express comes with the standard 3/8 inch receiver dovetail for optics and William Fire Sights–a fiber optic set of sights that consist of a green rear sight and a red front post. 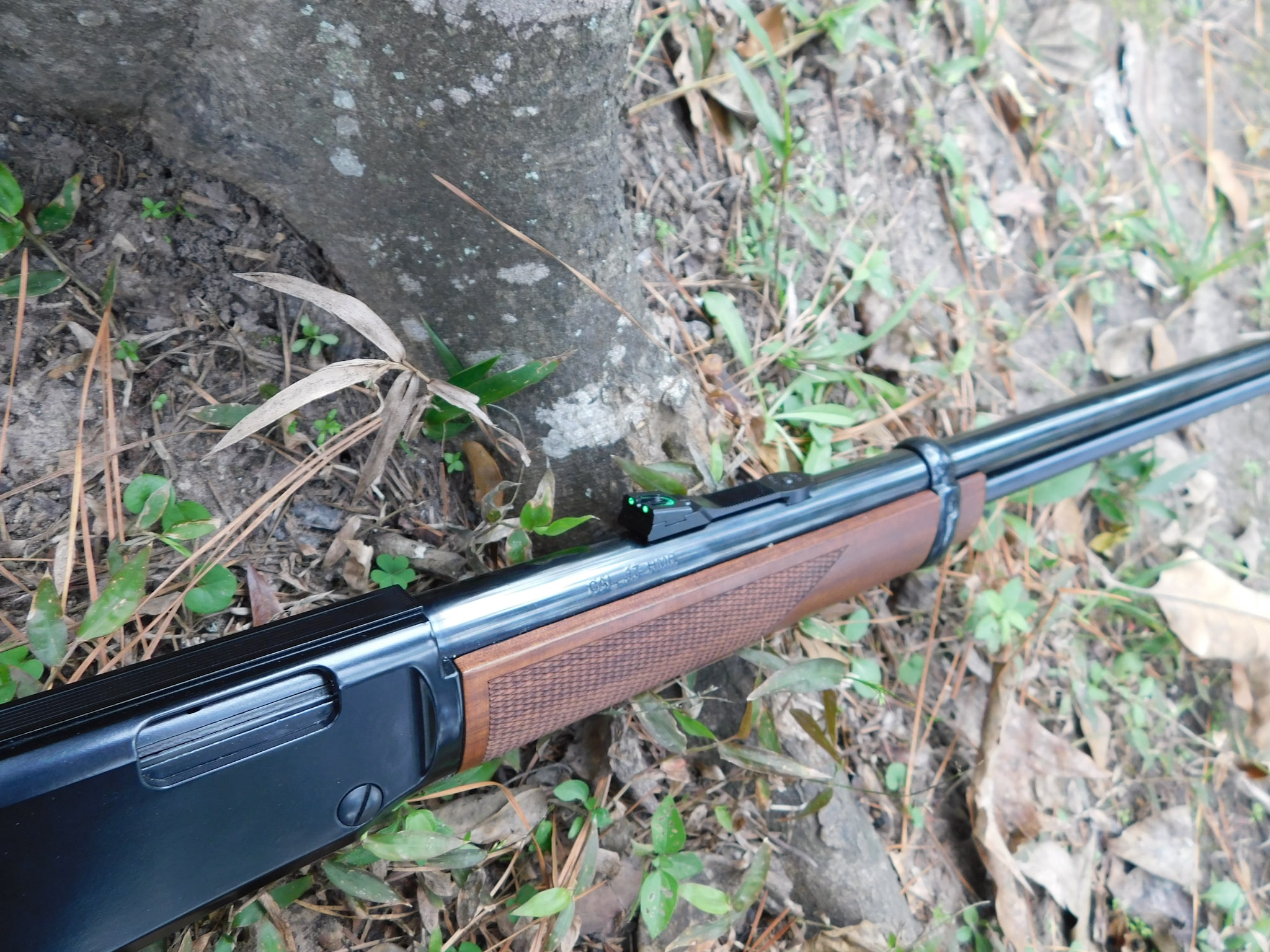 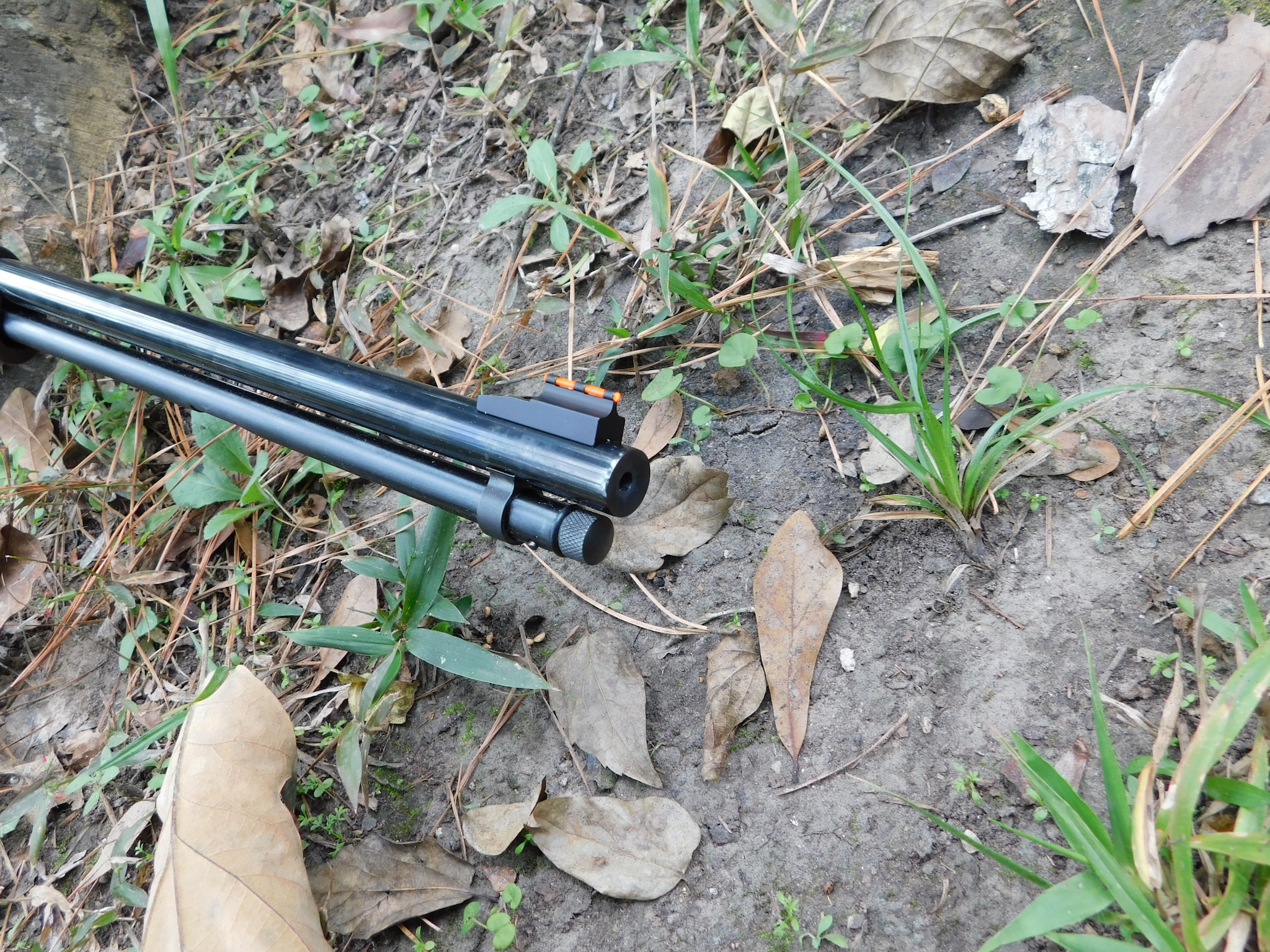 The 17 HMR cartridge that the rifle fires has a lot of mystique around it. It sports a 17-20 grain bullet traveling at over 2,500 feet per second. The round is based on the 22 Magnum cartridge and uses a .172 inch bullet. This small, lightweight bullet uses sheer velocity to get the job done as it boasts a 1000 fps velocity advantage over the best 22 LR rounds. Over the ever popular 22 LR, the 17 is noted for a flatter trajectory and overall higher energy and is meant specifically for varmint hunting. 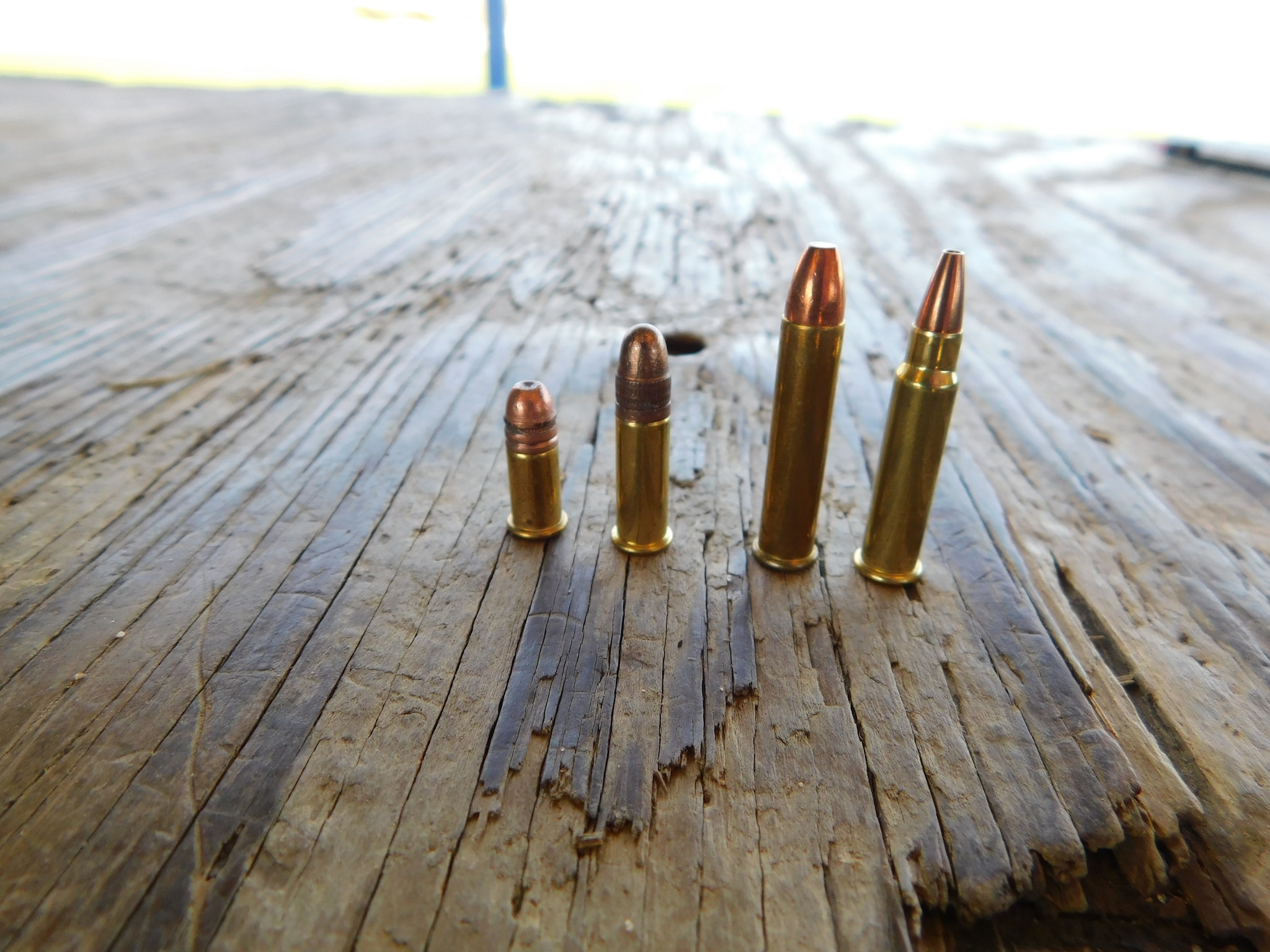 Upon first inspection of the Henry Varmint Express looked to me like a run of the mill lever gun from Henry. Extremely well fitted with no inlaying gaps between wood and steel without any flaws in the overall workmanship. The oiled walnut stock commanded authority when I held the rifle as I felt it stay in my grip with the well placed and well executed checkering. Despite the traditional look, the rifle was light and handy at just under six pounds.  This traditional look is offset by those newfangled fiber optic sights.

Knowing the praise poured on the 17 HMR round for being a powerful, yet flat shooting rim-fire cartridge, I was eager to load up for a test run. But I also heard much about the round’s supposed disadvantages too. I had to keep an open mind.  So I assembled my usual three hundred rounds of ammunition and headed out to the range, uncertain as to what to expect.

I set up from the bench at twenty-five yards to simply get the rifle on paper, not knowing if the sights were right on from the factory.

Loading the Varmint Express was convenient, though using hands numbed by the cold made it feel a bit more awkward. The magazine tube spring is removed and the cartridges are dropped into the loading port. It only took slightly more effort to push the spring home, however, and did not hinder shooting in the least. 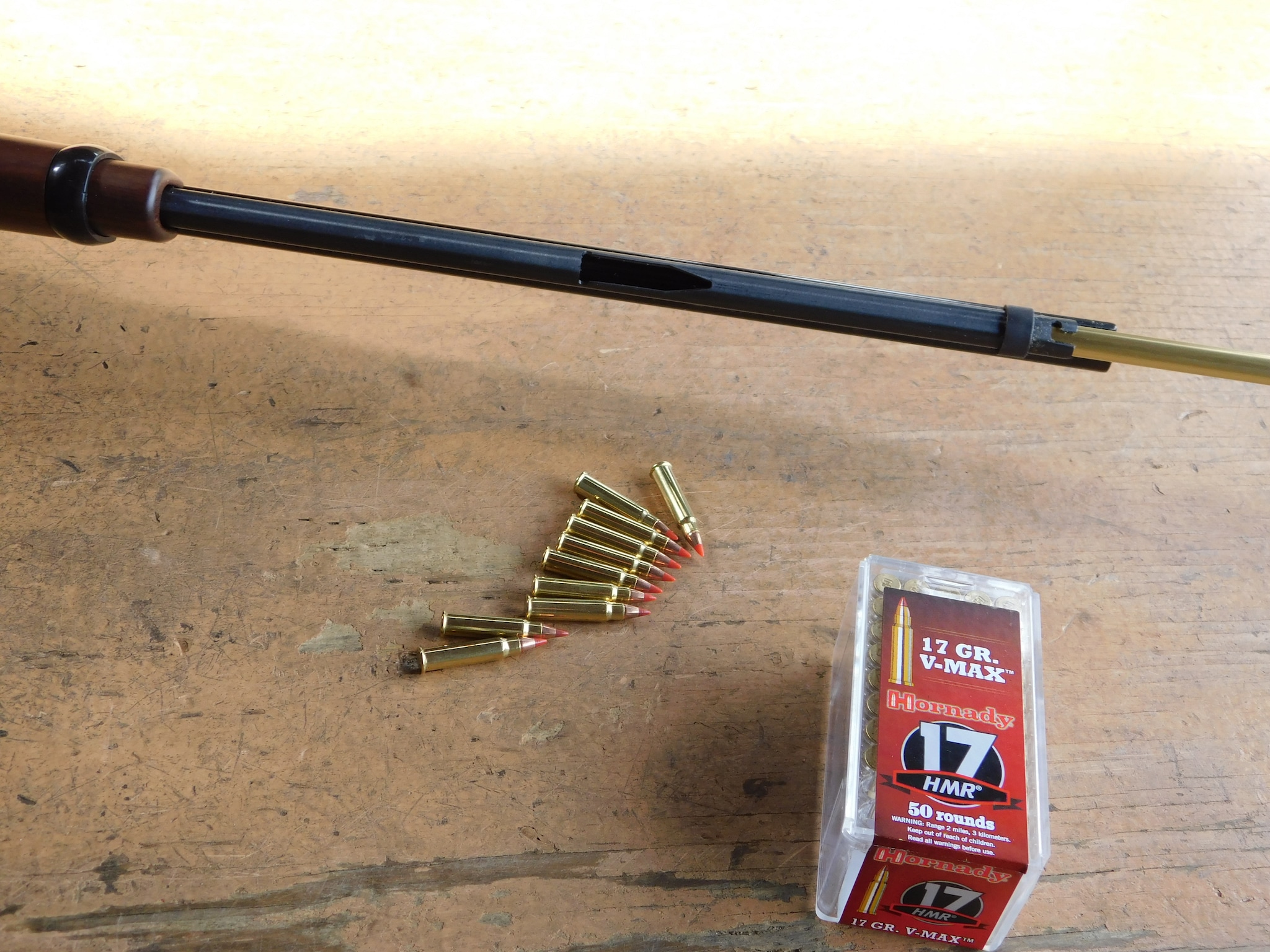 The gun shouldered instinctively and the high comb of the stock rested my cheek higher for comfortable and immediate use of the sights. Firing the rifle was pleasant, as there was no recoil once or ever, but the report was noticeably louder than a 22 LR or even a 22 Magnum rifle. The rifle cycled with a quick flick of the wrist down and briskly ejected cases, even when being deliberately slow. The rifle chambered the little bottlenecked cartridges reliably too.

The sights are somewhat blocky. However, they shined during the dreary test days and I could reliably put  five shots into a 2 inch group at fifty yards with each type of ammunition. 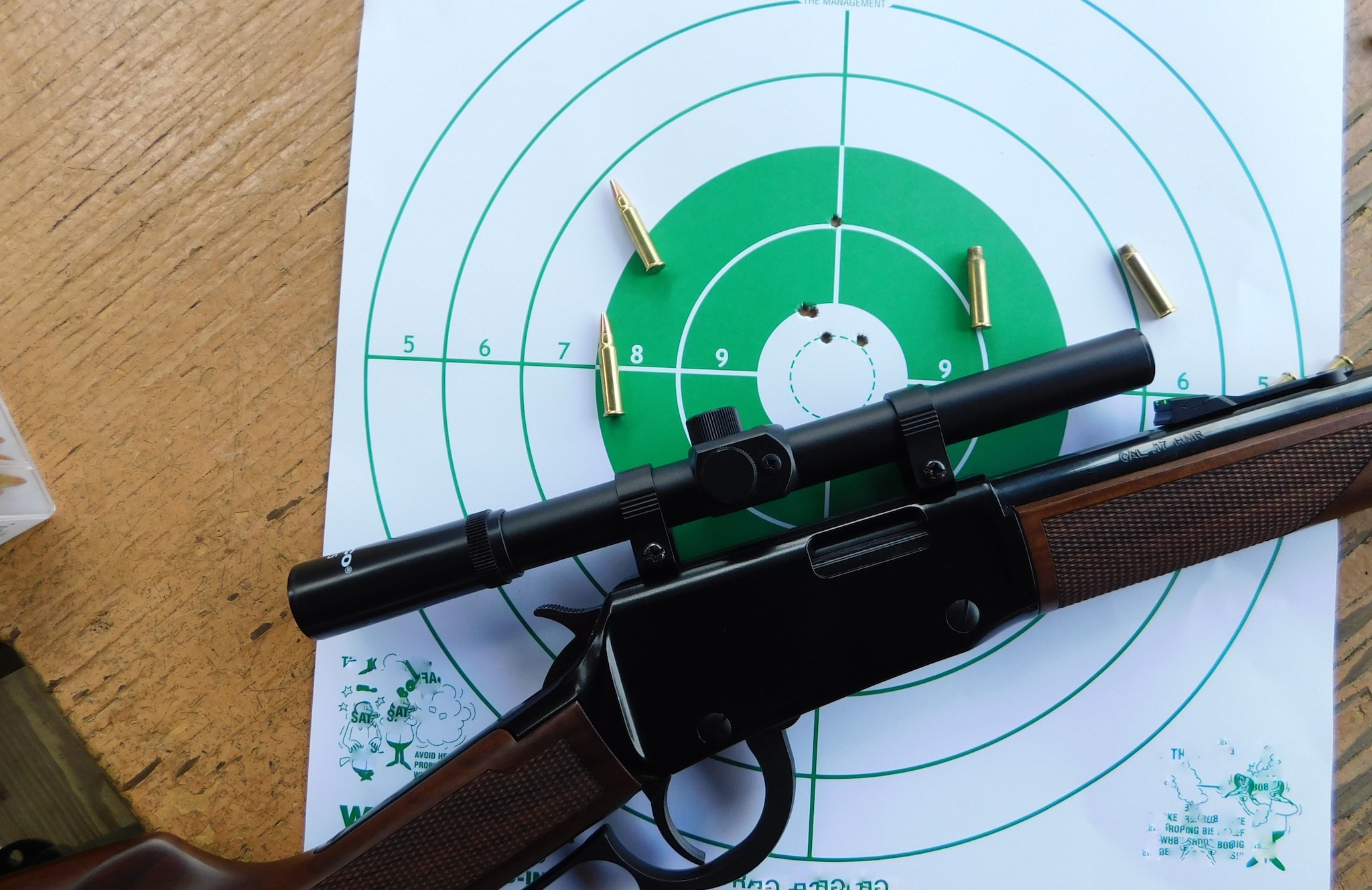 In general, I go through a rapid firing and loading test to burn up ammunition to get an idea of general reliability. However, with the Varmint Express, I spent most of my time trying to coax the best groups out of the rifle.

Knowing the 17 HMR was not a 50 yard cartridge, I decided to top it with my pet scope, an inexpensive Tasco 4×15. It is generally low powered, but quite reliable in my experience and it slides onto the 3/8 inch dovetail on the Henry’s receiver like it is made for it. I fired the rifle from the bench at 100 yards with the goal of getting as tight of a group as possible.

The 17 HMR has a number of advantages and it was clear to see. At fifty yards with the iron sights alone, it gave somewhat better performance than the Henry Long Barrel in 22 LR that I brought along. It was windy and that faster round flew straighter. That was only fifty yards, however.

Could I get respectable accuracy further out?  There are a lot of 17 HMR bolt guns on the market that are downright stellar in the accuracy department.

I found the CCI 17 grain HP and Hornady V-Max to be of about equal accuracy while shooting from the bench with the optic. During a pair of freezing, wet days they both turned in decent 2-3 inch groups at 100 yards. Respectable, but perhaps not good enough to take a chipmunk’s head off reliably. Out of each five-shot group, there was always one flier, which I blame more on the optic than the rifle. Under better conditions, I managed to coax the CCI pills into a 1.2 inch group at the same distance. Good enough to solve your pest control problem? You be the judge. 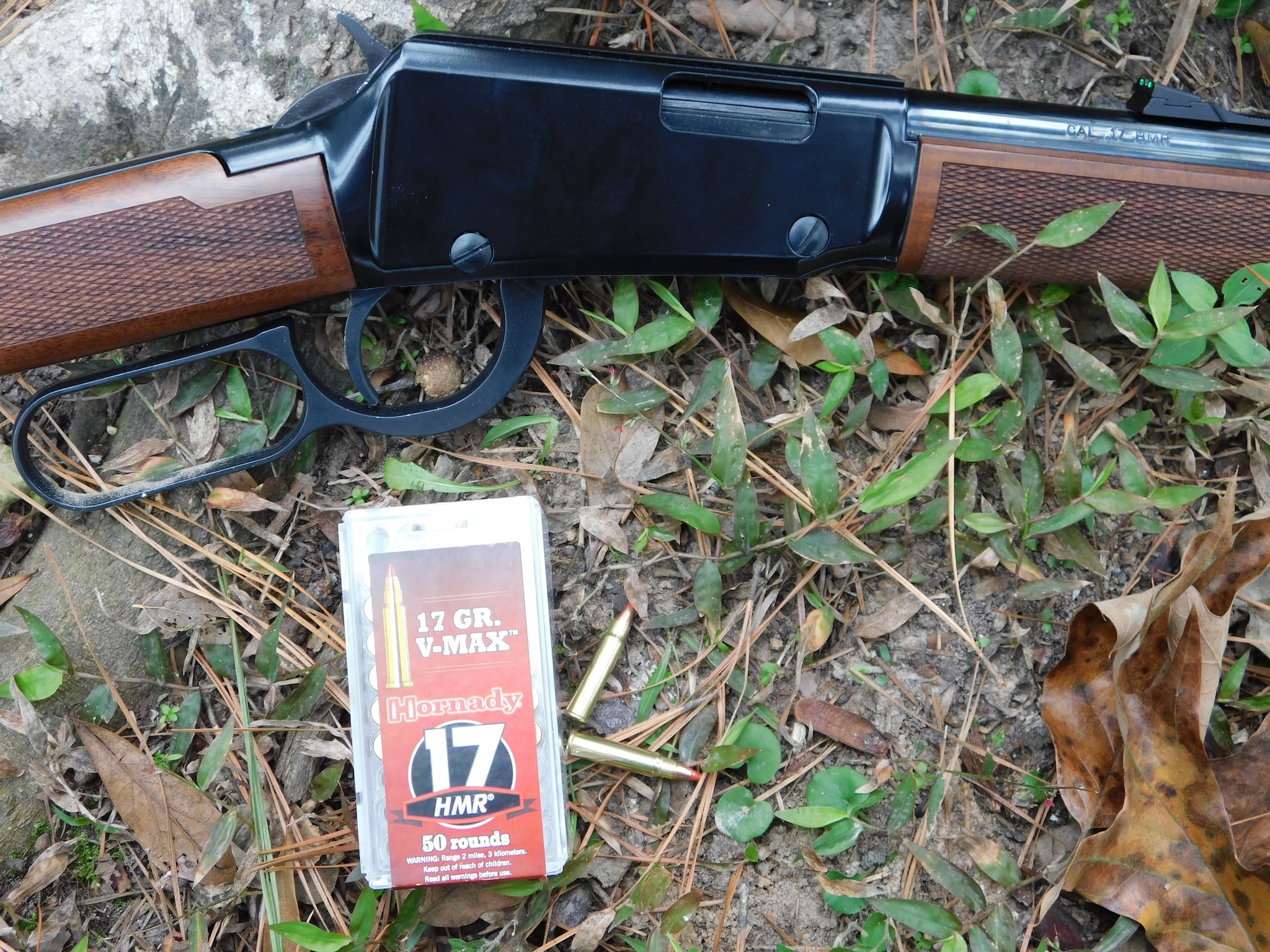 The Varmint Express is a winner in the accuracy department with a steady hand. The rifle is swift and instinctive to operate and comfortable to aim. That higher combed stock will line your eye right on the iron sights or the scope of your choice with no need to adjust your position. It is easy to carry and balance, despite that Henry’s lack of sling swivels will always be a pet peeve of mine. It feels secure in hand and delivers good iron sight accuracy for close range work, even on those dim, stormy days and the 17 HMR bucked the wind very well. I never cleaned the rifle during the test, yet I lost no accuracy. One of the apparent problems with the little round is how easily the small bore fouls with crud from repeated shooting.

Between rapid shooting and bench shooting from 25 out to 100 yards, the rifle had no issues. All rounds fired went off from the very first hammer blow and they loaded and ejected in a hurry.

The 17 HMR round has its merits and demerits and I certainly am not out to prove or disprove anything. What I do know is that the Henry Varmint Express shoots them well and it certainly does so with class.