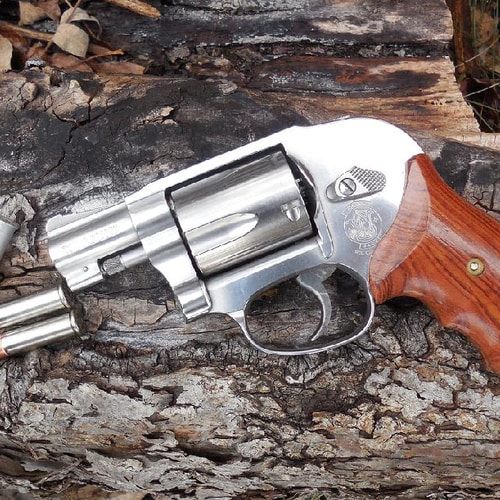 The compact snub nosed revolver market has been dominated by Smith & Wesson ever since they introduced the J-frame .38 Chiefs Special in 1950. Sure, Colt, Ruger and the others have had their snubbies, but they have come and gone while the J-frame revolvers have been in continuous production, in one form or another, for more than sixty years. 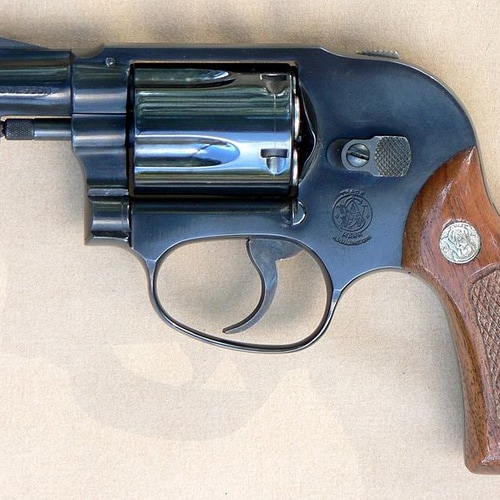 One thing that many concealed carry holders want in a gun — especially a backup or pocket pistol — is something that doesn’t catch on clothing.  Smith & Wesson came up with a solution to this back in 1955 known as the Bodyguard Airweight in .38 Special. What was different, besides the alloy frame, was that this built up frame, steel barrel pistol formed a hump that covered the hammer. A shooter can still use the hammer for single action, but also has a firearm that can be drawn from concealment without worrying about catching on clothing or cocking the weapon. 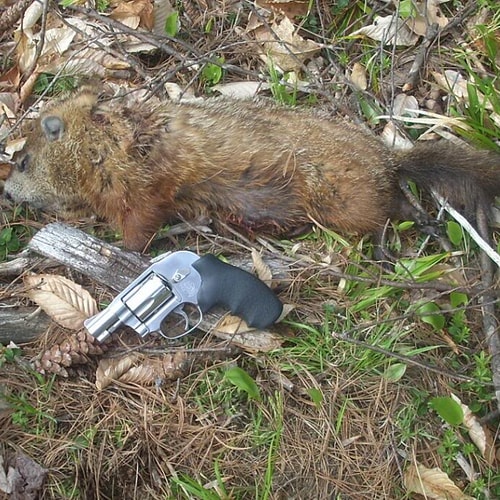 S&W 649 is the bane of all varmint intruders on my homestead. (Photo: David LaPell)

Like the other J-frame .38 Specials the 649 is a five shot revolver. It sports a two inch barrel and fixed sights. The standard Model 649’s were made until 1996, when S&W debuted a version in .357 Magnum. Weighing just twenty ounces it has a slightly larger frame with options for two and one eighth inch barrels. In 1997 Smith & Wesson also introduced a .38 Special + P version that used the new frame but had a shorter 1.875 inch barrel. It was a short lived affair however and only saw production for two years, after which the .38 caliber 649 was canned altogether.

I picked up one of these seldom seen .38 Special +P Model 649’s several of years ago, identified by their designation, 649-4. I had first laid eyes on a S&W Bodyguard revolver back when I was working an overnight job and one of the nightly delivery drivers packed a Model 49. I have owned several Model 36 revolvers, a couple of Colts and I even carried a two inch barrel Model 10 for some time, but the Model 649 makes them all look like they are going in slow motion. 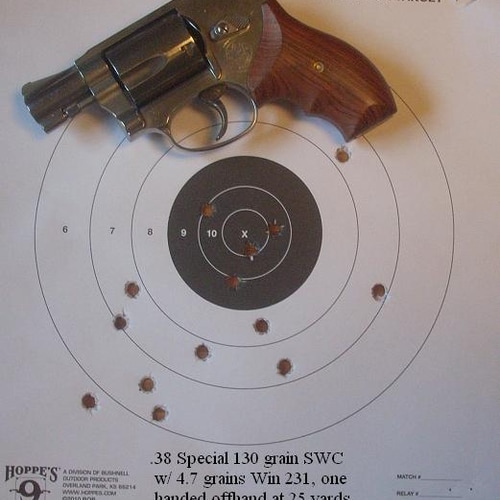 I know many shooters would rather have a double action only revolver like the Model 642, but I have found use for the single action hammer on an occasion or two and would not forgo it.  I carry my Model 649 everywhere, and I do mean everywhere.

One warm summer day I had a close encounter with a large woodchuck that had its eyes on my garden. It had a run in with my 649 instead and, with a well placed 150 grain #358156 hollowpoint bullet, its days of raiding lettuce and swiss chard were over.  Over the winter I found that I had a large red squirrel living in a derelict shed and I was afraid of what it might do to the wiring of my lawn mower and tiller. So one day I quietly crept into the building and caught him unawares — so I delivered a single CCI shotshell that I considered his eviction notice.

I suppose the big question, especially for dedicated carriers, is how is the accuracy of the 649 for those who want to hit anything past a few yards? I have found this gun to be surprisingly accurate for such a short barrel, certainly better than a bad breath distance distance belly gun which is what many think that this weapon is. I have also found that it likes a wide variety of bullets of both the cast and jacketed variety — everything from a 110 grain jacketed hollowpoint to 197 grain cast round nosed bullets that all fit in the cylinder with plenty of room. 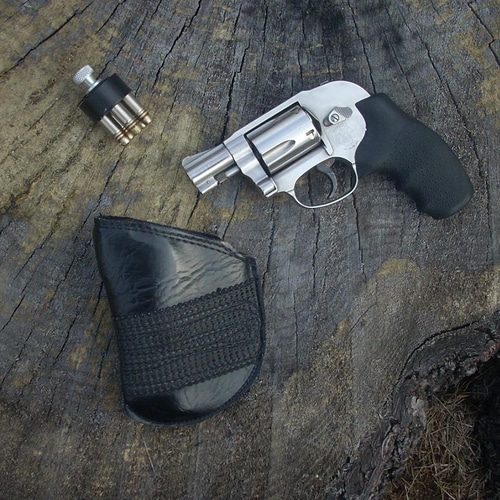 My EDC loadout: a Smith & Wesson Model 649, speedloader, and any comfortable holster I can find that fits. (Photo: David LaPell)

I have tried a variety of grips on the gun andI ditched the original Uncle Mike rubber grips it came with. These didn’t absorb recoil quite as well and they definitely did not lend themselves to concealed carry. I replaced them with a set of Ahrends Bubinga boot grips that provide enough grip with even some of my stouter +P loads.

As far as carrying this gun, more often than not I simply drop it into a second hand pocket holster and it has yet to bind, catch or even threaten to hang up when I take it out. When I am out in the woods however I opt for a Fobus hip holster that carries the little 649 without a hitch, nice and tight. When I take this gun in the woods, I have few worries when I load it with my own 197 grain cast Lyman #358430 with 3.6 grains of Unique. When in more civilized settings I prefer my 125 grain Federal Hydrashoks. All of which perform in the 649 without a problem. 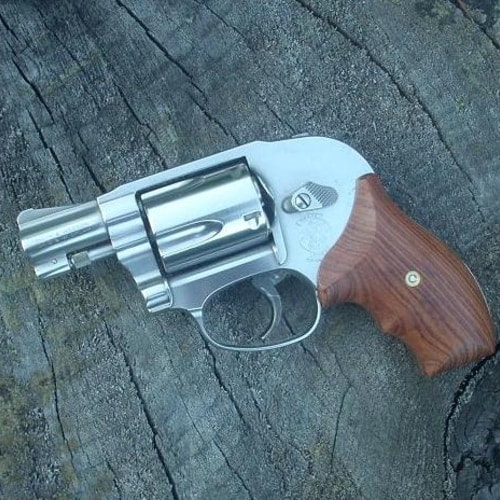 One might wonder, why you would not simply go for the Model 649 in .357 Magnum? Well, you are certainly more likely to find one in that caliber these days, but having shot many .357 Magnums over the years I can tell you that, in a J-frame, a full power .357 Magnum is not exactly the most pleasant experience. And from what I have seen, most people carry those little .357 snubbies with .38 Special loads anyway, so you’re not missing much either way you go.

If you are looking for a little snub nosed .38 Special revolver that you don’t have to worry about concealing, working, or getting all sweaty and dirty (because the stainless finish can be nice and pretty again with just a little cleaning) than this is your gun… but you can’t have this one because I won’t ever get rid of it!