How to handload reduced length 12 gauge shotshells (and why) 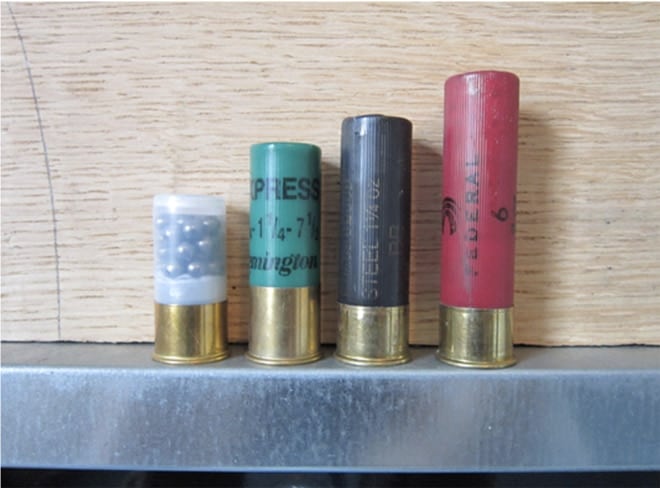 I am not a high volume handloader. Turning my reloading bench into a miniature manufacturing facility where I spend endless hours performing the repetitive tasks needed to churn out hundreds of cartridges or shotshells strikes me more as a kind of punishment than as a relaxing hobby. For me, the appeal of handloading is not the potential to save money on ammo but the fact that I can create custom loads not commonly available on store shelves tailored to my specific shooting purposes.

Sometimes such handloads will be tailored for optimal performance in a particular gun or as specialized ammo suited to a particular task. Sometimes, however, I’ll take on a handloading project for no reason beyond a desire to make something a little unusual.

Such was my motivation when I decided to make up a sample pack of reduced length (2 inch) 12 gauge shotshells. Besides satisfying a curiosity about how these diminutive rounds would pattern, there are essentially three practical reasons for loading reduced length shells.

Whatever your reasons, loading reduced length shotshells is a fairly simple process once you have the proper tools and materials in hand, the most important of which is a source of reliable load data. With a good set of tested data in hand, the handloader can then obtain the specific types of primers, powder, gas seals, and hulls needed for the desired recipe. Remember, substituting components while loading shotshells can be dangerous and should not be done. The basic steps to making reduced length shotshells are as follows:

If using a recycled hull, resize, de-cap, and re-prime the brass using a reloading press. This step can be performed before or after trimming the hull to length. 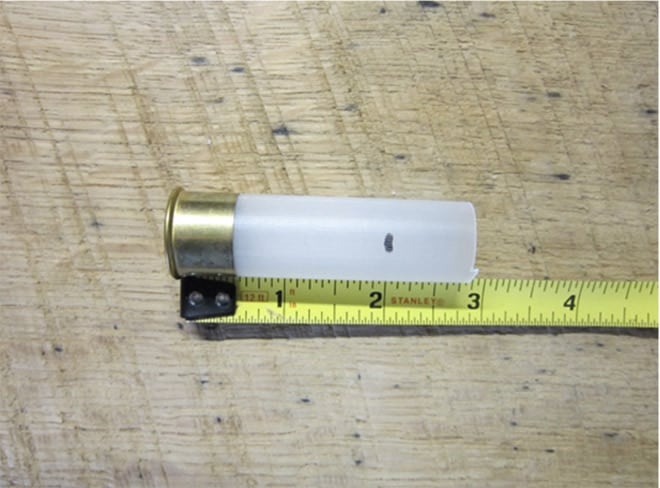 Length markings for shotshells refer to the hull length, not the overall shell. Indeed, the finished product may well be shorter than 2 inches when making “2 inch” shot shells. (Photo: Jason Wimbiscus)

If you have steady hands and are confident in your ability to make an even cut freehanded, then trimming can be accomplished with a sharp utility knife. For the rest of us, however, a specialized tool such as the Ballistic Products Trim Doctor can be helpful. 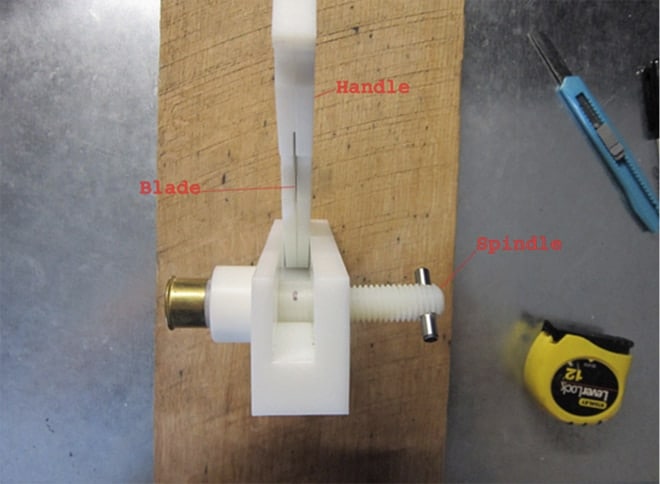 Though not required, a specialized trimming tool is recommended for even hull cutting. (Photo: Jason Wimbiscus)

To use the Trim Doctor, place a hull in the tool and rotate the spindle until the mark on the hull is lined up with the blade as pictured. While holding the hull steady with one hand, depress the handle until you hear a click, indicating the initial cut has been made. Next, retract the handle and rotate the hull approximately an eighth of a turn. Depress the handle again until the blade again cuts through the hull. Keep making cuts in this manner until the trim is complete. 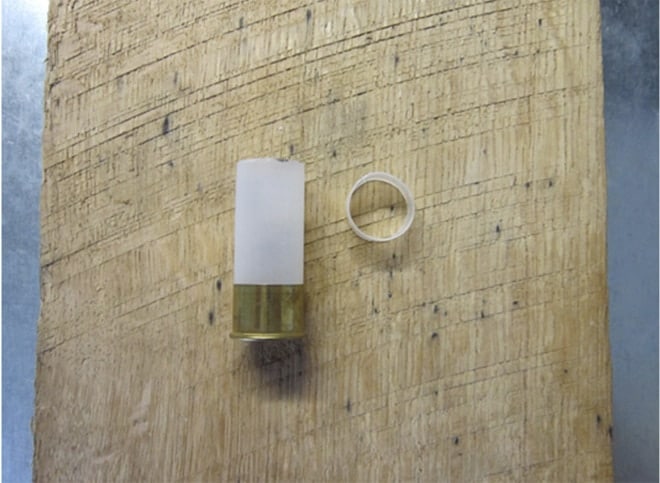 Often, shotshell hulls will first wear out at the crimp and trimming off the tattered end can breathe new life into an old shell. (Photo: Jason Wimbiscus)

Once the cut has been completed, any burrs can be cleaned from the hull’s mouth using a hobby knife. Resist the urge to rotate the hull in the trim doctor in a single, uninterrupted, 360 degree turn as I’ve found doing so usually results in a messy, spiral cut. 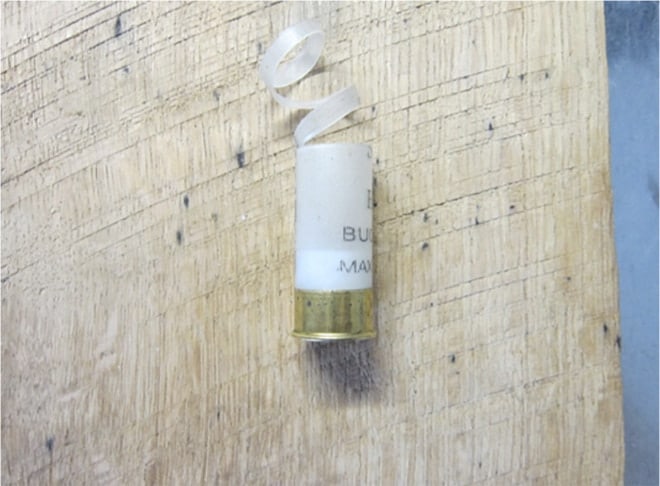 Resist the urge to rotate the hull in the trim doctor in a single, uninterrupted, 360 degree turn as I’ve found doing so usually results in a messy spiral cut. (Photo: Jason Wimbiscus)

Add the powder, gas seal, filler wad, shot, and an overshot card as indicated in the load data. Since space is at a premium in shortened hulls, most recipes do without a space devouring plastic shot cup, instead stacking the shot directly atop a gas seal and felt or cork filler wad. 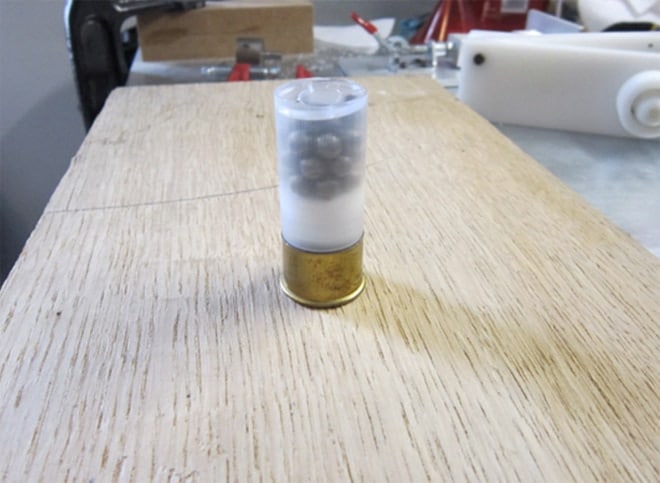 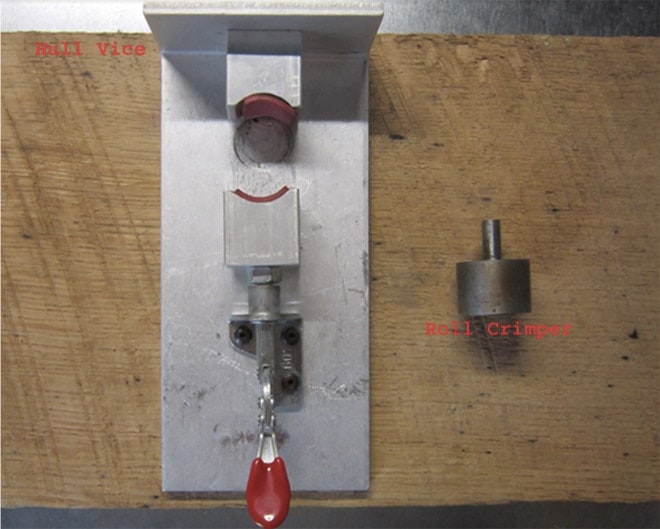 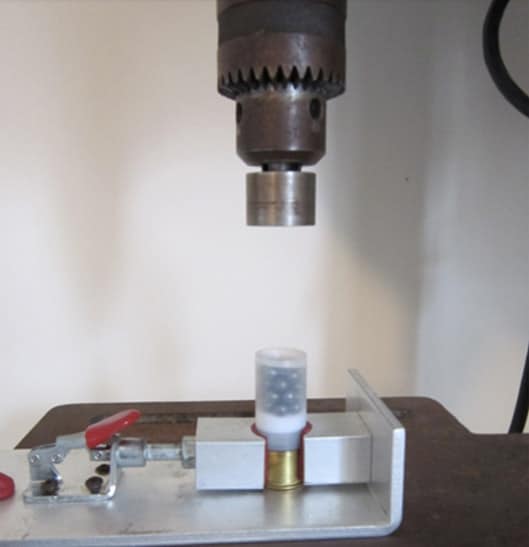 The 12 gauge, “2 inch”, handloads I constructed had an actual overall length of just over 1.75 inches which enabled me to fit six rounds in the magazine of my Benelli Nova which is a two round capacity increase over 2.75 inch rounds. Working the shortened shells through the gun resulted in no feeding or cycling issues. I don’t own a semiautomatic shotgun and therefore do not have a way of determining if the rounds would cause one to choke. All that remains to be seen is how well shortened shotshells perform and pattern when fired and such will be addressed in an upcoming article (or two).