I love AKs. They put up with incredible amounts of abuse, use inexpensive ammo and look super mean. However, when I shot my first WASR I was unimpressed. The trigger slapped my finger, the iron sights were canted and the safety required a mallet to engage. Clearly, this gun wasn’t meant for us, “soft, Capitalist dogs.”

It wasn’t until a friend brought his new Arsenal SLR-107 out to the range that my view of AKs changed — not all AKs are cheap parts guns. Some, like the Arsenal, are purpose-built working-guns that have as much polish as your average AR-15. To scientifically check the SLR’s accuracy, my friend and I shot bowling pins at 75 yards — without missing! The previous AK I shot was so poorly maintained it couldn’t hit the ground if it fell from an airplane. I was in love with the SLR, unfortunately this happened during the panic and an AK of any variety was at least a thousand dollars, so I waited.

During this time my fiance bought his first 5.45 AK, an SGL-31 and it was an excellent rifle. It felt like a cross between an AK and AR-15, plus the ammo was, and still is, dirt cheap. I was dead-set on picking one up myself when I learned that Arsenal was releasing an SLR in an AKS-74u configuration, which sounded perfect for my small frame. I anxiously waited for the release of the carbine and a few weeks later finally got my hands on an SLR-104UR.

AK collectors have been begging Arsenal to release a Bulgarian Krinkov stateside for years. Initially I wondered why AK enthusiasts didn’t simply pay an AK custom shop to create a Krinkov clone. After I researched and priced out the build, I quickly understood why. AKS-74u parts kits are both rare and expensive, they often cost more than a brand new Arsenal AK rifle. Also, with a large sum of money tied up in parts, most shooters would want to send it to a quality builder, which costs even more money. I’ve heard of some builds costing around $2,000 with U.S.-made receivers. That doesn’t bother a pragmatist like me, but a purist would never be satisfied with that. 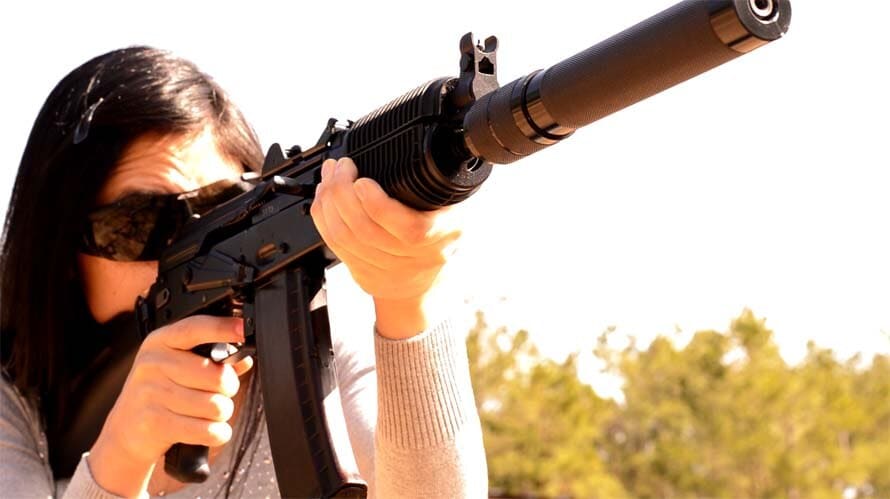 Back to the SLR

The SLR-104UR is as close to a factory-built AKS-74u as most people can afford to get. The differences being its selector switch doesn’t go all the way to rock ‘n’ roll, and the barrel is 16 inches instead of 8 inches. Nevertheless, for most people, these things are too expensive or too much of a legal headache to deal with — assuming you even live in a state that allows it — not to mention a short barreled Krinkov is deafeningly loud.

The biggest distinction between an AKS-74u (Krinkov) and the full-sized AK-74M is barrel length. The Krinkov has an 8-inch barrel, whereas the 74M has a 16-inch barrel. Weight and balance point are different as well. Regarding the SLR-104UR, having the front sight tower closer to the receiver means it has a shorter piston, which causes more weight towards the center of the rifle. This might make recoil feel more stout, but it also makes the rifle feel lighter. This is ideal for small-framed shooters like myself and anyone looking to carry their rifle over long distances.

The SLR-104UR also has a hinged dust cover, shorter sight radius and simplified iron sights. Additionally, the shorter AKS-74u style weapons don’t have a gas tube locking lever. So some movement in the upper hand guard and gas tube is normal. 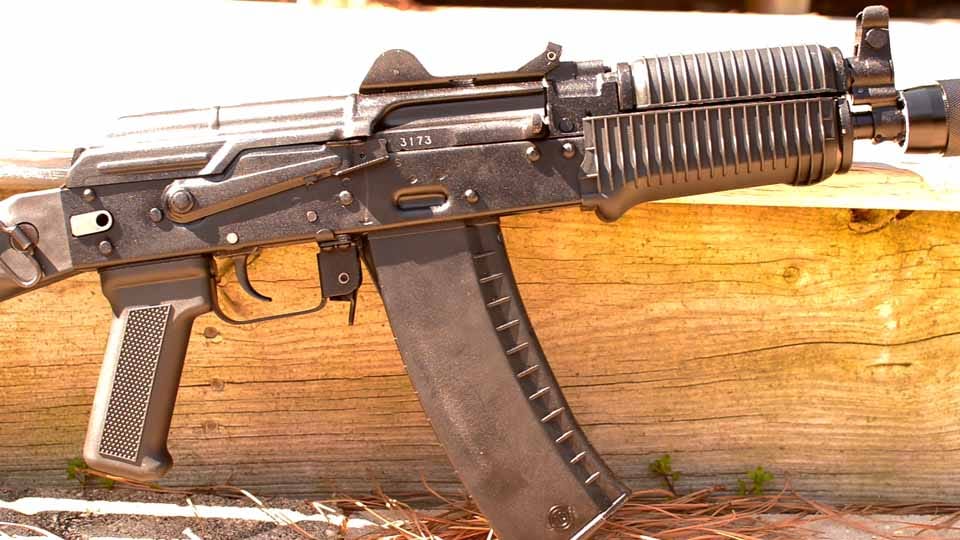 Time at the range

The fit and polish of the SLR is excellent, not just for an AK, but any modern tactical rifle. The SLR features a semi-glossy black paint-like finish on top of a grey phosphate matte finish. The combination is attractive and decently durable. The outer glossy finish isn’t tough enough to take serious wear, but the undercoat is nearly indestructible.

Accuracy with the SLR-104UR was fantastic for an AK rifle, but wasn’t up to snuff with an AR15. The SLR-104UR is certainly combat accurate, but the short sight radius and heavy trigger made rapid accurate shots difficult. Thankfully, by adding a Tapco G2 trigger and a scope rail, shooters can overcome both issues.

The SLR-104UR is a little pricy for an AK, with an MSRP of $1,448, but it’s right in line with AR-15 of similar quality. Shooters who choose to buy one with SBR plans might want to consider that the rifling rate of 1 in 8 inches isn’t ideal to stabilize the 5.45 round out of the traditional 8.3 inch barrel. There are three options to consider: 1) cut the barrel and hope for the best, 2) cut the barrel to 10 inches which imparts enough spin to stabilize the bullet but would look odd, or 3) have a gunsmith replace the barrel with a new one. Obviously having a new barrel installed is the most expensive, but a surefire way to have a perfectly functioning SBR. Personally, I’m going to wait until I see range reports from others who have cut theirs before I make a decision.

With a higher than normal MSRP and the scarcity of replacement parts, most would assume the SLR-104UR is simply a collector’s piece meant to be hung up. Then there is me. I believe that the SLR, with a tax stamp and properly cut and crowned barrel, would be a serious fighting rifle. Ideal for a home defense or bug-out weapon, due to its light weight, incredible durability and unstoppable reliability. Did I mention I loved AKs?