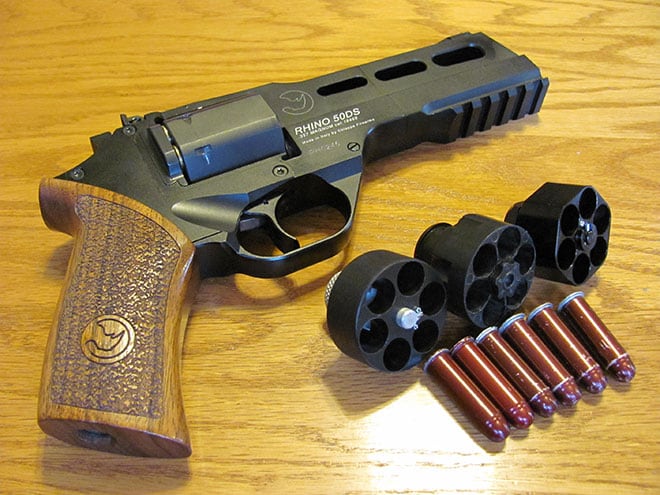 At a shooting competition I’m the only one using a revolver. It leads to a lot of curiosity about my equipment. I’m surprised by how many people have never used a speedloader, or who can’t understand how I use mine so quickly (spoiler: I’m not actually that fast, I just use Safariland Comp IIIs). A key step in revolver shooting is speedloader selection and I hope this article might help people looking for advice.

There’s a lot on the internet about speedloaders, but most of it is coming from fairly narrow perspectives — people who have only used one brand in one gun, or who only use them for duty or concealed carry vs competition shooting, and so on. I’ve been fortunate enough to use lots of speedloaders over the years and here I’ll be writing up a summary and comparison of the major brands and types available with strengths, weaknesses, and ideal userbases.

I’ll be comparing three similar speedloaders for all-around usage; HKS, Five Star, and Safariland Comp II. I’ve chosen these three because they’re functionally and dimensionally similar, and can be used for just about anything. For competitive uses, the Safariland Comp III or Jet Loaders are the best speedloaders for any gun that can use them. But they’re also large and can’t be easily concealed, so for those who like to shoot what they carry or who don’t want to invest in multiple speedloader sets, here’s a comparison of three quality choices.

The HKS is the quintessential speedloader. When somebody says “speedloader”, the image of the little black cylinder and silver knob manifests in most people’s mind. HKS speedloaders are prolific for a lot of reasons — they’re inexpensive, robust, available for a diverse range of revolvers, and have been in production for a long time. 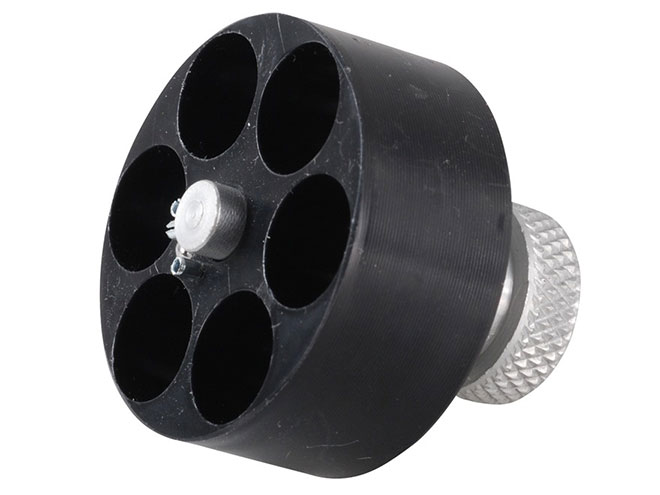 The HKS is a black plastic cylinder with holes cut into it to hold your revolver’s cartridges. At the back end a small silver knob protrudes. This is the only “control” on the device. Turn it counter-clockwise and small prongs lock the rounds in place at the rims; turn it clockwise to release them. It’s a simple mechanism that relies on technique and gravity to use well.

So, having set the standard some time ago, how does the HKS stack up against the more modern designs? Surprisingly well, as fans of 70s cop television will be pleased to hear.

I will say I consider the HKS the lowest-quality of the speedloader options here, but this is hardly a condemnation of the product. It just means the competition is even better. The method of operation is slower. It needs more fine manual dexterity, a concern if you need to use it in a stressful situation. And the HKS permits the most play of cartridges in the loader when they’re locked in place. None of these are overwhelming issues, especially for the price (less than $10 for many models).

So what are the HKS loaders good for? Well… this is where they fumble a bit. If only HKS makes a loader for your wheelgun, then there’s that. If you concealed carry, I think competitors offer better choices and for competition these are the very worst loaders available, though passable. If you’re going to shoot competitively, in the ICORE and IDPA world these are sometimes called “slowloaders” for a reason. Aside from having them issued as duty gear or being the only option, I really don’t see much reason to go with an HKS speedloader anymore.

I recently reviewed Five Star Speedloaders’ ammunition carriers and loading blocks, and was very enthusiastic about the product. While they certainly deserve the reputation, they’re more than just a pretty ammunition carrier. 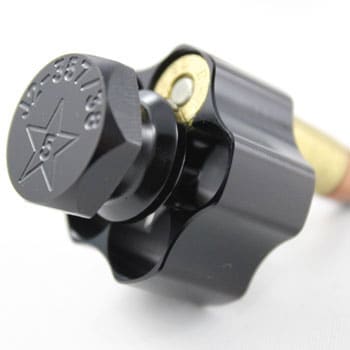 Five Star Speedloaders are a bit of a middle ground between the Safariland and the HKS. Made from CNC machined aluminum, they use a mechanical release similar to the HKS, requiring a knob to be twisted. They’re also available for a pretty broad range of firearms. In terms of profile and weight, they line up quite well with the HKS for similar firearms.

All considered, if the Five Star Speedloader is available for your firearm, I consider them a direct upgrade from the HKS models. It’s very similar in mechanism and size, but quite a bit more durable by virtue of its materials. The catch is they’re expensive by comparison, but well worth the money as they can be carried pretty much forever without issue. This is a one-time investment in quality.

Safariland makes excellent speedloaders. You may be wondering why I jumped past the Comp I model, which is Safariland’s smallest offering. That’s because they only advantage they offer over the Comp II is price and size, and the size difference is so marginal that I can’t see much reason to opt for one unless it’s the only type Safariland produces for your firearm.

The Comp II is a basically a small black plastic tub that ammunition sits in, held by pivoting spokes of plastic. They’re extremely lightweight and handy, with a tiny knob on the back for charging them. Comp IIs are charged by pressing rounds into it and twisting the knob, which is a little small but doesn’t hinder operation much; once charged, it’s no longer used. Instead of relying on your dexterity to find and twist a knob like the HKS or Five Star Speedloaders, the Comp II is spring-loaded to release your rounds when it’s cental spoke makes contact with the ejector star of your revolver. 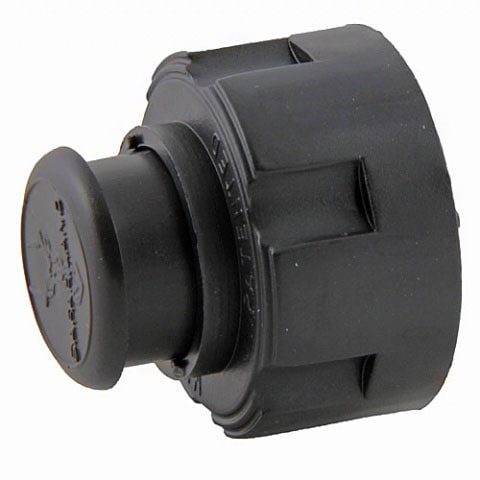 The result is a loader that is easier to use than either of its similarly-sized competitors. It’s wonderful feeling to just push the body of the loader into your cylinder and hear a “pop”, then having your ammunition slide into the chambers of the wheelgun. It’s not just faster — it’s also substantially easier to use in a high-pressure situation. The only real requirement is you keep the gun pointed in a direction that gravity pulls the cartridges into the cylinders.

The Comp II is undeniably well-made and sturdy. It holds the cartridges securely in it’s charging holes. Loading it is easy and it helps speed up reloading. The only real issue is has is that it’s small size makes it somewhat difficult to grasp and draw from a pouch or pocket with the same speed as the Comp III or Jetloader, but that’s an expected part of the compromise. This is foremost for duty or concealed carry, not lightning-fast reloads on the clock.

Of the three duty-sized speedloaders, I think the Safariland Comp II is the overall best choice. Unfortunately, it’s also available for the narrowest range of firearms. Their slight increase in user-friendliness is a very substantial change when you’re actually making the reloads — so much so that you might actually want to consider whether they’re available for a gun you’re going to buy before you buy it. They’re that good.

I used these three Speedloaders in my Chiappa Rhino to test them out. While neither the HKS or Comp IIs are designed for this gun, they work in it perfectly fine (for reference, the HKS loaders are model MK3-A and the Comp IIs are J-GL8C). I also tried loading them each in their respectively designed firearms, and the differences are pretty minimal, so using the same gun allowed for maximum consistency. 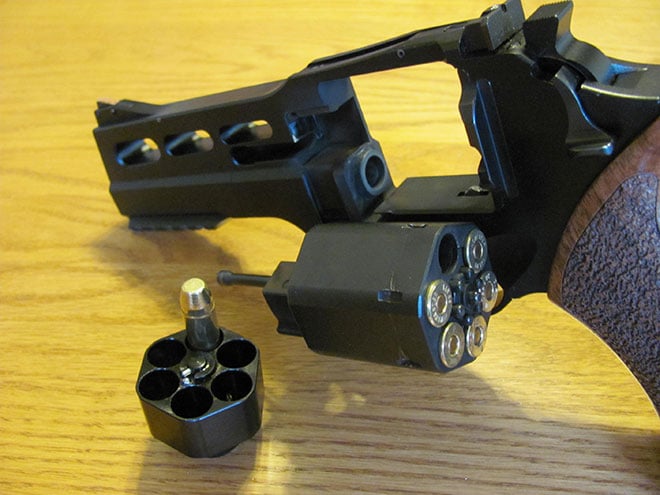 All loaders were used from a waist-high bench close to the body, as I wasn’t testing their holders, either. Guns were fired to empty cylinder, then reloaded. Times represent the period from when the gun was last fired to being reloaded and firing again. I tested each speedloader in this manner primarily from the bench, but also used them in several IDPA practice matches each. I’ll save you the boring spreadsheet and provide the general gist.

All three speedloaders performed very similarly in terms of raw speed in time from shot to shot with a reload. The Comp II averages 5.2 seconds, the HKS 5.46, and the Five Star 5.51. You can make your own choice on how substantial that difference is. The Five Star had user-induced errors the most, typically one of the cartridges not entering the chamber completely; while this is avoidable with proper technique and adequate practice, it was the only loaded where I had this issue when loading under simulated stress, so I’m not sure how important that really is. All considered, you’re looking at a difference by the margins here in raw performance. 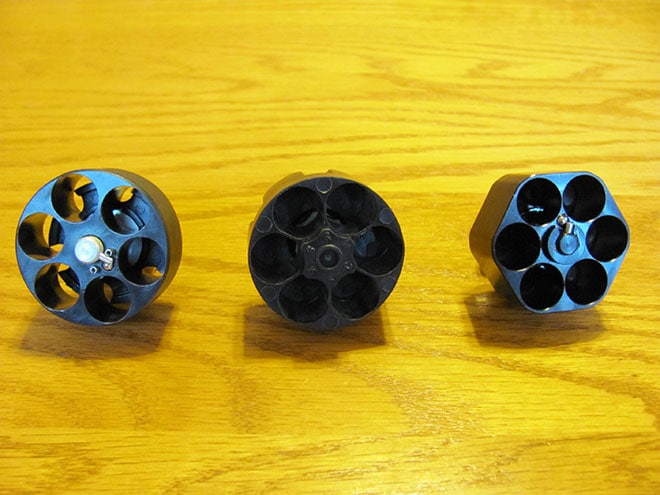 Ultimately, all three of these speed loaders are good products, each with their strengths and weaknesses. I would argue that because of it’s spring-assisted mechanism, the Comp II is the best of them, but it’s only available for a smallish set of firearms. The Five Star loader is great all-around, and I would argue that it’s superior to the HKS; the HKS is inexpensive but not cheap, and widely available.

Practice is the real key with all three, but if you can, use the Comp IIs to make practice a little easier.