Star Model BM: A Colt 1911 for the cash-strapped 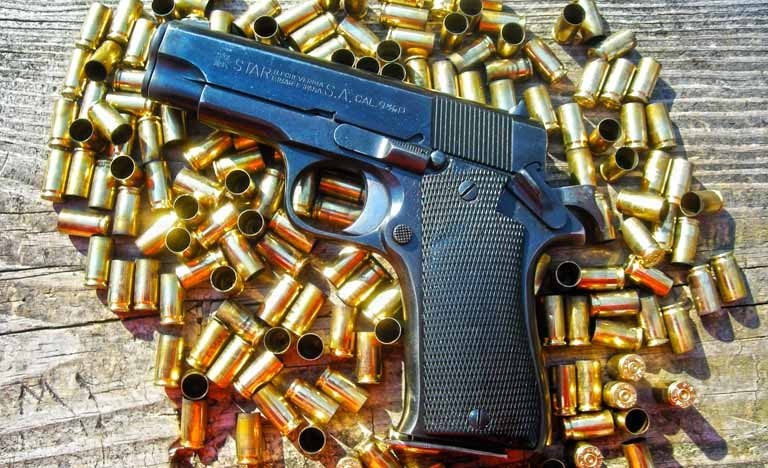 This Century-imported Spanish pistol is your ticket to owning a 1911, sorta. (Photo by Francis Borek)

You’re broke, but love shooting. The used case has nothing in your budget and you really want an M1911, but they’re too expensive. Even if you could afford an M1911, you would need it in .45 ACP, because it needs to pull triple duty as a fun gun, home defense pistol and daily carry gun. If this sounds like you, then feast your eyes on an old Spanish pistol chambered in 9mm, the Star Model BM. While it’s more of a pistol that is heavily inspired by the M1911 rather than a clone, it’s still a reliable, durable handgun that feels like an M1911 – even if it’s not chambered in the venerable .45 ACP cartridge.

Bonifacio Echeverria, better known as Star Firearms, got its start in the Eibar region of Spain in 1905. First making gun components and then a clone of a Mannlicher pistol in .25 ACP, dubbing it the Model 1908. The Eibar region had a long history of weapons production, producing coveted Spanish steel swords and ornately engraved blades. With the outbreak of the First World War, the French military contracted, to a Spanish company, a large order for a .32 ACP semi-automatic handgun. This was for the Ruby pistol produced by Gabilondo y Urresti, better known to American shooters by their later names of Gabilondo y Unceta and Llama. Due to the large order for handguns and the demands of 5,000 handguns to be delivered every month to the French, Gabilondo began to farm out production of both the components and whole handguns. Not only was Star one of the companies that Gabilondo farmed out component production to, but the French wound up buying an improved version of Star’s Model 1908 in .32 ACP, the Model 1914.

After the First World War the French backed out of a contract for more 1914 pistols and Bonifacio decided that instead of cloning European designs, he would concentrate on cloning the Colt M1911. Thereby creating the Star Model B. The US imported the Star Model B in large quantities after the fall of the Iron Curtain. Many German and Bulgarian rear-echelon units used the Model B; even some officers, paratroopers and armor crewmen utilized them.

After WWII, Star began to move away from the straight clones of the M1911 to designs that were more “inspired” by the M1911, such as the Super Model B and the Model BM. The Star Model BM was built from 1972 to 1992 and mostly issued to police and the Guardia Civil. They were also sold in the US and marketed as a carry piece. Most Star BMs you’ll encounter these days will be surplus Spanish police or Guardia Civil examples. Many people who bought the Star BM when it was offered commercially don’t want to part with them and still carry them.

For individuals interested in the markings, the slide features the Star trademarks and the underside of the grip frame features the model designation. Present on the frame are the last two numbers of the year of manufacture (1977). Get ready for the greatest proof mark ever: a sword smashing through a rock or as some say: the skulls of your enemies. Viva la muerte!

The Star BM presented here follows the M1911 design a little closer than the earlier Star Super Model B and retains the swinging link design from the M1911. Aside from the looks and swinging link, the Star BM’s design also varies from the standard M1911. The first noticeable difference is the size; the Star BM is approximately the size and shape of an officer-sized M1911. The Star also lacks a grip safety and the grip frame is shaped like an M1911 with an arched backstrap. The plunger housing is missing as well and both the slide stop and safety have their own separate plungers. 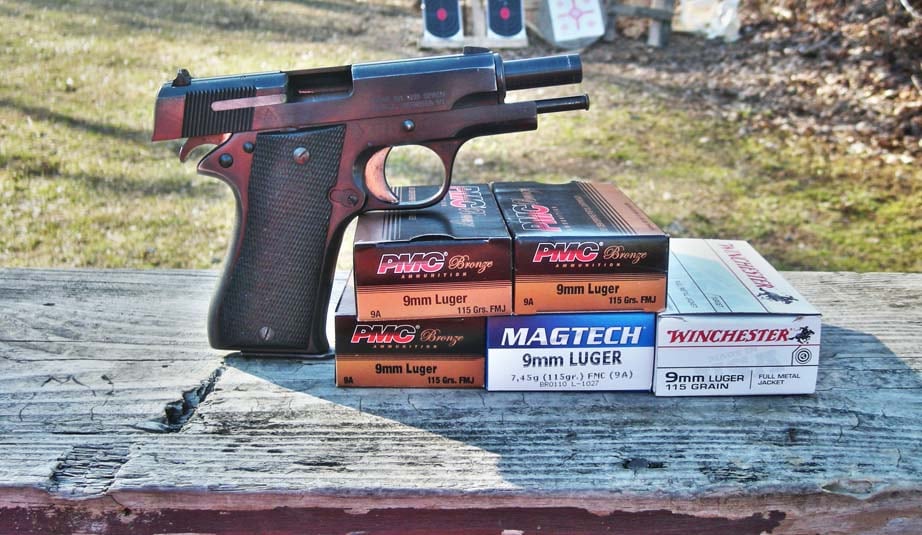 Furthermore, unlike an M1911, the safety disconnects the sear, the trigger pivots and there is a pinned external extractor. There is a magazine disconnect, but it is very easily removed underneath the right grip panel. The grips are shaped very differently from a M1911, and therefore not interchangeable. On this example they are checkered black plastic.

The finish is a nice blue, but not too polished, which I think is due to it being sold to the police or Guardia Civil. – The Star was meant to be a working gun, not a showcase piece. Sights are plain jane pistol sights; rear notch and front blade with no dots or paint of any sort. A standard magazine holds eight rounds and originals can be hard to find. Triple K Mfg. however makes eight-round magazines for the pistol. Take note that the magazines from the Model B and Super Model B will not work in the Star BM.

On the range the Star Model BM is quite the shooter. The single-action trigger is not heavy, but is a little mushy with the magazine disconnect. With the disconnector removed, the trigger is around 5 pounds and is fairly crisp. The short trigger reset also allows for a very rapid rate of fire without too much effort.

In regards to accuracy, the pistol will hit what you are aiming at. I shot this target with the eight-round magazine at ten yards. Even if you do not choose to carry the pistol, it still makes an excellent range gun at an affordable price.

The forged steel frame and slide give the pistol a nice bit of heft that helps to absorb the recoil that you would normally associate with compact pistols. The Star BM shoots just as gently as a full sized 9mm pistol and is a fun pistol to shoot. Just remember to use a firm grip on the pistol. The tolerances on this pistol are loose, meaning it rattles like a shotgun forend. While this helps in the reliability department, the pistol is unforgiving to those who limp wrist the pistol. According to the workers of the store where I bought the handgun, the previous owner had the pistol for a week before returning it. He couldn’t hold the handgun firmly enough and decided to foolishly part with it. 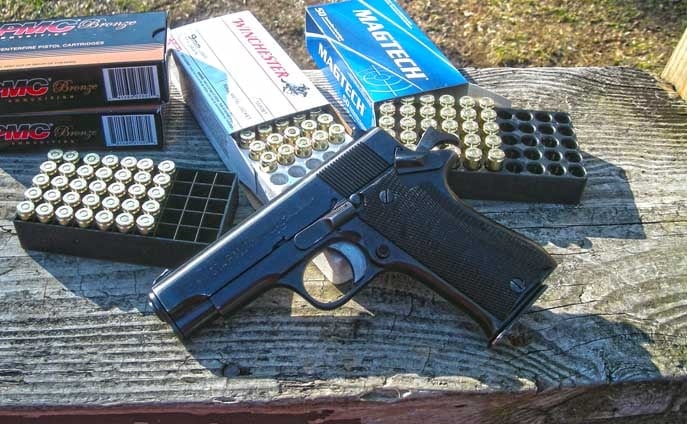 A compact, reliable 9MM pistol I can carry cocked and locked? Sign me up. (Photo by Francis Borek)

The Star Model BM is an excellent little handgun and perfect for people on a budget. The Star Model BM can hold a dual role as a carry gun and a fun gun. While heavy, the Star is also very compact and the weight soaks up what normally would be snappy recoil from a compact pistol. The Star represents the old style of handguns with forged steel manufacturing, instead of stamped steel, alloy frames or polymer.

The best part of these old Spanish workhorses is the price. For $250 or less you can own an extremely durable and reliable handgun. As a bonus it even comes with the provenance of surplus firearms and the look and feel of an M1911. Sadly, Star Firearms went out of business in 1992. Their last series of designs were innovative and high quality handguns based on the SIG P210 and French SACM designs. As a testament to their quality, Star handguns of all different models are still issued to police, security and military agencies in Spain.

While some gun fanciers will deride Star handguns as cheap junk, these shooters are badly misinformed and utterly ignorant. The Star Model BM is a testament to the reliability, durability and the quality of Spanish pistols and to the skill and workmanship of the workers of Star Firearms. Bonifacio would be muy orgulloso.