Semi automatic .22 Long Rifle pistols are some of the most unreliable weapon systems on the planet. Partially because .22 LR ammo can be finicky in magazine-fed guns and partially due to the low-cost nature of most .22-caliber plinkers.

Due to this, I swore off buying .22 trainers years ago and would have never given them a second chance if it weren’t for one pistol that restored my faith. The Walther PPQ M2 SD 22. 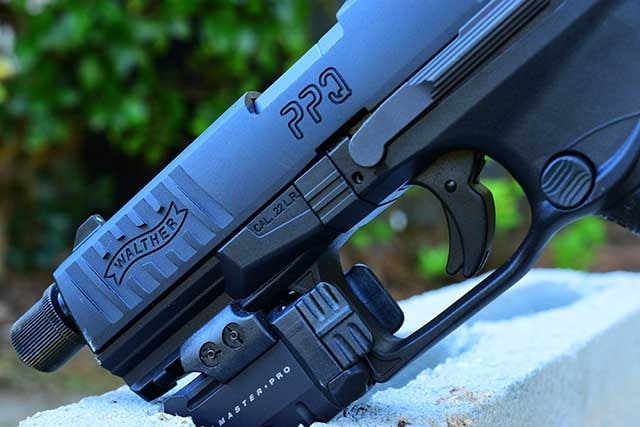 Unlike the centerfire models, the PPQ doesn’t feature a locking breech. Instead of a mechanical lock, the recoil spring combines with the weight of the slide keep the weapon in battery until the internal pressure of the chamber has reached a safe level. In centerfire weapons this normally translates to an extraordinarily stiff recoil spring that makes racking the slide very difficult, like the .380 ACP PPK.

Though other designs like the Hi-Point have overcome this issue by making their slides extra heavy. Thankfully, the mild recoil of the .22 LR cartridge prevents this from being an issue in the PPQ M2 SD 22.

Just like the full-powered PPQ, the 22 variant features the same aggressive texturing and ergonomic finger grooves built into the grip. Despite being slightly smaller and lacking the interchangeable backstraps of the centerfire variants, the PPQ M2 SD 22 comfortably fits a wide variety of shooters. 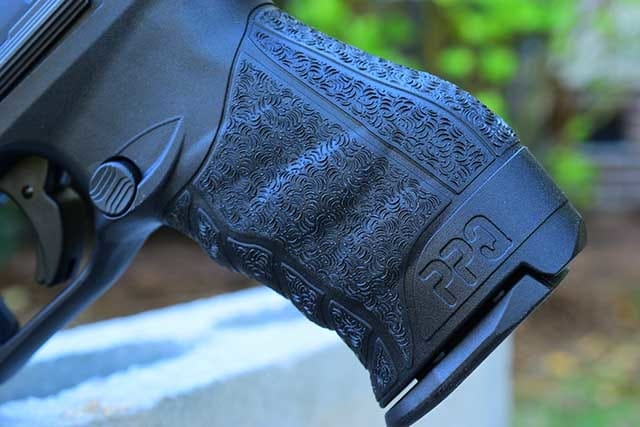 The 22 PPQ might not have the full-sized version’s interchangeable grips, but still fits a wide range of shooters. (Photo: Jim Grant)

What separates this new Walther from other tactical rimfire pistols is its reliability, durability and size.

With a seven-point-1-inch anodized aluminum slide, the Walther not only looks like a full-sized combat handgun, it also feels like one, too. The only exception is the trigger. Full-powered PPQ handguns are striker-fired like Glocks; they have a long, mushy trigger with a clean break.

The .22 PPQ is hammer-fired because a striker would need to have an ultra-heavy spring to reliably detonate the hard primers of .22 ammo. This would substantially increase the trigger pull weight of the PPQ.

Additional features include a railed dust cover for light, lasers or combination accessories and an adjustable rear sight.

Another aspect that sets the PPQ apart from most tactical .22 pistols is its magazine capacity and threaded barrel. This barrel allows shooters to mount flash hiders, compensators or even silencers to the pistol. When coupled with a Crimson Trace Rail Master Pro and SilencerCo Warlock, the PPQ makes one hell of a squirrel slayer. 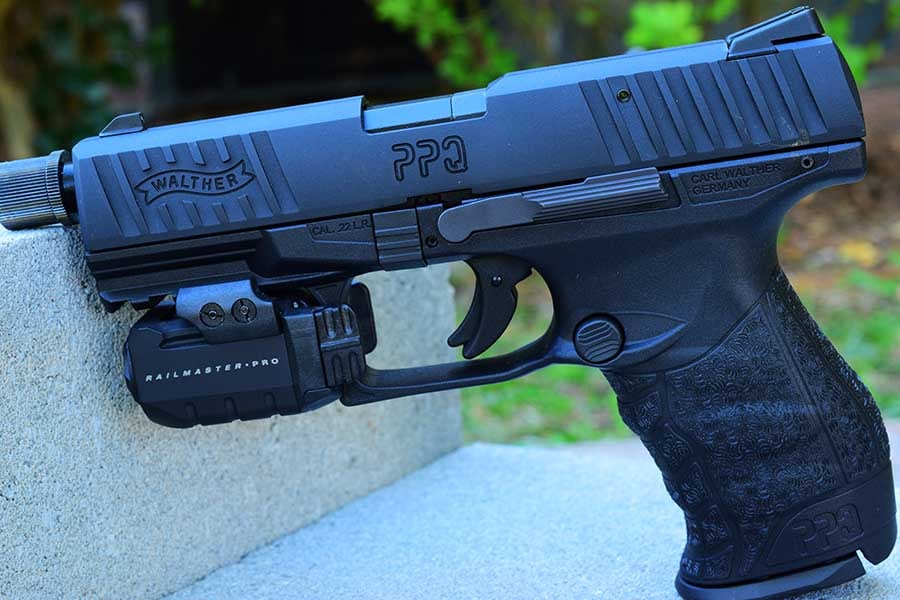 The .22 caliber Walther PPQ not only looks like a combat handgun, it feels like one too. (Photo: Jim Grant)

In my testing I fired 500 rounds of Federal .22 LR ammo through the PPQ and only experienced two malfunctions. Both were struck hard enough to detonate, but the ammo is surplus from the 1970s, and occasionally will fail to fire. While not perfect, it’s more than enough for a non-defensive weapon.

Accuracy from the PPQ is good, averaging 3-inches at 25 yards. While not amazing, this is more than adequate for plinking, pest control and target practice at practical distances. The pistol has enough recoil to make plinking exciting for new and younger shooters and is reliable enough to keep them from being frustrated.

With its steel-reinforced polymer frame, 12 plus one magazine capacity and relentless reliability, this new Walther makes a great backpacking pistol. Shooters looking for a tactical plinker, combat-style training pistol or militaristic suppressors host should take a closer look at the Walther PPQ M2 22.